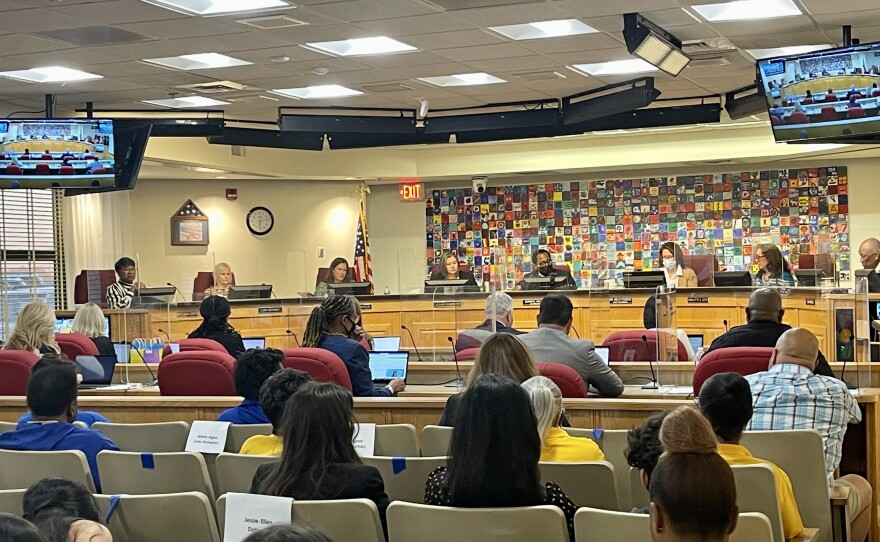 #AskJAXTDY: Why wasn’t the school tax referendum during the general election when more people vote?

With the August primary in the books, and most races going to runoff elections November 8, the Jacksonville Today team is answering your voting questions.

About 29% of Duval voters cast a ballot in the primaries this week, and 53% of those voters agreed to increase property taxes to fund teacher pay raises, arts and athletics in Duval Schools. But as results rolled in this week, Jacksonville Today reader Daniel W. asks:

The district says it needed the vote as soon as possible for recruitment efforts, and didn’t want the referendum to get lost on November’s longer ballot headlined by a heated governor’s race.

But Daniel W., who lives in Mandarin, tells Jacksonville Today he thinks holding the vote in August was an “underhanded” way to get taxpayer money with less voter input. He’s not the only one who feels that way.

A new law the Florida Legislature passed almost unanimously goes into effect this fall mandating that school millage elections take place during general elections, when the largest number of people vote, not during primaries or special elections.

District says its too urgent to wait

In an email to Jacksonville Today, a Duval County Public Schools spokesperson says there are three reasons the district chose to bring the tax increase to voters in August instead of November. The first: because “the teacher shortage is real, so the sooner they know about their future salaries the sooner we can impact that trend.”

The district also wanted to start union negotiations for the pay increase as soon as possible. Lastly, the district didn’t want the referendum to get “lost” on the longer November ballot.

“Our low-budget school referendum information effort would have been lost in all of that media attention,” spokesperson Tracy Pierce says. “As a result, we felt it was best to place it on the August ballot so the public hears all of the relevant information.”

If the school district wants to continue taxing property owners the extra millage rate past 2026, it will have to go up for a public vote during the general election.

Republican state Rep. Will Robinson, R-Bradenton, brought the bill to the Legislature requiring millage referenda to be voted on in general elections, held in November.

“The goal of this bill is obviously to put these initiatives on a general election where the maximum number of voters can review it,” Robinson said in a House committee. “I think that’s where it should be.”

Just two of 150 lawmakers voted against it, both Democrats, and none from Northeast Florida. The law takes effect Oct. 1st this year.

Because the August 2022 election had lower turnout than a general election – the ballot measure won by a much smaller margin than the sales surtax two years ago – in effect, just 15% of Duval voters actively agreed to the extra property tax, 13% actively rejected it and 71% of voters didn’t give their say at all.

By contrast, on the November 2020 primary ballot – when more than three quarters of voters cast a ballot – the half-cent sales tax for school buildings won by a much higher margin. Half of all registered voters actively agreed to the tax, 25% actively rejected it and 25% of voters didn’t give their say.

A sales tax, which affects everyone, and a property tax, which directly affects home and business owners, appeal to different voters. As election results show, precincts that typically lean Republican were more likely to vote YES on the sales tax in the 2020 general election than they were on the property tax during this month’s primary election.

The difference will likely be important if the district comes before general election voters in four years to renew the extra millage. In the meantime, the school district is expecting $81 million a year from the new tax and is beginning negotiations with the teachers’ union about how to distribute that money. The district is expecting the pay bumps to amount to about $5,000 per teacher. Voters across Florida cast ballots Tuesday in the state’s first primary elections after redistricting changed the lines for Congress and the Legislature. In Duval County, voters also passed a property-tax increase to fund public schools, ousted a School Board incumbent and re-elected another and then sent the special election for sheriff to a November runoff. Here are five takeaways from ...
END_OF_DOCUMENT_TOKEN_TO_BE_REPLACED
Read More