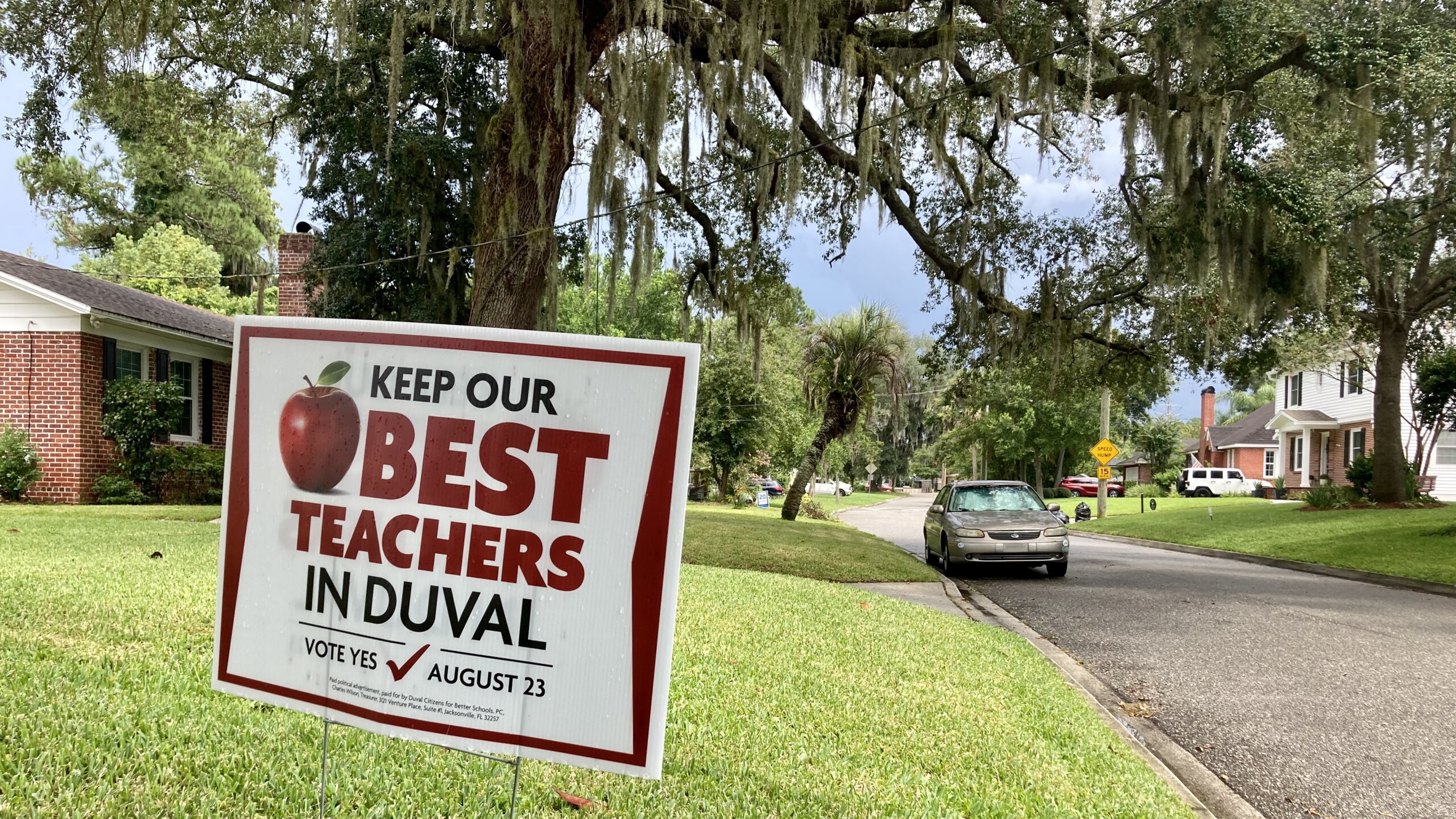 The Duval Citizens for Better Schools PAC, which is funding ads in favor of a school property tax referendum, raised more than $200,000 since May. | Jessica Palombo, Jacksonville Today

The Duval school district is getting another financial boost from voters. With 53% of the vote, Duval voters on Tuesday signed off on a four-year, 1-mill property tax increase to go toward teacher pay, arts and athletics.

The 1-mill increase amounts to about $20 a month for a homeowner with a $300,000 property. The school district anticipates the extra tax will bring in $81 million annually for the next four years. Three-quarters of the funds will go toward teacher pay boosts, about 12.5% will go toward arts and athletics equipment and the rest will go to charter schools, as mandated by a 2019 state law.

Those opposed to the school tax referendum criticized that the teacher pay boosts would likely be short-term bonuses instead of formal salary raises. According to the district, teachers will see boosts around $5,000, pending negotiations with the teachers’ union. The district says the referendum was its only option to get enough funds to increase teacher pay.

The property tax bump for schools is after voters agreed to a half-cent sales tax for updating Duval Schools buildings in November 2020 – 67% of voters signed off on that tax.

Property tax referendums were on the ballot Tuesday in both Hillsborough and Duval, the only two of Florida’s largest school districts without an extra local millage already in effect. The proposal was losing by about a thousand votes in Hillsborough on Tuesday evening.

District 2: April Carney, behind in fundraising, takes the lead

Ads from the Duval Democrats and by a PAC supporting Andersen implied Carney was at the Capitol during the January 6 insurrection, an accusation she did not publicly confirm or refute. Andersen has been on the school board for four years. She’s a former teacher and a mental health counselor. She was endorsed by the district’s teacher’s union and all three mayors of Duval’s beaches.

District 6 winner and incumbent Charlotte Joyce has represented most of southwest Duval County on the School Board since 2018. She focused on “parental rights” in her campaign this year, and filed school board legislation to thank Governor DeSantis for Florida’s new Parental Rights in Education law – dubbed “Don’t Say Gay” by critics. Joyce’s bill was brushed aside almost unanimously by the rest of the school board but drew hundreds of people to school board meetings for public comment.

She garnered DeSantis’ endorsement in the school board race, and more than 16,000 votes in Tuesday’s primary. Joyce’s challenger, former accountant, PTA leader and mom of seven Tanya Hardaker, focused her campaign messaging on financial transparency and addressing the district’s teacher shortage. She took just about 11,000 votes.

Joyce raised about $40,000 in campaign funds and Hardaker about $37,000, according to campaign finance reports.

Though school board races are technically non-partisan, 30 DeSantis endorsements statewide put politics center stage this election cycle. According to a Jacksonville Today count, 25 of the 30 DeSantis-endorsed Florida school board candidates led their races Tuesday. Both Duval candidates won.

In an emailed statement, the Republican Party of Duval County said the local school board election result “rejects the WOKE indoctrination, sexualization and Marxist policies that have been allowed to occur.”

The Florida Democratic Party wrote in a statement following Tuesday’s election results, “While DeSantis has turned school board elections into new political battlegrounds and focused on his personal partisan politics, only 25% of third-graders are demonstrating proficient reading levels.”

Current School Board President Darryl Willie’s seat would also have been up for election this month, but no challengers entered the race. 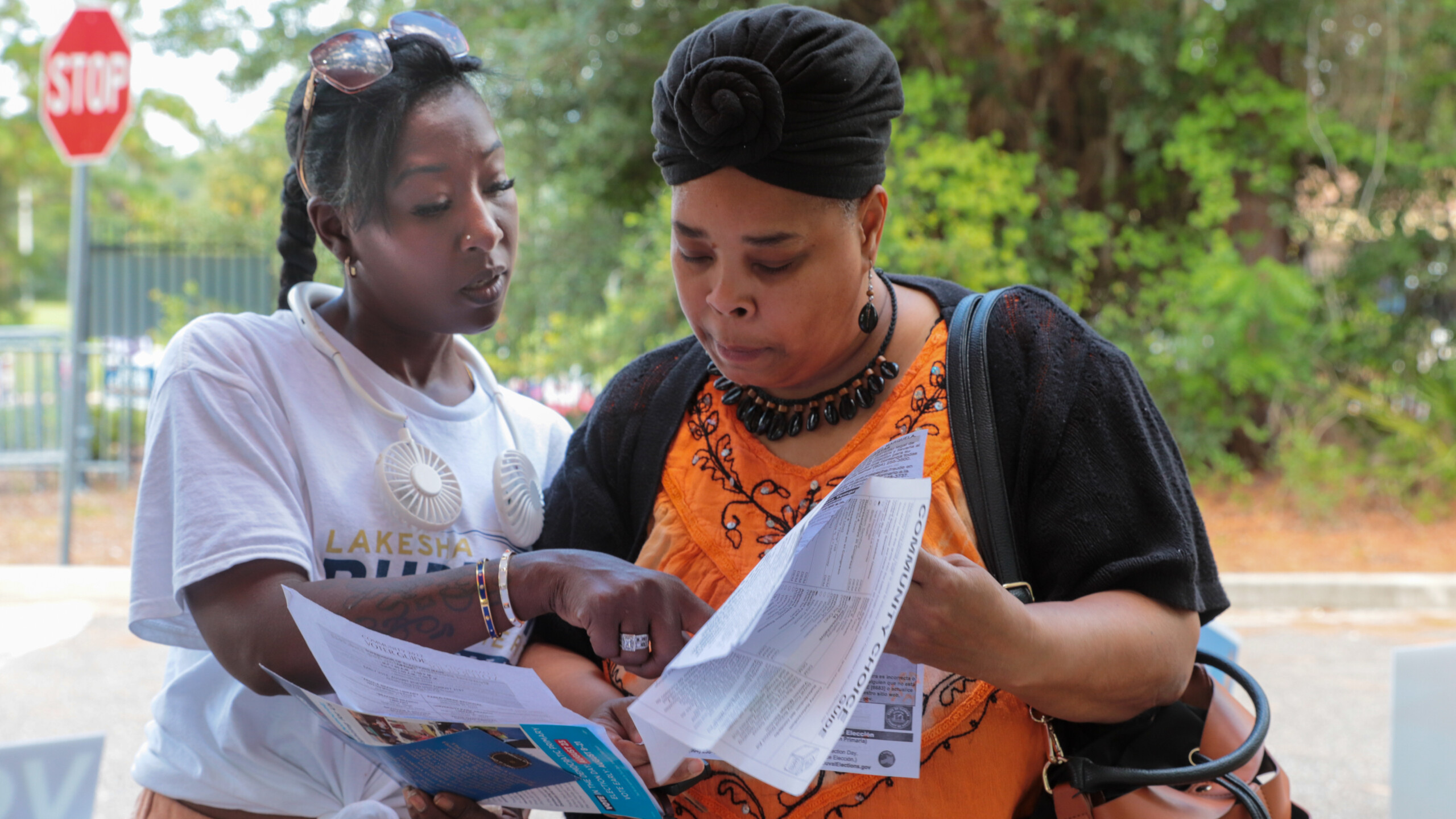