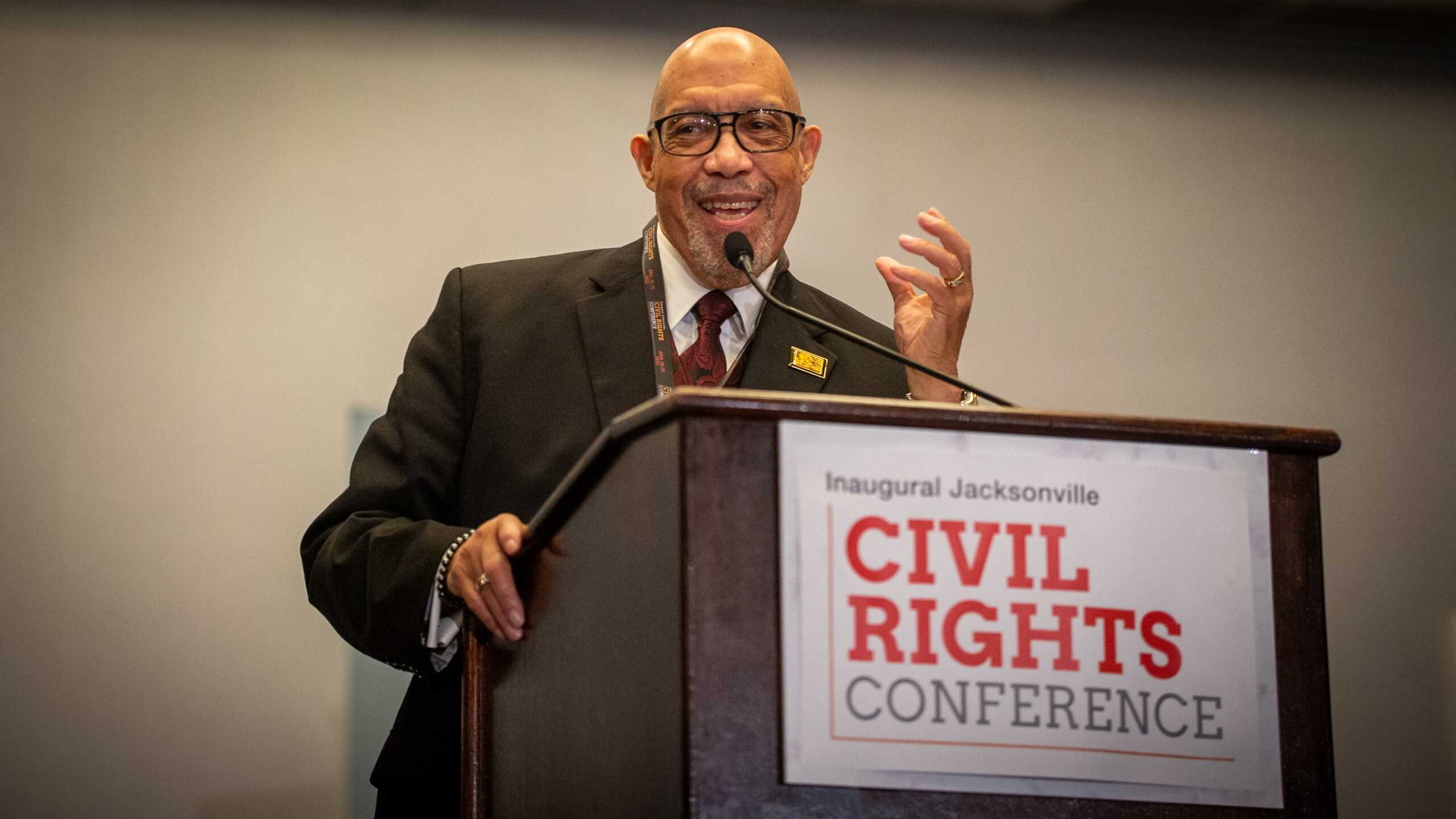 Civil rights conference faces Jacksonville’s past, present and future: ‘It’s in your hands’

The inaugural Jacksonville Civil Rights Conference this past weekend explored how the city can move beyond its segregated history and stratified present. More needs to be done, the speakers said.

Keynote speaker Johnnetta Betsch Cole said, “It’s not hyperbole, it is not an exaggeration when I say: The democracy in my country is under attack. And, most unfortunately, the state in which I was born, the state I call my state, is taking leadership, in terms of politicians’ attacking our democracy.”

Cole is a Jacksonville native who went on to earn a doctorate degree in anthropology, at a time when few Black women earned PhDs, en route to becoming an academic, activist, curator and eventual president of Spelman College and Bennett College.

In her address Friday, Cole said learning is important, but one must take those lessons and share them with the wider world.

To be fully educated, the speakers argued, one must be taught a complete history.

“We hear a lot about Jacksonville never reaching its full potential. And, I think civil rights issues, race equity issues are at the core of why we don’t reach our full potential as a city,” said Miller Electric CEO Henry Brown. “And, we’re never going to get there if we are leaving large sectors of our community behind.”

Brown is the third-generation executive of one of Jacksonville’s largest private companies. He said reading Rodney Hurst’s book about Ax Handle Saturday, It Was Never About a Hotdog and a Coke!, was heartbreaking.

Saturday was the 62nd anniversary of Ax Handle Saturday.

On Aug. 27, 1960, Hurst and members of the Jacksonville Youth Council NAACP demonstrated at a whites-only lunch counter in Downtown Jacksonville to protest segregation and racial discrimination. The students were attacked by a mob of white men. Police at that time did little to protect the teens.

“This conference is about truth. Whenever you tell a lie, you have to tell another lie to embellish that first lie,” Hurst told Jacksonville Today. “The truth, you can tell over and over again. When we talk about the civil rights history and Black history, it’s not like I am an angry black man. All of that is verifiable. When we talk about things that happened in history, those conversations don’t change. They are the same every time.”

The Civil Rights Conference was timed to coincide with the anniversary of that embarrassing chapter in Jacksonville history. It was initially scheduled for 2020, but the Covid-19 pandemic twice delayed the occasion.

The dream to boldly discuss civil rights was deferred, but not denied.

He said, with the three-day conference, he strived to stretch critical consciousness and build community.

Hurst served as master of ceremonies. Between introductions, he intertwined reflections of his youth with personal anecdotes about the speakers in the conference all while tying the Civil Rights Movement to the 21st century.

“(The) Civil Rights Movement has been about we and us, not me and I,” Hurst said.

Pressuring politicians to be on the right side of history

Some were politicians who have the ability to legislate change, including current Jacksonville City Council President Terrance Freeman, as well as declared mayoral candidates Donna Deegan and Audrey Gibson and rumored mayoral candidate Daniel Davis, the CEO of the JAX Chamber.

Throughout the conference, Hurst challenged Jacksonville to evolve from the “embedded degree of tunnel vision” that was prevalent in the 1950s and 1960s into a modern city that embraces differences.

Some work, he said, has been done, but not enough. Advancing beyond that mentality, Hurst said, requires an understanding of all the people in Jacksonville, not solely those of a particular political party, financial means, the right hue or a “proper” deity.

Another way to advance civil and social rights in Jacksonville is for those who were living during the Civil Rights Movement to further embolden millennials and Gen Z to become leaders. Hurst and Cole stressed there is no future if the youth are not engaged.

Paxon School for Advanced Studies sophomore Tiffany Powell had the opportunity to introduce Cole. She was nervous at the prospect of introducing such a transformative woman, but Cole encouraged Powell and told her she was more than capable.

Powell smiled, accepted the encouragement, and confidently introduced the educational matriarch who is a president emerita at both Spelman and Bennett College.

Accepting the baton from older generations is a lot of pressure, Powell admitted. The conference inspired her to push forward.

“What my ancestors and older people have been through, (when) I think I am going through something, they have been through more,” Powell said. “Something or someone is always going to be there to tell you, ‘Keep going and do your best.’”

Powell is a few years away from being eligible to vote. She is active in the I’m A Star Foundation, a Northside nonprofit that trains and prepares teenagers for leadership.

She is about the same age as Freeman Hrabowski was when he enrolled at Hampton Institute.

Hrabowski, the longtime president of the University of Maryland, Baltimore County, shared how he was arrested during the Children’s Crusade in Birmingham, Alabama, in May 1963. Those five days, he says, were the worst of his life.

The more people can be engaged in the conversation, the more that can be learned. It’s a lesson Hrabowski said applies in both the classroom and in civil rights.

In last week’s primary, only 28.8% of Duval County voters participated in the election. Among those who voted, turnout was about equal among Black and white older voters, but a disparity emerged when comparing young voters. Young white voters cast ballots at a higher percentage than young Black voters, according to Andrew Pantazi of The Tributary.

In 2018 DeSantis eked out the gubernatorial race over Democrat Andrew Gillum by fewer than 40,000 votes, and Gillum won in Duval County, which has the largest population of Black people in Florida.

Speaking at the conference, Dyson said the incumbent governor represents a “neo-fascist, authoritarian rejection and repudiation of the truth.”

Dyson said DeSantis’ signed legislation – from outlawing the teaching of critical race theory to intensifying scrutiny of school library books and curtailing what businesses can discuss in training – indicate a thirst for power that’s quenched by white supremacy.

Dyson said,if you don’t want to be subjugated to white supremacy, the first solution is to vote – and hold politicians in both parties accountable for their actions in office.

From there, Dyson said, social advancement in Jacksonville looks like treating others how one wants to be treated, accepting and understanding that Gen Z has legitimate grievances, and recognizing societies are better when they treat women better.

For Johnnetta Betsch Cole, who has witnessed Jacksonville’s civil rights advancement over her 85 years, the conference served as a reminder there is more work to be done. 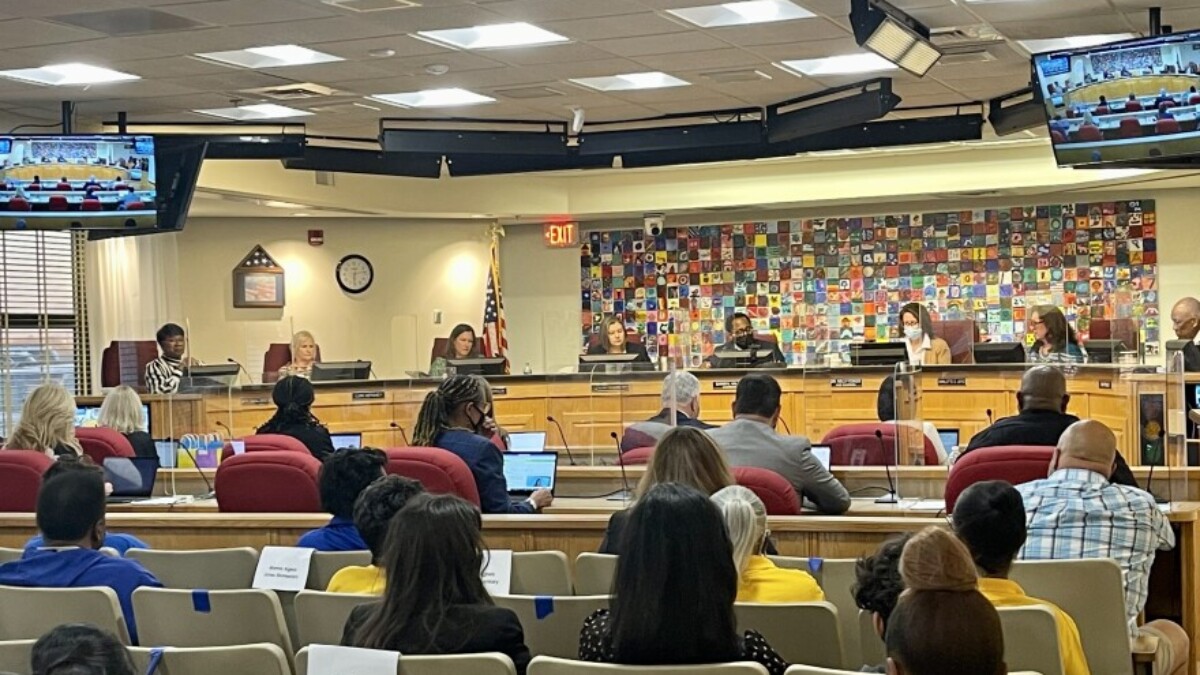 News #AskJAXTDY: Why wasn’t the school tax referendum during the general election when more people vote?

With the August primary in the books, and most races going to runoff elections November 8, the Jacksonville Today team is answering your voting questions.  About 29% of Duval voters cast a ballot in the primaries this week, and 53% of those voters agreed to increase property taxes to fund teacher pay raises, arts and athletics in Duval Schools. But ...
END_OF_DOCUMENT_TOKEN_TO_BE_REPLACED
Read More