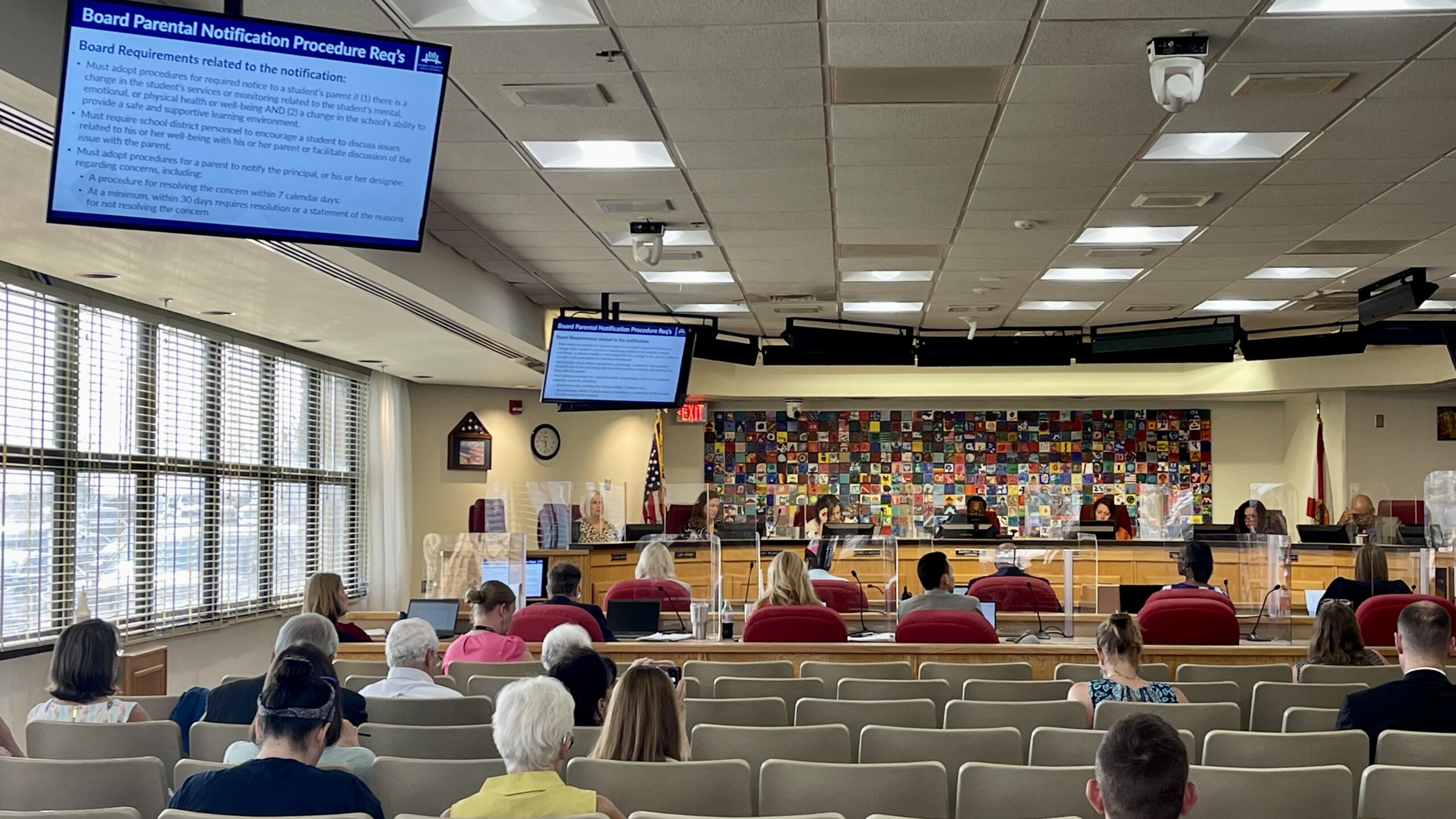 What Duval Schools is cutting from its LGBTQ+ Support Guide

Under the proposal, the district would also adopt a new parental notification policy that triggers an email to parents if there is a “qualifying change” in student services, including a student requesting to change their name or pronouns on class rosters. The planned changes were presented to the School Board during a workshop Tuesday.

According to district Chief of Staff Sonita Young, most of the information in the current, longer support guide (which outlines how to respond to a range of situations to ensure LGBTQ+ students are safe on school campuses) would be migrated to internal staff training documents, available by public records request only. The shorter, revised LGBTQ section of the new comprehensive student support manual would be posted publicly on the district’s website.

The full student support manual is still being drafted, but district attorneys presented a draft of the section pertaining to LGBTQ+ students during Tuesday’s meeting.

The former 37-page support guide was drafted in conjunction with local LGBTQ+ support groups after the district passed its equity policy in 2012. The new version was written by district legal counsel who were tasked with complying with new Florida laws, including the Parental Rights in Education law. According to district attorneys, the state’s Department of Education did not provide technical guidance, and Duval’s new draft document is the result of their own interpretation of the law.

Here are the 5 biggest changes under the plan:

District staff are planning to finalize their comprehensive student support guide, including the LGBTQ+ support section, by next month. Because the document is a school resource document, not official School Board policy, the board won’t be voting on it, according to a district spokesperson.  The School Board will have to sign off on the new parental notification policy, ahead of Florida’s new Parental Rights in Education Law’s taking effect July 1.

News Some Black groups say they were left out of Jacksonville’s bicentennial, so they’re holding their own events instead

Celebrating the city’s two centuries of history – warts and all – was the challenge the Jacksonville Historical Society was tasked with ahead of Jacksonville’s official bicentennial celebration next month.  The society’s work has not been universally applauded. Leaders from a handful of Black organizations, who say they were left out of the bicentennial planning process, are holding historical commemorations ...
END_OF_DOCUMENT_TOKEN_TO_BE_REPLACED
Read More