Some Black groups say they were left out of Jacksonville’s bicentennial, so they’re holding their own events instead 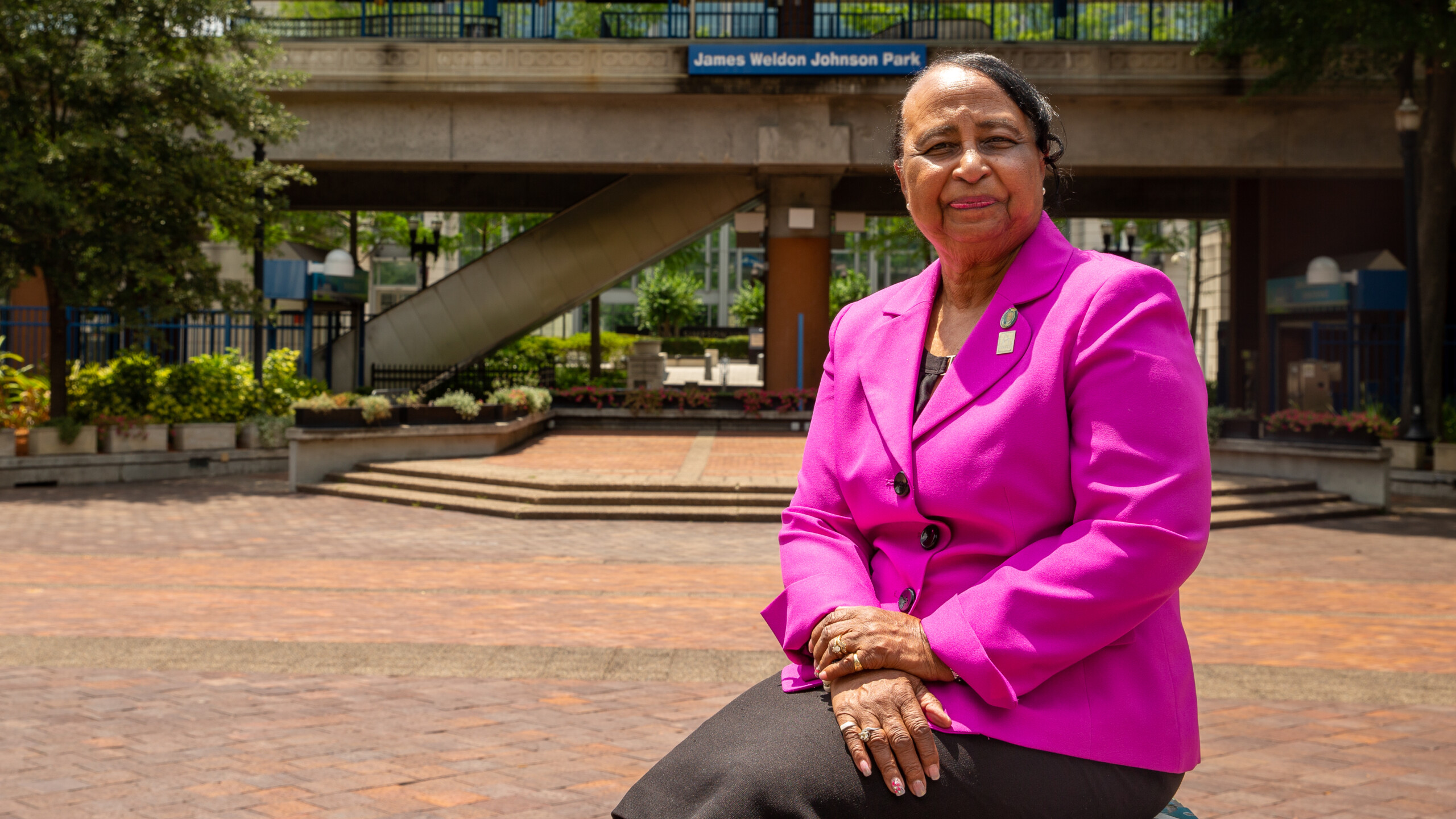 Hazel Gillis is the president of the James Weldon Johnson chapter of the Association for the Study of African American Life and History. Her organization, and Black-led groups in town, feels left out of Jacksonville's bicentennial celebration that is slated for June. | Will Brown, Jacksonville Today

Celebrating the city’s two centuries of history – warts and all – was the challenge the Jacksonville Historical Society was tasked with ahead of Jacksonville’s official bicentennial celebration next month.

The society’s work has not been universally applauded. Leaders from a handful of Black organizations, who say they were left out of the bicentennial planning process, are holding historical commemorations of their own and won’t participate in the city’s celebration, which will begin on June 10 and include dinner parties, street festivals and a discussion on the city’s origins.

Hazel Gillis, president of the Jacksonville chapter of the Association for the Study of African American Life and History, felt disrespected by the lack of an invitation to help plan the bicentennial. She’s concerned that what she sees as a lack of Black representation will lead to a commemoration that sanitizes the city’s history.

Gillis declared in a press release that Jacksonville’s “major Black organizations” were not included in preparations — although the task force that planned the weekend of festivities includes representatives from civil rights and urban core advocates like the Jacksonville Urban League and 904Ward, in addition to a range of churches, economic development organizations, colleges, cultural organizations and the city’s professional football franchise.

Still, Gillis says she worries the less idyllic portions of the city’s history – from the eight recorded lynchings during the Jim Crow era, to the false promises of consolidation to the plight and blight in the urban core today – will be diluted during the bicentennial celebration.

“We have to tell the complete story, not the half story, of what went on,” Gillis tells Jacksonville Today. “That’s what has happened in the past. Our history has been whitewashed. We have only been taught the good points in school, not everything. We need to tell the truth.”

The Historical Society acknowledges that with a celebration that is 200 years in the making, there is always more than can be done.

“The (Jacksonville Historical Society) has been able to coordinate the basic infrastructure for the bicentennial… logos, website, task force, budget…but, we will never feel as if we have done enough to include everyone,” Dave Auchter, chairman of the Jacksonville Historical Society’s Bicentennial Task Force, wrote to Jacksonville Today. “We have, however, created a space and community event for anyone to get engaged. Dozens of diverse vendors and nonprofits have heard that call, registered and are busy making plans to be there on June 11.” [Editor’s note: WJCT, the parent organization of Jacksonville Today, is among the groups on the Bicentennial Task Force. No one on the Jacksonville Today news team has been involved in the plans.]

A segment of the community feels excluded to the point that it will celebrate local history on its own this spring. Eschewing the city-wide celebration, the local NAACP branch will partner with the MLK Foundation for a parade at the Ritz Theatre on June 18, echoing the two separate MLK Day breakfasts that have been held in Jacksonville for the last four years. Meanwhile, Gillis’ organization will hold an Emancipation Day celebration at Lonnie Miller Park on Friday, May 20, the day before the city will hold its own official Emancipation Day celebration at James Weldon Johnson Park.

The Jacksonville Progressive Coalition also will not participate in the city’s bicentennial. On Monday, its founder, Wells Todd, was among those who gathered for a unity protest against racism on the steps of City Hall.

While decrying white supremacy after the hate-motivated shooting at a grocery store in Buffalo, New York, Todd said more must be done in Jacksonville to address the same issues.

“If you think you are going to celebrate a bicentennial without protest, without marching, without rallies, you are out of your mind,” Todd said.

As he spoke, Todd wore a hat with the South African flag on it. He argues South Africa has done a better job of racial reconciliation and admitting the insidiousness of racism than the U.S. has.

In April, when the City of Jacksonville and Jacksonville Historical Society announced the schedule of festivities, Mayor Lenny Curry stressed the ceremonies would be inclusive, while filled with celebration, recognition and promise for the future.

“We will mark this occasion by honoring all (of) Jacksonville,” Curry said at the time. “Since our city’s founding, Jacksonville has borne witness to the arrival of steamships and railroads. The Great Fire of 1901, two world wars and an evolution from an early European settlement into today’s thriving city.”

While it’s true that Jacksonville’s economy is thriving as it prepares to enter its third century – March’s unemployment rate is below where it was in December 2019 and the labor force has expanded by 17,600 people since then – Todd says the city must do more to address housing affordability and the ills of working-class people that have persisted during the city’s pandemic-era growth.

In April, Jacksonville Historical Society Executive Director Alan Bliss said Jacksonville’s rich Black history will be part of the bicentennial celebration, with representatives from Durkeeville’s neighborhood association, the historic Eastside and historically Black Edward Waters University engaged in plans. “There are as many stories of the African American community as there are any other group of citizens in the city’s history. It’s one of the things that makes it such an interesting place,” Bliss said.

“Jacksonville’s oldest church is Bethel Institutional Baptist Church,” he said in April. “Bethel is a place where whites and African Americans worshiped in the same setting until the Civil War…That church has survived, prospered, gone through wrenching changes and now has a remarkable historic sanctuary.”

Bethel’s historic sanctuary is believed to be one of the first places where “Lift Every Voice and Sing,” written by Jacksonville’s James Weldon Johnson, was performed.

Gillis says, although teaching about the accomplishments of Johnson are laudable, Jacksonville history includes scores of other pioneers whose stories are being forgotten.

“If we don’t tell our history and have it told accurately and completely, then we are going to lose our history,” she says. “We have to continue to tell the truth and not leave out parts that are unpleasant.”

“I won’t minimize anyone’s concerns about inclusivity and in fact welcome it,” Auchter wrote. “I hope it invites greater attention to the bicentennial milestone for our community and motivates positive engagement and outcomes.”