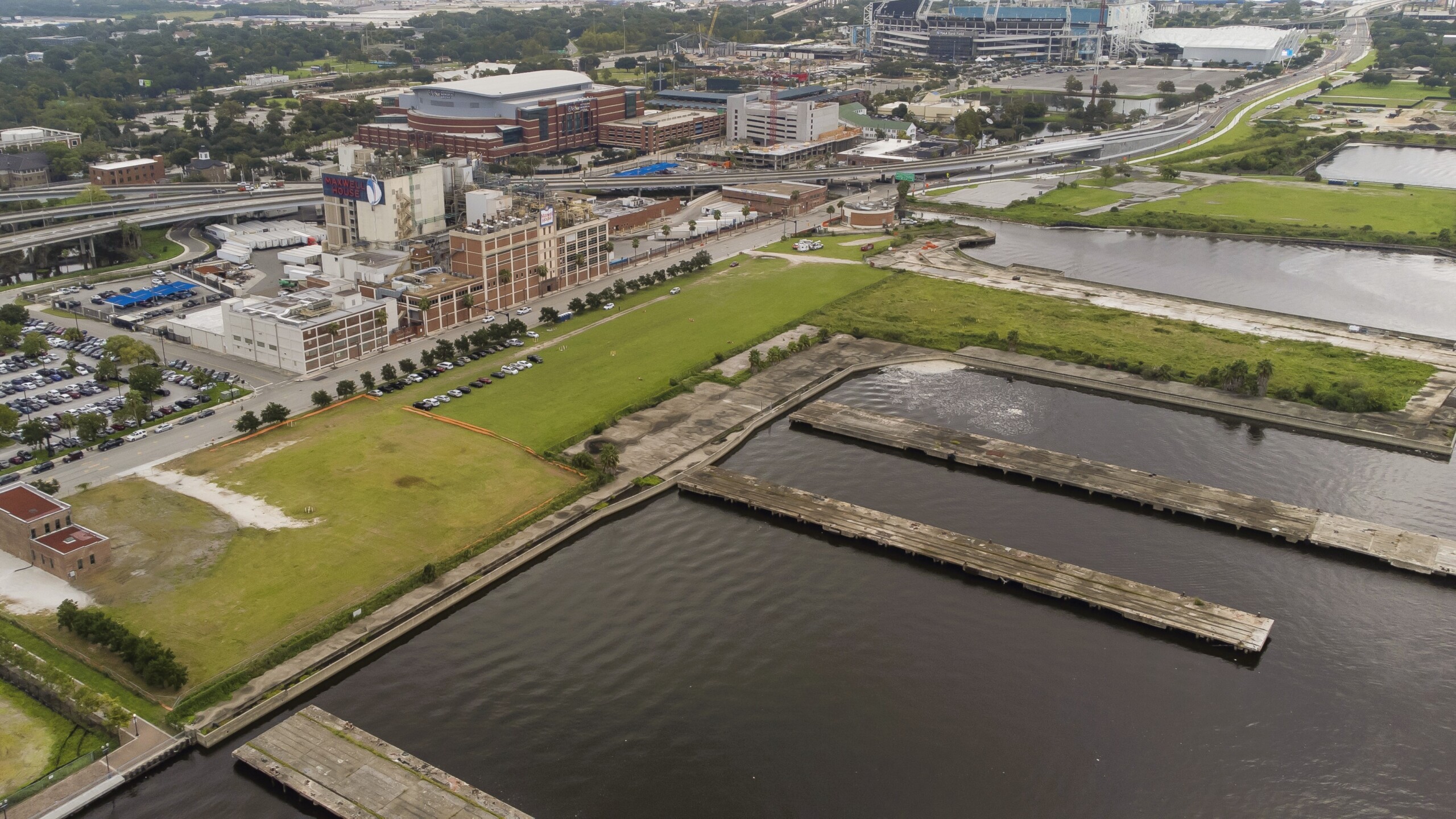 The future of planned commercial, retail, recreational and residential development along East Bay Street continues to crystalize with the selection of a Boston-area firm to help design a 10-acre park that will be part of Downtown Jacksonville’s future waterfront.

The Downtown Investment Authority says Agency Landscape + Planning LLC, a landscape architecture and urban planning firm based in Cambridge, Massachusetts, has been selected to develop a design for the planned 10-acre Shipyards West Park nearby.

The news comes as construction work begins on the Four Seasons hotel, office building and expanded city marina on the old Kids Kampus site, and as designs are released for the second generation of Jacksonville’s Museum of Science & History.

The first of multiple public meetings for residents to look over initial plans for the park and the rest of the developments along the river is now set for 5 p.m. Feb. 8 at the Main Library, 303 N Laura St. DIA CEO Lori Boyers said the agency is excited at the progress.

The DIA was created to revitalize Jacksonville’s urban core, and the agency and city officials have been working on this plan for development of riverfront property east of Downtown for some time.

“We realized that from a public perspective, it doesn’t really become reality until you start to see people breaking ground and start to see things happening, and we are finally at that stage,” Boyer said. “Many pieces of it are coming to fruition, a big important piece of it the Four Seasons and the office building, and the reconstruction of the Met Park Marina on the eastern end.” 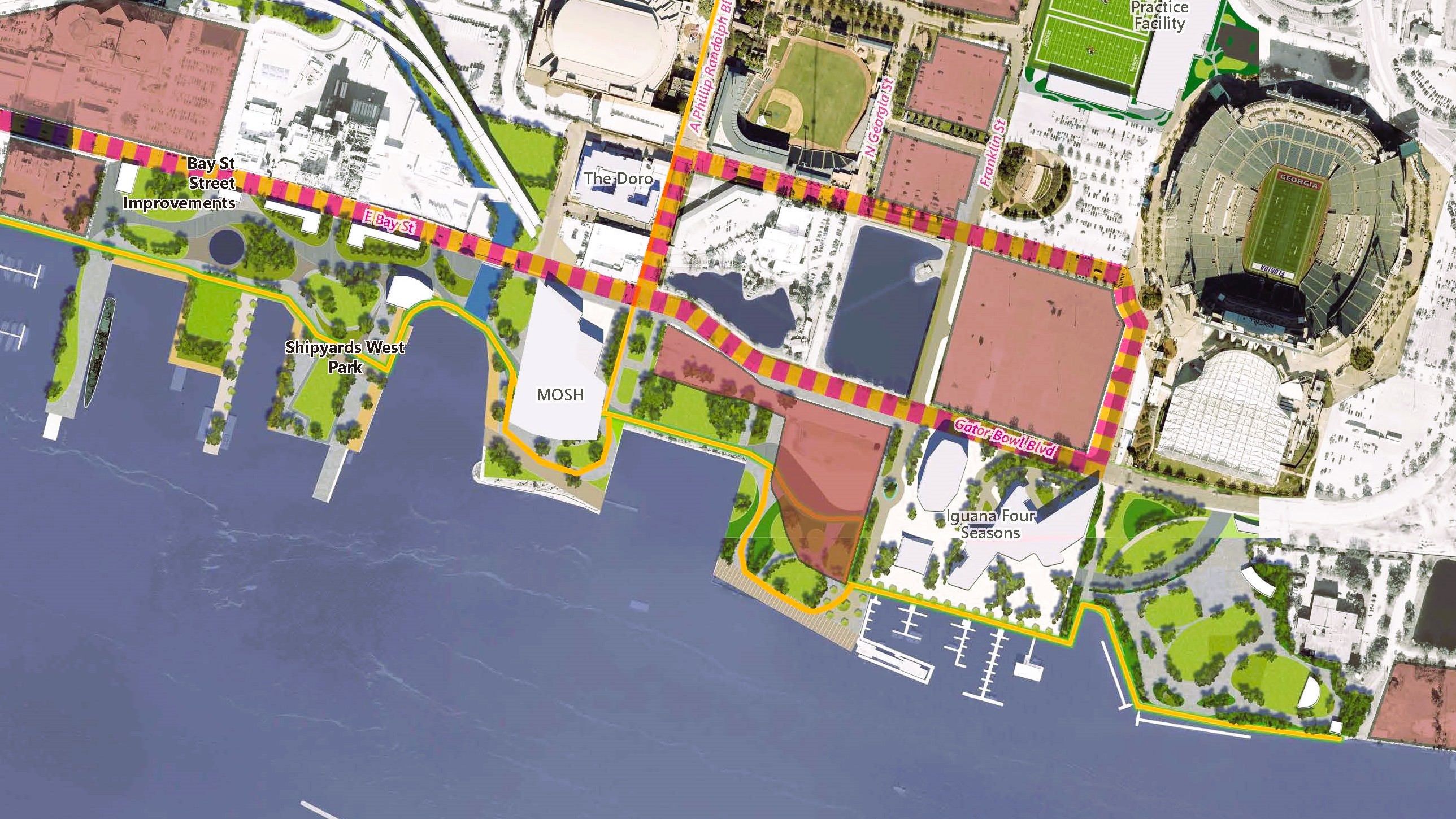 Other parts of the planned riverfront development include a 6,500-square-foot event lawn on the hotel/office building/marina site, improvements to the Metropolitan Park Marina, and the Jacksonville Fire and Rescue Department’s Station 39/Marine 35 moved from the public marina at 1408 Gator Bowl Blvd. to privately owned land just east of the WJCT studios.

With projects shaping up, a family could visit parts of Shipyards West Park, the renovated marinas or other development along that mile of St. Johns River as early as 2026, Boyer said.

“We recognize this opportunity — the Shipyards West Park design project — as a critical next phase in a long and building riverfront legacy story for Jacksonville,” said Gina Ford, cofounder of Agency Landscape. “Change seems to be everywhere — the momentum established through years of incremental planning and building. The Shipyards as a whole is a once-in-a-generation opportunity to shape a regional riverfront destination.”

Where the projects stand

The Jacksonville Shipyards gets its name from a huge ship repair and construction drydock site along the waterfront that began in the early 1900s and shut permanently in 1992. A number of proposals to develop the waterfront site into condominiums, retail, restaurant and recreation sites came and went in the 1990s and early 2000’s, until the current proposal was floated.

Here are the plans between the Berkman Plaza condominium and Metropolitan Park:

FIRE STATION 3: The historic Fire Station 3 museum was rebuilt after the 1901 blaze and moved in late March to its current site at 620 E. Bay St., next to Pier 1. It was an important part of the riverfront redevelopment plan, Boyer said.

THE USS ORLECK: The fire station sits next to the future home of the USS Orleck naval ship museum, which will move in March from the Hyatt Regency Jacksonville.

MOSH: MOSH plans a dramatic new home on 2.5 acres of the Shipyards with a riverwalk and planned park space, just east of the Orleck and fire station and across from Intuition Ale Works. MOSH will move from Museum Circle on the Southbank, with a possible opening in 2026.

“MOSH is moving forward with their design and would be right in the middle of it,” Boyer said. “It will really be a pretty extraordinary public asset down that stretch.” 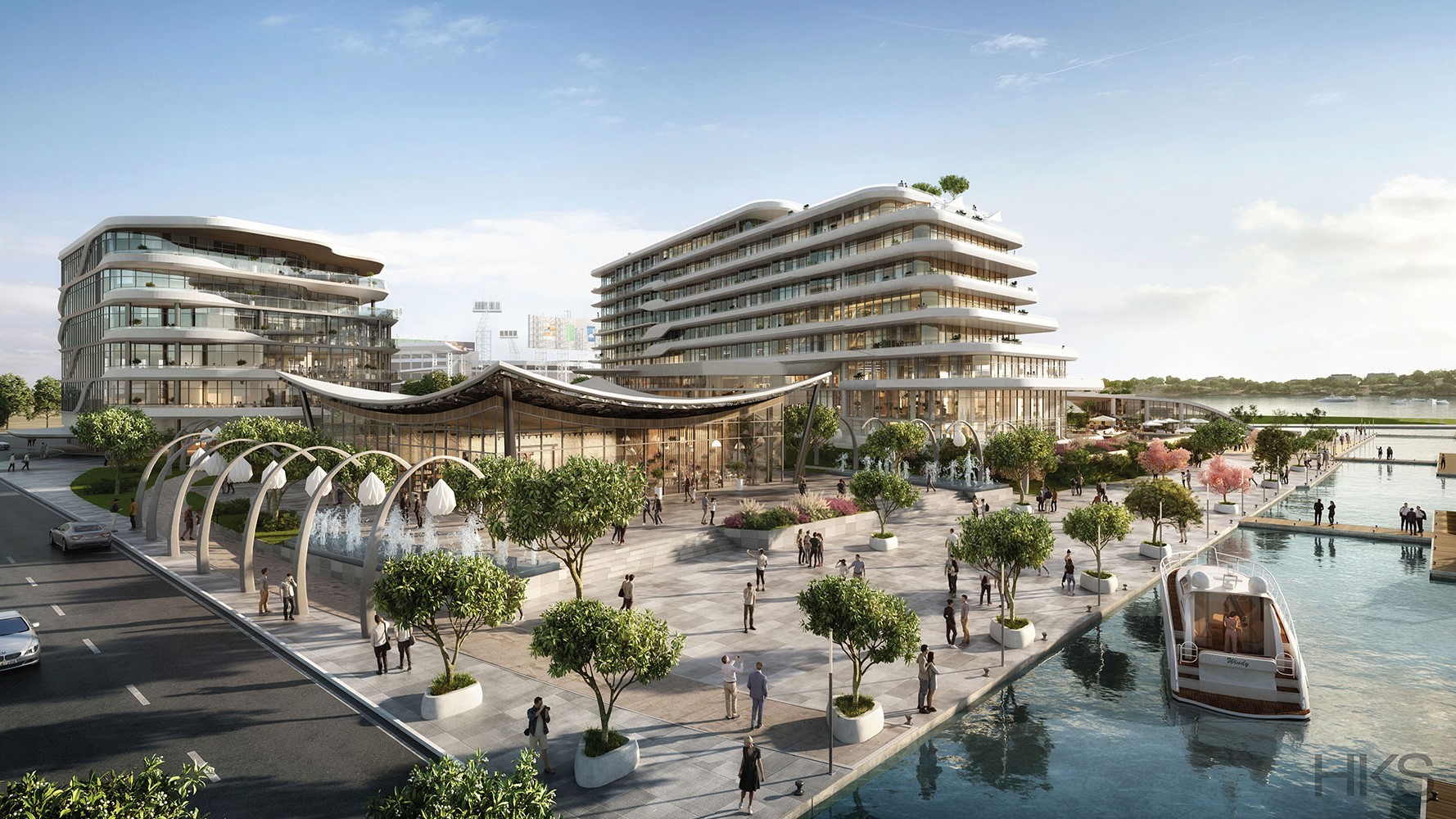 THE FOUR SEASONS: Jacksonville Jaguars owner Shad Khan plans a Four Seasons hotel-anchored project just east of there, next to a city marina, which also will be rebuilt. The Downtown Development Review Board granted final approval May 12 on designs for the project from Iguana Investments Florida, Khan’s development company.

SHIPYARDS WEST PARK: The park would sit east of the Four Seasons, between Catherine Street and Hogans Creek and across from the Maxwell House plant. The land is currently used for Jacksonville Jaguar and concert event parking.

The DIA and the city are partnering with a team of landscape architects, designers, engineers, ecologists and community engagement experts to design the park together with residents. Agency Landscape joins a core design team of designers and engineers at New York-based WXY and Haskell of Jacksonville, both architectural and design firms.

As the DIA’s website puts it, the park’s design will honor the site’s unique historical and ecological heritage, strengthen the connection of the waterfront to the city and the community and “intentionally link” the Downtown’s center to the sports and entertainment complex and its planned new hotel, restaurant and sports facilities.

“They have done a lot of similar projects, but also projects in areas that had environmental issues or nuances that you had to deal with,” she said. “We wanted someone that was capable of dealing with those details. … There are many other parks that they used in their bid process as examples of work they had done that certainly influenced us and were things that appealed to us and we could take bits and pieces of ideas from.” 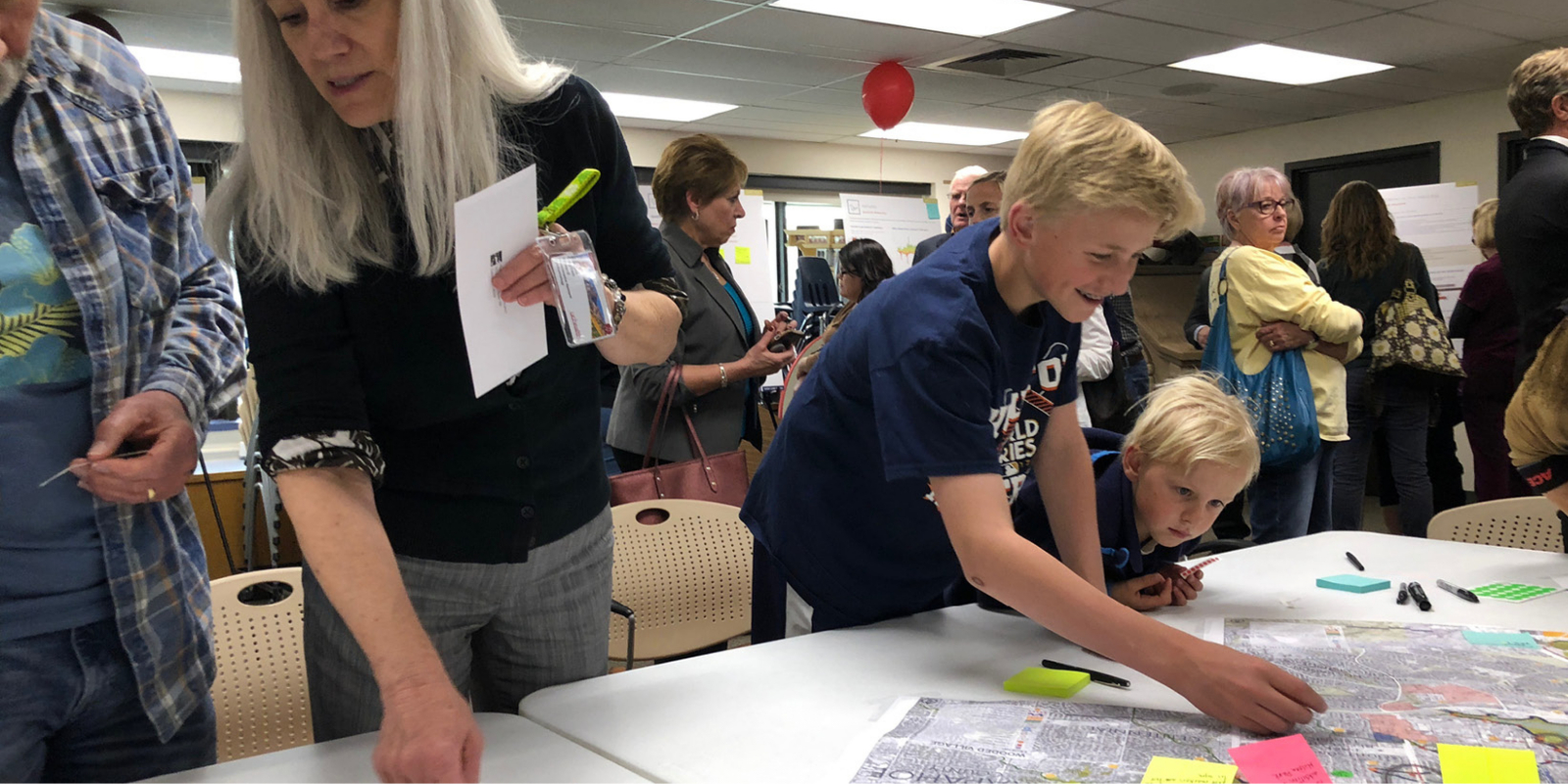 The Shipyards West Park design is in its preliminary stages. But the public meeting Feb. 8 is the first of a series of community meetings to get reaction from residents and businesses to that plan as well as other parts of the waterfront development, Boyer said.

“We want to give residents an update generally on the whole riverfront park system, because there are so many things happening,” she said. “That will be an opportunity to meet with the design firm, provide public input on the design, and we will have a preliminary design concept at that point that we can show the public that they can respond to and comment on.”

As for the potential of any soil contamination at the park site after almost a century of shipyard work there, Boyer said cleanup was done after it closed with a cap of fresh soil added, and there are monitoring wells to check for any issues.

As part of the city’s resiliency plans, the Four Seasons and other developments will be built at higher elevations to protect from flood damage, as will the park, she said.

“Adding soil to it is the method that you use to deal with contaminated sites in any event,” she said. “So adding soil to create contours on the park plan is perfectly consistent with what would be required if we were just going to remediate it and build something else on it.”

The Shipyard West Park project needs to be at 60% design by July, under construction by the end of this year and the first sections opened by next year, Boyer said. Catherine Street will be extended to Fire Station 3 and the USS Orleck for parking soon, with public restrooms added there. Another public marina is being planned in the next few years for Liberty Basin, the waterfront behind the former Duval County courthouse, which was demolished in 2018.

“What you are going to see is a lot of it happening at the same time,” Boyer said. 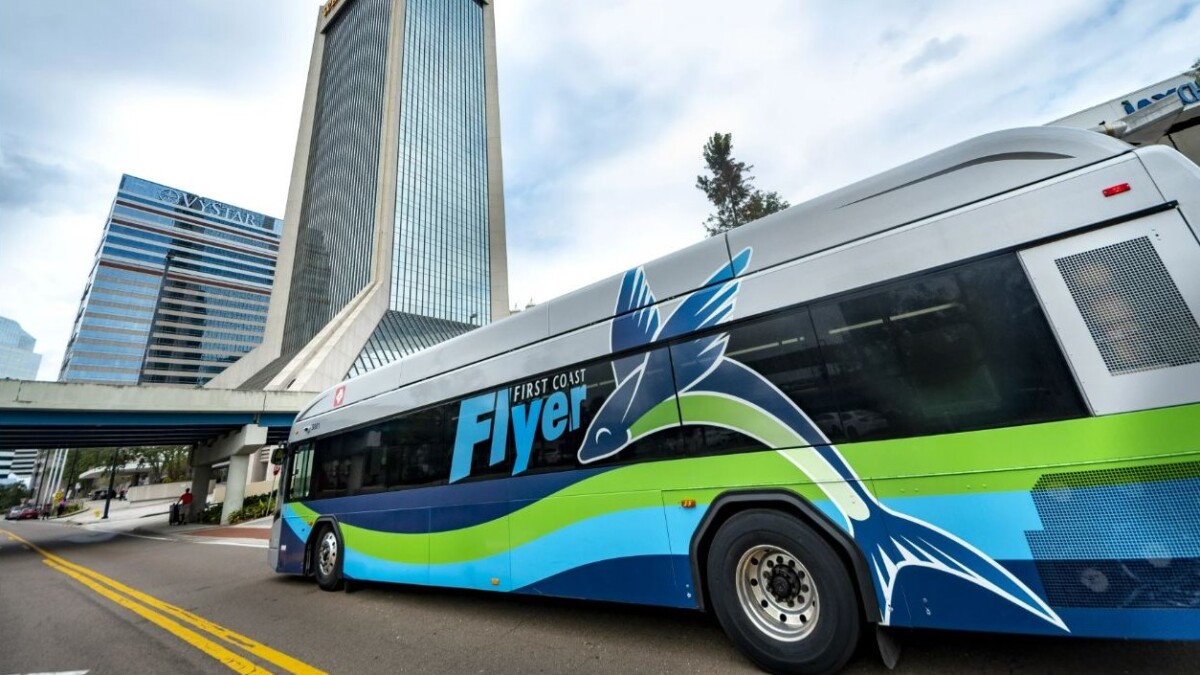 News Schoolkids get a lift with free Jacksonville bus rides

Hundreds of Jacksonville students have been riding JTA buses to school since the free service began a year ago. Read More