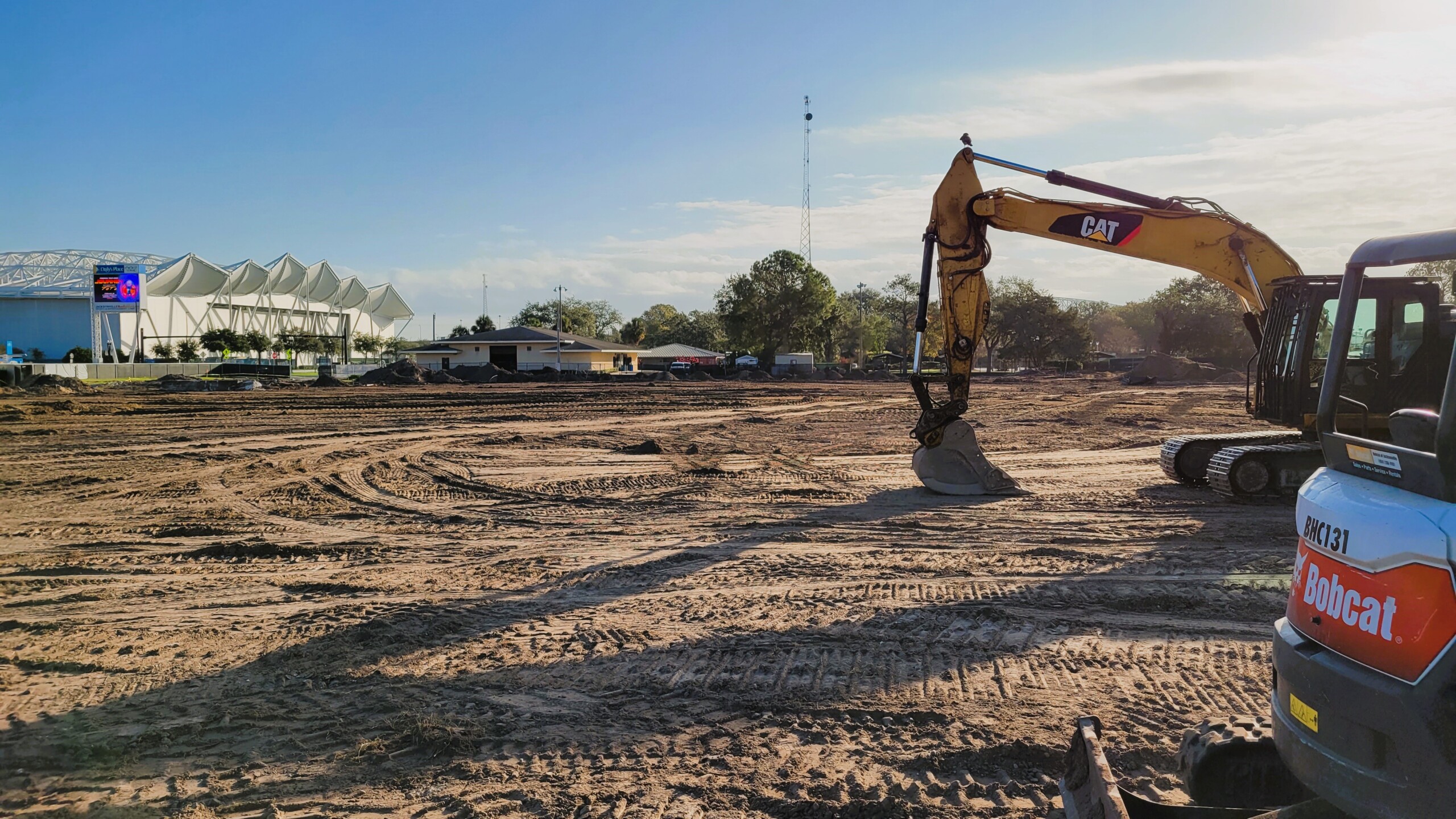 The costs of Shad Khan’s office and hotel development on the riverfront have increased substantially, City Council members learned this week.

The costs of the entire project, anchored by a proposed Four Seasons hotel on the former shipyards site near TIAA Bank Field, have jumped to $387 million from $371 million, according to the Downtown Investment Authority.

The council is considering a bill that includes improvements to the city marina as a six-story office building is built next to the former Kids Kampus site, adjacent to Khan’s planned hotel. The bill would allocate $7.1 million in city funds for developer improvements as well as completion of the gap in the Northbank Riverwalk there.

“Secondly, you have to remember they own the hotel next door, so it is in their best interest to ensure that if they were to flip it, whoever they flipped it to would be someone that they actually would approve of, obviously,” DeFoor said. “I would be shocked if they flipped it, unless it was to a subsidiary.”

“And so if they were to flip it and somebody else were to take over the ownership of the property and be the manager, they would have to be approved before they could do that,” Boyer added. “Or they could forfeit the entire incentive package. Not likely they would want to do that.”

The city is now paying more than $97 million in tax and bonus incentives, according to a report from News4Jax.

Council members have many questions during the meeting, with DeFoor wondering whether the public would be restricted in access to the marina.

“No, the agreement is the same as it was in 2021 — that it requires that the marina be open to the public,” Boyer answered. “This still has the state … grant on it that requires public access, so that is not being eliminated.”

Carlucci wondered about flooding protection when the huge project is built, since this is “an island unto itself,” he said.

Boyer said the hotel’s lobby elevation will be 27 feet above flood level, while the office first floor is at the 12-foot level, making sure that these improvements are safe from flooding.

“The parking is below that first floor elevation of the building, so the parking could accept floodwaters in a storm event, and then have the water recede from that” she said. “By keeping the garage and the pool and those things down at a lower elevation, they do have the ability to accept some of that floodwater in a major storm event.”

Khan’s plans for the riverfront site include the 10-story, 176-room Four Seasons hotel, which would have 25 luxury condominiums, as well as a 157,027-square-foot office building and a marina support building. 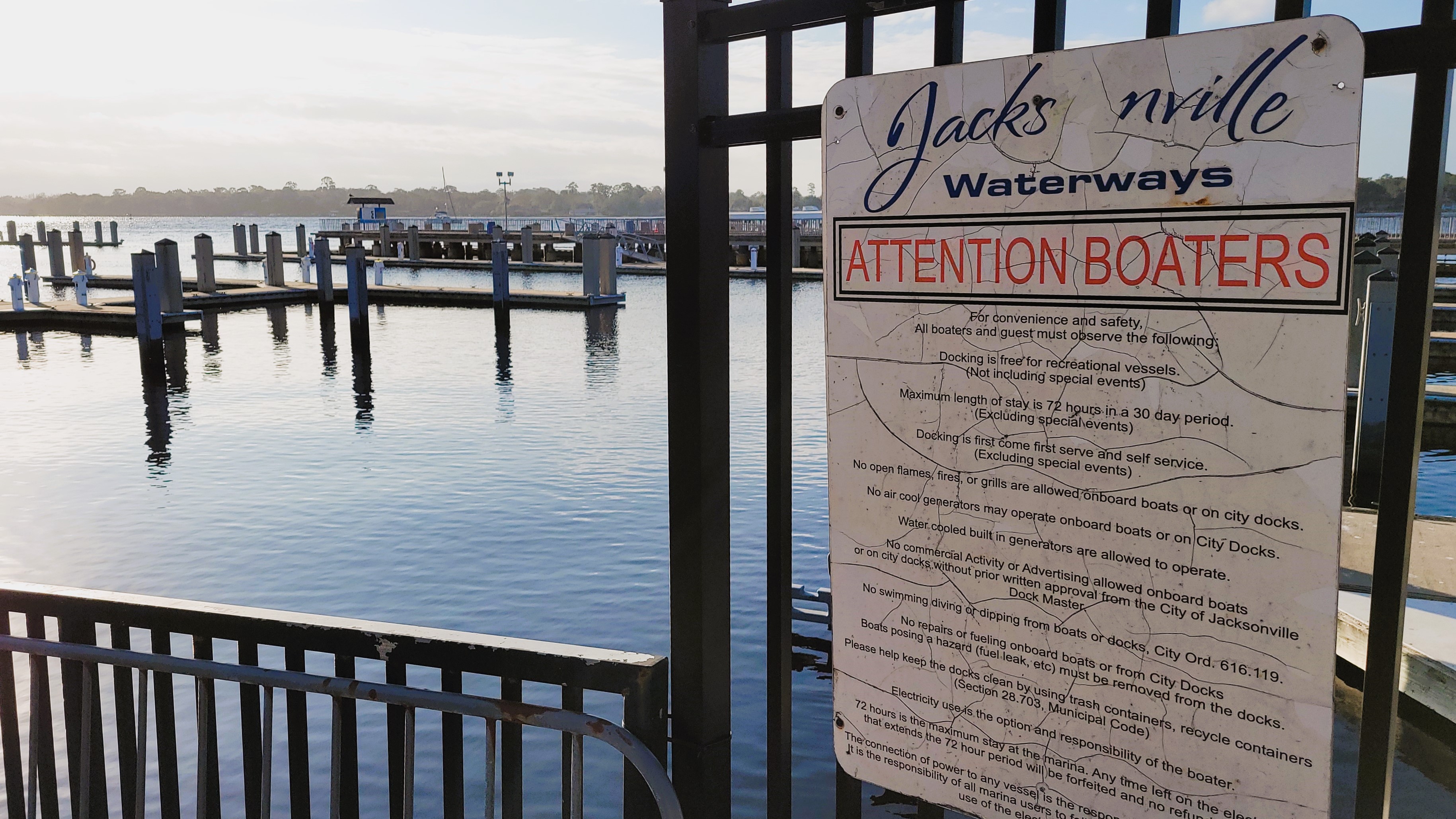 The bill transfers $7.1 million from the Northbank Riverwalk/Northbank Bulkhead CIP Project to the hotel marina project to collect funding for certain city-owned improvements to be constructed by Iguana Investments. The bill’s summary includes a list of projects slated for the former Kids Kampus and city marina, as well as details about which project costs have increased.

The developer also will build a 6,500-square-foot event lawn on the site and make improvements to the Metropolitan Park Marina including new slips, pier, bulkhead, some Riverwalk updates and any necessary dredging. And the hotel development would see the Jacksonville Fire and Rescue Department’s Station 39/Marine 35 moved from the public marina at 1408 Gator Bowl Blvd. to privately owned land just east of the WJCT studios.

“The new fire station that is proposed to be constructed will be substantially larger and have improvements included within it that the old fire station did not,” Boyer said. 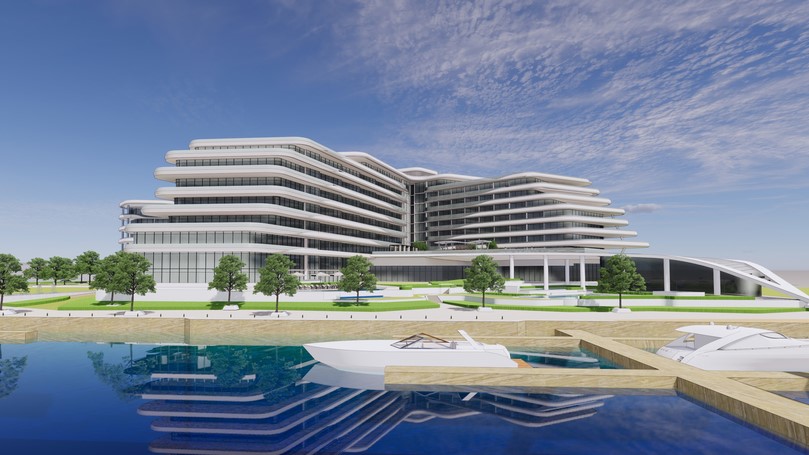 Boyer said the marina and Riverwalk will stay open “as long as we can, and closed for as short of a period as necessary” when construction is done. The contract calls for it to be closed for no more than 36 months and only after the city approves the construction permit, Boyer said.

The city will offer some temporary marina use just east at Metropolitan Park during construction. Boyer said the driveway to the current marina must remain open on weekends, which will cause some construction delay. And the marina may reopen before the Four Seasons hotel is done, she said.

Part of each hotel room’s surcharge will go toward marina, pier and events lawn maintenance, Boyer said. And despite the changes and cost increases, she said there is “no expansion of the footprint” of the hotel/office project, and it will not cross Gator Bowl Boulevard or Bay Street.

“It’s all on the riverfront, the same parcels we dealt with in 2021. No changes,” Boyer said.

The City Council already voted two months ago to approve a $114 million incentives package for Khan’s proposal. The bill gives a $25.834 million cash grant to Khan’s company after construction is complete, along with a 20-year tax rebate of up to $47.68 million for the hotel, according to the DIA. The remaining city investment comes from land value, infrastructure and public amenities integrated into the project the city would agree to fund, the DIA stated.

The bill has gone though initial review by the City Council’s Finance, Transportation, Neighborhoods and Rules committees. It is set for more committee review on Jan. 3 and 4, but is not yet scheduled for a final vote. 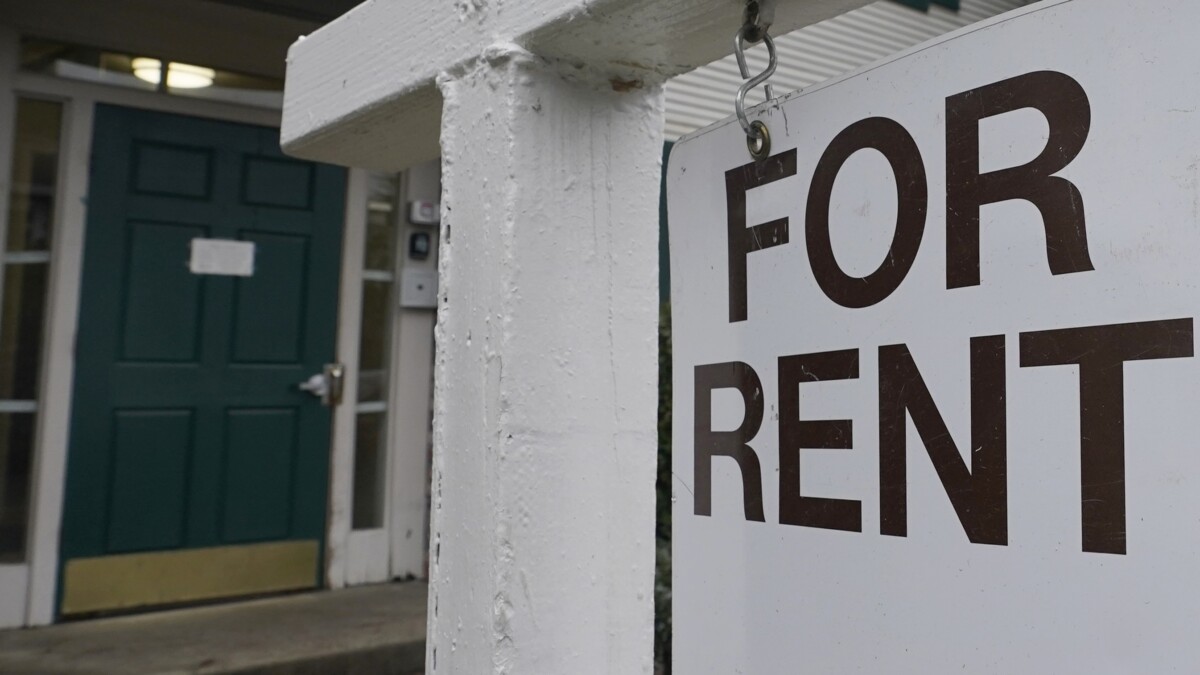 News Rents are actually starting to decline in Jacksonville

Relief may be coming for long-suffering renters in Jacksonville. Two new studies show that rent increases are slowing. The asking price for a new lease in Jacksonville actually declined in November, one study found. The price for new renters here fell 1.85% to $1,582 per month, the Redfin real estate company reported Tuesday. That was the 10th largest decline in ...
END_OF_DOCUMENT_TOKEN_TO_BE_REPLACED
Read More