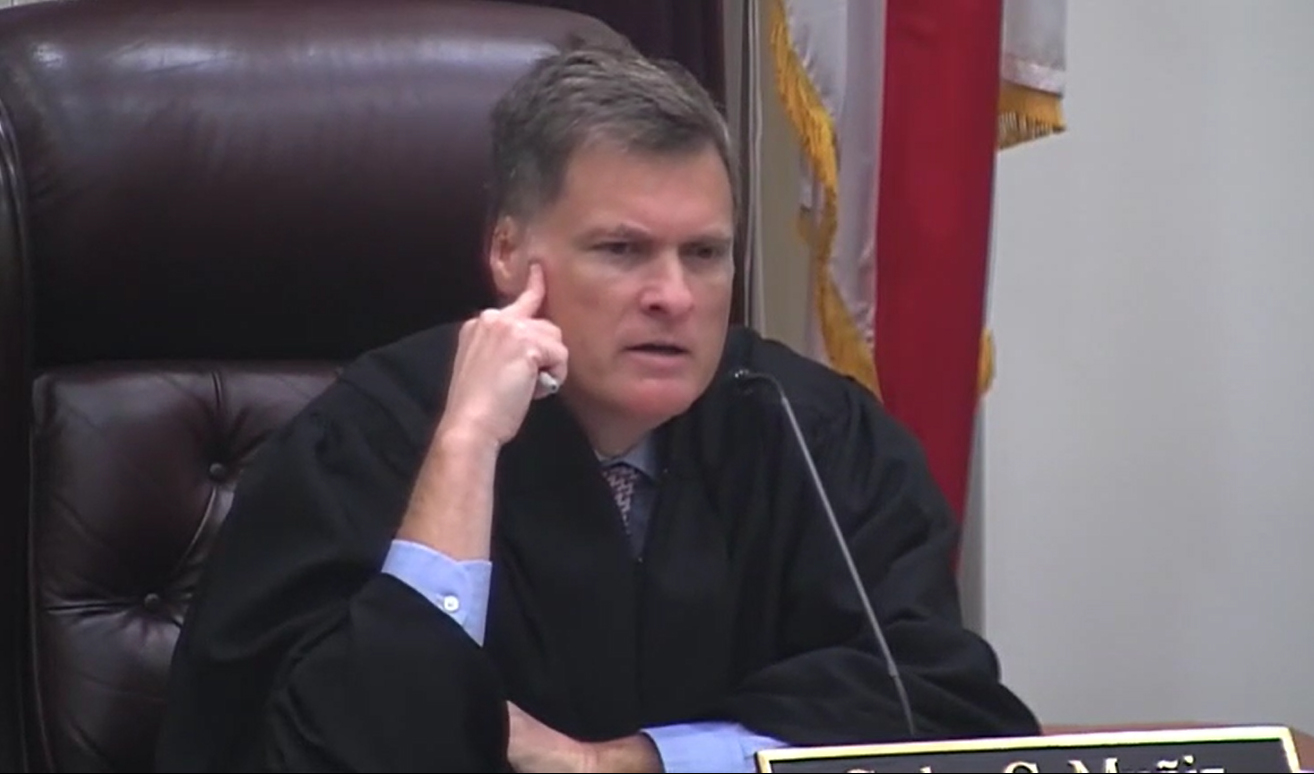 Florida’s Supreme Court on Wednesday wrestled during a hearing in Tallahassee over questions about whether a new law protecting the rights of crime victims can be used to keep secret the identities of police officers who kill a suspect in the line of duty.

The immediate case involved separate, fatal shootings by police officers in Tallahassee whose identities remain secret, but the implications of the court’s ruling – expected by late spring – would go far further than Florida’s capital city.

In the Tallahassee cases, the city moved to identify the officers involved in the shootings in May 2020 until the officers sued in court and asserted they were victims of imminent threats of harm whose identities should be protected under the so-called Marsy’s Law.

Justices in the hearing expressed some of the same criticisms about the law when it was passed as a constitutional provision in 2018, that its language was vague. Chief Justice Carlos G. Muñiz called the law “unorthodox,” and added: “We have to kind of make sense of the whole thing,” he said.

Justice Charles T. Canady noted that victims are almost always identified at some point during criminal trials, under the Sixth Amendment’s provision allowing a defendant to confront their accuser. Another justice, John D. Couriel, appeared dismissive toward the lawyer for the police officers when the justice mentioned a “bottomless pit of anonymity that you seem to be arguing for.”

Canady said an officer who fatally shot a criminal suspect would obviate any need for a trial for the suspect and allow the officer’s identity to remain secret forever. The implication of his exchange was there could be a perverse incentive for police to kill suspects during use-of-force arrests.

“If you’re a victim and you end up going through the criminal process, you’re not going to get your identity protected,” Canady said. “But if you’re a victim where the victimizer is gone, it kind of creates an asymmetry there.”

Couriel noted that police officers wear their names on their uniforms and said being known in a community as an officer can carry important benefits, such as citizens realizing who can help them.

“Being anonymous seems anathema to policing in a free democratic republic,” Couriel said.

Attorney Mark Caramanica, who represented a coalition of media organizations in the case, said if an officer’s alleged victimizer were dead and no longer presented any threat, what the law was intended to protect would no longer be necessary.

Another case elsewhere in Florida had a different outcome: The Sarasota County Sheriff’s Office sued the Sarasota Herald-Tribune to prevent the newspaper from publishing the name of a deputy who shot a man armed with a knife. A judge temporarily blocked the newspaper for days from disclosing the name until another judge overruled the decision. That case was complicated by the fact that the State Attorney’s Office had inadvertently released the deputy’s name to the newspaper.

As justices asked tough questions of Philip Padovano, who represented Tallahassee, Padovano said an on-duty officer who used force against a suspect was not acting as an individual but as an agent of the government. Padovano said an officer could not be considered a “person” the way that term is used under Marsy’s Law, but justices seemed skeptical.

“Why?” asked Couriel. “Does he cease to be a person, though? For example, am I not a person at the moment because I’m wearing this robe?”

Justices said an officer is considered a person and protected under provisions of Florida’s Stand Your Ground Law, in which officers are permitted to use deadly force in self defense. They pressed Padovano about why his case is any different.

In Florida, Marsy’s Law said victims have “the right, within the judicial process, to be reasonably protected from the accused.” Padovano questioned how police officers can qualify for the same protection when they are the ones who protect Floridians from the accused. “It doesn’t make any sense,” he said.

Attorney Luke Newman of the Police Benevolent Association said judges in criminal trials could continue to protect the identities of victims – including police officers – by conducting closed-door proceedings without public oversight. When Couriel said he was skeptical, Newman said he was not advocating for a “KGB-style secret police force.”

Couriel had such a case in mind but hinted that Padovano might not want to embrace it: Under the infamous Plessy v Ferguson case in 1896, the U.S. Supreme Court ruled that states could engage in racial segregation by means of providing separate and supposedly equal public facilities.

“I don’t think it’s an unusual or incorrect argument to say that the term person can be construed in different ways,” Padovano said.

Couriel shot back: “Can you direct us to a single constitutional precedent you want to own where a human being is deemed not a person for purposes of law?” Padovano cited a U.S. tort case, but Couriel pressed him to name constitutional rights that might be afforded to a person but excluded to any category of human beings.

“I don’t know of one,” Padovano said, his voice trailing off.

This story was produced by Fresh Take Florida, a news service of the University of Florida College of Journalism and Communications. The reporter can be reached at carissa.allen@freshtakeflorida.com. You can donate to support our students here. 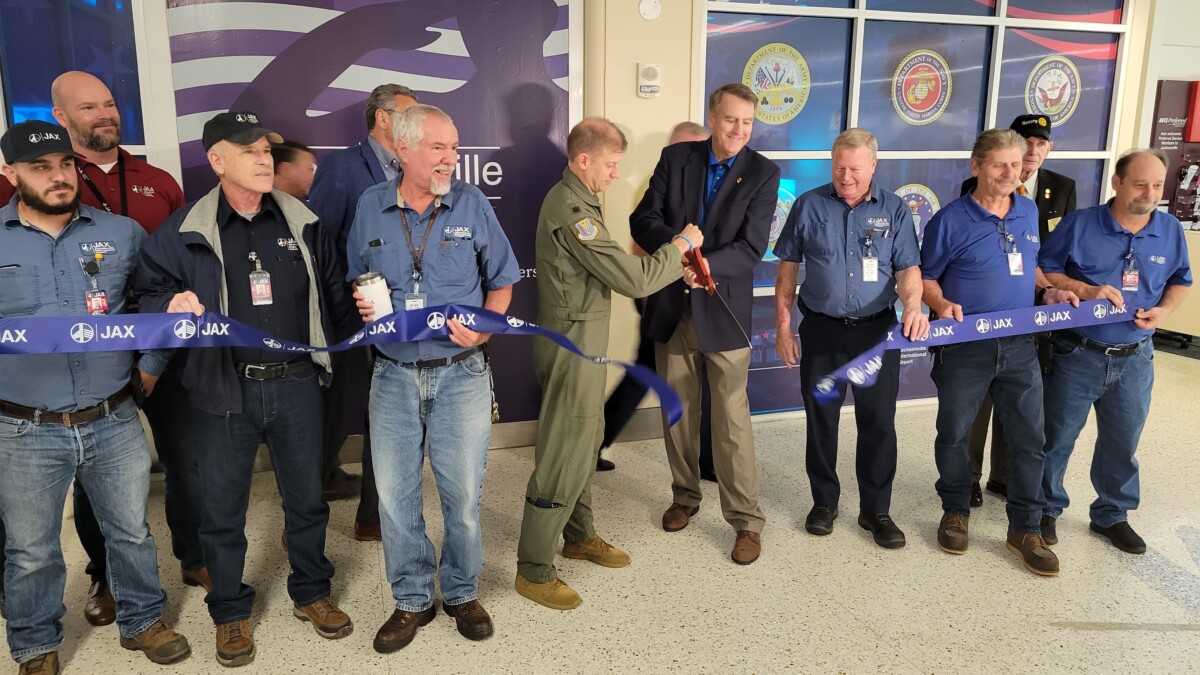 Bob Henning smiled as he looked around the comfortable living room-like lounge on Wednesday morning, a Christmas tree and fake fireplace surrounded by new sofas, a table filled with laptop computers and games nearby. The last time he was in the room next to Jacksonville International Airport’s baggage claim area was just before the USO closed the active-duty military member ...
END_OF_DOCUMENT_TOKEN_TO_BE_REPLACED
Read More