The aroma of gingerbread fills the air inside the historic sanctuary of Old St. Andrews Church as Paisley Engram looks at the intricately built Santa’s cottage she built out of gingerbread, icing and candy.

This is the 9-year-old girl’s first entry into the annual Gingerbread Extravaganza, a 20-year holiday tradition that raises funds for the Jacksonville Historical Society’s educational programs, which runs through Dec. 27.

The second-year builder’s sweet treat won the event’s Best Youth Fantasy award, and she admitted that those spun sugar windows were tough.

“The windows kept dripping. It’s doing it again!” said Paisley, who then pointed to another trouble spot. “The back wall and rainbow candy, because they kept trying to fall back. It was hard to get them to lay straight.”

Just a few calorie-filled candy creations down the row from hers was Tracy and Dave Duncan’s Santa’s Enchanted Treehouse, icing icicles dripping off its gingerbread roof as gumdrops framed a cookie pathway. A third-year builder, Tracy designed it. Then she and her husband built it, a solid piece of wood inside the tree trunk to ensure it survives the next few weeks on display.

“It is just a great way to start the beginning of the Christmas season and I have been over the years learning to do different baking items,” Tracy Duncan said. “It’s not tough for me to come up with the idea. Then I tell him. Last year we did Santa’s Holiday Inn and it was a whole complex of a retro hotel.”

“It won’t move, I promise,” her husband added. “You can’t break it with a baseball bat. It’s structurally sound.”

The Gingerbread Extravaganza was started in 2003 by the Rotary Club of South Jacksonville as a fundraiser to benefit other nonprofits, including the Historical Society. The society began hosting it in 2010 with ticket sales and donations benefiting its educational programs and archival repository, hosting it inside the Gothic-arched nave of the 134-year-old Old St. Andrews Church at 317 A. Philip Randolph Blvd.

It has been two decades of building a “great, beloved Jacksonville tradition” that always brings out some sugary creativity in everyone from students and teachers, to architects and families, society CEO Alan Bliss said. And this year, 40 creators built some amazing items, from massive churches to miniature Santas fishing with a peppermint cane, on the bicentennial of the city.

“So many people put so much work into creating these exhibits every year, and so many people decorate the interior of the church,” Bliss said. “We have people who come back year after year, having brought their children and now bringing their grandchildren. We have people driving from as far as Sarasota and Charleston. … I hope they will find the holiday season magic and the chance to really get in the spirit.”

There’s a towering replica of the Catholic Basilica of the Immaculate Conception, made by art students at Bishop John Snyder High School. It was next to a bicentennial Jacksonville display with a Ferris wheel.

A model railroad chugs around the center of the main display, while a hall of fame display has past extravaganza winners ranging from the winged statue at Riverside’s Memorial Park to a spotted jaguar modeled off one at the Jacksonville Zoo and Gardens.

The winner of Best Historic Structure this year is a replica of the Old St. Andrew’s Church. Kenda DeFord’s design even includes a full sanctuary with tiny sugar mouse behind the last pew.

“That’s the building we are standing in,” Bliss said at Tuesday’s premiere. “If you take a close look at it, the person who built that even finished out the interior, right down to the pews, parishioners and a pastor on the inside delivering a homily.”

The event opens to the public on Thursday, and the society held a premiere party on Tuesday for the creators, judges and others. That’s where City Councilman Ron Salem, first-time extravaganza visitor, dropped in to gaze at the creations dripping in coconut, candy and cookies.

“I was very impressed,” Salem said. “I’m going to send a note to my grandkids and kids to try to get them over here as well, just to see what kids can do when they put their mind to it.”

Other displays in the classic church across from VyStar Veterans Memorial Arena include Mr. Mac’s Solar Farm with a gingerbread electric car, and another church with soaring white steeple and more stained glass windows done from spun sugar.

The Best in Show piece honored of the anniversary of the extravaganza: 20th annual Winter Solstice Ball by Sara Aicher, with miniature fondant gray mice dancing at a holiday party, a buffet table nearby full of sweet treats, and even a miniature gingerbread house.

“We have a number of new builders, first-timers who have never built before,” Bliss said. “We have some veterans who are back who keep on getting better and better every year.”

The display is open from 11 a.m. to 1 p.m. Tuesdays through Fridays for seniors and those with compromised health conditions; general admission is from 1 p.m. to 5 p.m. those days. It’s open from 10 a.m. to 4 p.m. Saturdays and noon to 4 p.m. Sundays. The event is closed Mondays and on Dec. 19.

Tickets include a tour of the Merrill House Museum next door. Tickets are $11 for adults, $7 for military and seniors, and $5 for children 4 to 12. A Kids Day is planned from 11 a.m. to 5 p.m. on Sunday, Dec. 11, with Santa Claus, face painters and more. Tickets should be purchased in advance here. 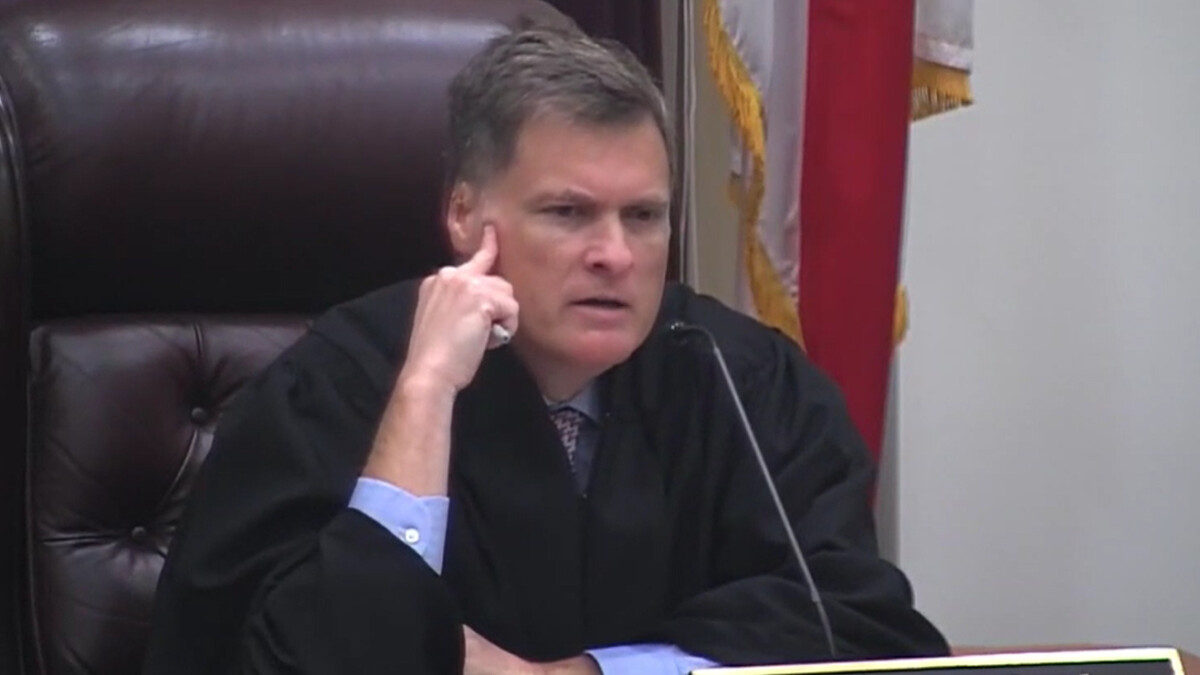 Florida’s Supreme Court on Wednesday wrestled during a hearing in Tallahassee over questions about whether a new law protecting the rights of crime victims can be used to keep secret the identities of police officers who kill a suspect in the line of duty. The immediate case involved separate, fatal shootings by police officers in Tallahassee whose identities remain secret, ...
END_OF_DOCUMENT_TOKEN_TO_BE_REPLACED
Read More