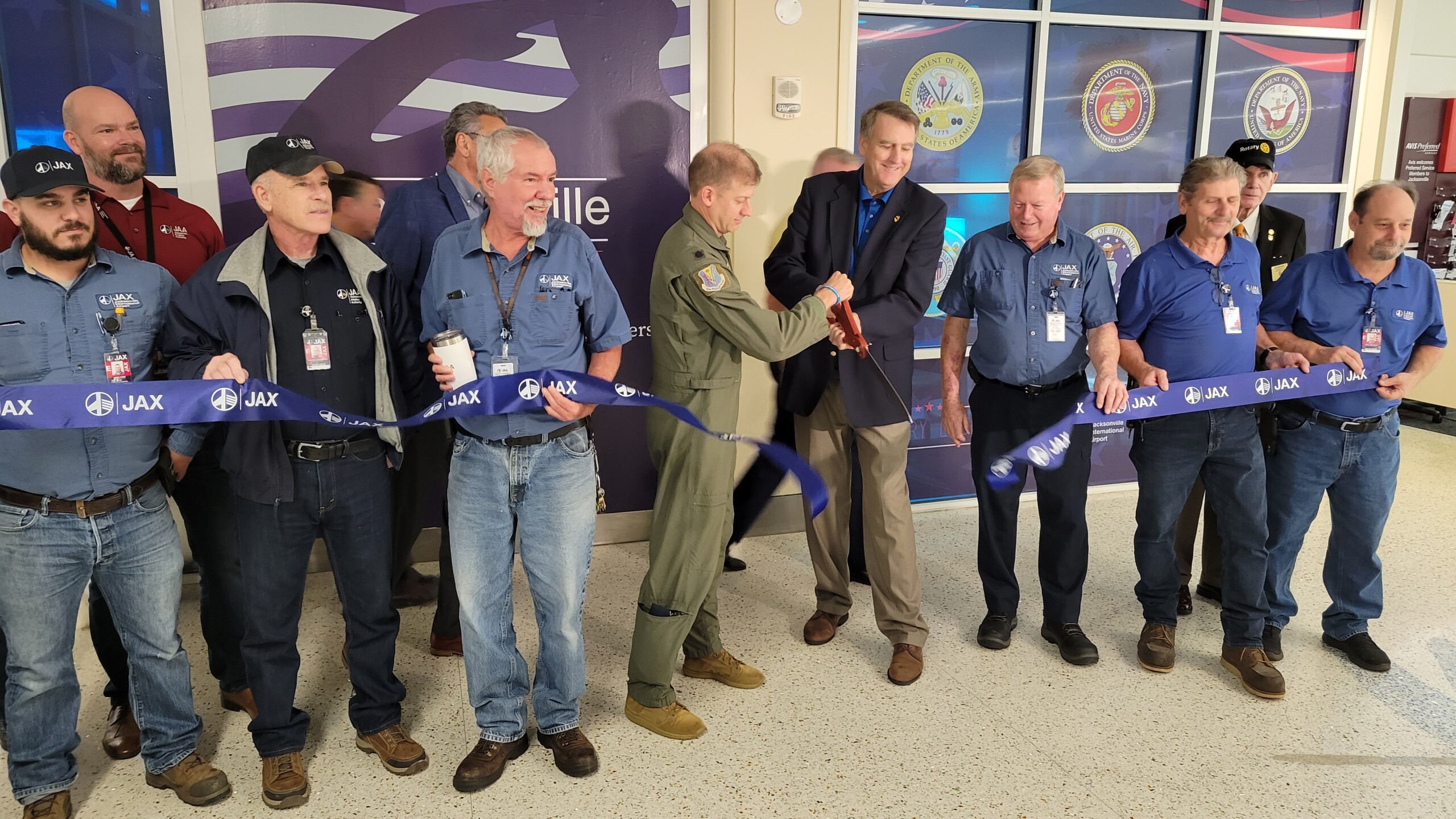 Bob Henning smiled as he looked around the comfortable living room-like lounge on Wednesday morning, a Christmas tree and fake fireplace surrounded by new sofas, a table filled with laptop computers and games nearby.

The last time he was in the room next to Jacksonville International Airport’s baggage claim area was just before the USO closed the active-duty military member lounge without notice in mid-October.

One of about 15 men and women who volunteered at the longtime USO lounge with its well-worn chairs and small TV, he didn’t think that they would ever return to help soldiers and sailors stuck on layovers at the airport. Then the Jacksonville Aviation Authority decided to reopen the lounge — and invite the volunteers back.

“They have got something for the active-duty military to get out of the general public. If their flight gets delayed for several hours, they’ve got a place they can come in and relax and stay,” Henning said. “Jacksonville International Airport didn’t even have to do this, but they saw the need with the USO being gone and they did it.”

Aviation Authority CEO Mark VanLoh said the USO didn’t tell him it was shutting the lounge, but it was a no-brainer to renovate and reopen it quickly. They bought a new sofa and loveseat as well as recliner and more new furniture as airport staff volunteered to renovate it. Now active-duty sailors and soldiers have a comfortable place to hang out between flights, use the internet and get information on services available to them. 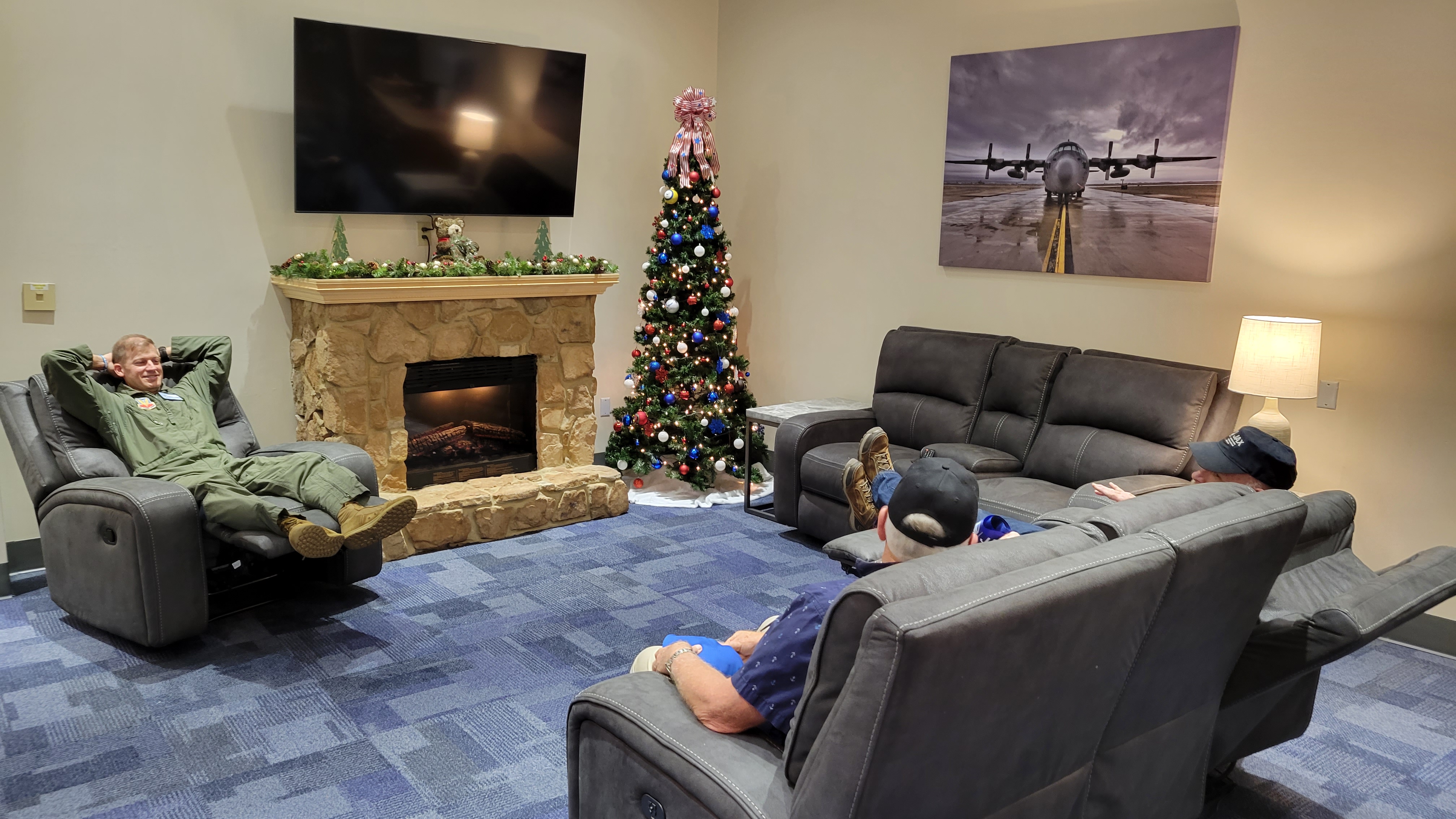 “We knew this was a service we desperately needed. I mean, this is a Navy town,” said VanLoh, a U.S. Army veteran himself. “Many of us aren’t Navy, but we know how important the military is to Jacksonville and this area. And with these soldiers coming in and out, not knowing what to do when you get to a new airport, they go to the USO. That’s what we have always done.”

The United Service Organizations, or USO, was founded in early 1941 to provide entertainment, social events and support for U.S. military members and their families around the world. Jacksonville’s USOs were established in 1979, and are currently operating facilities at Jacksonville Naval Air Station and Mayport Naval Station.

The USO shut down the longtime airport welcome center suddenly with a sign on the door stating that it was permanently closed. USO spokesman Dan Drummond’s brief statement said USO, like other nonprofit organizations, “routinely evaluates activities to ensure our resources have the greatest positive impact possible.” It was apparently one of a number of centers it closed nationwide with little explanation. 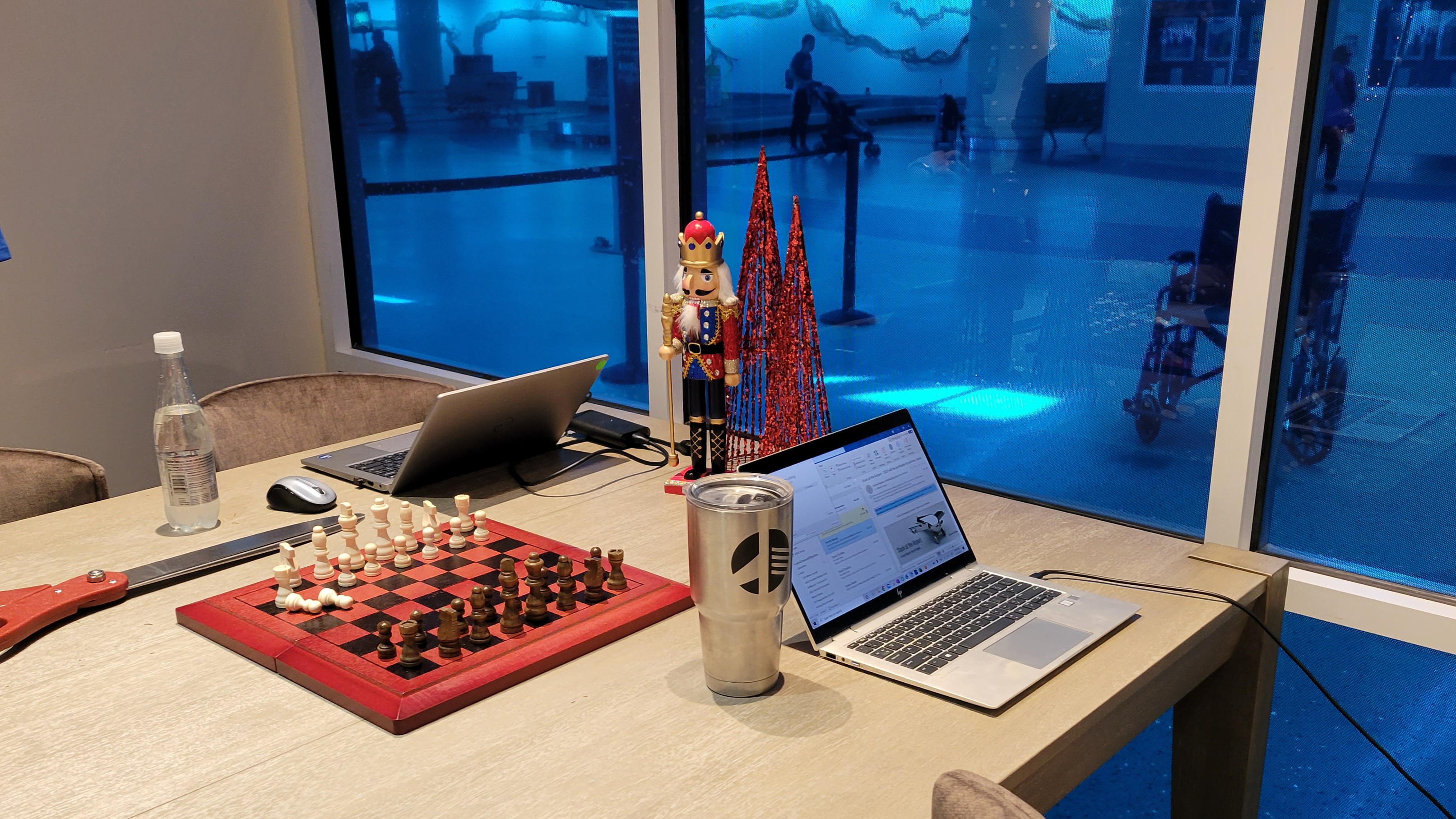 In 2016, the Jacksonville airport welcome center was helping about 2,000 service members a month, according to The Florida Times-Union. Henning said the closure was a surprise to him and the volunteers who have worked there, as they averaged about 25 to 30 visitors per day, operating with a paid director. But he was one of the first to sign up when the authority invited former USO volunteers back to help soldiers and sailors passing through en route to home, or duty.

“It’s great that they came to us and acknowledged that we have done something, because as of today, the USO has never acknowledged all the service that we did while we were here,” Henning said. “It’s a give-back thing. I was in the service in Vietnam, and I just know what the military goes through when traveling, so it’s a nice break for them.”

The airport authority is working with the North Jacksonville Rotary Club, United Way’s Mission United and the Veterans Council of Duval County to provide coordination and volunteers. 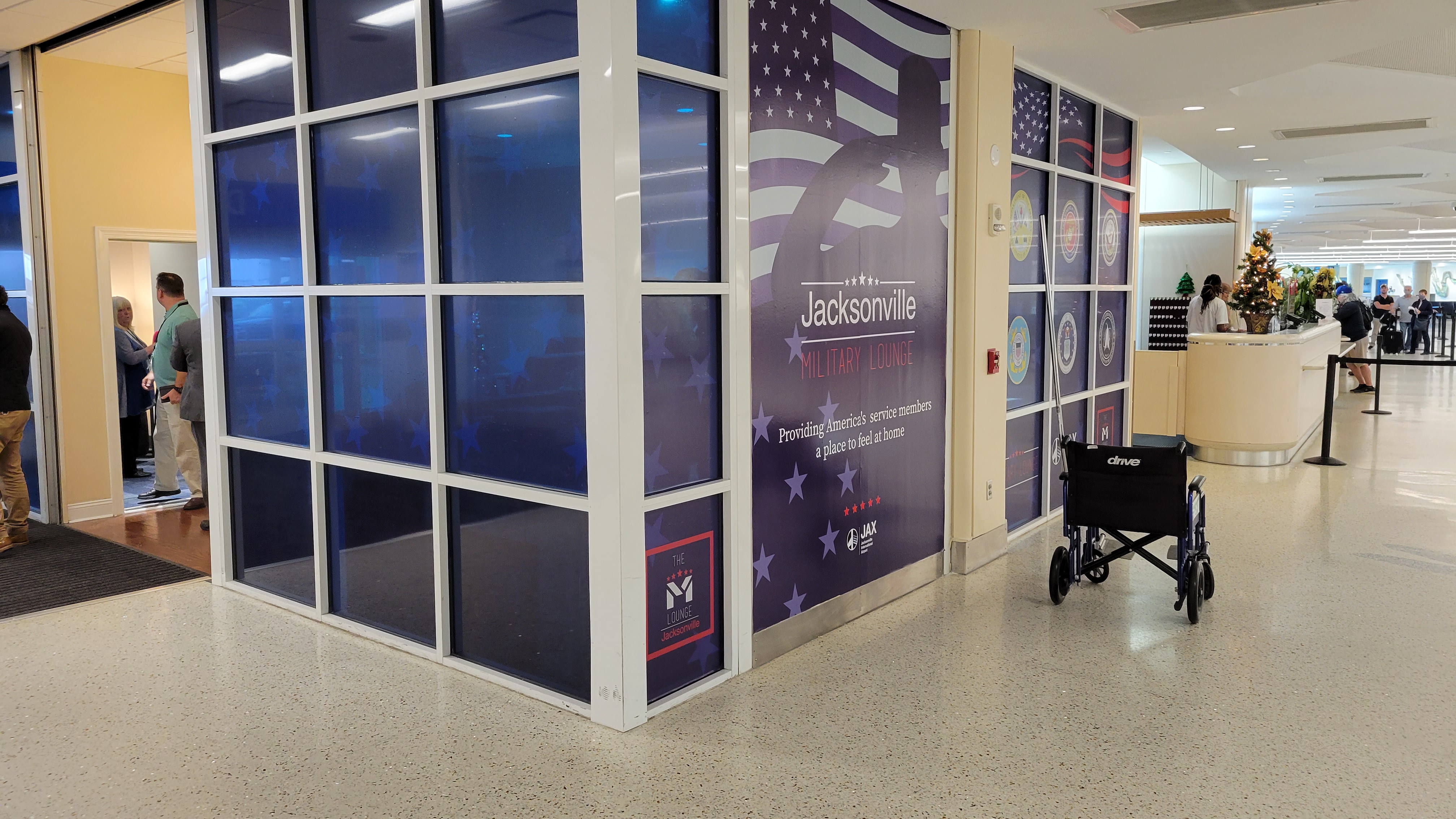 The authority will provide snacks for those who use the lounge.

“The volunteers have stepped up. We have had over 16 people volunteer already to man this because that’s the most important part, having someone in three during business hours,” VanLoh said. “All the work was done by our staff; electricians, carpenters and plumbers, we did it all… I don’t know what it cost. It doesn’t matter.”

The lounge will have limited daytime hours over the next few weeks, expanding to business hours seven days a week as volunteers are scheduled, airport officials said. 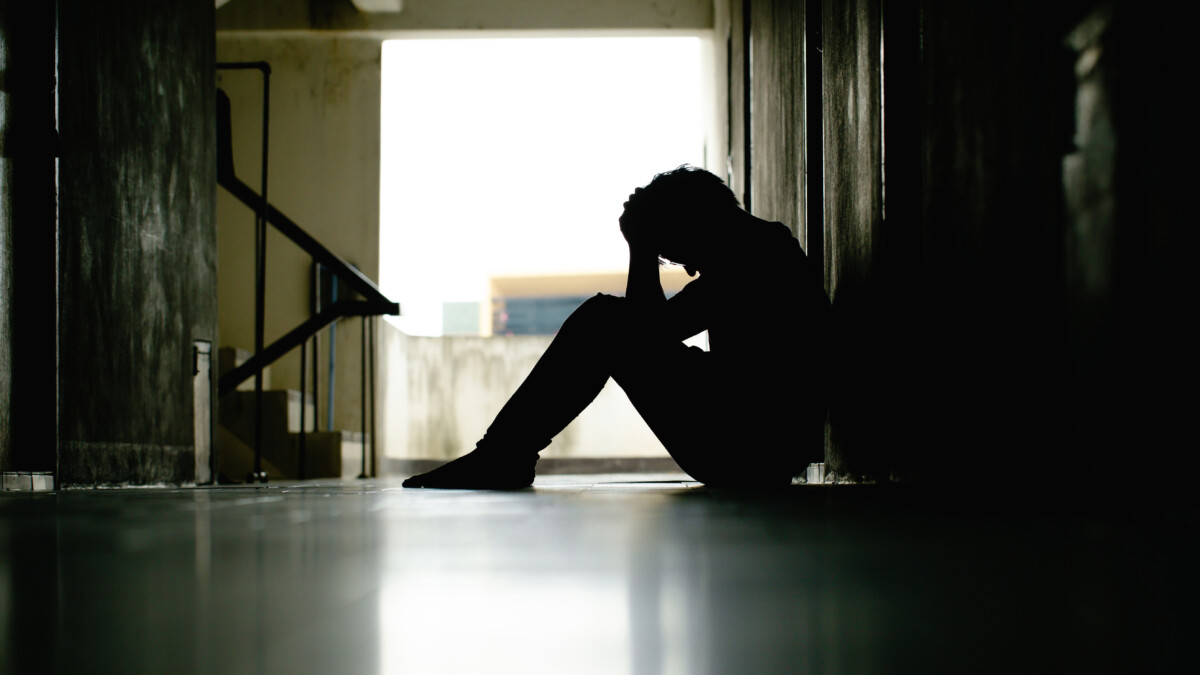 More children and teens are visiting emergency rooms for mental health crises, according to a study recently published in the journal Pediatrics. Some psychologists in Florida say they have been seeing a similar trend. The study used data from hospitals in Illinois and found a 59% increase in the number of kids ages 5 to 19 reporting to ERs with ...
END_OF_DOCUMENT_TOKEN_TO_BE_REPLACED
Read More