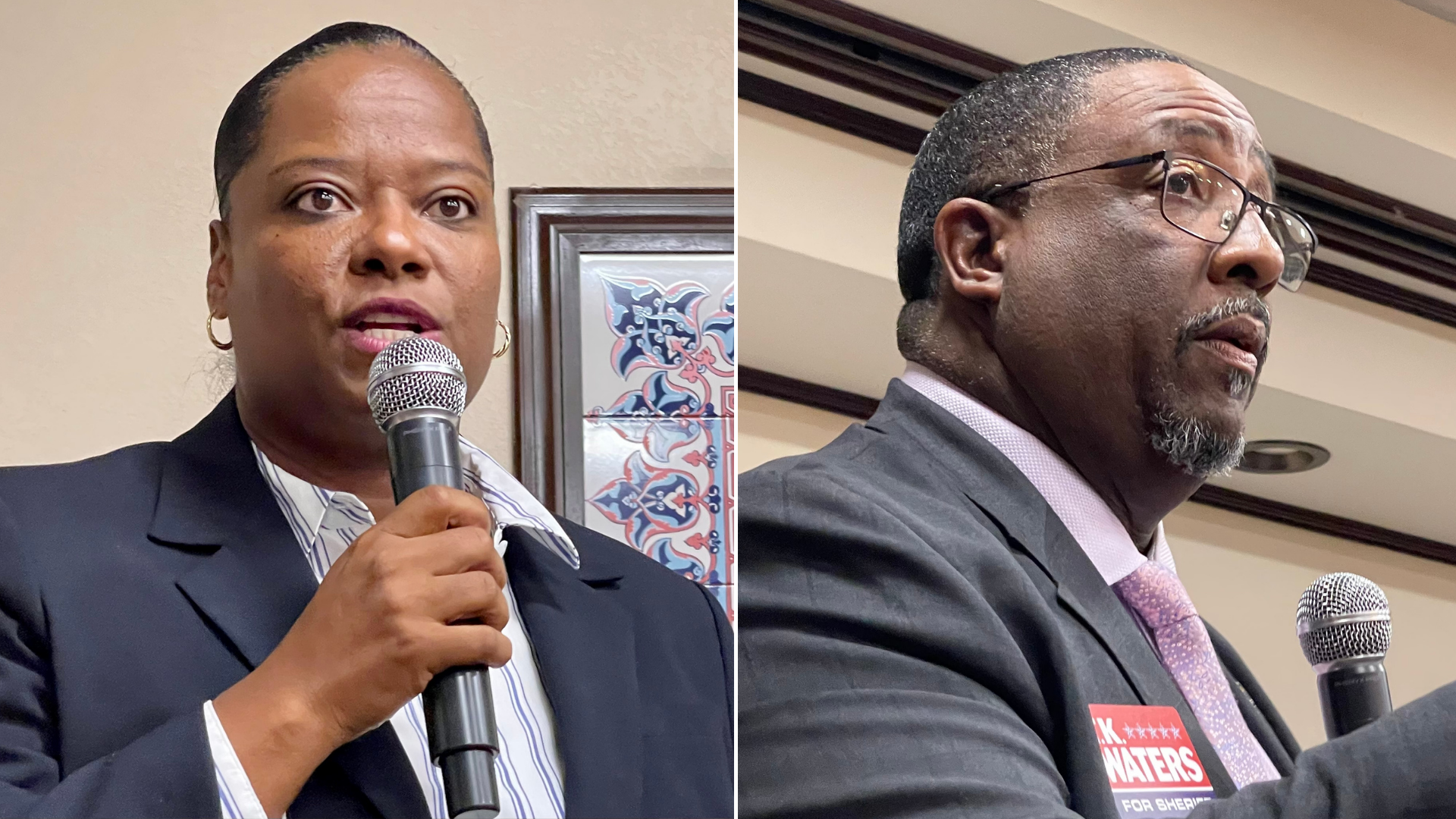 Lakesha Burton and T.K. Waters will face off for Jacksonville Sheriff on November 8.

The special sheriff election in Duval County comes down to the two candidates long seen as front-runners. Republican T.K. Waters nearly won outright with 47% of the vote but was unable to secure a majority to lock out his opponents. Instead, he’ll face Democrat Lakesha Burton in the Nov. 8 election.

Burton finished Tuesday night with over 32% of the vote, and Ken Jefferson finished third with around 14%. The combined votes for Democrats in the race outnumbered those for Waters, but it remains to be seen if the losing candidates — and their voters — will consolidate behind Burton.

Tuesday’s municipal special elections narrowed the field in that race and one other and decided a third. For City Council, Tyrona Clark-Murray captured the District 9 seat outright with a strong showing, while Tuesday’s result heavily favors Reggie Gaffney Jr.’s bid to take over his father’s District 7 spot come the November election.

In each of these races, the winners won’t have much breathing room to celebrate. They are due to run again less than half a year later in the regular March municipal election. However, they’ll have the benefits of being an incumbent, even if they will have held office for only a few months.

Clark-Murray pulls away in a low-turnout race

Tyrona Clark-Murray was the only special election candidate to win outright on Tuesday. The former Duval schoolteacher and member of the Citizen Planning Advisory Committee for the city’s northwest district scored 53% of the vote, ensuring she wouldn’t face second-place finisher Danny Grabill, a Republican, in November.

Notably, District 9 had the lowest turnout rate of the 14 City Council districts despite being one of the only two with special elections. While citywide turnout was over 28%, just one of the 13 voting precincts within District 9 matched that figure. Seven precincts failed to crack 20%.

Reggie Gaffney Jr., looking to take over the seat vacated by his father Reggie Gaffney (who resigned in order to run for State Senate, a race he lost in Tuesday night’s primary), led a crowded field with over 39% of the vote.

His opponent in the November general election, Republican Charles Barr, secured second with over 20% of the vote. By holding off Democrat Kimberly Scott for the runner-up position, Barr ensures the general election will be a partisan affair.

In a district that heavily leans toward the Democratic Party, that favors Gaffney Jr.

The Duval school district is getting another financial boost from voters. With 53% of the vote, Duval voters on Tuesday signed off on a four-year, 1-mill property tax increase to go toward teacher pay, arts and athletics.  Also on Tuesday, two Duval School Board candidates endorsed by Republican Gov. Ron DeSantis won their races. Incumbent Charlotte Joyce beat challenger Tanya ...
END_OF_DOCUMENT_TOKEN_TO_BE_REPLACED
Read More