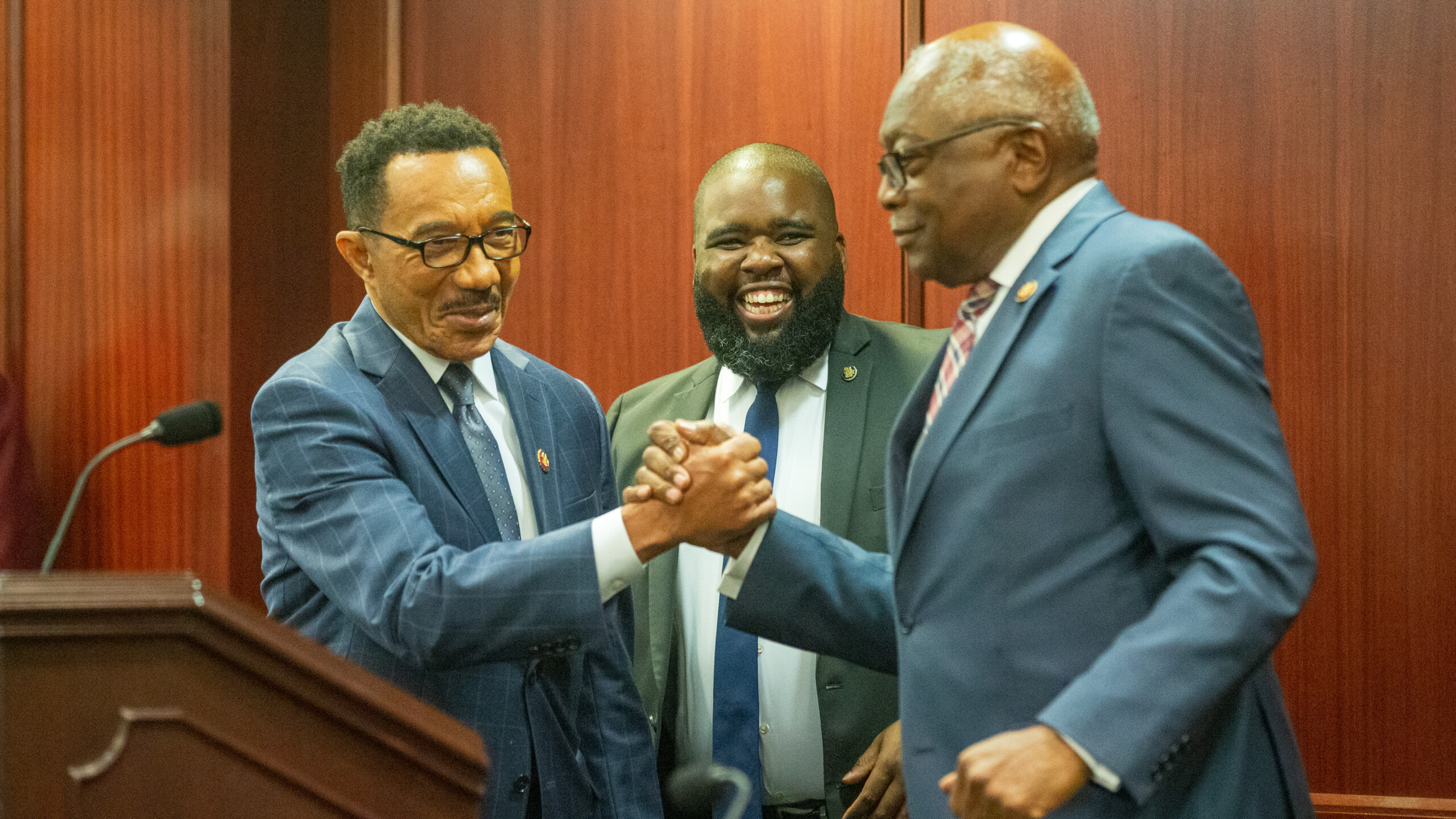 Vince Evans stood against a wall, listening and nodding as Rep. Sheila Jackson Lee told a group of men, who’d traveled from all corners of the country to the Capitol, about the importance of legislation that would make a national apology for slavery and propose remedies for the centuries of racial and economic discrimination Black people have faced in the U.S. since then.

As the Green Cove Springs native listened, a few feet away from him was another Northeast Florida native who had found a home in Washington: Rep. Val Demings, D-Orlando. She is running to unseat Sen. Marco Rubio this November.

Evans is not an elected official, preferring to remain behind the scenes coordinating and advocating. These days, the Ridgeview High School graduate does that as the executive director of the Congressional Black Caucus. He accepted the position this year after serving as a senior aide to Vice President Kamala Harris.

Few days are the same. On this one, Flag Day, more than 100 members of Black Greek letter organizations were at the Capitol to advocate on behalf of their communities.

The Congressional Black Caucus is larger than ever, with 56 members — including Democratic Jacksonville-area Rep. Al Lawson, who’s running in the Panhandle’s District 2 after Gov. Ron DeSantis’ office drastically redrew his district and the Legislature approved it this year.

Though they had primaries or committee meetings or votes to attend to, nearly a dozen members of the caucus showed up to speak with the suited and booted Black men because Evans and his staff had organized the gathering.

“Vince is a good man,” says Democratic Rep. James Clyburn, who’s represented part of South Carolina since 1993. He met Evans years ago while he was campaigning in Florida. “I knew I was meeting someone special.”

Afterward, Evans met with Jacksonville Today about his role at the CBC, minority access districts and how someone who grew up in Clay County is known by name by some of the most powerful officials in the country.

Editor’s note: This conversation has been edited and condensed for clarity.

Q: After Florida’s redistricting this year, what is the impact of the way congressional district lines were redrawn, not only on the CBC – but on Florida voters – from your perspective as a native Floridian?

A: It is a problem what Gov. DeSantis has done. The elimination of Black seats in Florida is consequential. We elected the late Carrie Meek, the late Alcee Hastings and Congresswoman Corrine Brown in (1993) – the first Blacks (from Florida) to come to Congress since Reconstruction.

The idea that a Republican governor would eliminate seats, Black access seats, that have elected Blacks to Congress is unconscionable.

But, with this governor, that’s who he is. Ron DeSantis is who we believe he is.

I used to work for one of those members, Congressman Al Lawson. Al Lawson spent 28 years in the (state) Legislature and has been here (in Congress) since 2017. Al Lawson was the first Black person to represent North Florida in Congress since Josiah Walls during Reconstruction.

It took more than 125 years to get a Black person elected to Congress in North Florida. And now, the governor, with the swipe of a pen – reinforced by his picks on the Florida Supreme Court – has eliminated this seat. It sends a message. And, essentially, what Ron DeSantis and Republicans in Florida are saying to Black voters is your opinion, your voice and your vote simply do not matter.

(Former Rep. Corrine Brown represented Northeast Florida in a district that included parts of Duval, Clay and Putnam counties and headed south. Walls’ district during his three terms in Congress covered portions of North Florida north and west of Gainesville.)

Q: What is it that you have learned about Northeast Florida’s Black electorate that whoever is elected in the newly drawn District 4 should know?

A: I think there is a sea change coming. I don’t know when, but I believe it is there. Jacksonville, in particular, voted in the last (gubernatorial) election in 2018 for (Black Democrat) Andrew Gillum. I remember vividly when I was working for Andrew Gillum when he was running for governor. A day or so before the election we went to Clay County. I remember standing there amongst a sea of Black people in what I had been told my entire life is a red county where folks just don’t come out and vote for people like Andrew Gillum or Bill Nelson or Joe Biden. I remember standing there looking at the faces of the Black women who reared me in (Mt Pleasant Missionary Baptist Church) in Green Cove Springs. And they believed in their ability to make change.

We lost that election by less than 1% statewide. But, what I am absolutely convinced of is North Florida can change. It will change. The pendulum is slow, but it will eventually change.

And what that also means is we got to go talk to people. We don’t need anyone to wait. We’ve got to talk to people about the issues that are plaguing them. I’m a firm believer that when you talk to people, meet them where they are and remind them what is at stake right now in this country, they emphatically feel a responsibility to that.

Q: What does the work mean for you personally?

I could have never imagined being here, growing up in Green Cove Springs. My dad (Vincent Evans) was a single parent. I could never have imagined when dad was working two and three jobs that it would take me from there to the White House, working for the vice president, to now, here, at the CBC. I consider it a privilege and a blessing. I’m not doing anything special. I have just been blessed to have an opportunity.

I wake up every day with a keen sense of the blessing I have been given and the responsibility I have to make good on the work that I am doing for this season of my life. I don’t know how long this season will be, but for the season that I’ve been given this opportunity, this blessing, I’m working extra hard to get it done right.

Q: How important is it to see representation in American politics? You’re not even 40, but you have been a lot of places because doors have been opened.

I knew what Daddy meant. I know what it means. I know the awesome responsibility. The accolades and all the fun, that means something. But, I have a serious responsibility. I take this seriously.

For all of us, representation matters. I saw what it was like for Vice President Harris to walk through the doors of the White House every day. This Black woman in the fullness of who she is — educated, a lawyer, a United States Senator  — wake up every day fighting on behalf of the American people.

I see what Congresswoman Joyce Beatty (the CBC chairwoman), Whip Clyburn, House Democratic Chairman Hakeem Jeffries and all of the members of the CBC do every single day, in pushing legislation that advances our people. I see them when they go to the White House and tell the president, the vice president and anyone else who will listen about the real challenges we face and what they must do to protect the needs of Black people.

Black people deliver. It’s time that we be delivered for.

Q: Congresswoman Val Demings, who grew up in Jacksonville, would be the first Black woman from Florida elected to the Senate — and just the third Black woman in U.S. history. What does her candidacy mean for Floridians?

Congresswoman Demings is a fighter in every sense of the word. She is a longtime police chief, an impeachment manager here in the House and a member of the (House) Judiciary Committee. She speaks truth to power everywhere she goes. To what she can get done, if she defeats (Sen.) Marco Rubio this November, we will be one step closer to having one more vote to pass some of the significant legislation in the Senate. Voting rights (legislation) has stalled in the Senate. Gun reform had been stalled in the Senate. There are a number of priorities: (the expected decision overturning) Roe v. Wade and what it means for women’s rights. On any number of issues, having increased representation in the Senate is important.

(Editor’s Note: There have been 11 African Americans to serve in the U. S. Senate. Carol Moseley Braun (1993-1999) and Kamala Harris (2017-2021) are the only Black women to have served in the United States Senate. There are currently three African Americans in the Senate: Tim Scott, Corey Booker and Raphael Warnock.) 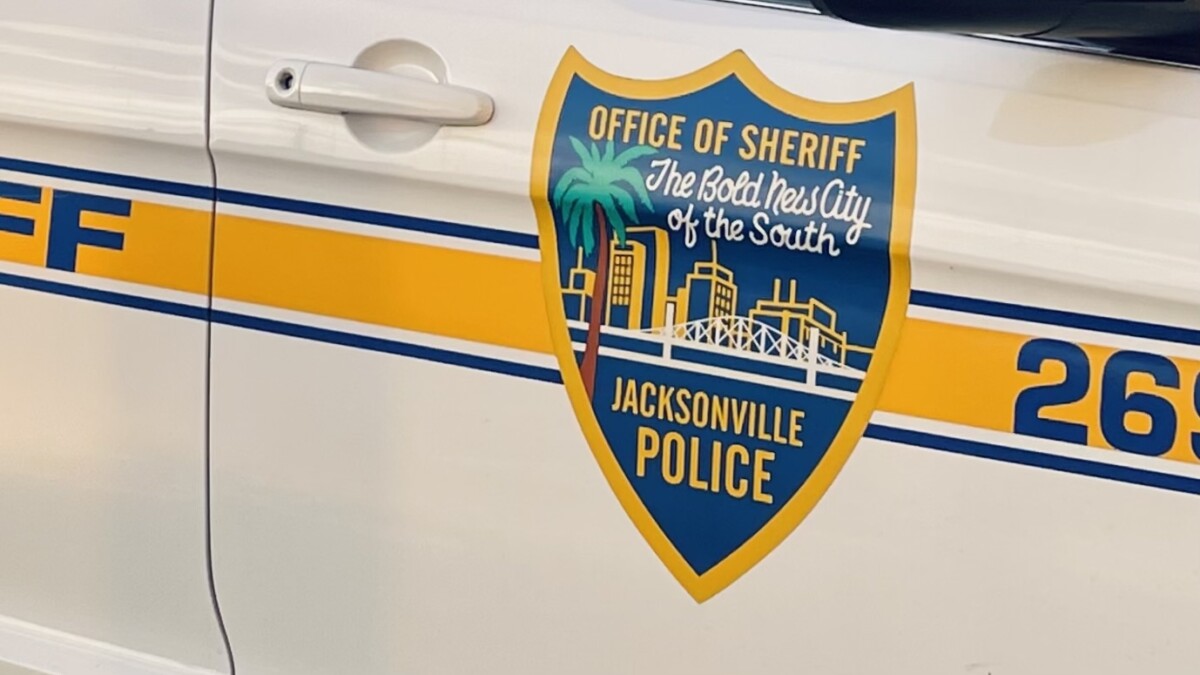 Jacksonville’s recently resigned sheriff, Mike Williams, isn’t the only one who was policing the county while living somewhere else. Data obtained by Jacksonville Today show that about 35% of the officers in the agency — more than 650 Jacksonville police officers — live outside the county they patrol.  During former Sheriff Williams’ tenure, he came under fire from community groups, gun violence ...
END_OF_DOCUMENT_TOKEN_TO_BE_REPLACED
Read More