OPINION | A tale of two parties

Do you remember 2019? Democrats in Jacksonville would like to forget it.

That was the year no Democrat ran for mayor. Instead, there was very quiet backing of Republican City Council member Anna Lopez Brosche for the office, with the then-party chair running for the at-large City Council seat Brosche was giving up to run for the top job.

How did it go? Lenny Curry won outright in March, and that former party chair lost her election to Terrance Freeman that year also.

Fast forward to 2023, and Democrats are better off in the mayor’s race in at least one important sense.

Not one but two Democratic candidates — former TV journalist Donna Deegan and former state Sen. Audrey Gibson — are in the mix. Deegan has even been ahead in public polling of the race so far, although every survey was taken before Republicans LeAnna Gutierrez Cumber and Daniel Davis started spending money on TV ads.

There are options atop the ticket, something there haven’t been seen since Democrats Alvin Brown and Warren Lee ran in 2011. Brown didn’t have a lot of resources and surprised people 12 years ago when he not only made the runoff but was elected mayor, with the donor class gravitating to him in the May election against Republican Mike Hogan.

Democrats would go on to grouse about Brown for four years for not being liberal enough on issues like human rights ordinance expansion to accommodate LGBTQ-plus protections. They wouldn’t have much to complain about after May 2015, however, as the mayor’s office was handed off to Curry, who did allow the HRO expansion to become law, but who probably wasn’t any Democrat’s ideal scenario for the last eight years.

Do Democrats miss Brown? They should. He was able to bring most of the party together and bring in NPA voters in both elections. Per one internal poll, he was at 55% approval when he lost to Curry.

It remains to be seen if Deegan or Gibson can pull off what former Mayor Brown did. There are scenarios in which that could happen. Four Republicans are on the ballot, and while Cumber and Davis have the bulk of the money, there are indications that nothing they say will cut into conservative Al Ferraro’s support. Ferraro, an often lonely voice on the Council for eight years, is running on the theme of “uncompromising integrity.” Time will tell if integrity trumps ad buys for a lot of Republicans, of course.

So there is a scenario where one or even two Democrats could make it to the May runoff — if Davis or Cumber have worst-case-scenario ceilings, and if Gibson or Deegan take off despite a relative paucity of financial resources. Gibson is by far the most experienced pol in the field. Deegan is by far the best known, an icon for many in the city for her courageous battle with cancer and the way she has lived her truth since.

But a problem for Democrats exists even in the best case scenario: No matter how strong a mayoral candidate is, they won’t have coattails to flip the City Council Democratic in 2023. In part, that’s because Democrats aren’t competing in a lot of seats.

It’s the “pick your spots” approach. And Democrats aren’t picking many.

Let’s look at the board. District 1, held by Democrat Joyce Morgan, looks primed for fellow former broadcaster Ken Amaro to flip that seat for the GOP. Democrat Alton McGriff Jr. has a little more than $100 on hand after qualifying.

Democrats have no candidates at all in Districts 2, 3, 4, 5, 6 and 13. Republican Randy White, every insider’s favorite councilman, will be a tough out in 12 even with two Democrats running.

Districts 7 through 10 will likely still perform Democratic given registration advantages. And in District 14, Democrat Rahman Johnson at least has a fighting chance to make the runoff against Republicans Alberta Hipps and John Draper, two veterans of the City Council dais.

Democrats are competing for two of the five at-large seats, with their best shot being in the wide-open Group 5, where the best fundraiser thus far has been NPA candidate Jack Meeks.

There is no road to Democratic control of the Council at this point, and the question is whether Republicans continue to maintain their Council supermajority. That would be key under a Democratic mayor, allowing a united GOP caucus to (if they were so inclined) overturn any veto.

And don’t forget the constitutional offices, like the Democrats apparently did. They ran no one this cycle for sheriff or supervisor of elections, further signaling a functional irrelevance. Joyce Morgan is running for property appraiser, and odds are good she will be in the May election against either Danny Becton or Jason Fischer.

It’s easy to diss the Dems for lack of ambition. But if they saw a correlation between their down-ballot candidates and the top of the ticket, they would exploit it, if they knew how. It looks from the outside like Urban Meyer is coaching the Dems and Doug Pederson the GOP, but it’s not really that simple. Democrats in Duval County have as many cracks in the coalition as your average Jacksonville road does in the pavement. And with the usual endorsements — police, fire, Chamber of Commerce — going the GOP way more often than not, and the donor class interest and all the other things that fuel campaigns alongside, it’s very difficult for Democrats to play where they can’t win.

Democrats have enthused about #BLUVAL in the past. The high water mark for that concept was 2018, when statewide candidates Bill Nelson, Andrew Gillum and Nikki Fried carried the county. Joe Biden did the same in 2020.

But in 2023, it’s clear that was just a sugar high, a cheap dopamine hit that saw Duval Democrats elevated by machinery funded from the outside in those cycles. They don’t have the candidates or the infrastructure to compete locally, and this guarantees Republican domination of city politics, no matter how the mayoral race goes.

Recall that Alvin Brown, who played footsie with the right wing in many ways throughout his terms, was sandbagged in the end. His efforts at pension reform were sabotaged by the Council of 2015, many of whom were eyeing their next jobs. And in the end, even Democrats on the City Council shivved Brown, with both Johnny Gaffney and Denise Lee working against him and for Curry.

Expect that if either Gibson or Deegan ultimately win in May, they will face similar resistance when it can most hurt them. 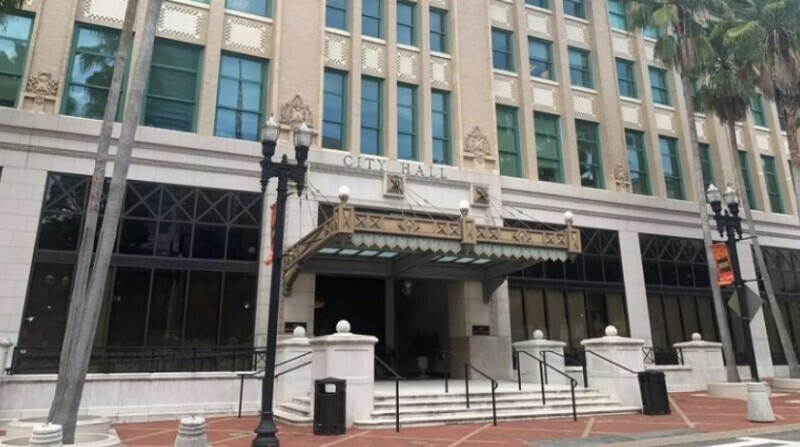 A.G. Gancarski OPINION | The 2023 mayoral race is getting real

It is now 2023, and city elections are all but upon us. If you’re in the mayoral race, you’d better have introduced yourself by now, and done it thoroughly and memorably, because odds are good that the oppo bomb will drop on you soon enough, as the campaign will likely move into increasingly negative territory through March, then May. As ...
END_OF_DOCUMENT_TOKEN_TO_BE_REPLACED
Read More