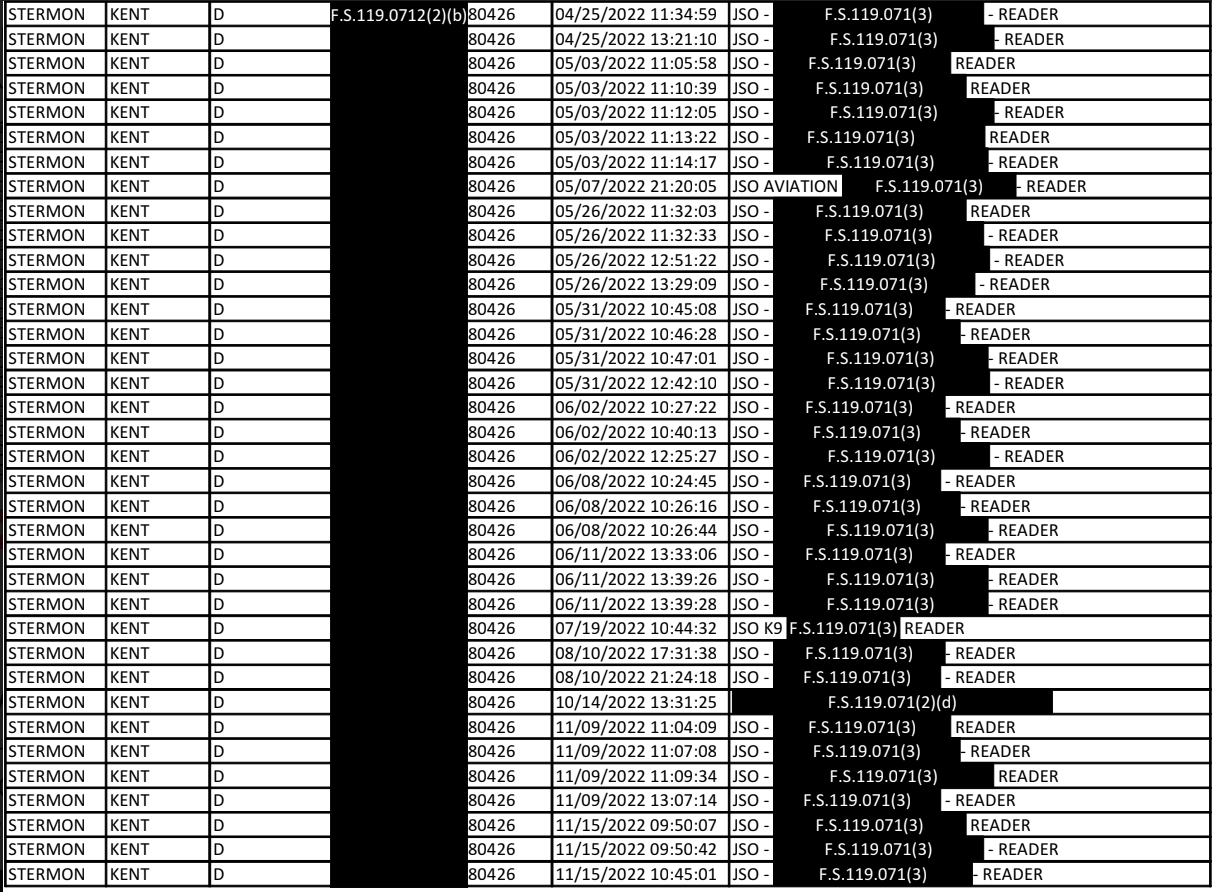 Influential Republican donor Kent Stermon, who died last week, used a personal badge to access Jacksonville Sheriff’s Office buildings more than 700 times over the past five years and on at least 25 separate dates in 2022, according to records obtained by Jacksonville Today.

Those numbers, released last week, disproved two years’ worth of blank Stermon access records the Jacksonville Sheriff’s Office provided to Jacksonville Today in June. When asked this week whether JSO intentionally created the false record – a violation of Florida’s public records laws – the department blamed the inconsistency on a “software” issue.

The department’s failure to produce accurate records before Stermon’s death raises new questions about the department’s relationship with Stermon as well as the public’s ability to obtain reliable information from the sheriff’s office.

“There is responsibility on the part of the people who work in the records department. They should know how to run queries,” Barbara Petersen, director of the Florida Center for Government Accountability, says. “Why didn’t they look at the response to the queries in June and August and bring that to the sheriff’s attention? Why did they wait until [Stermon] died?”

Did JSO break the law?

Stermon was found dead last week inside his truck at the Atlantic Beach Post Office. Police said they were investigating his death as a suicide.

Sheriff T.K. Waters also announced last week that JSO is continuing an investigation into Stermon that began weeks before his death. The department has not disclosed the nature of that investigation.

Jacksonville Today requested a copy of Stermon’s building access badge in June in response to an anonymous tip. The Jacksonville Sheriff’s Office responded within two weeks with his badge number, as well as what appeared to be a query run for swipes between January 1, 2020, and June 6, 2022, and a statement reading, “There were no badge swipes found for Kent Stermon.”

Then in early December, after a dust-up between Mayor Lenny Curry and a local attorney about Stermon, Jacksonville Today requested access logs for 2017 through 2022 for Stermon’s badge. This time, shortly after Stermon’s death, the Sheriff’s Office produced vastly different records that showed hundreds of swipes over the same time period indicated in June.

Under Florida law, it’s a misdemeanor to knowingly falsify a record. It’s also a noncriminal violation, punishable by an up to $500 fine, to unintentionally violate public records laws.

According to JSO, the inaccurate record was unintentional. The agency told Jacksonville Today that public records coordinators checked the computer program in June and found no instances when Stermon had accessed a building. “As a result, the requesters were advised that no relevant record existed,” the department said.

The next time, after multiple news outlets requested the same records, coordinators again received zero results and took the issue to Waters.

In an emailed statement, JSO says Waters asked for a “deep dive search of the metadata attached to the software program” and found new results showing hundreds of badge swipes. JSO says the department didn’t realize until this month that non-employee swipe data would show up only through this additional search.

Petersen, at the Florida Center for Government Accountability, says it would be up to a judge to determine whether JSO broke the law and whether the sheriff’s office put in the required “good faith” effort to locate accurate records in June, under interim Sheriff Pat Ivey. But she says beyond the legal question, the situation raises larger questions about the department’s transparency with the public.

“If they don’t know how to access basic information in the system, what else don’t they know how to access?” Petersen asks. “It’s much broader than this specific instance…How many times now have people been told that there are no responsive records simply because they didn’t know how to use their own systems?”

She says it also raises security questions about who is keeping track of non-employees coming and going from the sheriff’s buildings.

JSO says numerous people have non-employee access badges, including “volunteers/interns, contractors, participants of JSO programs such as Sheriff’s Watch and Police Explorers, local, state, and federal partners, and guests of the sheriff.” 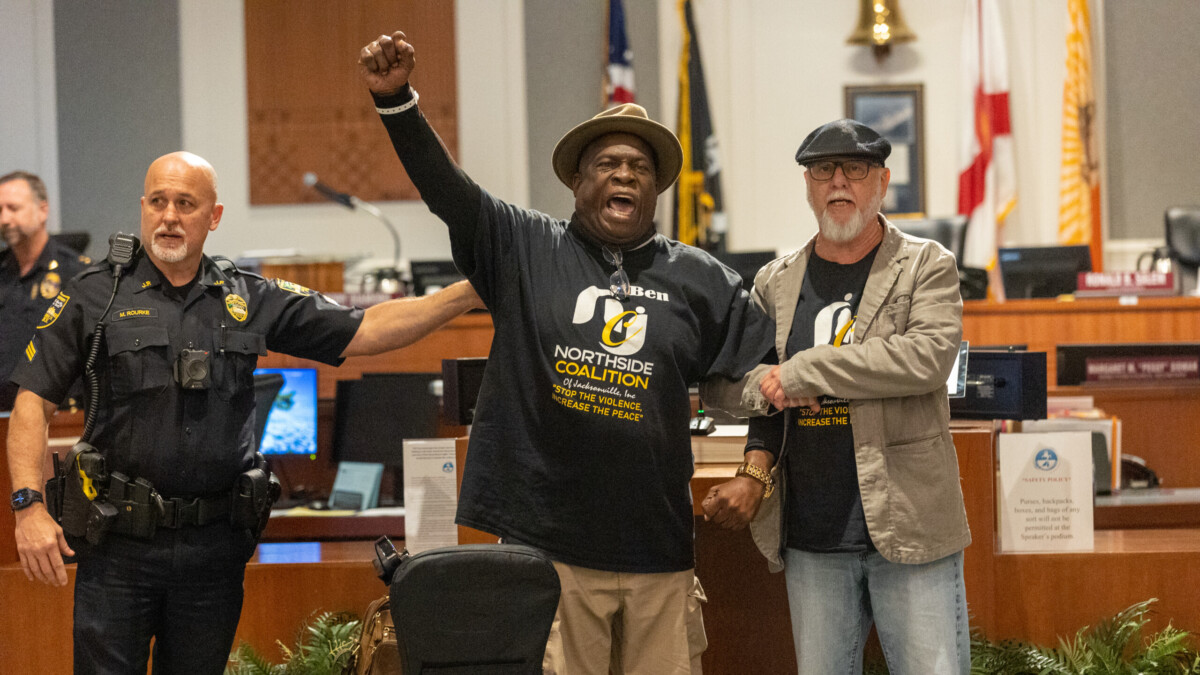 Features PHOTO ESSAY | ‘Take them down!’

Activists with the Northside Coalition and other civil rights groups implored the Jacksonville City Council Tuesday to remove the Confederate monument in Springfield Park, while a faction of speakers asked the Council to keep them up.  Before the meeting, protests began in James Weldon Johnson Park when an organist played a few moments before 4 p.m. and Northside Coalition founder ...
END_OF_DOCUMENT_TOKEN_TO_BE_REPLACED
Read More