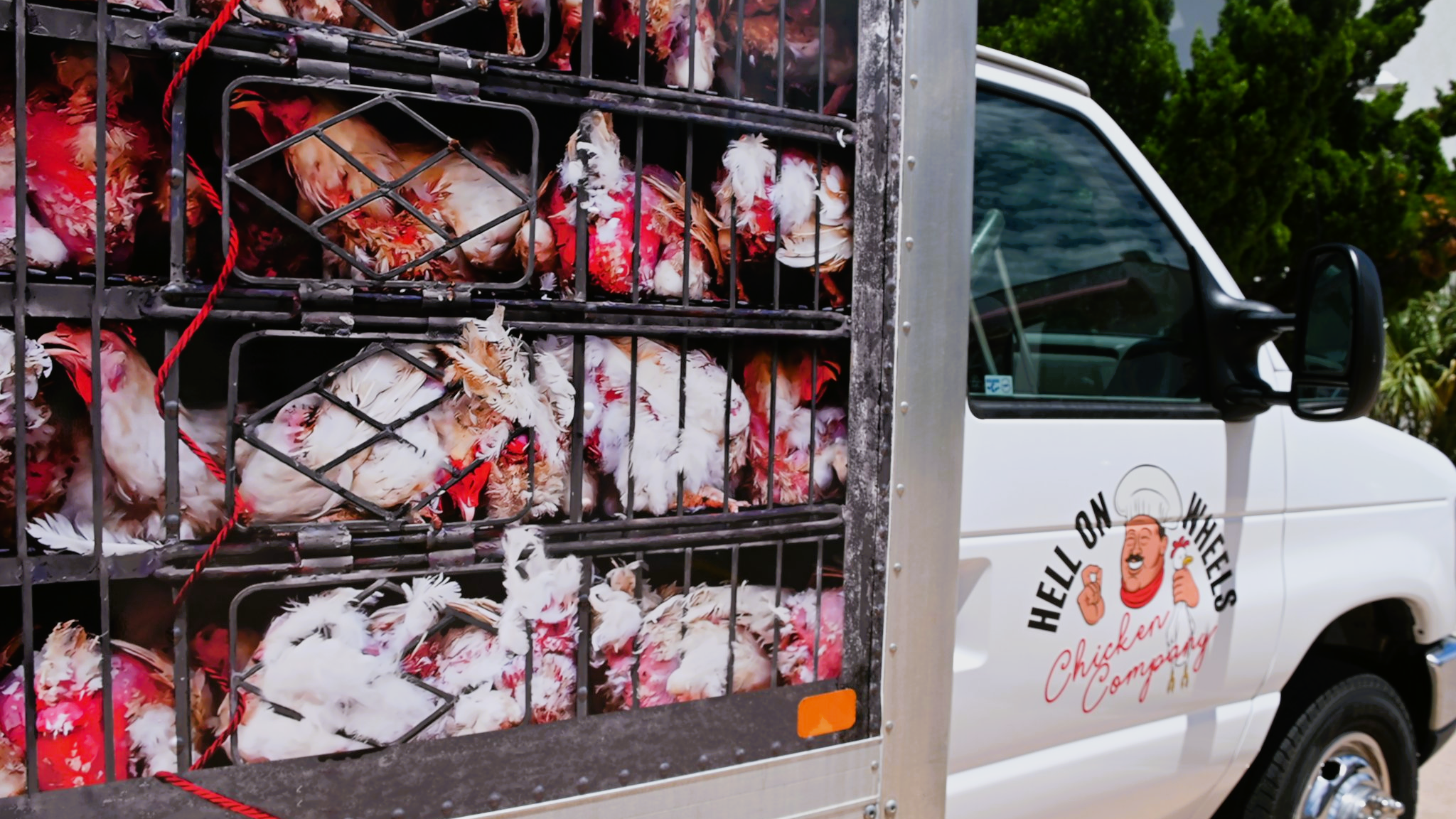 A national animal rights group, dissuading people from eating chicken, will protest this week outside Jacksonville restaurants that serve the feathered fowl. But the protest won’t stop there.

PETA — People for the Ethical Treatment of Animals — also plans to drive past three Southside schools with its “Hell on Wheels” protest truck, its sides depicting caged chickens as its speakers blare the birds’ squawk.

Claiming local diners just might think twice after they see and hear depictions of caged chickens, PETA says its new campaign shows images of real birds crammed into crates on their way to a slaughterhouse.

As the squawking soundtrack plays, a subliminal message will be heard every 10 seconds suggesting that people go vegan as the truck makes stops at The Southern Grill on Flagler Avenue and a J. Lemon Pepper Fish and Chicken spot.

The truck also plans to circle Love Grove Elementary School, the Bolles Middle School Bartram Campus and The Covenant School of Jacksonville on Thursday and Friday as part of its protest, all three on Bartram Road.

Duval County Public Schools officials were unaware the PETA protest would pass Love Grove Elementary School and its exceptional student center until WJCT News told them. The school district had no comment.

Bolles School spokeswoman Jan Olson said they “have a secure campus where all school activities will take place as usual.”

“The school is taking appropriate actions to keep our students safe and campus secure,” Olson said.

The Covenant School did not respond to questions. 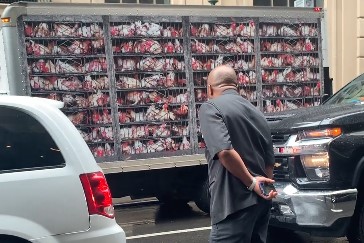 A man takes a closer look at PETA’s “Hell on Wheels” protest truck in an unidentified city.

When asked why PETA would include schools along with restaurants, spokeswoman Robin Goist said children are naturally inclined to want to help and protect animals. She said they face a “constant bombardment” of fast food ads and other influences promoting unhealthy foods that PETA says cause unimaginable suffering.

“Eating anything that comes from an animal is 100% unnecessary,” Goist said. “PETA’s truck brings a sight and sounds that are common in rural areas into urban ones and encourages kids to talk to their parents about choosing far healthier foods that no one was killed for.”

PETA was founded in 1980 and works to defend the rights of all animals, stating on its website that they “are not ours to experiment on, eat, wear, use for entertainment, or abuse in any other way.” PETA says animals “aren’t ours to use for food — they’re unique, feeling individuals with their own wants and needs.”

In a news release about the Jacksonville protest, PETA Executive Vice President Tracy Reiman said that behind every barbecued wing or fried chicken is a “once-living, sensitive individual who was crammed onto a truck for a terrifying, miserable journey to their death.” 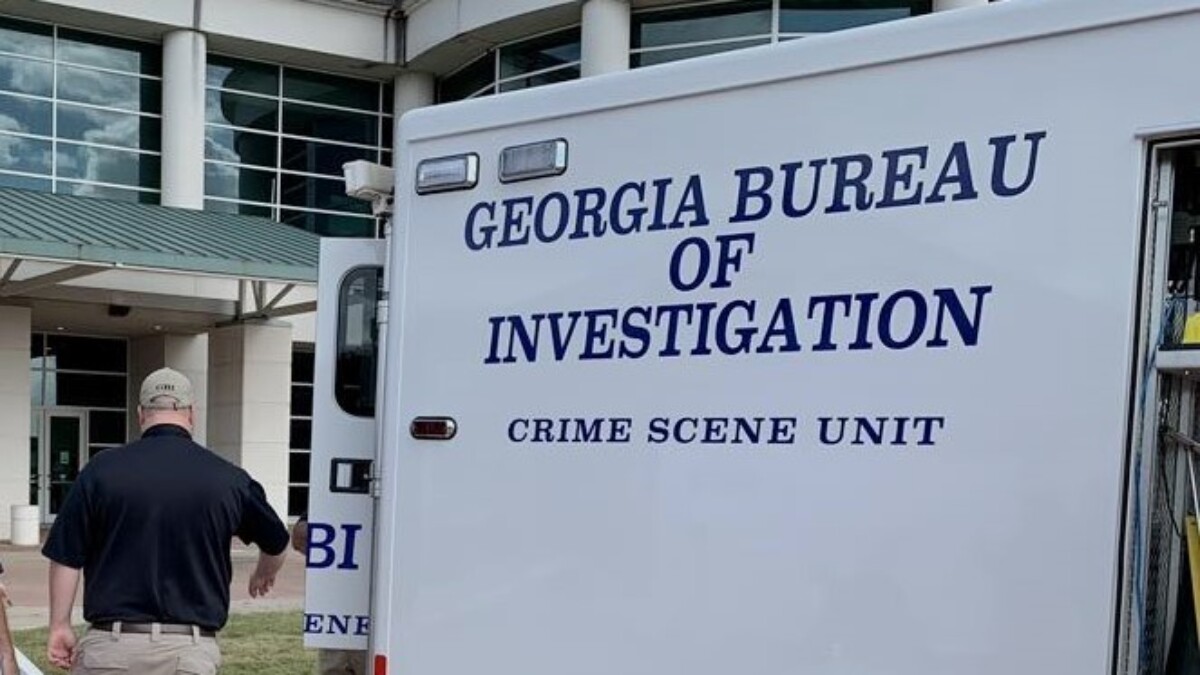 News Georgia school threats among hundreds of hoaxes across US

Twelve Georgia school districts saw beefed-up police presence Wednesday morning after they received threats that turned out to be hoaxes, according to state law enforcement officials. One of those hoaxes was called in to the Camden County 911 Center about an active shooter situation at Camden County High School, while a similar calls came into Glynn County officials about issues ...
END_OF_DOCUMENT_TOKEN_TO_BE_REPLACED
Read More