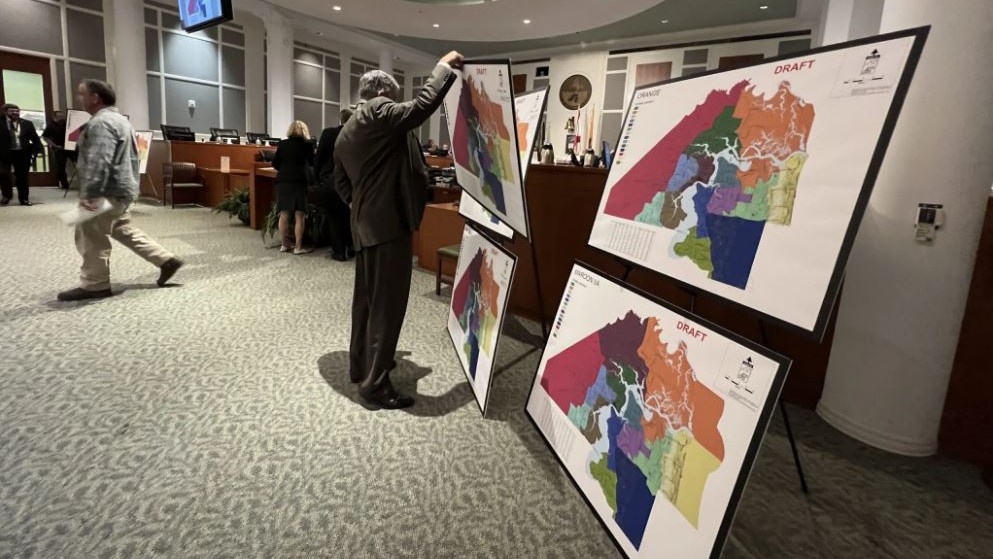 The Jacksonville City Council plans to vote Friday on new district maps after the old ones were struck down as unconstitutional racial gerrymanders, yet after three days of committee meetings, it’s not clear that the council has enough votes to approve the maps.

She ordered the council to draw new maps by Nov. 8, and until Thursday, City Council President Terrance Freeman had expressed confidence the council could finish the task by Friday, four days ahead of time. But for the first time Thursday, Freeman questioned what may happen if the council failed to pass new maps.

The new redistricting maps will be taken up as emergency legislation. Thirteen of the city’s 19 council members must vote for the maps to approve them. Three — Rory Diamond, Matt Carlucci and Sam Newby — have said they will miss the meeting, and an absence counts as a no vote.

If the City Council doesn’t approve new maps by next Tuesday’s deadline, then the council could still propose maps to the court by Nov. 18, the deadline set for plaintiffs to submit maps, but Howard wouldn’t need to defer to the city, said city attorney Mary Margaret Giannini. That increases the likelihood Howard could choose maps submitted by the plaintiffs.

While the special redistricting committee has asked its consultant to advance his “Maroon” map — the least compact and most pro-Republican of the four proposals the committee initially received — with some changes to accommodate council members, it’s not clear if those changes will win enough votes to secure passage.

It is possible Newby or Diamond could still show up. Carlucci has said he is out of town on a long-planned trip.

After Howard’s order, Freeman created a special redistricting committee that consisted of six Republicans and one Democrat, and along the way, the process has upset many.

It took three weeks after the order came down before the committee had a working meeting to go through map proposals. That was Tuesday.

At first, Freeman scheduled just five and a half hours of working time for the committee. He extended that time on Thursday, and he scheduled a “map chat” to hear from citizens Thursday night.

Ferraro opposes how the proposed map moves San Mateo from District 2 into District 7. Howard’s order had honed in on an earlier suggestion that San Mateo move to District 7, but Gaffney and Ferraro expressed concerns the neighborhood — which is mostly white and Republican — wasn’t a good fit for Gaffney’s majority Black district.

Gaffney said it was disrespectful to put him in a district that also had Councilwoman Ju’Coby Pittman. Gaffney, who was term-limited anyway, filed resignation paperwork earlier this year for his unsuccessful run for state senate, and he will leave office as soon as a winner is certified in a special election next week for his district. Yet his son, who lives with him, is one of the candidates running to replace him, and it appeared clear Gaffney was trying to clear a path for his son to have his own district.

Pittman doesn’t like that her district has changed from the one that was struck down.

Cumber doesn’t like that the City Council is trying to pass a new map while appealing the order and that the city staff said it couldn’t do a voting-rights analysis.

DeFoor doesn’t like that the proposed maps tried to split Riverside, Avondale, Murray Hill and Ortega, and so far the committee has agreed to reunite only the first three neighborhoods, but not Ortega.

Clark-Murray doesn’t like that District 9 is not compact, scooping her into a district mostly south of I-10 and splitting neighborhoods like her own Woodstock along the way.

Priestly Jackson hasn’t attended any meetings, but she has expressed concerns about the city’s approach to the lawsuit and the new redistricting committee.

Other council members, like Joyce Morgan and Kevin Carrico, have remained silent throughout the process. 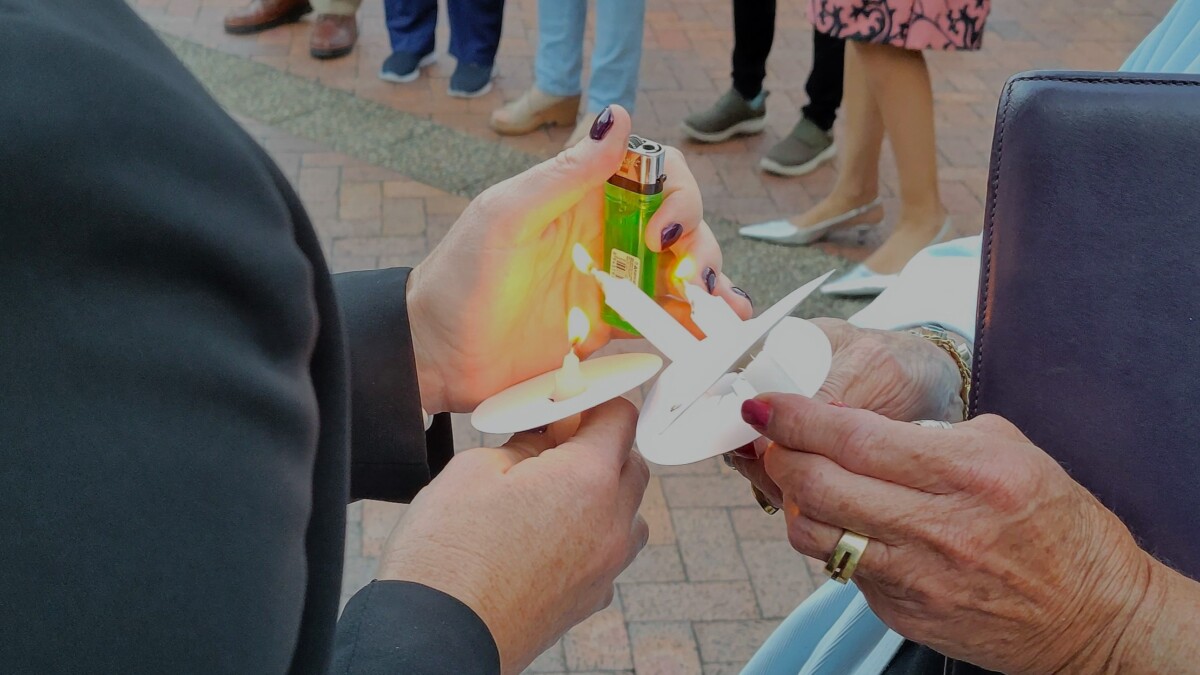 Flames flickered in the hands of dozens Thursday night at James Weldon Johnson Park as community groups gathered with local residents with one goal in mind: push back against those who malign members of the Jewish faith. And as they held small candles in the sunset breeze at the park across from Jacksonville’s City Hall, a musician sang to the ...
END_OF_DOCUMENT_TOKEN_TO_BE_REPLACED
Read More