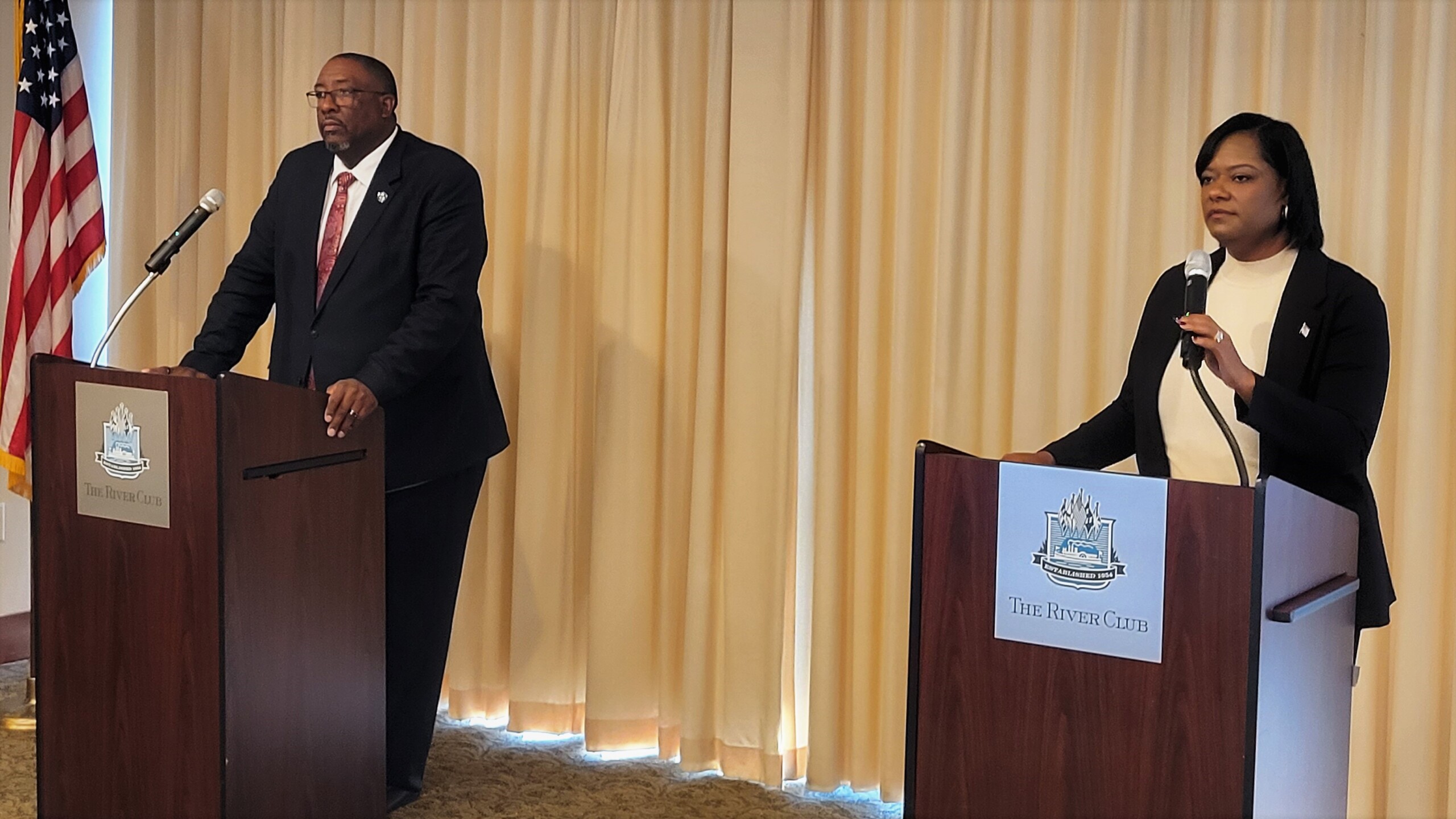 With the election just over two weeks away, the candidates to be Jacksonville’s next sheriff squared off in a lively debate Friday before the First Coast Tiger Bay Club.

The appearance of Democrat Lakesha Burton and Republican T.K. Waters before about 60 club members comes after pointed ads from both sides have aired on local TV, questioning each’s ability to lead a department with a half-billion-dollar budget.

The first salvos came in their opening statements, when Burton said she will be a leader “you can trust,” following Waters’ recent ads targeting her campaign finances, a mortgage issue and an arrest before she joined the Sheriff’s Office.

“The airwaves, your mailboxes, social media platforms have been inundated with half-truths, lies and insulting rhetoric,” she said. “I want to go on record to let you know I am not here to fight my opponent. I want an opportunity to be your sheriff so I can fight the mounting crime that’s been plaguing our city for years. But I don’t want to win by telling lies. I want to win on truth.”

QUIZ: How well do you know the Jacksonville sheriff candidates?

Waters didn’t respond to Burton’s opening statement on trust, instead presenting details on his career from patrolman to chief of investigations, stating the department had a 78% clearance rate on homicides in his last year there.

Waters retired in July, while Burton left her position as assistant chief of the Arlington police zone 16 months ago to begin campaigning. Both were the front-runners in a five-way special election Aug. 23, held after former Sheriff Mike Williams retired after revelations that he had violated city charter by living for more than a year in Nassau County.

Waters garnered 46.7% of the vote in that special election, followed by Burton with 32.8%. They beat former Duval County Schools Police acting director Wayne Clark and former officers Tony Cummings and Ken Jefferson. Clark and Cummings have since endorsed Burton. Jefferson has yet to announce who he is supporting.

With neither Waters nor Burton getting 50% plus one of the vote, they head to the Nov. 8 runoff. 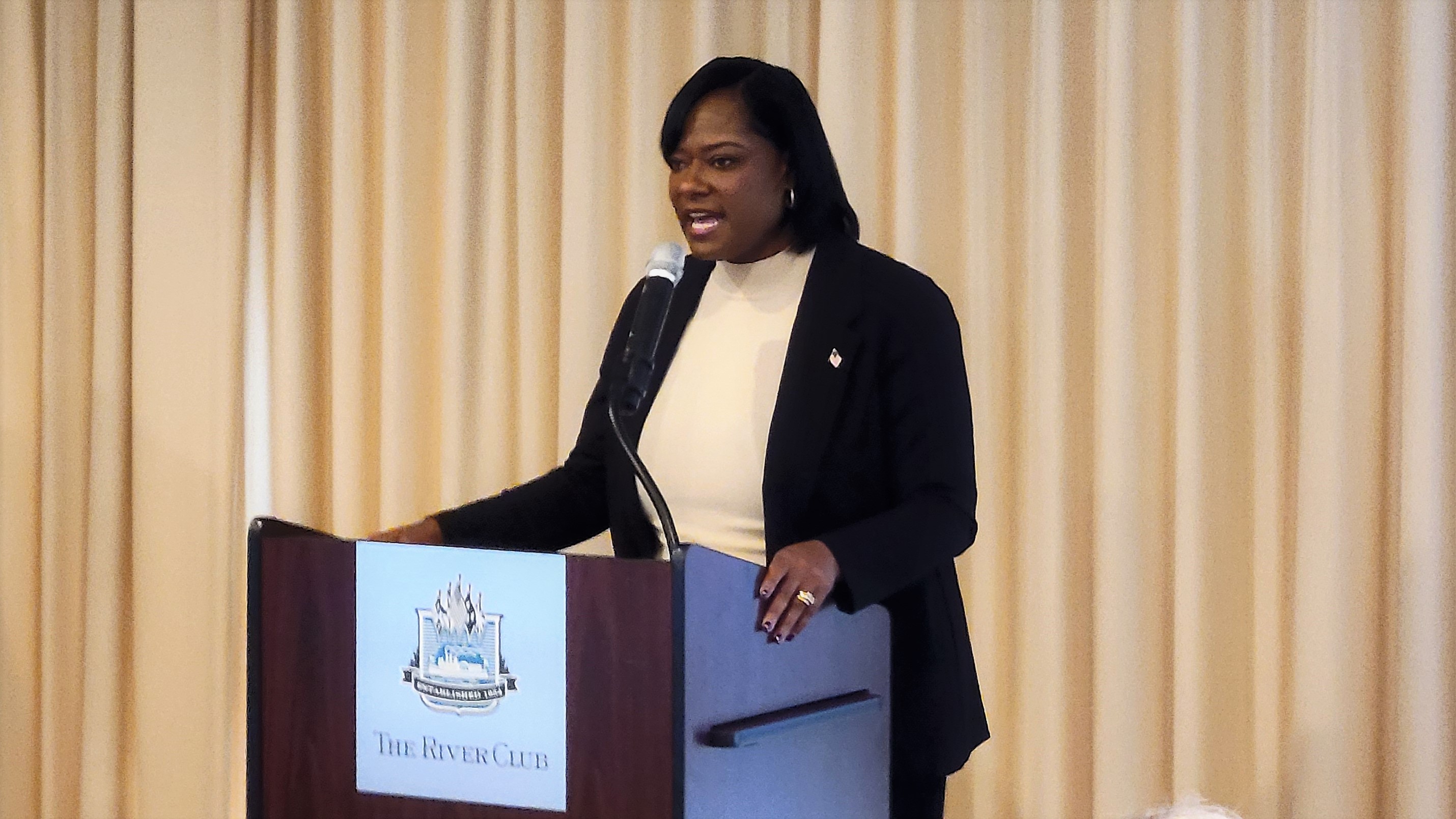 The two candidates answered a series of questions during their hourlong appearance before the club, including one about how they would energize the department they had just left so it will become more proactive in helping lower crime.

Waters said it is important to build strong partnerships with the community, although its rapid growth means we “can’t get as close to our community as we should.” So there’s a definite need to review the boundaries of the city’s six police zones and how population has changed in them, he said.

“I already know what could be done, so that’s one of our plans to engage our community more,” Waters said. “Let’s be honest: There have been some trust issues, but we are going to work on those.”

But Burton pointed to what she has already done when she was in charge of the police zone in Arlington, including a 16% drop in crime in her last year there.

“I understand it takes a collaborative effort, but at the end of the day, somebody has to lead it, and that’s exactly what I did in Zone 2,” Burton said. “How are we going to do it? We have to show up to areas where people don’t like police, or trust us. We need to talk to the media. We need to show up.”

Should police spend money for the expansion of police technology like ShotSpotter, which targets locations where gunfire is and directs officers there? 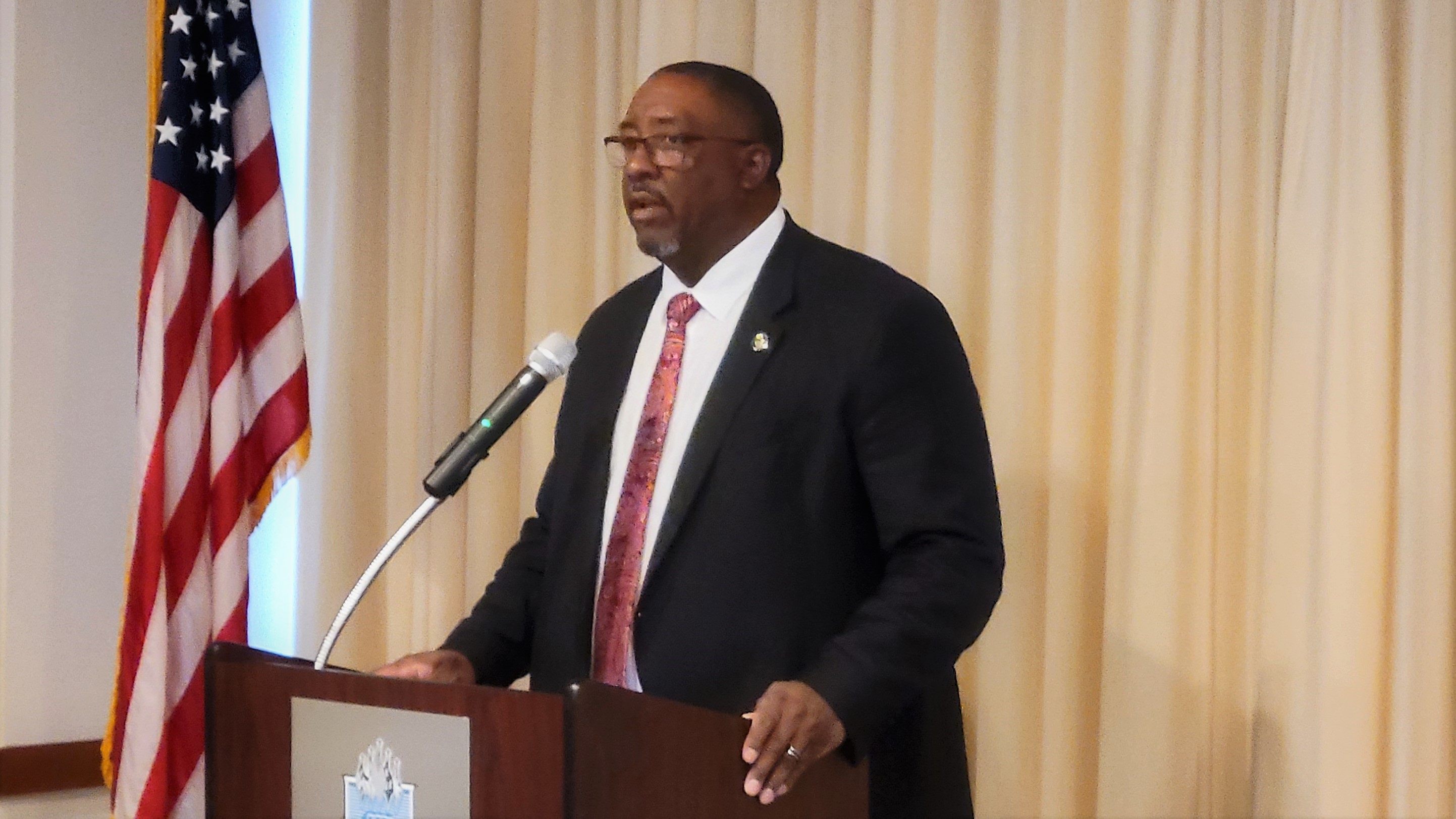 Waters called the system, set up in recent years in areas where there has been lots of violent crime, “very effective.” He said it does not solve crimes but does alert officers before someone calls 911 so they can get evidence like shell casings, which can lead to the gun used.

The Sheriff’s Office has spent millions of taxpayer dollars on technology, Burton said. That tech is important, she said, but the department must begin working with the communities where gunfire is prevalent as well.

“Do not allow technology to take the place of human connectivity,” she said. “There’s still after the fact. We have to start building relationships so people in these communities who have been burdened by violent crime, we encourage them to call us. We are too dependent on technology.”

Questioned about whether the sheriff’s race should be nonpartisan, Waters said he will “serve every person equally and fairly” if elected, while Burton said she will be a sheriff “for all people.”

As for their plans to reduce murders on the first day of their term if elected, Burton said she will “rally this community,” which she said seems to have become numb to the violence that has claimed so many teenage lives this year alone.

“As a mother, I am outraged,” she said. “On Day One I am going to bring this community together because it is going to take all of us. We are going to put all of our resources together so we can address these criminals who have illegal guns out there terrorizing members of our community.”

Waters said he will strategically place personnel where they need to be as he looks at where officers are deployed, including redefining those police zones.

“We have to look at our manpower and where we put it,” he said. “Day One, we will start looking at our zone alignment, get our populations equaled out and base it on that, and we will put our officers in places to help us be more successful in being proactive in dealing with violent crime.”

Whoever wins the Nov. 8 special election will hold office for only a few months, since the primary election for the next term is on March 21, with the general election on May 16, according to the Duval County Supervisor of Elections. 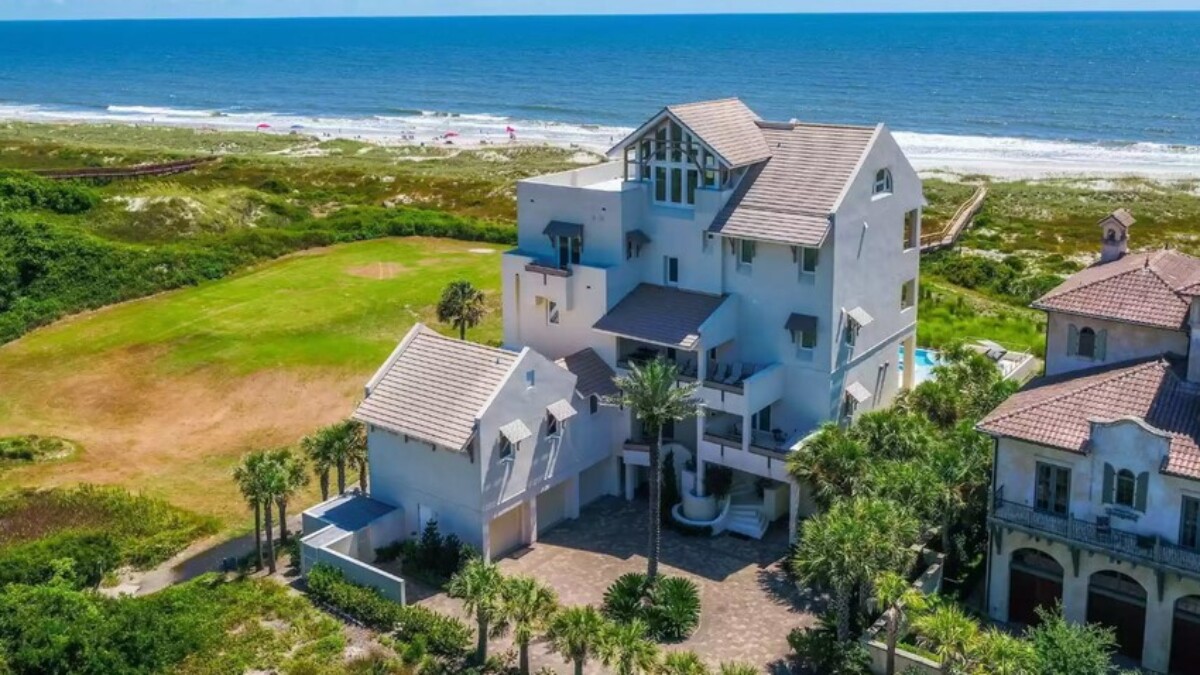 An oceanfront home at 43 Ocean Club Drive on Amelia Island sold this week for $13.35 million. It is the most expensive home sold in Northeast Florida so far this year, according to Jacksonville Daily Record reports. In the second quarter, a Ponte Vedra Beach home sold for $12.22 million. Read the rest of this story at the Jacksonville Daily ...
END_OF_DOCUMENT_TOKEN_TO_BE_REPLACED
Read More