Sheriff candidate T.K. Waters says his voter registration is ‘inadvertently’ out of date 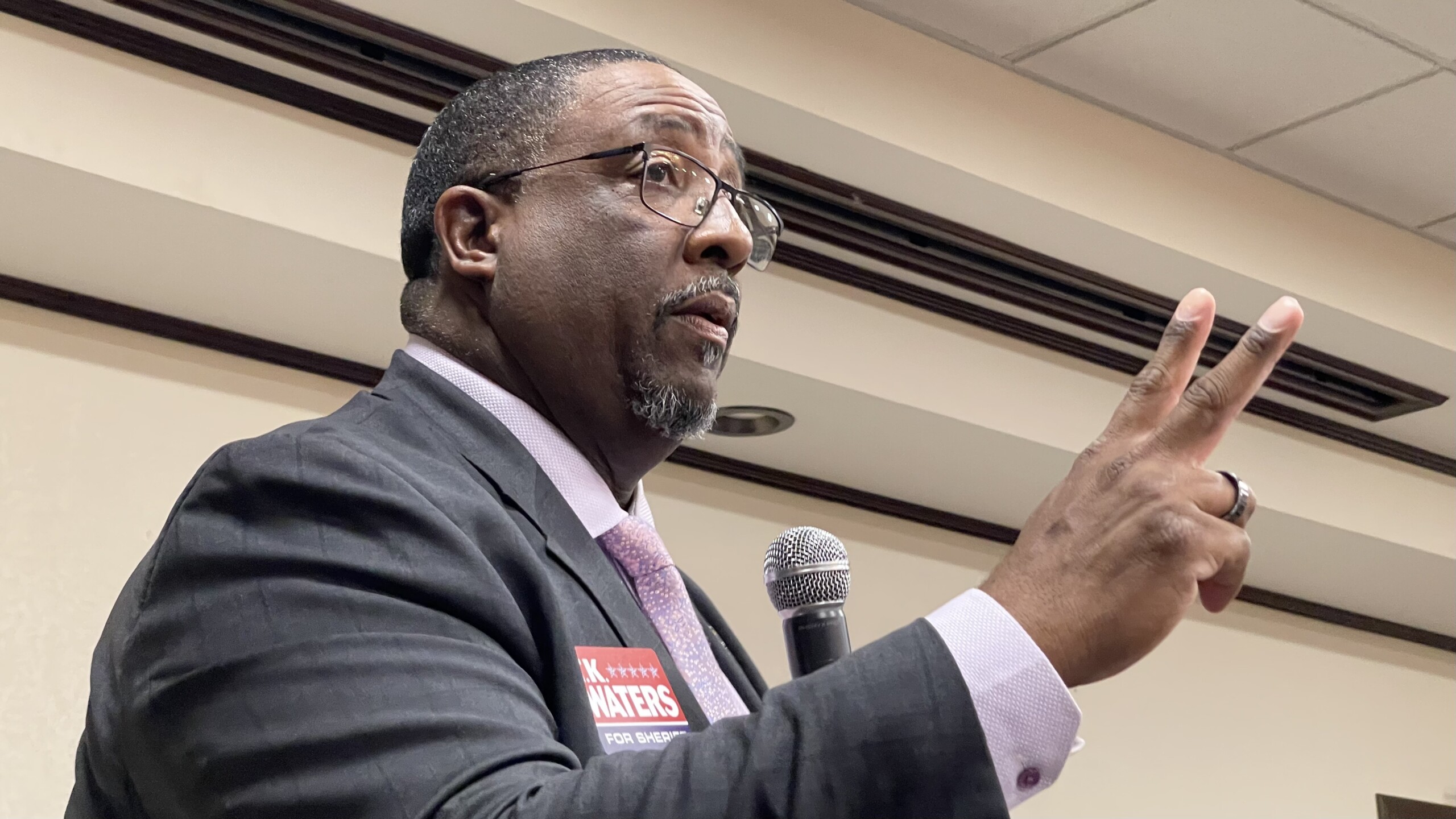 Jacksonville sheriff candidate T.K. Waters says he “inadvertently” remained registered to vote at an old address while waiting for his permanent home to be built. Waters has already voted in the Aug. 23 primary, though his voter registration hasn’t been updated since 2018, according to voting records Jacksonville Today obtained from the Duval Election Supervisor’s Office.

Florida law requires voters to notify the county election supervisor when they move, but Waters says he doesn’t believe he ran afoul of the law.

The five sheriff candidates’ residences have been under heightened scrutiny this election cycle, after former Sheriff Williams resigned after it was reported he moved out of the county a year prior. Sheriffs, but not officers, are required by city charter to live in Duval county.

Property records show that Waters does not currently own Duval property, but he told Jacksonville Today last month his new home in Jacksonville is under construction. Waters says he’s been “living sparingly, renting a house on the Northside, and another spot, until my house is done.”

The Tributary reported Thursday that Waters’ wife is registered to vote at a home on the Duval County side of Nocatee. The house is vacant and currently for sale. The home has been listed for sale for more than a month, according to Zillow. Public records also show his wife voted early in the August 23 election, with the Nocatee address on her voter registration.

T.K. Waters’ voter registration info is not publicly available because Florida law exempts police officers’ addresses from public records, but he confirmed to Jacksonville Today Thursday that his registered voter address is outdated.

“In between moves earlier this year, I inadvertently kept my voter registration at a previous address, though I was not required to change it until my permanent home, under construction, is complete and ready to move in to,” Waters wrote.

Florida law restricts voters from casting a ballot in a precinct other than the one where they’re a legal resident and requires voters to update their registration with a current address. The law does not explicitly exempt temporary addresses. A Florida Division of Elections guide says legal residence is established by both intent of permanent residence, and fact, like paying bills at that address.

Duval Elections Supervisor Mike Hogan says an outdated voter registration does not impact Waters’ candidacy. “Our office has no investigatory or prosecutorial power. We accept whatever information is provided by the applicant in the four corners of the document provided to us by the voter,” Hogan wrote in an emailed statement Friday.

Waters is the sole sheriff candidate running as a Republican in Duval County, with four Democrats in the race. In response to The Tributary’s reporting about his outdated voter registration, the Duval County Democratic Party issued a statement Thursday demanding Waters “provide a detailed accounting to authorities of where he has lived in Duval County.”

Sheriff candidates are required to be registered Duval voters for at least the 183 days before qualifying, and sheriffs must live within county limits, according to the Duval County Supervisor of Elections.

During most of that time, Waters lived in Jacksonville’s McGirts Park, according to the Jacksonville Sheriff’s Office. The agency says he provided live-on security in the park from the end of May 2021 until June 2022, when he retired as chief of investigations. The city of Jacksonville says the residence at that park is city-owned, and officers-in-residence don’t pay rent or utilities in city-owned park properties.

Waters says his planned, new permanent home is on Jacksonville’s Southside, and he has lived in Jacksonville for “almost a decade.” County property records show Waters and his wife purchased a home in 2017 in Jacksonville’s Nocatee area (a different address from the one where his wife is registered to vote). He sold that home about two years ago.

“Following the tragic death of our son in our home, my wife and I made the difficult decision to move and began renting in other locations,” Waters tells Jacksonville Today.

The sheriff’s election is Tuesday, August 23. Unless one candidate gets half the vote, the top two vote getters will face off in a runoff election in November.

This is a developing story. WJCT News’ Heather Schatz and Raymon Troncoso contributed to this report.

The Jacksonville Transportation Authority may be one of the solutions to Duval County’s school bus driver shortage. Later this month, the JTA board of directors will vote on a proposal to formally expand and make permanent the My Ride 2 School program, which provides free fare to Duval County middle and high school students. The program launched as a pilot ...
END_OF_DOCUMENT_TOKEN_TO_BE_REPLACED
Read More