There’s a lot to do in the Jacksonville area, and even more within a short drive. With summer winding down, here’s a look at six places with authentic charm that make for great day trips from Jacksonville.

One of the most underrated things about Florida is its abundance of natural springs. Jacksonville is within a one- to two-hour drive of some of the most beautiful springs in the state. One of the easiest to visit is Alexander Springs, part of the Ocala National Forest.

Alexander Springs is one of Florida’s 27 first-magnitude springs, the largest category of natural springs, and discharges about 70 million gallons of pure water from the Floridan Aquifer per day. The recreation area was the product of the Civilian Conservation Corps in the 1930s, and the area around the springhead was designated a wilderness area in 1984. Its wide swimming area and deep spring make it perfect for a camping trip or simple day’s visit.

Only 60 miles from Downtown Jacksonville as the crow flies, Cumberland Island is a truly magical place. A national seashore managed by the National Park Service, it features miles of pristine beaches, trails through dense maritime forests, gothic ruins and even its own band of feral horses. It can only be reached by boat; it is served by a ferry that departs from the docks at St. Marys, Georgia, twice a day.

The island was home to a Mocama Timucua chiefdom, the Spanish mission of San Pedro de Mocama and, eventually, a slave plantation. In the 1880s, industrialist Thomas Carnegie made Cumberland his family winter home and built several residences, including the main mansion of Dungeness. The mansion burned in 1959, and today its ruins provide a sublime sight for visitors. But possibly the most notable feature of the island is its band of feral horses, known as Cumberland horses, whose roots may trace back to the 18th Century, if not to the Spanish period. They are often seen in the woods and wandering around the ruins and beaches.

Covering 1 square mile and named after a Seminole chief, Micanopy is believed to be the oldest inland town in Florida. Established in 1821, it was the first town to be developed after Spain relinquished Florida to the U.S. Eventually bypassed by U.S. Highway 441, Micanopy has been largely preserved in its early-20th-Century state, offering visitors an interesting look at a Florida that has avoided the modern proliferation of suburban sprawl, roadway widenings and auto-centric development. A 20-minute drive south of Gainesville, Micanopy has become well known for its collection of antique shops and sidewalk cafés.

Jacksonville is known for having 80,000 acres of parkland and preserves, more than any other American city. Less known is the fact that just outside the city are some of the most expansive natural spaces in the country. Straddling the Florida-Georgia border less than an hour west of Jacksonville is the Okefenokee Swamp, the largest national wildlife refuge in the eastern U.S.

The Okefenokee is one of the largest intact freshwater systems in the world, as its impenetrable nature made it impractical for engineers to drain. The 400,000-acre swamp is home to hundreds of native bird, animal and plant species, many of which are endangered. It also has a very long human history, with Native American peoples living in and around the area for thousands of years. The massive refuge has three points of entry for visitors, each with its own attractions and amenities. For those coming from Jacksonville, check out the main entrance near Folkston, Georgia, where you can rent kayaks, canoes or jon boats, or take a guided boat tour.

Named after the German duchy of Brunswick–Lüneburg, the ancestral home of the House of Hanover, it was proclaimed by President George Washington as one of the five original ports of entry for the 13 colonies. Also known for Brunswick stew, a tomato-based stew containing lima beans, corn, okra, other vegetables and one or more types of meat, the city was once called “The Shrimp Capital of the World” when it was the center of Georgia’s shrimping industry.

Platted in 1771, the original plan of Brunswick was laid out in a grid featuring several large public squares. Over time, the original portion of the city, which had its own electric streetcar line between 1911 and 1926, became known as “Old Town.” On April 26, 1979, the Brunswick Old Town Historic District was added to the National Register of Historic Places.

The oldest city in Georgia, Savannah was a British colony established in 1733 by Gen. James Oglethorpe. This is important because he was responsible for planning the unique layout of the city. The building block of the city is called a “ward”. A ward contains tithing lots, trust lots, and most prominently, a central square. In the early days, the central square provided a place for the residents to socialize, garden, host open-air markets, or just enjoy some nature.

The block structure of “wards” was innovative for their time and to this day has proven to be a fantastic design element of the city of Savannah. Today, 22 of the 24 squares remain and are a beautiful part of the city. The squares, the mature lowcountry coastal landscape and the historic architecture provide a sense of identity for the medium-sized city, which has seen explosive growth in tourism in recent years.

In addition, Savannah’s historic River Street is considered to be one of the South’s most vibrant urban waterfronts. Its latest attraction is the $270 million adaptive reuse of a former 110-year-old electric power plant into a mixed use development called the Plant Riverside District.

Spend a few hours in town and you’ll quickly understand why there were more than 8 million overnight stays with 68% of guests being repeat visitors, and $3.3 billion spent in the community by visitors in 2021. 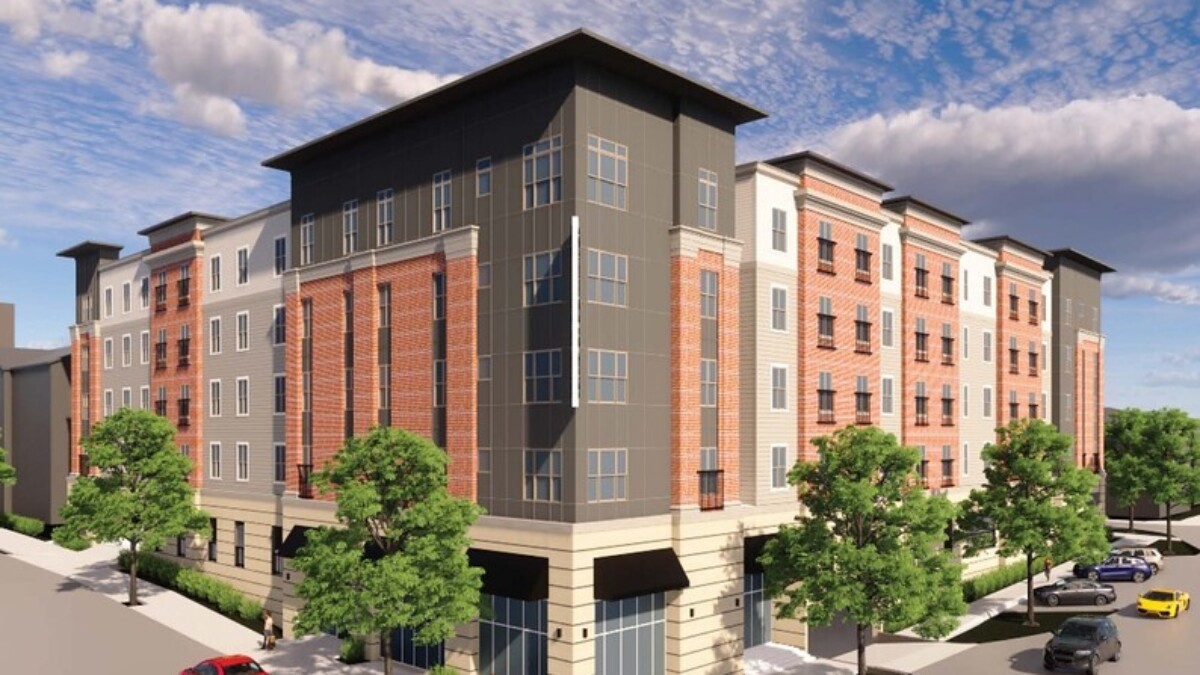 The Jaxson THE JAXSON | 6 Downtown projects now under construction