Black-owned startup Laundr gets a boost in Jacksonville 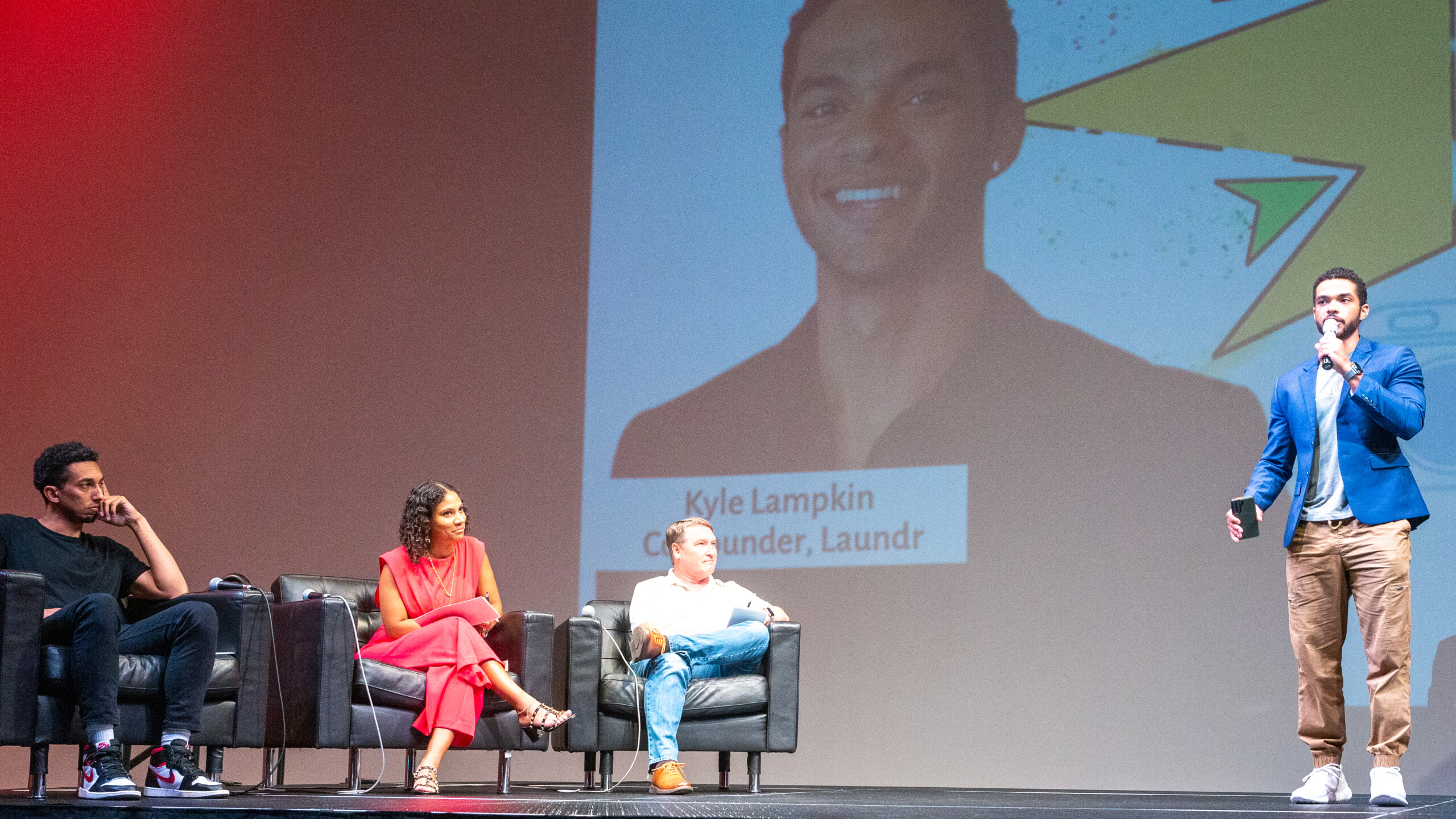 Kyle Lampkin and Michael Behfar are monetizing one of the most mundane parts of adulting: doing laundry.

The competition geared toward companies founded by Black and brown entrepreneurs received pitches from across Florida. Five finalists vied on Tuesday for networking opportunities with Jacksonville-based innovation law firm Wilson Dutra as well as a $3,000 travel stipend to pitch at Venture Atlanta this October and the Black Founders Demo Day in Miami in December.

There may have been one winner, but there were no losers.

PS27 Ventures CEO Jim Stallings says all five companies that presented Tuesday night at the WJCT Soundstage are worthy of investment. Sprinkled through the crowd were investors, entrepreneurs and business organizations who sought to network with the five companies that pitched a trio of judges.

Laundr is an on-demand laundry service that has partnered with Doordash to wash, fold and return laundry in less than 24 hours. The company was founded in Gainesville in 2018 while Lampkin was an undergraduate at the University of Florida and Behfar studied at the University of Central Florida.

“I thought we did a good pitch, but I thought we could have been a little bit better,” Lampkin said after his company was announced the winner. “I also thought that the pitches that came before us and after us were strong. I thought that all the contestants were great. I was super interested in their businesses.”

Laundr has already raised $110,000 and is in a seed funding round, looking to raise another $2 million. That, Lampkin and Behfar say, will allow them to grow into 20 cities over the next 18 months.

The two moved back home to Miami earlier this month.

That comes on the heels of a record-setting 2021, when $4.36 billion in venture capital was invested in Black-owned companies. That number, according to Crunchbase, represented 1.3% of all venture and growth equity financing for American startups last year.

“(In) the venture capital industry a lot of investors say to me that, ‘I can’t find Black and brown and women founders, particularly ones that are going to scale to be a billion-dollar business. I can’t find them,’” Stallings says.  “One reason that we had this was to put them on stage, record them, take pictures of them, let them speak so everybody could see it.”

“The audience was one of the most diverse I have been in in Jacksonville. And, everybody got a chance to witness these high-quality founders. (They are) passionate, committed, and they could project in the future to actually leading a billion-dollar business,” Stallings says.

Two of the finalists were Jacksonville-based.

Kapshare is an app that eases the workflow of collaborating on audio and video files by a team, allowing real-time editing across multiple devices. It will launch its app in September.

It’s All About the Mac is a wholesale macaroni and cheese producer that eschews preservatives. The company has been featured on QVC twice and sold more than 30,000 units of macaroni and cheese bites during its most recent appearance on the television network.

Thrifty is a Gainesville-based app that allows users to sell secondhand goods. Go See The City is an Orlando-based company that connects restaurants and festivals with consumers in order to sell food at deeply-discounted prices to ensure it does not go to waste.

“I think it’s super awesome that PS 27 (Ventures) is putting something like this together,” Lampkin said. “I think that any founder of color knows, we just got to work a little bit harder. And I think that’s on all of our minds. But yeah, events like this are really invaluable because it helps, again, put us on the map and bring us to other conversations that otherwise would be a little bit more difficult to get to.”

Stallings expects to hold similar events in the near future.

“We have a thriving, growing, new entrepreneurial ecosystem,” Stallings says. “And we get to play at the table with some of the bigger cities in Florida …Jacksonville, for the first time, is now going to play.”