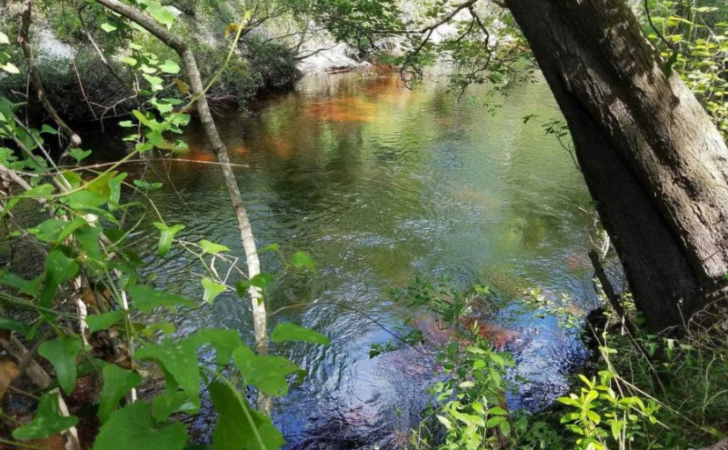 The St. Johns River Water Management District wants to collect water from this spot on Black Creek near the Florida 16 bridge. The water would be piped to Keystone Heights. | St. Johns Riverkeeper

There is a lot of frustration with government these days. Inflation and the lingering effects of the pandemic have many folks in a sour mood and feeling powerless.

“You can’t fight City Hall” is a mantra I occasionally hear. It’s the idea that one person or a small group can’t make a difference.

Well, don’t tell that to the “Save Our Lakes” organization in the Keystone Heights region. This group, which advocates while wearing their familiar red shirts, has fought for decades to restore the Keystone lakes. And now they have achieved a historic victory.

The Red Shirts had a right to demand action. The Keystone lakes have slowly faded away over the years. Some lakefront property owners can no longer see water from their back porch.

As a fourth-generation resident of Clay County, I fondly recall swimming in Lake Brooklyn while attending YMCA camp. Now it’s a bath tub. Restaurants, boat rentals and property values thrived back in the day. Now it’s almost a ghost town.

While it’s incredible that this slow decline has occurred for decades, what is really incredible is we’ve done nothing of substance to stop it.

Thanks to the steady drumbeat of advocacy from the Red Shirts, the government has taken action. Last week, the St. Johns River Water Management District approved a contract to build the first phase of a system that will pipe excess water flow from Black Creek into the Keystone chain of lakes. The plan has been engineered and vetted by state and federal experts.

So the next time you hear someone complain that government never does anything to fix a problem, or that only the powerful have a voice, remember the Red Shirts. It can be done.