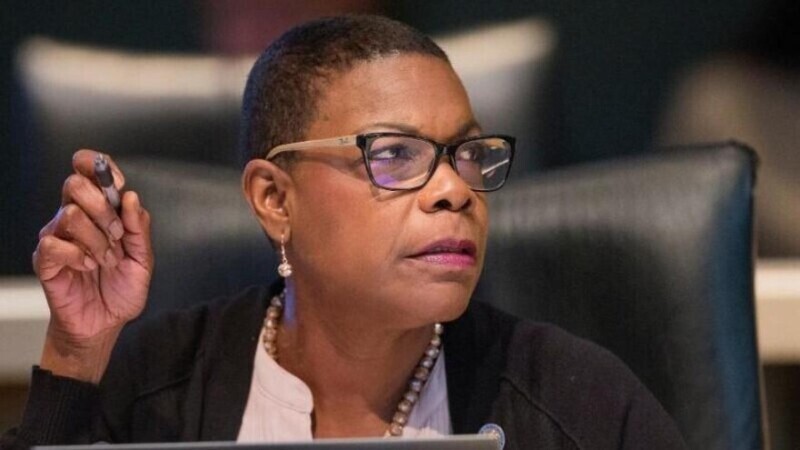 My heart was glad when I saw the announcement that term-limited Democratic state Sen. Audrey Gibson was entering the Jacksonville mayoral race. It seemed like a full-circle moment.

Eleven years ago, when I first considered moving to Jacksonville, I had come to the River City for a job interview. It was election day. Alvin Brown was the Democratic candidate for mayor. I drove along I-95, unfamiliar with its bends and curves, from the Southside to Downtown. I distinctly remember Brown’s waving a sign asking for votes on the overpass around University Boulevard.

Weeks later, when I got the job and officially moved to Jacksonville, Brown was sworn into office as the city’s first Black mayor. Tom Joyner made the announcement on his nationally syndicated radio show with pride at Brown’s triumph. Although his tenure as the leader of this city was cut short, Alvin Brown’s place is forever solidified in history.

Which is partly why I smiled when I heard about Gibson’s bid for mayor. I was excited to see a face that looked like mine. I was excited to see a different kind of “establishment politician” who perhaps has different priorities for a city she’s called home and represented in one way or another over the course of her career. All of these things went through my mind. But when it came down to it, what really made my heart glad in an eye roll-inducing, ironic sort of way is that after hearing the news I immediately thought of the meme plastered across T-shirts all over the interwebs that says: “F*** it, I’ll do it. -Black women.”

Acknowledged or not, Black women are owed a debt. For saving democracy repeatedly. Stacey, Kamala, Keisha Lance Bottoms. For standing up for Black men. Patrisse, Alicia, Ayo (formerly Opal). For igniting movements that laid the groundwork for our civil rights. Mamie, Rosa, Fannie. For calling out bigotry, hatred and horrendous care against trans and same-gender loving people. Marsha and Sylvia. For exemplifying that Black women are overly capable and overqualified to work and serve in any position of government no matter how high or how hard or how thick the concrete ceiling above them. Shirley, Cheryl, Ketanji.

I could continue listing receipts and the names of women who are owed checks and flowers but I’ll stop because part of the problem of being a Black woman is constantly having to show and prove, when our history is long and our accomplishments endless. Black women earn the most advanced degrees and start the most businesses per capita, and our spending power in this country is estimated at about a billion dollars. However, we make 68 cents for every dollar a white man makes, we have the highest rate of maternal mortality, diabetes, hypertension and breast cancer, and fibroids run rampant through our bodies because of the double doses of stress that come with being a two-fer: Black and woman.

And still we rise.

In the city of Jacksonville I know a litany of dope Black women who put on their capes and their stilettos and go out and slay for their neighborhoods, their community, their people and their children. Yet they still have to beg, borrow, and damn near steal to get any assistance or any acknowledgement from those who hold the purse strings, from those who perceive themselves all powerful and all knowing. It is time for a new way. A new order. An approach that puts people before politics and the needs of the many before personal gain.

I don’t know the odds for Audrey Gibson —  my colleague A.G. Gancarski can tell you better than I can. I don’t know her full plan if elected, where she’ll begin, what she’ll fund, if she’ll take down the Confederate monuments, what she’ll do about Downtown or anything like that. I have nothing but my experience as a Black woman and my gut to go on.

Every day of my life, when it comes to getting things done, I will always bet on a Black woman.