Opinion: A toast to brighter futures 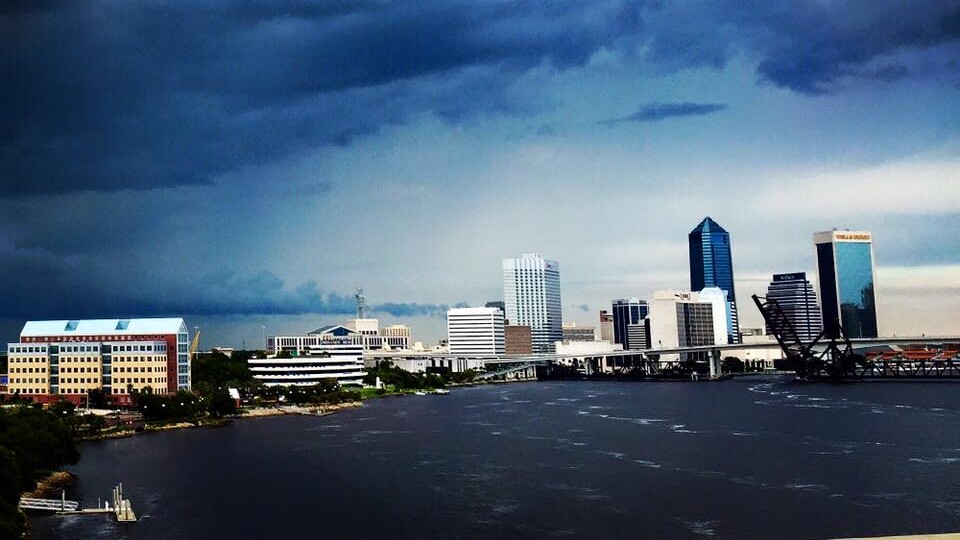 Saturday, the city of Jacksonville will mark its 200th birthday with a jam-packed bicentennial celebration schedule. It’s also my daughter’s 1st birthday. As I think about the confluence of these markers of history, both personal in some way, I am forced to think about what lies ahead for my daughter, who has no understanding of the perils she will face in this country, first as a Black girl and later as a Black woman.

Over the last week, I have been grieved by one headline after another. The low test scores for students because of pandemic stress. The Florida Supreme Court’s letting the congressional map drawn by Gov. Ron DeSantis’ administration stay for the next election. The mass shooting at a hospital in Tulsa on the commemoration of the Tulsa race massacre in the Greenwood district. The fact Jacksonville doesn’t have a legally serving sheriff and the city has not yet acted on the question of what to do with Confederate monuments has been the least of my worries.

As a child, I was taught that the goal of parents is to raise their children so that they have more and do better than the generation before them. As an adult, I have faced the circumstances, from the Great Recession to the COVID-19 pandemic, that have led to the incontrovertible fact that my generation — we scrappy, bootstrapping, culture-influencing millennials — will be the first who earn less and die younger than their parents. If this regressive statistic becomes more trend than anomaly, what will the future hold for my daughter? What will life be like for her and her brother?

Long hours, low wages and substandard education? This is not a bright future.

No amount of cultural programming, historical trails, lectures, art exhibits, classes, books and curricula can replace the collective healing needed, not only in this country but in this very city to help it become the Bold New City of the South it self-righteously proclaimed itself to be.

“ . . . Aquatic life, regional birds of prey and the required dinosaurs, a hundred-year history of Jacksonville starting in the 1800s: Cow Ford, the Great Fire of 1901 (though a noticeable skimming of the city’s part in aiding the Confederacy).”

This fictional rendering of what Jacksonville is, who it uplifts and the history it holds close is telling.

In school, as in life, when you’re taught something new you expect to be quizzed and tested on the lesson until the knowledge is retained, burned in your brain never to be forgotten. If you forget and fail the test, you begin again at lesson one. Over the last 200 years, what has Jacksonville learned to correct the errors of its past to allow my daughter’s generation and the ones who come after her to forge a future where they don’t face blatant racism or the death by a 1,000 cuts that is the daily experience of corporate microaggressions, online and in real life?

What has Jacksonville learned over the last 200 years about providing for its unhoused, making education equitable on all sides of the city, or installing infrastructure to bring marginalized neighborhoods into the future instead of using the plight of their blight as a catchy campaign promise that’s reneged upon as soon as a commissioner, legislator, congressman, senator, president is sworn into office? Moreover, what has Jacksonville done?

When I moved to this city 11 years ago, I heard so much about its growth. Jacksonville was compared to Atlanta, Charlotte and Austin, booming Southern metropolises that experienced an influx of people in search of good jobs and a higher standard of living. Cities in which the people who sought out the warmth of other suns brought with them culture, flavor and swag. In Jacksonville I’ve found the culture, tasted the flavor and contributed to the swag, but I have yet to see the city’s return on the people’s investment and belief in its future. Not in a way that is equitable and inclusive instead of segregated. Improvements have been purely performative, a facade over many administration failures.

Perhaps the city’s consistent recidivism to its conservative Southern roots that considers “the Negro” or any other “a problem,” takes a “not in my neighborhood” stance against rising gun violence, and believes law, order and divestment-created deserts are the answer to all social ills is why we have not solved for the past to even begin to plot the possible permutations of the future.

This is not to say that there has been no progress. But I ask, has there been enough?

In 200 years, what through line will my great-great-great-grands of the future be able to trace from 2022 to 2222? What will they be able to say started way back when that made their lives better? Not bearable, but better.

When bottles pop Saturday night against the backdrop of kaleidoscopic fireworks, take note of what you’re grateful for — the changes you’re celebrating. Then ask yourself what could make it better. If we all work toward that better, the next two, 12, 20, 200 years should have no millennial anomalies, only brighter stars and brighter futures ahead.