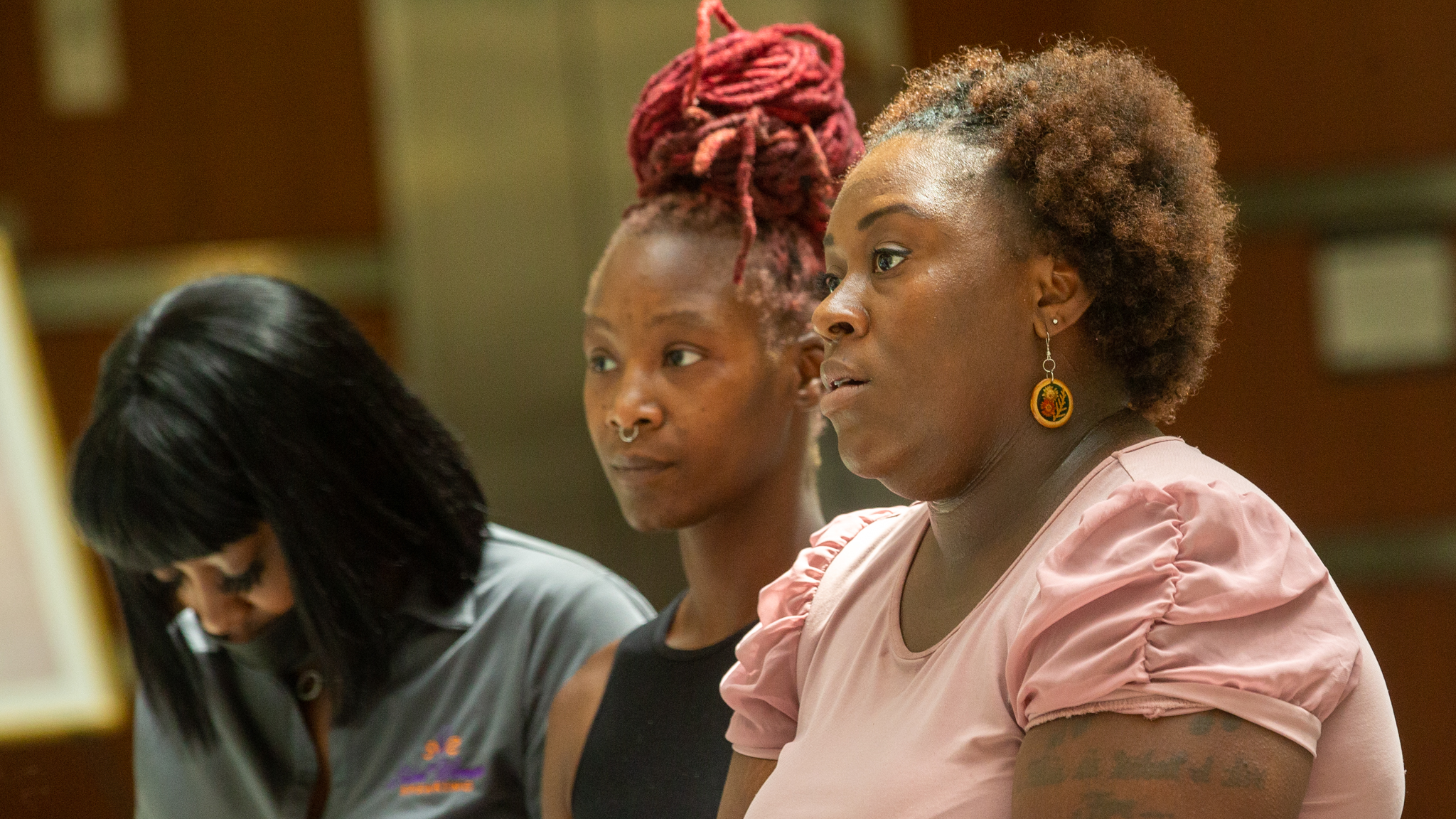 Shontae Jackson does not need to be told how devastating it can be when a family member’s life is shockingly cut short.

After the 2020 shooting death of her stepson, the longtime Jacksonville resident started a podcast on dealing with grief and then converted it last year into a nonprofit, Subliminal Dreamz Inc., which aims to equip young men with mental and emotional tools.

Next, Jackson plans to apply Subliminal Dreamz for one of the city of Jacksonville’s Rise Up Mini Grants, with applications opening June 13th.

Jackson hopes Subliminal Dreamz can qualify because she is also trying to address other root causes of violence, by distributing financial assistance to families in acute need and partnering with a local restaurant chain to help reduce the trauma of food insecurity, for example.

Jackson is also partnering with another nonprofit, Youth Giving Back, to apply for Rise Up dollars for its program called Teaching Real Innovative Life Lessons.

Rise Up, Jacksonville’s latest attempt to stanch the bloodshed flowing through the River City, is meant to devote dollars to nonprofits that are already intimately engaged with communities. Constance Hall, the city’s Safety and Crime Reduction Commission chair, says the grant funding program could be replicated in future years.

“As we move to Jacksonville Rise Up, we’re extremely excited to be able to open it up to those that oftentimes work in the community, that are already doing things in the community to have the opportunity to apply for those grants” Hall says.

The grant program comes from the commission that was formed on the recommendation of the city’s Safety and Crime Reduction Task Force in 2019. The commission’s goals include ending the stigma around mental health, removing illegal guns and increasing community engagement.

In March, the commission went on a walking tour in Arlington, sharing information about mental health care. That was the same week that Newby and Gaffney pledged to do something after a spate of violent crimes in Oceanway and other parts of Northwest Jacksonville, mostly involving young people.

This Monday, as he announced the program, Newby said one of Jacksonville’s most recent homicides affected him personally. Rashaud Fields was shot and killed on Pine Estates Road, hours after he graduated from Raines High School. He was 18 years old.

Fields was an offensive tackle on the football team who planned on attending Keiser University.

“Just two weeks before (Fields’ death), my grandson graduated from high school and played football,” Newby said. “And, I could be standing where his mother is standing at, as a grieving grandfather. So, we have to do something to stop this crime. This Rise Up grant will help stop crime and help with crime prevention.”

The Jacksonville Sheriff’s Office notes Fields’ death was the 54th homicide in Jacksonville this calendar year.

“(Rise Up) gives us an opportunity to take our mission and our causes and put them on a grander scale, so people can know that we’re here,” Subliminal Dreamz founder Jackson says. “I have been in operation almost two years and most people wouldn’t know the services that I offer, the therapy and resources I offer to young men are available…The goal is to change a life, save a life.”

Applications for Rise Up grants will be accepted between June 13th and June 27th on the city’s website (the application link will go live on Monday, June 13th). Recipients will be revealed in August.

Dara Davis started All Construction Group, a company she operates out of her home on Jacksonville’s Northside, in March of 2020. The company builds and remodels residential and commercial properties —  work that’s now getting a boost from a recent grant from LISC Jacksonville’s Small Business Equity Fund. The program was created last year by the Local Initiatives Support Corporation, ...
END_OF_DOCUMENT_TOKEN_TO_BE_REPLACED
Read More