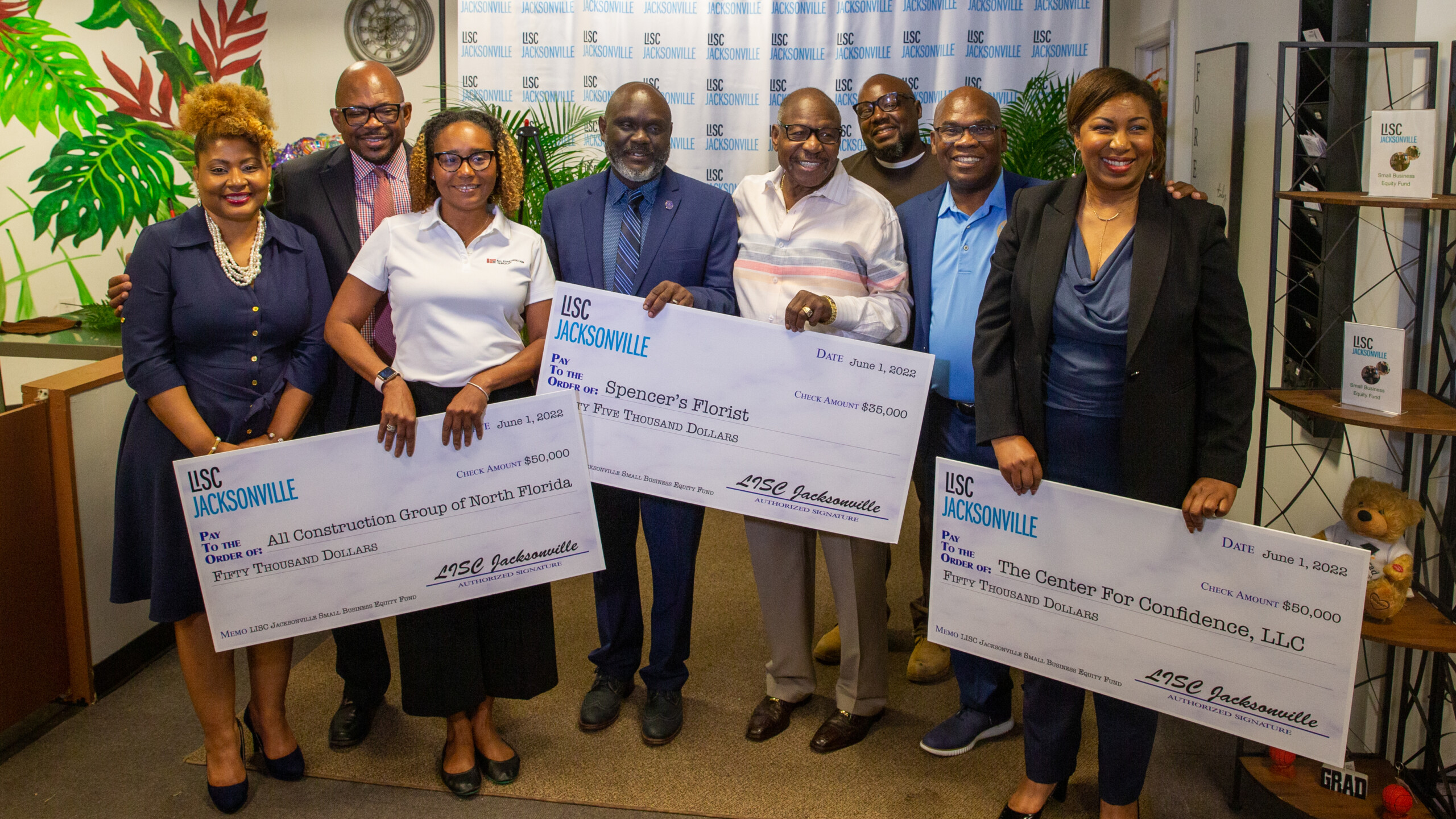 Dara Davis started All Construction Group, a company she operates out of her home on Jacksonville’s Northside, in March of 2020.

The company builds and remodels residential and commercial properties —  work that’s now getting a boost from a recent grant from LISC Jacksonville’s Small Business Equity Fund.

The program was created last year by the Local Initiatives Support Corporation, or LISC, and funded with $1 million from the city of Jacksonville.

Thus far, $600,000 of the funds have been allocated, with the remaining $400,000 set to be awarded in the next six weeks, according to Anikka King, the economic development program officer at LISC Jacksonville.

To be eligible, businesses must serve under-resourced neighborhoods, have continuously operated in Duval County for more than two years and have annual revenues below $2 million.

“What’s exciting is that we have businesses paying down high-interest, predatory loans. One business had a 17.5% loan,” King says.

“One had a $1.7 million contract and they needed the money to pay for payroll,” she says. That grant recipient used the funds to hire people and buy equipment — and leveraged the money to take on larger-scale projects, she says.

Davis worked in construction for 20 years, serving as a project manager for scores of homes that were built and developed in Northwest Jacksonville, before starting her own company.

She is a proud Andrew Jackson alumna who has lived and worked in Jacksonville for most of her life. Within days of founding All Construction Group, the world forever changed as the pandemic shut down schools and businesses in Jacksonville. She says faith maintained her through her first two years. In addition to helping her pay the bills, the Small Business Equity Fund grant will allow her to enlarge her territory – and hire three additional employees by the end of this year.

“This allows my company to have access to capital, which is very difficult for minority businesses,” Davis says. “Someone once told me that when opportunity meets preparedness, that defines success. So, I prepared by getting proper certifications.”

“Now, more than ever, (it’s important to get certified), because these opportunities are in place,” Davis says. “And if you are certified, the municipalities have requirements (to hire minority-owned small businesses.) Some, it’s 20%, some it’s 30% minority participation. If you’re not certified, then they don’t know to come to you to get you involved in their projects…If you don’t get certified, then you may miss out on opportunities because they don’t acknowledge you unless you have the certification.”

Jacksonville City Council President Sam Newby championed city dollars for small businesses during his just-completed yearlong stint leading the Council. Newby says he chose LISC Jacksonville as the organization to identify and allocate the dollars because of the work it has done working with businesses, business development organizations and local nonprofits over the last two decades across the city.

“We didn’t want to put it in one particular area,” Newby says. “We wanted to put it all over. I believe that small business is the engine for Jacksonville and for America.”

Newby is hopeful the funding for the grant program will remain in future city budgets.

Charles Spencer, president of Spencer’s Florist, credits Newby for the vision. His floral shop, which served as the location for a check presentation from the city to LISC on June 1, moved from its location on Main Street to the Northside’s Gateway Mall last April.

Spencer says the $35,000 the floral business received in the program helped the company purchase a walk-in cooler that was three times larger than he had at his previous location.

Other businesses that have received the funds are in Spring Park, on Edgewood Avenue and throughout Jacksonville.

“Because of the affordable housing crisis, we looked at construction as one of the major industries that we wanted to support,” LISC Jacksonville’s King says. “But, we did want to have some diversity. That’s why you’ll see Dr. (Valecia) Brooks Dunbar’s Center for Confidence …Spencer’s Florist … We wanted to support them being able to hire new employees and do more business in Jacksonville, hire more people in Jacksonville and have a global presence.”

Amid the flowers at Spencer’s Florist, King said last week there is still time to apply for the program.

“We have to be intentional about economic development in Northwest Jacksonville,” she said. “This program gives us that conversation. It also puts money and capital behind the initiative. We’re not just talking about it. We are actually executing. And, that’s what we need to see in the Northwest Corridor. We need to see more execution and more intentionality toward this ecosystem. We cannot ignore a section of town.”

Jacksonville’s office of general counsel is set to weigh in by 2 p.m. Thursday on whether Sheriff Mike Williams should be removed from office after he moved to Nassau County last year and continued to serve as sheriff, which violates the city’s charter.  Council President Sam Newby asked for the legal opinion after The Tributary reported last week that Sheriff ...
END_OF_DOCUMENT_TOKEN_TO_BE_REPLACED
Read More