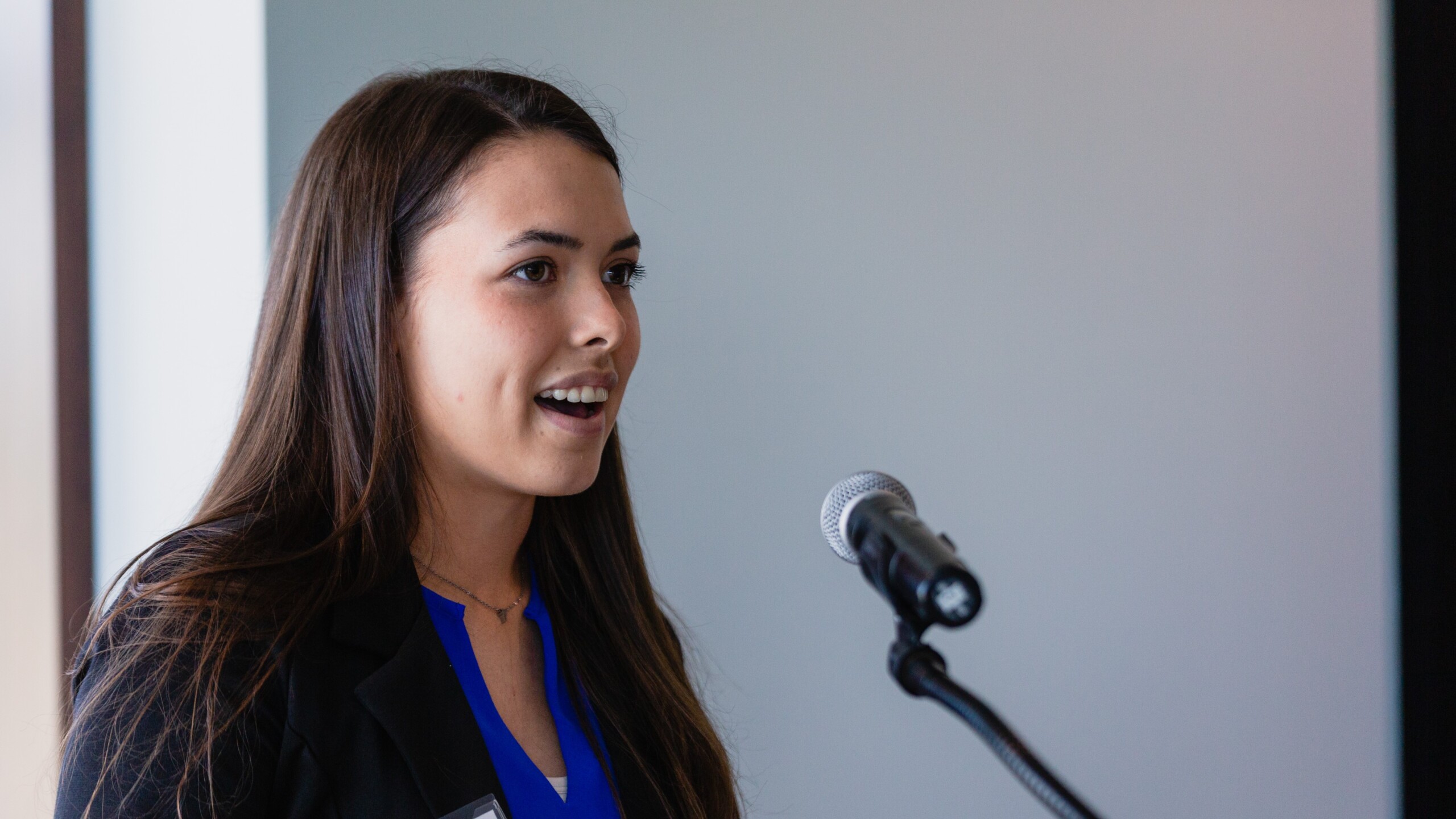 The healthcare industry is one of the most carbon-intensive service sectors in the industrialized world. It’s responsible for 8.5% of greenhouse gas emissions in the U.S. and about 4.5% worldwide.

Jacksonville’s My Green Doctor, an environmental-sustainability consulting service, teaches nurses, doctors and healthcare office managers how to make their practices more environmentally friendly (the pitch: reduce your carbon footprint and save money along the way). It also helps healthcare providers prepare patients for the health threats posed by climate change.

Sack says his consultancy’s reach has skyrocketed since it launched on Earth Day in 2010, with clients today in 45 states and 62 countries, reaching as many as 200,000 health professionals worldwide.

With all those visitors, Sack felt recently that the introductory video on the My Green Doctor home page was lackluster.

“I made a rather lame video about five years ago,” he says. “We needed something exciting, useful, engaging, but also very direct, because health professionals are very busy.”

So Sack turned to the Institute of Environmental Research and Education at the University of North Florida. The institute paired Sack with a student in the Environmental Leadership Program, mechanical engineering major Cameron Tefft.

Together, Tefft and Sack sketched out the storyline for a new video, which involved interviews with healthcare professionals. Tefft’s final product is the “Getting Started” guide now on the front page of the My Green Doctor website.

Through the process, Tefft says he learned a lot about climate change and how it’s connected to human health — one of the takeaways he shared with his professors, peers and members of the community at the Environmental Leadership Program Symposium this month.

“Video is such an intuitive format that people really, really engage with. Hopefully this is a way that people will more easily be able to understand what this program is about,” Tefft said.

UNF’s Institute of Environmental Research and Education (formerly known as the Environmental Center) was founded in 2004 to help students get relevant experience while learning about the environment. In 2015, the institute launched the Environmental Leadership Program, which has since grown into a merit-based student scholarship program. Each year, a handful of highly motivated students like Tefft are selected.

During the fall semester, ELP students participate in leadership, environmental and sustainability-focused training. They’re also given the opportunity to network with local environmental organizations and leaders. In the spring semester, students then use the knowledge and skills they gained in the fall as they pair with one of those organizations (“community partners”) to conduct a project focused on the environment.

“The program is designed to be a win-win. A win for the students because the students are selected for a merit-based award that builds their credentials on environmental issues,” says institute Director Erin Largo-Wight, a professor in the Department of Public Health at UNF. “It’s also a win, hopefully, for our community partners and the Jacksonville community in general in that the students are hands-on working on projects to solve real environmental issues locally.”

Eighty-three students have gone through the program so far. At 28 students, the 2022 cohort is the largest to date. One of them is senior April Thomas, who’s majoring in coastal environmental science and biology.

For her project, Thomas worked with the Duval Soil and Water Conservation District on Regeneration Park, an ongoing green infrastructure and community stewardship project on half an acre of previously unused public land in Jacksonville’s mid-Westside, west of Springfield.

“Our goal is to make it a park that showcases different elements of sustainability,” said Alison O’Donoughue, urban agriculture coordinator for the Duval Soil and Water Conservation District. The park includes a bioswale (essentially a ditch with vegetation) and a permeable pathway (a man-made surface, like a road or sidewalk, that allows water to pass through it), both of which will help reduce flooding and pollution from stormwater runoff.

Thomas helped plan the park’s pollinator garden, designed to attract bees, butterflies and hummingbirds. “I was helping to pick out some of the native biodiversity that we’re putting out there for pollinators and then community outreach, so teaching the local community about what’s going on and about the importance of soil health and things like that,” she said.

Thomas was also tasked with putting together a multimedia presentation on the park, but due to her introverted nature, the community outreach portion of the project was the biggest learning experience, according to O’Donoughue.

“We put her in some instances that might have been uncomfortable for someone who isn’t used to it, like working in the community, standing at a table and talking with the public as they come up,” O’Donoughue says. “There was definitely growth in her ability to speak to the public and to share that knowledge with people.”

Ashlynn Kemp, a junior majoring in coastal and marine biology and minoring in environmental studies, had a similar growth experience.

“The first trait I wanted to embody was being knowledgeable about my subject, and I completed a lot of research regarding shipwrecks, artificial reefs, the U.S.S. Tarpon and sand tiger sharks,” Kemp said at the ELP Spring Symposium on April 8.

She also set personal goals to become more persistent and more confident in herself, and better at public speaking.

“For that, and all the other useful traits I now have at my disposal, I’ll always be grateful for the UNF Environmental Leadership Program, as well as the caring network of mentors across many states who made that choice to encourage me in this work that has truly changed me from the timid student who was afraid of her own shadow to a leader speaking in front of all of you,” said Kemp, who was named project leader of the year.

Some students have gone on to do highly impactful environmental work after graduation.

Readers of ADAPT might be familiar with one Environmental Leadership Program alum: Sean Lahav, formerly the Resiliency Coordinator for the Northeast Florida Regional Council who now works as a resilience planner for the engineering firm Halff Associates. Lahav played a critical role in developing the final report from the Jacksonville City Council’s Special Committee on Resiliency, which provides the chief resiliency officer a foundation from which to begin addressing the threat that climate change poses to Jacksonville.

In his new role, Lahav is responsible for identifying and managing public sector resilience projects across Florida. He helps local governments deal with climate change, sea level rise and flooding. And he’s pursuing a Ph.D. at Florida State University, with a focus on collaborative approaches to managing flooding.

Going forward, the institute hopes to find additional funding sources and expand the pool of community partners so it can accept more students into the leadership program. Scholarships are 100% funded by grants and donors, with the Cummer Family and Felburn Foundations being the largest contributors to the institute.

“This is such a unique opportunity. We would love to allow more and more students to participate in something like this in their college career,” says Kelly Rhoden, the coordinator of student engagement and retention at the institute. Rhoden herself is an Environmental Leadership Program alum. 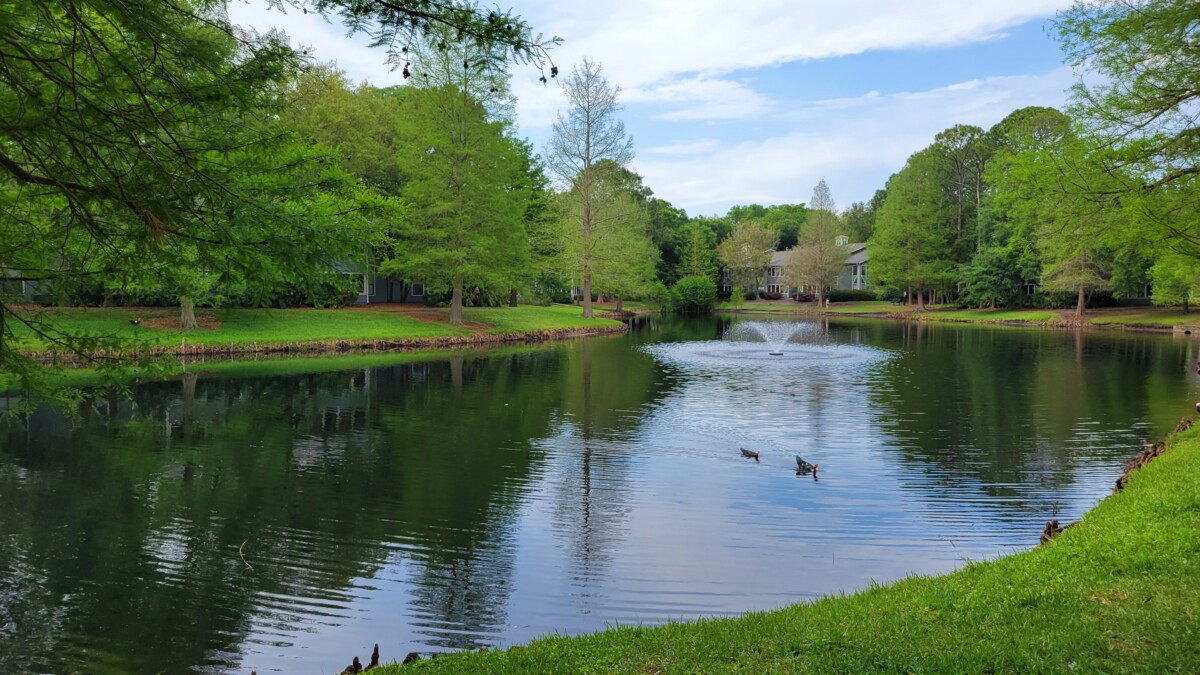 While stormwater ponds do offer benefits, new research from UF indicates that they may be delivering a net disservice by contributing to greenhouse gas emissions. Read More