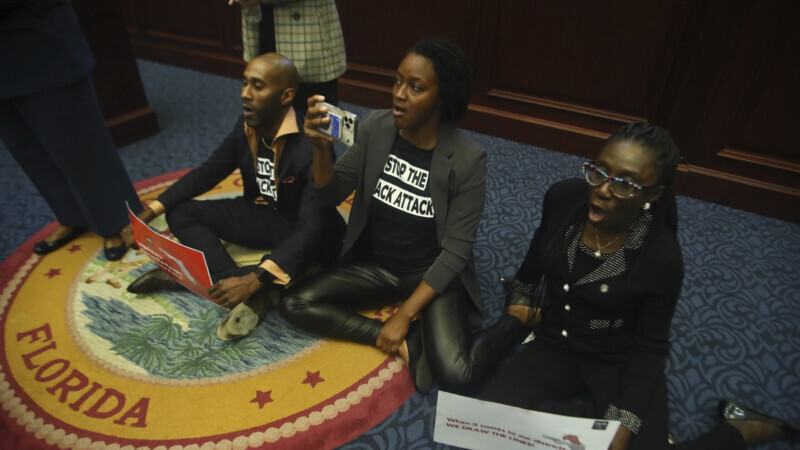 There is a big difference between perception and reality. For example, the perception the United States has of itself and that it projects to the world is one of a strong, united democracy that protects freedoms, preserves the rights of the “least of us,” defends the humanity of the “worst of us,” and is a fair government run by the people for the people.

In reality, the United States falls short of these self-projected perceptions. We’ve deluded ourselves into believing we’ve reached the standards set forth in our Constitution despite its hidden racial undertones. This dissonance between how we see ourselves and who we actually are as a people, a nation, is most evident in the fractures between the political identities and leanings of each individual state as well as the cities and counties contained within them.

The stories from and about Florida over the past week were a whiplash of that reality butted up against the dissonance of who we think we are. The rejection of math textbooks for “inappropriate” language, the state Health Department’s advising against gender affirming care for LGBTQ+ youth, a federal judge’s striking down the mask mandate on federal public transportation, the governor’s congressional maps flying through the Legislature for his approval. How well are the checks and balances of our government performing when the head of one branch can bully his way into getting what he wants?

Perhaps, at least on the national level, a check on Florida’s conservatism is New York’s or Massachusetts’s perceived liberalism. But that still doesn’t keep me from questioning how much longer should I, can I stay?

As much as I’ve come to enjoy how much the lifestyle that Florida, and Jacksonville specifically, affords me as opposed to what I may have found in my hometown in Chicago, I wonder if the perks are worth the drawbacks. I wonder about the future of my children in a school district that has to beg for funding, fight the state over student safety and email parents asking them to consider following their passion for education all the while dancing around some fundamental facts of history, of life, in its lesson plans.

In this wondering, I’m reminded of the lived experiences of famous expats such as Josephine Baker and James Baldwin. I remember the teachings of Marcus Garvey. I even recall Abraham Lincoln’s desire to send Black Americans back to Africa, or at the very least to the Caribbean, rather than working toward integration.

I think about these things as my brother openly considers uprooting his Chicago life for the American South. As one of my favorite podcasters prepares to pack up her Los Angeles life for Ghana. As several writers and journalists I know have sought the warmth of other suns in Mexico and Madrid, China and elsewhere in order to protect their peace and the breath within their bodies.

I wonder, is leaving the answer?

To be clear, I know that no place, no country, no government, no nation, no people are perfect. But could it be better?

These are the questions that come to me when Florida acts like Florida and I find solace and irony in memes depicting aliens bypassing Earth because of how ghetto it is.

It is easy to be disenchanted when having compassion for humans, especially those you disagree with, is hard. Cynicism and pessimism abound. Avoidance is passive and ignorance is its own kind of harm.

So what do we do?

Where do we go?

Or is this the better question: How do we deal with each other in a way where we respect difference while also acknowledging the fear caused by change?