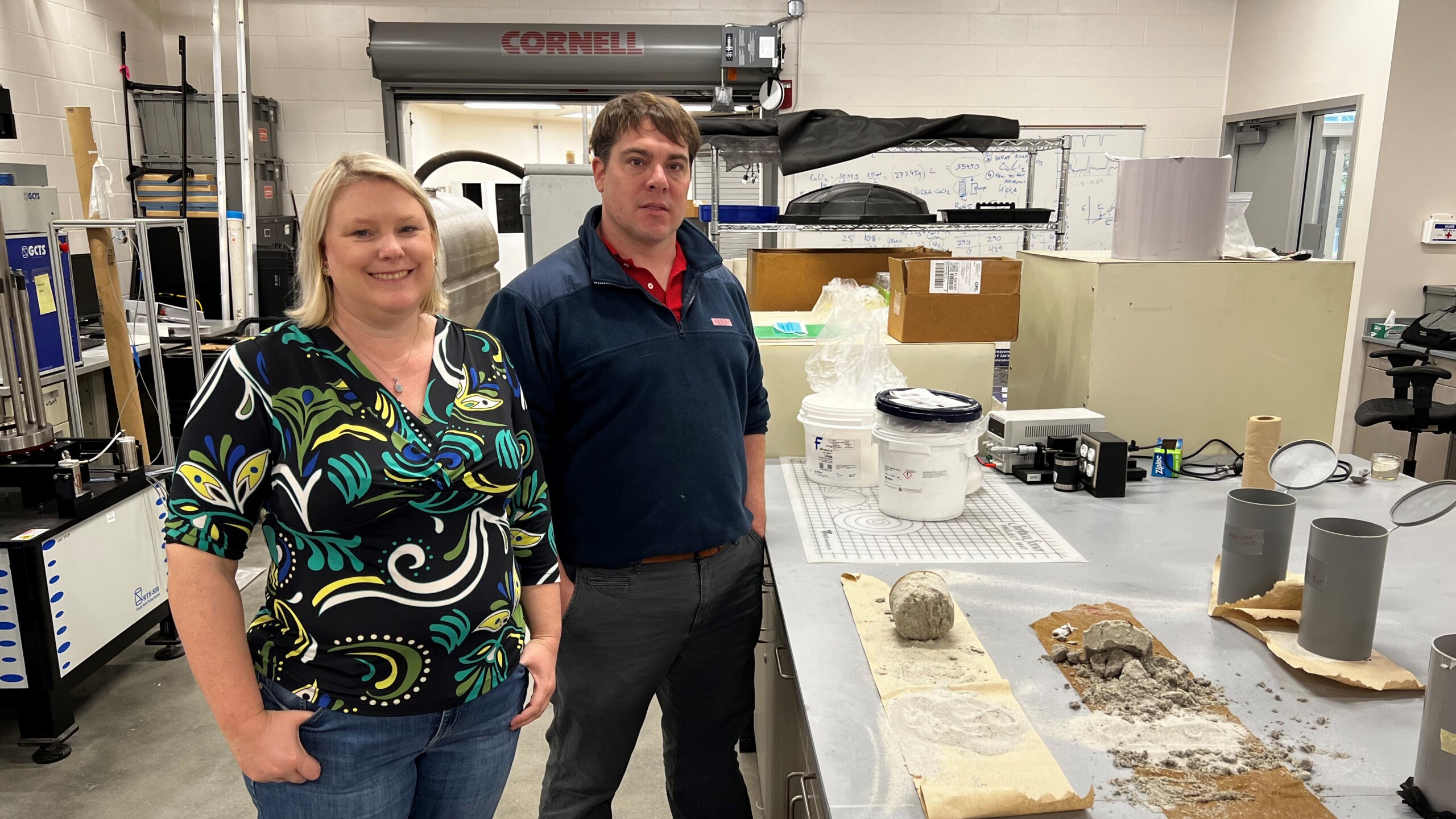 Researchers at the University of North Florida in Jacksonville are studying how a naturally occurring bacteria could be used to reduce shoreline erosion, one of many issues that are being exacerbated by climate change.

Shorelines are constantly changing due to waves, currents, tides and human activity, but those changes are becoming more frequent and more drastic as a rising global temperature fuels sea-level rise and stronger storms.

The coast, of course, plays a role in the area’s economy, drawing millions of tourists to Florida every year. Beaches and shorelines along rivers and intracoastal waterways also function as a form of flood protection for nearby communities. When shorelines are lost or damaged, Floridians’ lives, property and communities are left more vulnerable to flooding.

Researchers at UNF are looking into what’s known as ureolytic bacteria, which is commonly found in soils across the globe, and whether it can be used to stabilize sandy shorelines and reduce erosion.

“They’re already in the soil. We just add more of them — then we add their food, which is (a chemical compound called) urea, and a little bit of calcium salt, just calcium chloride,” explained Raphael Crowley, associate professor of coastal and port engineering at UNF’s Taylor Engineering Research Institute.

Urea is a nitrogen-containing chemical compound that looks like white powder. It’s one of the components in urine, but it’s produced synthetically for use in fertilizer and a number of industrial processes. Urea is exothermic — which means when it’s exposed to moisture it gives off heat, so it can burn the skin a little when touched — but otherwise it’s harmless to people.

What happens when you feed urea and calcium salt to the bacteria? “Eventually you end up with calcium carbonate, which you would think of as limestone or chalk or anything like that,” Crowley said. In other words, the process — called “microbially induced calcite precipitation” (MICP) — produces a hard substance that’s not washed away as easily as sand.

Terri Ellis, an associate professor of biology at UNF, is another lead researcher. While Crowley and his team focus on the engineering side of things, Ellis’ team is responsible for growing the bacteria — a process that’s been a little trickier than expected.

“Some bacteria are very easy to grow. That’s one of the reasons everybody’s heard of E. coli. E. coli is very well studied because it’s easy to grow,” she said. “This bacteria is a little more particular in terms of the temperature and the sort of nutrient composition that it likes, but we figured it out.”

As it turns out, ureolytic bacteria thrive in warm temperatures. “They grow fairly optimally at temperatures that we would find in Florida in the summer,” Ellis explained. “So that’s convenient for us.”

The process isn’t without its challenges, though, specifically when it comes to urea. Creating and using urea produces carbon dioxide, the primary greenhouse gas driving climate change. Crowley believes urea production could become more efficient in the future, potentially reducing its carbon footprint. Even if that doesn’t happen, he says it’s important to keep in mind that all shoreline stabilization techniques have tradeoffs.

“For example, on one hand, I could create a very stable shoreline by installing bulkheads everywhere but these are horrible for the environment and anything beachward from the bulkhead would likely erode. Production of the bulkheads themselves would also likely leave some pretty significant CO2 footprint – assuming steel sheet pile bulkheads, you would release lots of CO2 due to steel production, construction equipment installing the bulkheads, etc.,” he explained.

And according to Ellis, they’re using far less urea than you would see with other applications, when it’s used as fertilizer, for example.

“While industrial production of urea may not be a ‘green’ process, urea is a natural compound found in all our soils,” she said. “Our goal is to determine how much needs to be added to make the reaction go. If we find we can use less, we certainly will. That’s really what the research process is all about – determining the limits of the system and what can be ‘tweaked.’”

At the end of the day, the point of this ongoing research is to try and find a more eco-friendly alternative to traditional shoreline stabilization techniques like bulkheads, riprap (rocks or other materials used to defend shorelines) and beach renourishment.

“It may very well be that such an evaluation shows that MICP isn’t ‘as green’ as we hoped for, but at the same time, it may be much ‘greener’ than existing solutions,” Crowley said. “I think the ‘holy grail’ would be to find a stabilization technique that is ‘completely green’ with zero carbon footprint; and, I really hope we get there someday! By no means do I think MICP is the be-all-and-end-all of shoreline stabilization solutions. Rather, I think it has potential to be a ‘greener’ solution when compared to existing techniques.”

Ellis and Crowley don’t think they’ll be in a position to test all of this out in the field for at least another year or two, but if all goes to plan, they believe the process could eventually be scaled up for widespread use.

“What we think we can do, given enough time, is apply this to something that we think is going to erode: something on the intracoastal side, where you get boat wake action, or something on the beachside, maybe like right before a hurricane, send people out to protect the dunes,” Crowley said.

Ellis compares it to how northern states prepare for snow storms.

“They’ll send out the trucks with the brine and brine down the roads. That’s sort of very long-term how we envision this sort of happening: If a big storm is coming, some trucks might come and spray down the dunes to sort of provide some extra protection,” she said.

If their long-term vision pans out, Crowley says this could be a pretty affordable nature-based solution to shoreline erosion. Another valuable feature of this strategy is its impermanence. Sand doesn’t contain enough nutrients to sustain the bacteria indefinitely. From an ecological perspective, that’s great news. “We’re not talking about something that is going to be sort of a permanent addition to the ecosystem,” Ellis says.

And according to Crowley, that’s probably economically beneficial as well.

“On the beach side, nobody wants a dune that kind of looks like concrete. You want something that you can get back to normal conditions after the storm event,” he said.

“What’s most important about this, though, is it’s environmentally friendly. We’re making calcite particles. There’s lots of those on the beach already. We call them seashells,” Crowley says. “If you released a bunch of urea or a bunch of calcium solvents in the wild, that’s fine. It’s not going to do anything. So contrast that with a lot of the other shoreline protection measures that exist, like putting riprap in, or building a seawall. Environmentally, these things are terrible.” 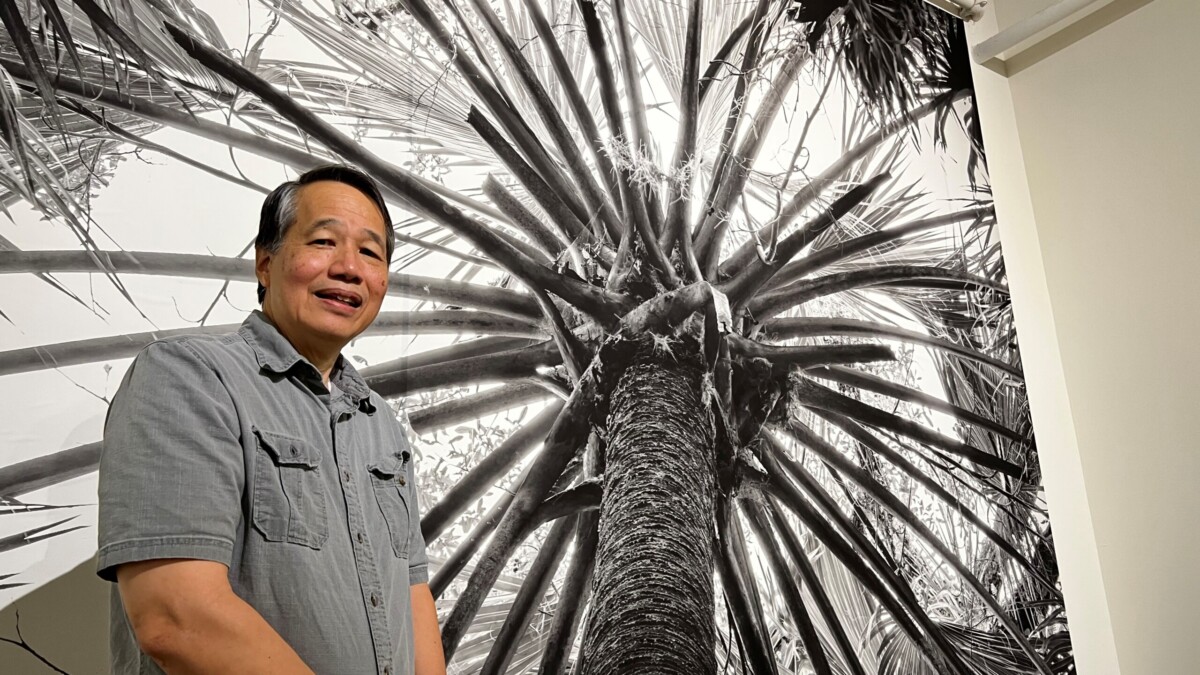 Through his art, Jacksonville photographer Doug Eng is trying to help people gain more of an appreciation for the natural environment — and ultimately, of how their own actions are affecting it. Read More