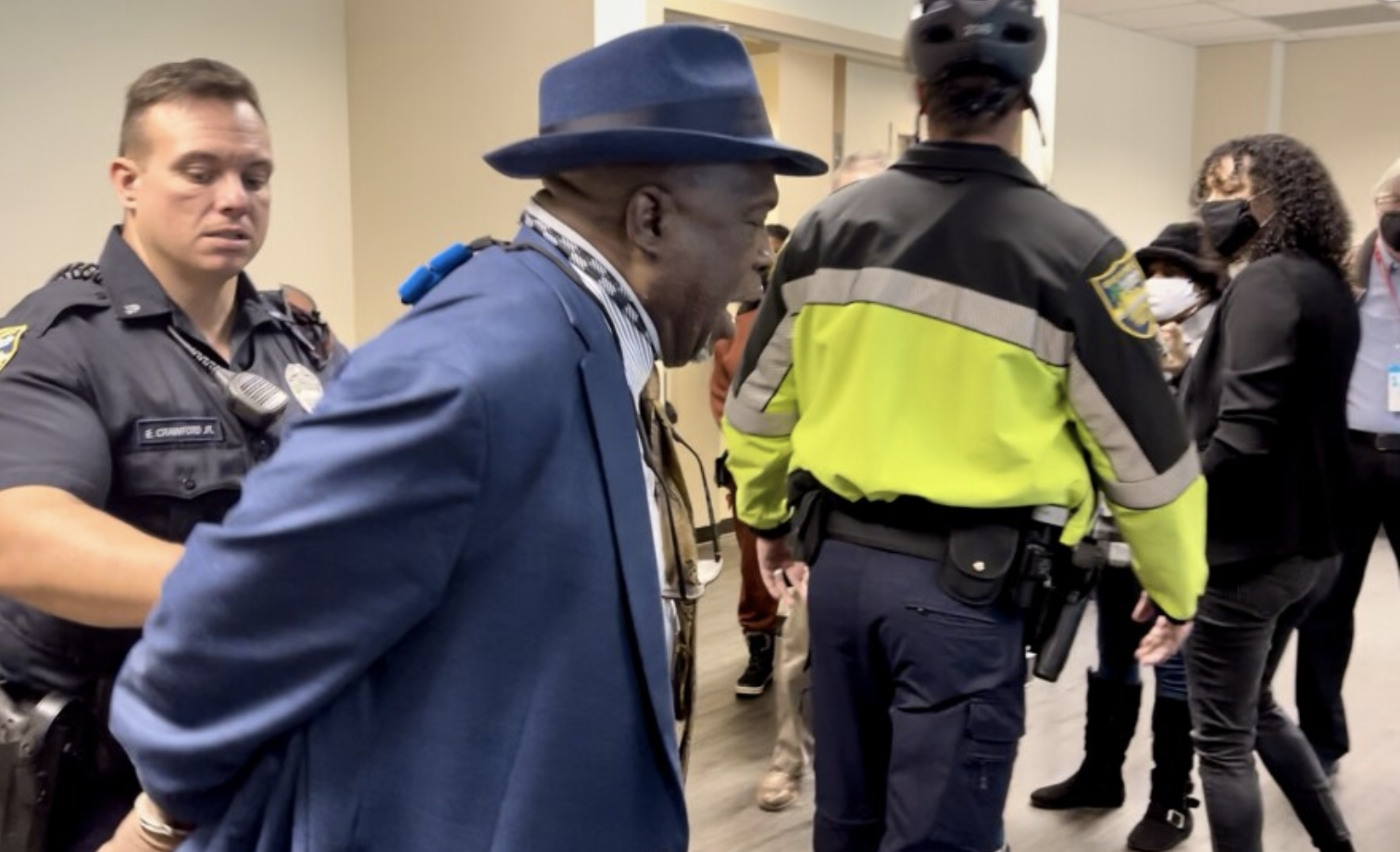 A week ago, the world hadn’t heard of Ben Frazier.

The president of the Northside Coalition was known locally, but it took a trip to the Florida Department of Health building in Jacksonville for Frazier to become celebrated from coast to coast.

Frazier, a one-time broadcast journalist who still has the voice for the gig, was unrelenting when advised that he needed to leave the conference room where Gov. Ron DeSantis, Surgeon General Joseph Ladapo, and others were set to spin the media on the quality of the state’s response to the virus.

Frazier was not “credentialed media,” so it went.

As governor, Rick Scott had the good sense to do side gaggles with press after his main-event speeches, but DeSantis likes to take questions from the stage. His attacks on “corporate media” outlets and the like are a big part of his pugnacious persona. But those fights are predictable in the way Ben Frazier would not be.

The phrase “credentialed media” itself is a term of art, semantics that can mean whatever one wants. And it’s on press advisories for good reason.

An organization alone has the right to dictate what media is and isn’t credentialed. You can assume all the corporate-owned outlets will be, but beyond that?

It’s like entering a nightclub — bouncers decide if you’re following the rules. They can block the door. They can make sure you get the first question in. Those are the protocols.

Ben Frazier did not follow those rules. Neither he nor the protesters with him left when ordered, and for reasons that may make for an interesting discovery process in a civil trial, he was handcuffed and walked out of the room, despite the fact that he has had well-documented mobility issues for years, as the Jacksonville Sheriff’s Office certainly should have known.

From the moment the confrontation heated up, you knew it would be pushed to a brutal conclusion. There is never any room for conciliation or understanding in the public posture of Ron DeSantis. It’s not on brand for him.

DeSantis pretended he didn’t know what had happened when asked by a reporter at the eventual Jacksonville press conference, which is a clever dodge, I guess. One would think someone would say, “Oh, the delay wasn’t so we could get the lighting right, but so we could clear the room and make national news doing it” before he got on the mic. Right?

The trespassing charge, which Melissa Nelson has already punted on, was clearly just a pretext to get him out of the room. And the attacks on Frazier, who is known for getting under the skin of local officials as well as the governor’s staff, have been clumsy. A spokesperson for the governor tried to establish a false equivalency between Frazier and the Jan. 6 Capitol rioters.

Meanwhile, Ben Frazier is being celebrated by people who didn’t know who he was previously. Nikki Fried may have gone the farthest in paying homage to Frazier. Within hours of the press conference, Fried’s campaign for governor fundraised against DeSantis with Frazier as a peg.

“Just when we thought he couldn’t get any worse, DeSantis has pulled off yet another horrific display of authoritarianism,” the email asserted, building to a call to action: “This has to stop, team. And we have the power to defeat DeSantis. Can you rush a $10 donation to help us fight back?”

Frazier, of course, has been all over TV in the last week or so, and interviewers often have seemed like they didn’t know what they were in for when he would launch into a monologue in answering a question.

What I’m watching for, especially after this case fades from the headlines/is quietly dropped/whatever, is whether the statewide politicians and the corporate-left media outlets fully understand that last week’s action was more than just a moment in time for Frazier and his supporters.

The issue here was bigger than Ron DeSantis and a press conference, and Frazier’s critiques are systemic, not episodic.