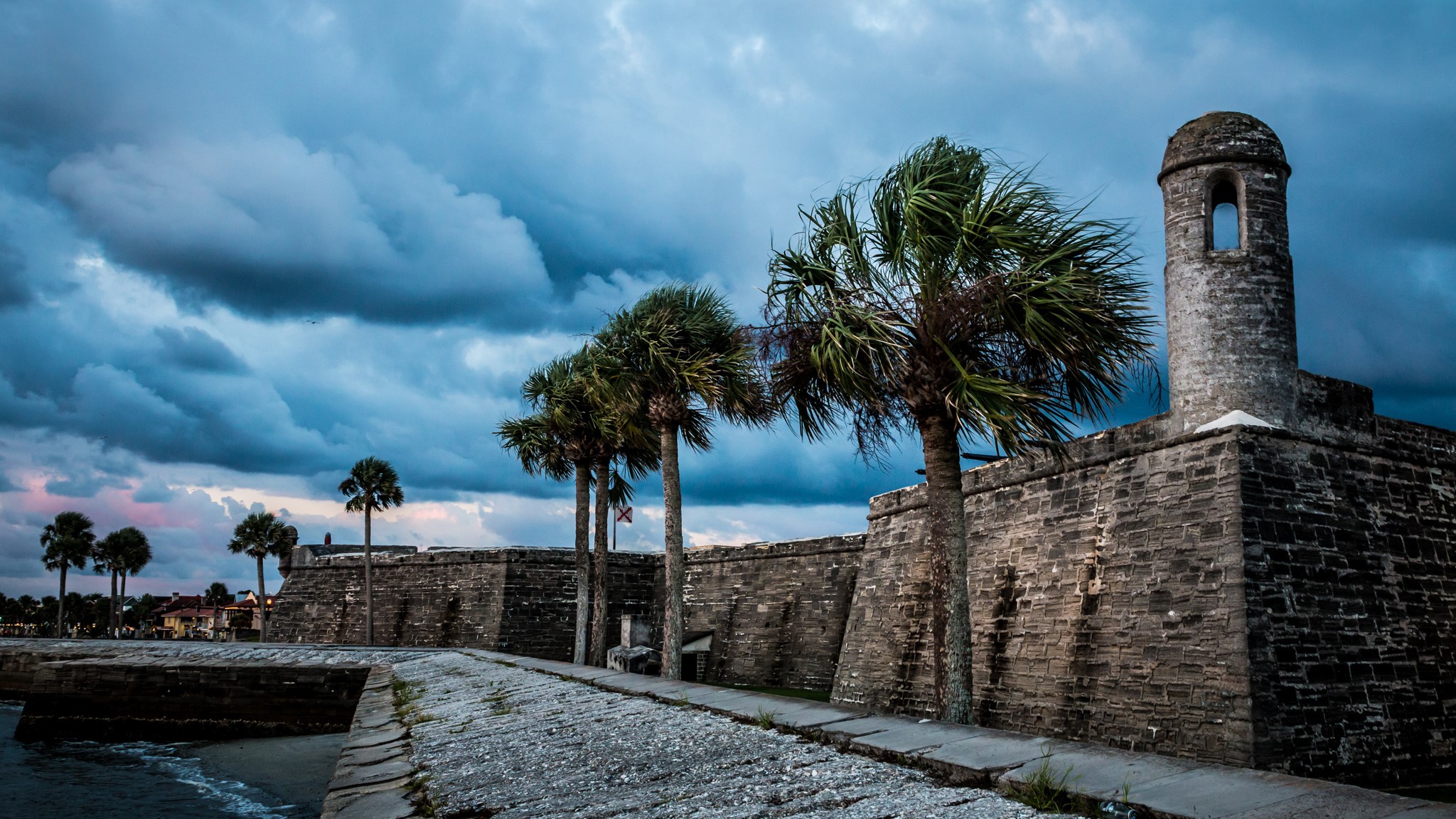 By Ayurella Horn-Muller, Danielle Uliano and Brendan Rivers
Published on December 2, 2021 at 3:47 pm

The Lincolnville Museum and Cultural Center recently raised its air conditioning units 18 inches to protect them from floods. Like many in the historically Black Lincolnville neighborhood in St. Augustine, the museum is coping with more frequent and intense flooding as seas rise and hotter temperatures drive heavier storms.

“When we do get high tide or a lot of rain, the streets tend to flood,” museum Executive Director Regina Gayle Phillips says. “There are certain areas that are worse than others.”

About 150 years ago, newly freed slaves established what’s now the Lincolnville Historic District in the marshes bounding Maria Sanchez Creek. A hotbed for racial justice activism, in 1964 the neighborhood was the site of a Martin Luther King Jr. sit-in that helped lead to Congress’ passage of the Civil Rights Act.

Already, parts of Lincolnville are experiencing occasional or frequent flooding, particularly on the east and south sides of the neighborhood. The impacts are amplified by the neighborhood’s paved surfaces and lack of green spaces, which can absorb runoff. Within 30 years, a Climate Central analysis shows more than a dozen locations through the neighborhood will be at risk of chronic flooding unless steps are taken to protect them.

Phillips says the city put in some flooding controls in recent years, but they aren’t enough. Rising water’s threat to the cooling system of the museum is dwarfed by the threat to the community that it was built to chronicle and celebrate. “Sure, you can build back,” she said. “But you know, it doesn’t get built back the way that it was before.”

Lincolnville is one of the historic areas in the nation’s oldest continuously occupied European settlement that are threatened by rising seas caused by temperature increases from fossil fuel pollution. Everything, from millennia-old indigenous artifacts to centuries-old Spanish architecture and modern Black history, is at risk.

And so is the local economy. Millions of annual “heritage tourists” spend more than $1.6 million a day.

“St. Augustine lives on its heritage tourism,” said Steven Roberts, the chief of interpretation, education and visitor service at the Castillo de San Marcos fort, the city’s biggest attraction. “It is the bread and butter of the St. Augustine economy.”

Local, state and federal agencies, officials and conservators are working together through a cobbled-together historic preservation and resiliency system to hold back the water. There are financial limits to what they can do.

Similar scenes are playing out across the country. A historic downtown that helps draw 2 million visitors a year to Annapolis, Maryland, floods regularly; officials there are scrambling to fortify hundreds of buildings as the city prepares for flooding 350 days each year by 2040. In Charleston, South Carolina, 3,500 historic buildings are in low-lying areas that are inundated by frequent floods. And historic structures in New Orleans were destroyed by hurricanes Ida and Katrina.

Though it faces a similar flood risk to nearby historic monuments like the Castillo de San Marcos, Lincolnville doesn’t rank as high in the city’s assessment of archaeological value, nor does it contribute as much to the local economy.

Around 800,000 people visit the Castillo every year — with ticket revenue helping fund its preservation — while the Lincolnville Museum doesn’t see more than 2,500 visitors.

“We don’t get the tour trains coming through here,” said Phillips. “They have given us a lot of different excuses why they can’t come through here.”

St. Augustine Chief Resilience Officer Jessica Beach says the city has spent $10 million on flood projects in Lincolnville. As a national monument, the Castillo is federally owned, and Florida owns and operates a seawall that protects it.

“Overall, this challenge is faced by the entire city,” Beach said. The city has applied for grant funding to update its stormwater master plan to incorporate protecting historic resources; it relies on different revenue sources to help pay for flood protections. “We don’t have all of the answers yet,” she says.

St. Augustine will eventually have to make “impossible choices” on what sites should be sacrificed, Rumbach says. “This is going to create very real inequalities.”

A 1668 pirate attack on St. Augustine left dozens dead and prompted its Spanish occupiers to build the Castillo de San Marcos to protect against hostile ships. Now, it’s the water itself that threatens the national monument, which is the city’s oldest building and the oldest masonry fortification in the continental U.S.

Built using coquina, a local limestone through which water can easily pass, the fort is increasingly affected by flooding associated with sea level rise. Floodwaters could reach the structure multiple times per year by mid-century, up from today’s average of less than once a year, the Climate Central analysis shows.

When driving and wading through floodwaters is required, fewer visitors come, according to Roberts. The parking lot and surrounding area floods on an almost monthly basis, with seas continuing to rise at a quickening pace.

For the Castillo, “managed retreat,” or relocating to an area of lower risk, is out of the question. “This is a large fort with more than 300,000 blocks of coquina stone,” Roberts said.

In addition to fortifying sea walls to protect the fort, a virtual adaptation strategy is also underway. University of South Florida Digital Heritage & Humanities Center Director Lori Collins is working with the National Park Service to digitally document it, using drone surveys and handheld laser scanning tools to photograph and record every inch.

While state and federal conservators are collaborating to fortify some historic sites, the onus largely falls on local officials to ensure their city’s cultural resources — and sources of economy — can be saved.

“I think having the historical resources within our city, that’s all the more reason for us to be aggressive with this and do what we can to help protect these critical assets,” says Beach.

This year, Florida passed legislation that earmarks $100 million annually for local government resilience planning and infrastructure. But these programs, along with federal funding opportunities like FEMA’s Flood Mitigation Assistance program, are “really competitive,” she says, and don’t cover the full cost.

Beyond federal and state backing, the city of Annapolis is suing 26 oil and gas companies to try to hold them liable for climate change, while Charleston has been loosening design guidelines to reduce homeowners’ costs of elevating historic buildings. Both of these cities also have budgets that dwarf St. Augustine’s $60 million; Annapolis plans to spend $152 million this year, and Charleston $234 million.

“For a small municipality like ours, if we’re talking about a $30 million project, that’s over half of the entire city’s budget,” said Beach. “It’s just not possible for us to be able to do a large project without some type of supplemental funding.”

Elsewhere in St. Johns County, Shell Bluff Landing is a 6,000-year-old site in Ponte Vedra Beach with a coquina well and a shell mound associated with indigenous groups like the St. Johns, the Timucua and the Guale. Archaeologists are working there to map the shoreline before the ancient site is swept away.

It’s one among many low-lying historic and prehistoric zones in the Southeast at risk of destruction by sea level rise.

“It’s a huge concern,” says Texas A&M Associate Professor Rumbach. “There’s not nearly enough of the kinds of resources we need to protect them to go around.”

Rumbach says policymakers tend to prioritize protecting historic main streets and commercial properties that generate revenue, so the economic value of a site can outweigh cultural or historical significance. “So they can definitely become casualties of a changing climate,” he said.

Shell Bluff is one of more than 16,000 archaeological sites at risk from sea level rise statewide, tracing back to Indigenous origins in Florida almost 15,000 years ago. By the close of the century, nearly half of those sites could be inundated.

Unlike the Lincolnville Historic District and the Castillo de San Marcos, there are no solutions being explored to protect the rapidly eroding shore rife with indigenous heritage. Archaeologist Emily Jane Murray says the state’s strategy revolves around monitoring and mapping. It won’t be long before the site is underwater. 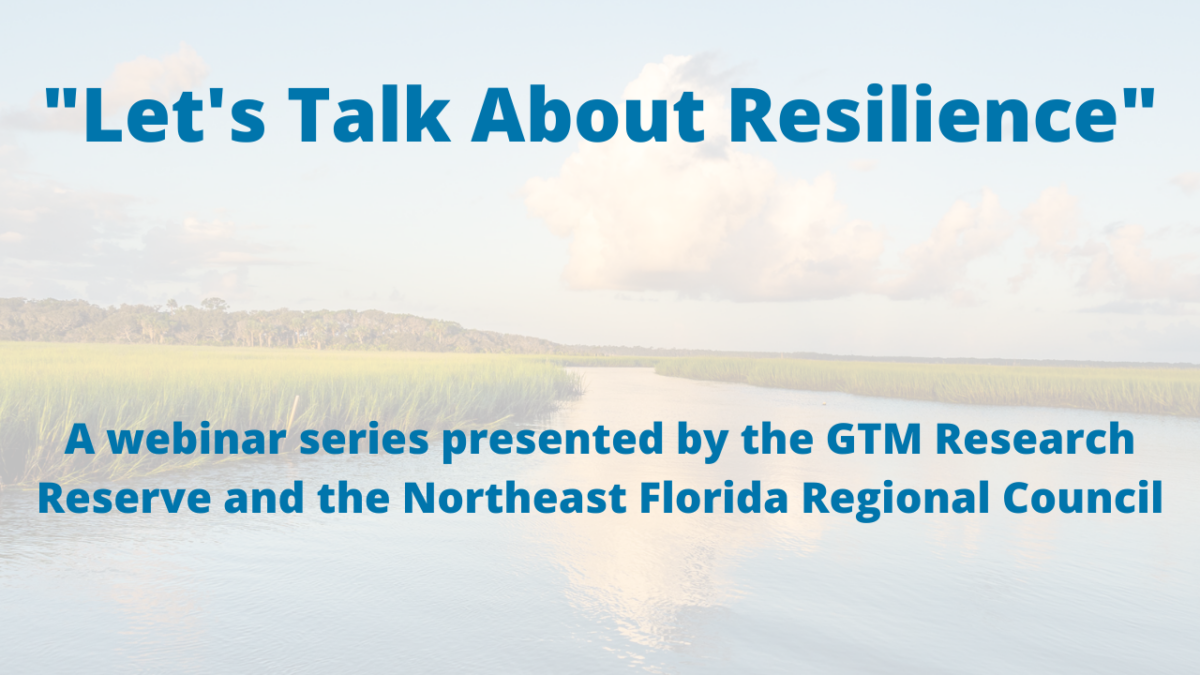 This is the first event of the “Let’s Talk About Resilience” webinar series presented in partnership with the GTM Research Reserve, the Northeast Florida Regional Council and ADAPT from Jacksonville Today and WJCT Public Media. Read More