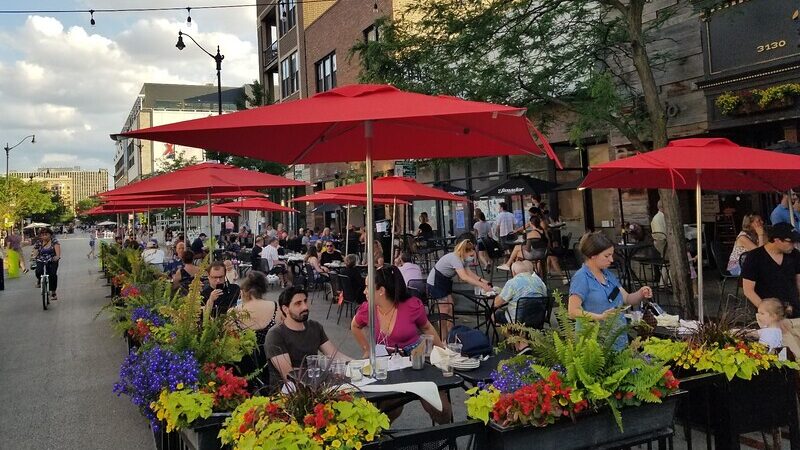 Myth 1: It’s easier to develop an empty lot than adapt an existing building

Reality: The vast majority of new Downtown projects go into existing buildings, while new construction is at a trickle in the Northbank.

City officials and private property owners alike cite this myth most often as a justification for tearing something down. It’s one of those things that sounds reasonable on the surface, but a closer look shows it doesn’t jibe with the reality in Downtown Jacksonville at all. In fact, a wide majority of Downtown’s successful new developments, particularly in the Northbank core, have been adaptive reuse projects that renovate buildings that already exist. Of the totally new construction projects currently moving forward, all but a few are in the outskirts of Downtown in Brooklyn, LaVilla, and the Southbank. Meanwhile, Downtown’s ample supply of empty lots continues to sit empty (more on that under Myth 2).

After City Council and the Downtown Investment Authority authorized new incentives for historic preservation in 2020, even more adaptive reuse projects have come online, including the Central Fire Station, the Old Independent Life Building and several projects on the Ambassador Hotel Block. By the end of 2021, more than a dozen major projects that renovate or incorporate existing buildings are moving forward within three blocks of James Weldon Johnson Park alone. If the myth were true, we’d be seeing the opposite.

Related to Myth 1, we at The Jaxson call this the Godzilla strategy of urban development. The idea is that old buildings are fundamentally inadequate for the needs of the future, so we’re better off leveling them like a kaiju. Unfortunately, the strategy simply doesn’t work. The various empty grass fields around Downtown Jacksonville are proof that simply razing an old building doesn’t guarantee that something new and better will replace it anytime soon.

This is the strategy that led to the razing of LaVilla in the early 1990s. Thirty years later, the neighborhood is only now starting to fill back in with new construction. In the Northbank, the core of Downtown, the private sector hasn’t completed any new construction since the former Suntrust Tower garage in 2014. In fact, other than parking garages, there has been no private development in the Northbank that didn’t involve some adaptive reuse since the Adams Mark Hotel (now the Hyatt Regency Jacksonville Riverfront) and Berman Plaza developments in 2001. Even among government buildings, the new JEA headquarters building at Adams and Pearl Streets is the first new construction since the Duval County Courthouse finally wrapped up in 2012.

But the best recent example of how poorly the Godzilla strategy jibes with reality is the former Jacksonville Landing site, better known as Lenny’s Lawn. As The Jaxson predicted when the city first announced it would buy and raze the festival marketplace in early 2019, the site is still a grass field nearly three years later. The replacement plan may not be coming until at least 2026, if it ever happens, and the cost could exceed $40 million. Similarly, the sites of the old Courthouse and City Hall Annex have laid vacant since early 2019, with no replacement on the horizon.

Downtown advocates have long used 10,000 residents as a benchmark for the population Downtown Jacksonville needs to achieve vibrancy. Don’t get us wrong, it would be great to get 10,000 people living downtown, but if we expect things to liven up considerably once we hit that number, we’re very likely to be disappointed. The issue is that 10,000 people, if they’re spread out all across Downtown instead of concentrated together, won’t generate the population density necessary to generate vibrancy on its own.

That’s because the area officially considered “Downtown” is massive. While most of Jacksonville’s peer cities have downtowns that are 1 or 2 square miles, Jacksonville’s is a whopping 3.9 square miles, encompassing not only the Northbank core but the formerly separate neighborhoods of LaVilla, the Southbank, the Sports & Entertainment District, and Brooklyn. Some of those areas are miles apart and not walkable to one another, meaning that new residents in, say, Brooklyn won’t contribute to vibrancy on the ground in the Sports & Entertainment District.

The 10,000 residents goal has been promoted as gospel by the Jacksonville Chamber of Commerce and other groups. However, it’s unclear where the number came from. My father, former Jacksonville Mayor John Delaney, describes it as “folk wisdom” and believes the number would have to be far higher to achieve the desired level of activity. A comparison with other cities suggests he’s right. With a population of about 4,800, Downtown Jacksonville presently has a population density of 1,231 residents per square mile, very low for an urban area. If the population grew to 10,000, density would rise to 2,564 people per square mile. Sounds better, right? Well, look at some of Jacksonville’s peer cities:

To reach a density of 6,000 people per square mile, Downtown Jacksonville would need a whopping 27,300 residents. Alternatively, the city could concentrate on reaching 10,000 people in the walkable Northbank core and not count folks in Brooklyn or the Southbank toward the total. Either way, if Jacksonville is banking on new residents to bring vibrancy back to Downtown, we’re much farther behind than some would have us think.

Myth 4: [Insert flashy project] will be the spark that transforms Downtown Jax

Reality: In isolation, no single “silver bullet” project will provide the spark – it’s all about clustering amenities together.

Also by The Jaxson: The future of Bay Street depends on ‘clustering’

Over the years, many a Jacksonville city leader or developer has been transfixed by a certain beacon of light on the horizon: the prospect of that one grand slam project that will finally turn Downtown around. From the Jaguars’ annual Shipyards pitches to JEA’s proposal to replace the Skyway with a robotic clown car armada, enamored boosters have long chased after that next big “game changer” that will take Jacksonville to the next level.

Unfortunately, these beacons of light are the deceitful lure of the ravenous angler fish of disappointment. While a number of big-ticket projects have indeed been beneficial for Downtown, none has ever single handedly transformed it in the way advocates tend to promise. And a fair number of them have failed altogether.

The fact is that it doesn’t take complex, costly silver bullet projects to revitalize an urban area. Far more effective is the simple, common-sense principle behind vibrant downtowns the world over: the clustering of complementing uses within a compact setting, or as we call it, the “Three C’s“. Vibrancy is less about finding (and funding) that one elusive big thing than concentrating many different things within easy walking distance of each other, enabling them to feed off each other’s energy. Major projects can still play a role, but their success or failure is likely to come down to how well they work with everything else in place.

Myth 5: Downtown revitalization is really hard, and takes a lot of study, time and money

The premise of this myth is that downtown development is, like, really hard. To hope to accomplish anything, the Chamber of Commerce must first plan a Leadership Trip to “[allow] top corporate and civic leaders to visit a select city to learn the best practices and to study cutting-edge ideas.” Then someone must sponsor a study telling us what to do. Then another study of how we’re doing. Et cetera.

This myth may be the most detrimental of all to Downtown Jacksonville, as it leads to inertia. Jacksonville has spent millions of dollars and precious years studying issues that our peer cities have already figured out. However, the problem isn’t the studies, it’s that we seem to do so many – and change course so frequently – that we never end up following their best recommendations.

Fortunately, many of the things that work best to build vibrancy are relatively easy to pull off with a little vision and coordination. Downtown Lakeland offers a good example. Nearly 20 years ago, Main Street was converted from a three-lane, one-way street into a two-way street with parallel parking. This created a better environment for pedestrians, and over time, historic storefronts were revitalized into restaurants and bars. However, narrow sidewalks prevented further activation of the streetscape. To further activate the area, Lakeland launched a $115,000, one-month project to replace one block of parallel parking spaces (11 spaces total), allowing businesses to create a sidewalk café-type environment. While Jacksonville has spent more than that on single studies, Lakeland’s approach has already paid dividends. The before (May 2021) and after (November) photographs below illustrate how small investments that take advantage of what you already have can create great placemaking impact overnight.

These are all things Downtown Jacksonville could accomplish with ease. We just need to leave the myths behind and get to work. 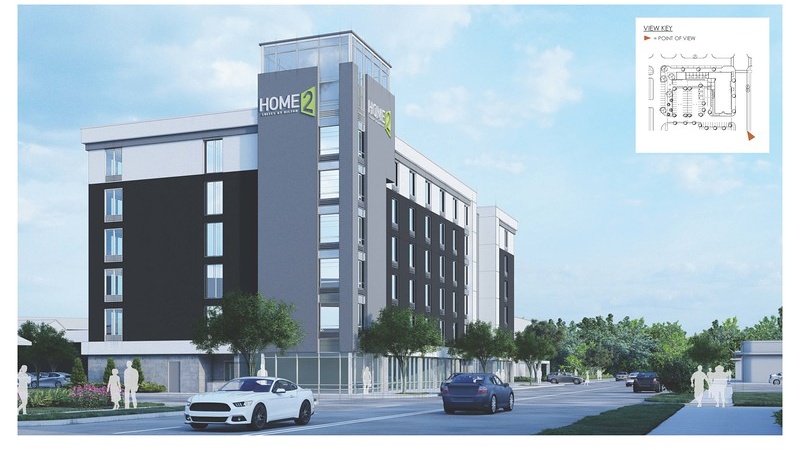 The Jaxson Opinion: What hotels can do for Downtown vibrancy