Opinion: The future of Bay Street depends on ‘clustering’ 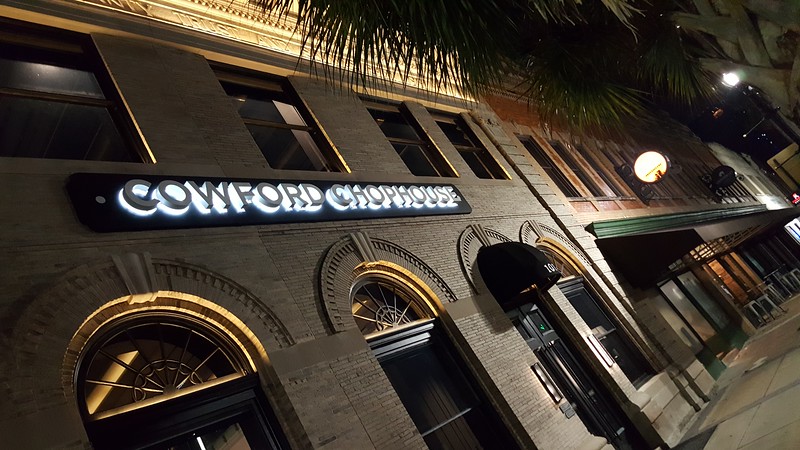 Here’s what we can do to get things right, as Jacksonville leaders hash out the future of one of the best opportunities for “clustering” Downtown – the Bay Street corridor.

In city planning, clustering is part of what we at The Jaxson like to call the “Three C’s”: the clustering of complementing uses in compact, walkable settings — and it’s helped guide successful urban revivals in communities of all sizes across the world.

It doesn’t take big, expensive silver bullet projects or the span of generations to revitalize urban streets, but rather just a bit of coordination to concentrate amenities within easy walking distance of one another.

One easy way to put the Three C’s to work in an urban setting is to designate specific streets as corridors to cluster retail and amenities. This is one method many of Jacksonville’s peer cities have used to turn their downtowns around, and it works in many Jacksonville neighborhoods as well, including San Marco Square, Five Points and the Beaches Town Center. It can be as simple as determining which streets already have these uses and enacting smart policies to encourage further growth there.

Unfortunately, Jacksonville leadership has not consistently embraced this principle over the years. New developments and amenities continue to be spread all across the massive, 3.9-mile space currently within the city’s official boundaries of Downtown, meaning that they are too far apart to be walkable or to take advantage of each other’s energy. There are some signs that Jacksonville is starting to grasp the importance of clustering, for instance in the Downtown Investment Authority’s initiative to increase restaurants and sidewalk dining. But clearly, there’s a lot more work to be done, and nowhere is this more evident than one Downtown avenue with the potential to become a high-density commercial corridor: Bay Street.

Bay Street is already home to a number of local restaurants, bars and retailers, opening the opportunity for compatible infill development to strengthen the thoroughfare as a pedestrian-friendly retail and dining corridor that could eventually help tie the Downtown Northbank with the Sports & Entertainment District to the east. Between Ocean and Liberty streets, the north side of Bay is home to three nearly continuous blocks of intact storefronts just east of the Main Street Bridge. Unfortunately, potential is limited by the fact that on the south side of this same stretch there is only one building, along with a surface parking lot and two blocks of empty fields.

Officially dubbed the Ford on Bay, those two vacant blocks were formerly the site of the old Courthouse and City Hall Annex. The parcels have been something of an albatross for the last four years due to failed plans. Initially, the city intended for these sites to be the home of a new convention center, and demolished the buildings in 2018 before solidifying a plan. While the location is a good one for a convention center — it’s adjacent to the Hyatt Regency, Jacksonville’s largest convention hotel, and close to the bars and restaurants on and around Bay Street — the city undermined the process with unrealistic requirements. Convention center talks resulted in underwhelming proposals and in December 2018, the city axed the bids and (perhaps prophetically) put a hold on all convention center plans. In 2020, the city tried a new tack and reached a deal with Spandrel Development Partners LLC to redevelop the site with 520 apartments and 74,000 square feet of retail, with ground floor retail covering 80% of the Bay Street frontage. However, this too fell apart, and the city ended negotiations with Spandrel in August 2021, as the Jax Daily Record reported.

Plowing forward at the Ford on Bay

In September 2021, the DIA tasked a committee with paving a new way forward for the blocks. While still determining that a mixed-use residential and commercial development was best, they recommended a number of changes from the previous request for proposal. Notably, only the former courthouse site would be bid out for now. The City Hall Annex site will be left out, as the adjacent Hyatt Regency has right of first refusal on anything built there.

One major change gives the Jaxson team considerable pause. The committee proposed to remove the requirement that at least 80% of the Bay Street frontage be retail space. Instead, they suggested that a minimum of 35% of the space be “activated.” Additionally, ground-floor offices and private amenities for building residents would count toward “activation.” Considering that these kinds of uses don’t generate foot traffic like restaurants and shops, it opens up the possibility that most if not all of this block could be a permanent dead space.

In a statement to The Jaxson, Downtown Investment Authority CEO Lori Boyer reiterated that DIA is committed to seeing active ground-floor frontage on this parcel:

“The DIA Board has not taken final action on the minimum requirements nor the scoring criteria applicable to a disposition of the former courthouse site. At a September committee meeting, there was considerable discussion about the desire to have activated ground floor space accessible to the public on both Bay Street and the riverfront, and that some ‘retail’ does more for activation than other retail. CBRE advised the Board to eliminate the minimum requirement on Bay in favor of scoring that gave the ability to reward both the quantity and quality of retail on Bay. The Board will make a final decision prior to the issuance of any Notice of Disposition.

DIA staff, and many of the Board members, were clear that the desire to see restaurants, sidewalk cafes, entertainment venues and the like on Bay Street and on the riverfront was of great importance. We do recognize however, that any numerical minimum for ‘retail’ can be satisfied in a way that does not create vibrancy. The percent of frontage may be less critical than the quality of what is provided- hence the reason to move from a fixed number minimum to a qualitative score. This change would allow the developer flexibility in design when developing their response, but with the knowledge of the objective which is real activation of the frontage.”

What happens at street level along Bay Street can either enhance this street retail strip or permanently take away from its potential vibrancy and pedestrian scale setting.

Hopefully, the DIA’s approach works out and the winning bid makes a firm commitment to retail on the ground floor of Bay Street, as it’s one of the places that presents the biggest opportunity to take advantage of the Three C’s in the short term in all of Downtown.

The law of conservation of (pedestrian) energy

Some in the past have dismissed Bay Street as a workable place to cluster pedestrian-oriented retail due to the fact that it’s busy with car traffic. Its average annual daily traffic count — a measure of the total volume of vehicular traffic each day — is 12,000 cars, which is relatively busy by the standards of Jacksonville’s Urban Core. Considering that many streets with high traffic counts are very unfriendly and even dangerous to pedestrians, it seems reasonable at first glance that pedestrian-oriented retail be avoided on high-traffic streets.

However, as we’ve pointed out before, high vehicular traffic counts don’t necessarily have a negative impact on a pedestrian-friendly retail area. Pedestrian-oriented land use policies and infrastructure have a far greater impact on an area’s walkability, and with those in place, car traffic actually contributes to, not detracts from, vibrancy. Bay Street’s traffic density is comparable to some of the city’s most vibrant neighborhood commercial districts, including Atlantic and San Marco boulevards in San Marco Square, Park Street in Five Points, Main Street in Springfield and St. Johns Avenue along the Shoppes of Avondale. Given that there are already several restaurants, bars and shops on Bay Street, it’s perhaps the best place to revamp as a designated pedestrian corridor.

With this in mind, hopefully DIA not only maintains its commitment to adding more retail frontage to Bay Street but commits to implementing new land use policies and infrastructure to make it as pedestrian friendly as possible. It’s definitely one area where adopting common sense principles can have a far greater effect than any massive new development.