Duval students are growing more diverse, so DCPS wants teachers to be, too 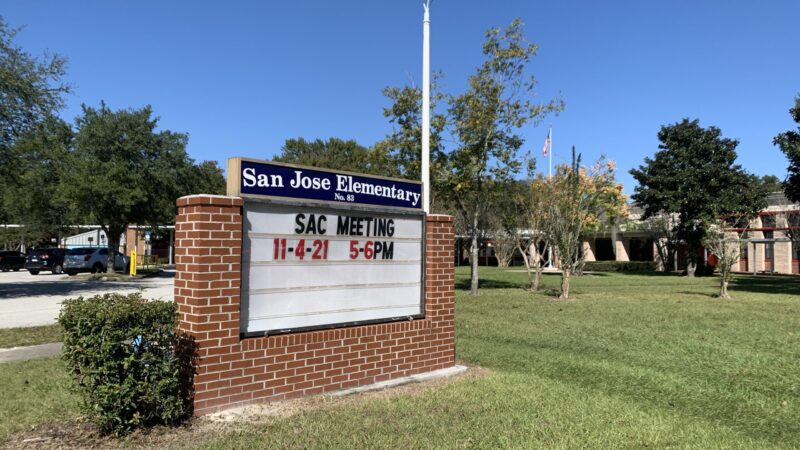 At San Jose Elementary in the Lakewood area, 45% of the student body are considered English language learners.

When Ingrid Carias began working in the Duval County Public School system around 2014, there were about 5,500 students the district considered English language learners. Now, DCPS supports more than 7,900 students with a first language other than English.

“We’ve definitely grown, in students, and in our team, ” said Carias, who is now the director of DCPS’ ESOL, World Languages, and Dual Language programs.

That growth is part of why the Jacksonville Public Education Fund last month launched an effort to recruit and retain 1,000 more Black and Latino male teachers by 2025, to help close the teacher diversity gap.

In Duval County schools, the gap between students and teachers is clear: According to JPEF research and the Florida Department of Education, African Americans and Latinos make up about 35% of teachers, while about 58% of the student body are Black or Latino.

While it is not clear how many DCPS teachers would consider themselves bilingual, the number of Duval County students who are speakers of other languages has exploded over the past decade. Since 2010, the number of students in the district’s English for speakers of other languages (ESOL) program has roughly doubled, from about 4,000 to about 8,000. Meanwhile, the district has an ESOL teaching staff of 135 teachers and paraprofessionals, with 22 unfilled para positions district-wide.

(Unfilled teacher and substitute positions is plaguing DCPS beyond the ESOL program, with The Florida Times-Union reporting some 431 open teaching jobs. Students have reportedly been left with administrative staffers and in at least one circumstance gone completely unsupervised.)

According to DCPS, students in Duval County speak 105 languages. About 70% of ESOL students speak Spanish. Portuguese just overtook Arabic as the second-most commonly spoken first language. Many others speak Vietnamese or Russian. Some of the languages spoken by newcomers  — often students coming from Central and South America —  don’t have dictionaries.

With extra resources like Rosetta Stone courses and support like longer testing times and designated ESOL counselors, DCPS’ ESOL teachers and paraprofessionals do their best to help students find their way in their new home — as, for every ESOL staff member, there are about 60 ESOL students.

It’s work that’s close to Carias’ heart. A former English language learner herself, Carias came to the U.S. in the 7th grade. She knows what it feels like to struggle, adapt and thrive. And she knows that having students who speak Haitian Creole, Burmese, and Spanish is a benefit to the entire school community.

“Multilingualism is a global norm, and we understand that in Duval County we’re becoming multilingual,” Carias said. “That’s why as a [district] we promote bilingualism, biculturalism and biliteracy.”

Complicating JPEF’s plan to recruit and retrain more diverse educators is what Daniel Velasco, Chief Operating Officer for the national nonprofit Latinos for Education, calls a crisis of retention.

Nationwide, 43% of Latino educators leave the profession within their first four years on the job, Velasco said. “I think that we are in the foyer of a catastrophe. For the education sector, from a talent vantage-point, this is going to be catastrophic.”

Part of the difficulty, he said, is simply financial: As an educator himself, he learned quickly that for him, at least, teaching was “not a viable path to the middle class.”

According to the Harvard Graduate School of Education, Latino teachers reported taking on the extra labor of translating for students and families, often feeling overworked and undervalued because of it. Latino teachers also reported feeling they had to prove their worth to administrators and parents.

It’s work that San Jose Elementary School science and math teacher Gisell Bacerra, who is bilingual, knows all too well: You don’t hear kids’ stories unless you sit and talk to them, she said, and that often happens in Spanish.

“Last year there was one [student] who didn’t speak any English and had just spent time in a camp. People come with next to nothing, and we’re just hoping that they’ll adjust.”

At San Jose, in the Lakewood area, 45% of the student body are considered English language learners.

“There’s so much stuff that our students deal with: access to technology, access to the internet, families not understanding the information that we’re putting out, even though it may be in Spanish. They may speak a dialect and we’re not teaching that dialect,” San Jose Principal Jasmin Esparza Gomez said.

Reaching those families became more difficult during the pandemic, she said. “Thankfully, the district did provide access to laptops and hotspots to try to reach those families. But we know that poverty poses an extra layer of difficulty. What if they didn’t have transportation to go pick up a laptop?”

During the pandemic, students came with food and housing insecurity, trauma associated with migration and poverty, and sometimes limited access to formal education in their home countries.

“Our ELL students are truly gifts at our school,” said Esparza Gomez. “The languages and the perspectives that they bring… Some of them are even trilingual. That’s something to celebrate, and it’s a calling to everyone to come together to meet the needs of that population.”

For Englewood High School students Emily and Raymond, the ESOL program has helped them gain the language skills to succeed in their new homes. (Editor’s note: We are not sharing the students’ last names to protect their privacy.)

Raymond, 17, came to Jacksonville from Puerto Rico in December of 2020 to be with his father. The biggest adjustment was pandemic-related: He went from learning remotely to learning in person, wearing a mask all day. “The ESOL program was great,” he said. “Because before, I didn’t have the confidence to talk in English, I could barely understand it. So it helped me a lot.”

With student bodies nationwide becoming more diverse, Latinos for Education’s Velasco dreams of a future where “we would have predominantly dual-immersion schools where children are learning to be bilingual, biliterate, bicultural. We would be producing a future workforce that can flow between those two spaces. And I think we would have a teaching workforce that is close to representative of the student population, from an equity standpoint. Children would see themselves represented in Latino teachers, immigrant teachers, Black teachers, queer teachers. … Children’s identities would be affirmed through the school system.”

For now, Duval ESOL Director Ingrid Carias is focused on getting new arrivals up to speed and making sure the district has enough bilingual dictionaries and glossaries in the right languages.

She’s also focused on building teacher capacity: Teaching teachers how to teach science to an English language learner, providing extra visual material in addition to written content, not just assuming that a student from Guatemala will know what to do with a Spanish-English dictionary.

And, she said, she’s focused on creating classrooms where emerging bilingual students are celebrated for their unique cultural perspectives. “Our teachers are going to provide that support, that your culture, your language, has value in my classroom.”