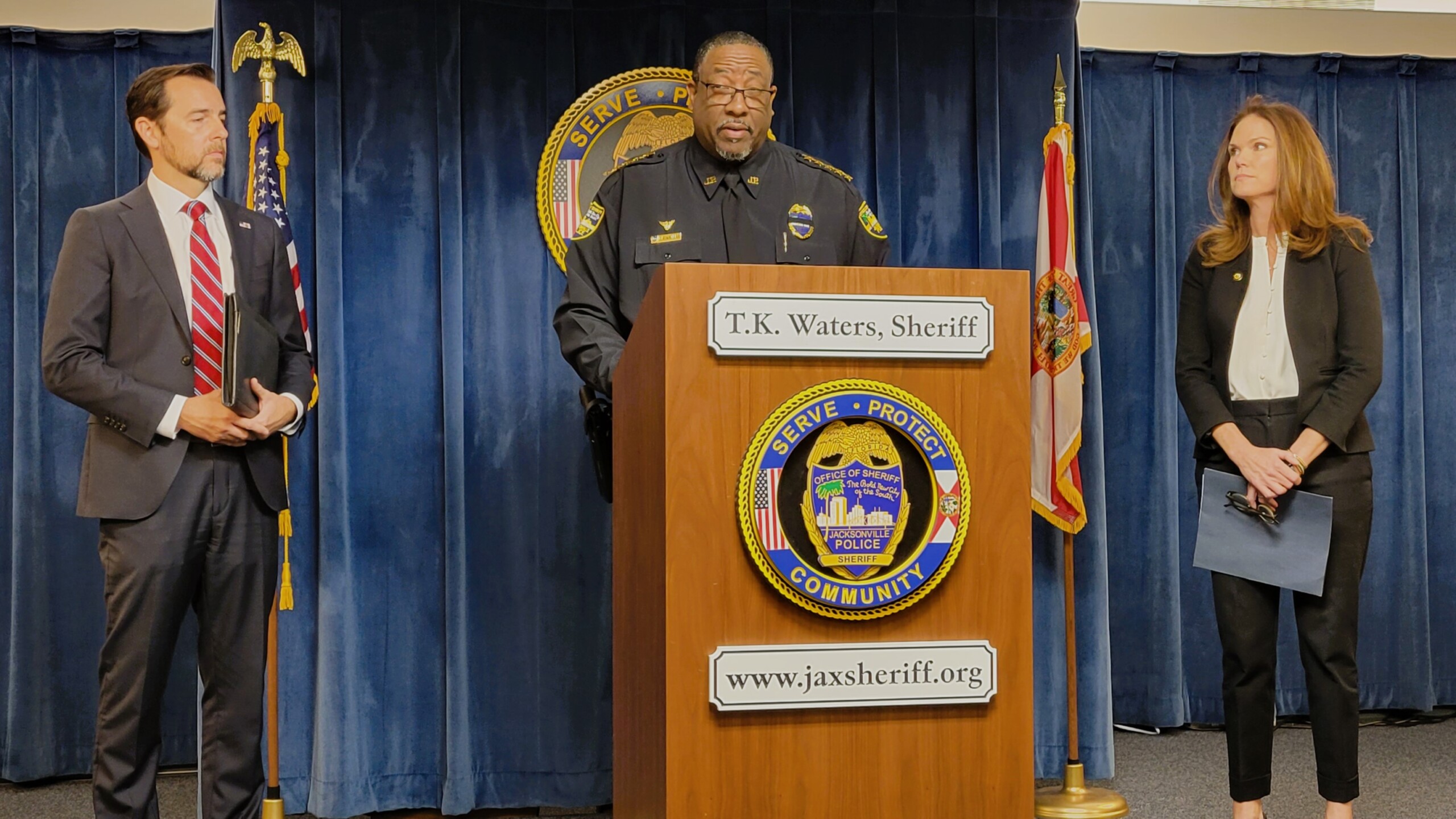 Ten human trafficking victims were rescued in 2022 by the Jacksonville Sheriff’s Office, two of them juveniles.

Waters said the Sheriff’s Office made 74 arrests from its human trafficking investigations in 2022, five of those felonies, he said.

“Sadly, human trafficking is very real in our community,” Waters said. “These are hidden crimes so well veiled that you may have seen indicators of them and simply not known. This month is so important because it focuses on educating the public about those indicators of human trafficking. Without education, even an engaged and sympathetic public will not be able to take the steps to help the victims of these crimes.”

Paying attention matters and could lead to saving someone who has been enslaved, State Attorney Melissa Nelson said. That is how one of their prosecutors saw indications of possible human trafficking while handling a 2020 attempted murder case in Westside Jacksonville, she said.

“His sound call led to an investigation by our office, which culminated in the recent arrests of two men for multiple counts of human trafficking and attempted first-degree murder,” she said. “These traffickers used actual violence against the women they were prostituting and threats of violence to those women’s families. It was through this abuse that they trapped their victims and secured their compliance.”

Trafficking involves the use of force, fraud or coercion to obtain some type of labor or commercial sex act. It can happen anywhere. Waters said. Victims are found in sex clubs or forced into prostitution, hooked on drugs and often threatened with violence as a means of control by their pimps. And it often “hides in plain site,” Waters said.

Police work with the FBI and other agencies as part of the Northeast Florida Human Trafficking Coalition.

In August, an FBI-led investigation into human trafficking yielded three arrests and the location of seven sex trafficking victims in North Florida, authorities say. Special Agent C.J. Goodman said the victims included a girl who was found in Jacksonville after being brought here from out of state for sex.

The local arrests were part of a long-running national effort known as Operation Cross Country that aims to root out traffickers and to assist victims in rebuilding their lives. Goodman said the seven victims were trafficked for sex.

Arrests in 2019 included 27-year-old Antonio Javon Griffin, picked up April 26 on a warrant from Chatham County, Georgia, after authorities rescued a 17-year-old runaway who had been forced to prostitute herself in motels in Georgia, South Carolina and Florida, police said. He was sentenced to five years in prison.

Two weeks ago, Zakariyai Daud Clarke was charged with attempted murder and three counts of human trafficking in Clay County, according to the State Attorney’s Office.

According to the case’s arrest affidavit, investigators learned of the brutal stabbing of a woman on May 8, 2020, at a motel on Lane Avenue South.

Caught on a motel security camera, two men with their faces covered “ambushed” the victim, the affidavit said. One man was seen stabbing the woman in the back and then stomping her and kicking her in the face while she was on the ground.

The woman’s attack occurred after she said that she managed to escape Clarke’s hold, aware that he was looking for her and threatening to kill her, the affidavit said. She said she was addicted to fentanyl “as a means of control.”

Speaking to reporters on Tuesday, Nelson said the victim spent five days in the hospital after the attack. Fearing for her life, she initially told State Attorney’s Office investigators that she did not know who attacked her as investigators continued working on the case.

“In doing so, they gained the very needed trust and cooperation of not just the attempted murder victim, but of many other women who were actually slaves to these men,” Nelson said. “This is just one case, obviously, but I share it because it underscores the reality of human trafficking and the fact that it goes on right here where we live.”

Codefendant Ishmell Ke’Non Williams was also arrested on a charge of attempted murder. Both remain ineligible for bail, according to Duval County jail records.

There are many signs that someone could be a victim of human trafficking, Waters said. Watch for how someone acts in the presence of others or whether they have had a dramatic change in behavior, he said. Another warning sign is a suspected victim deferring to someone else to answer for them.

“If you do see something, please say something,” Ryan said.

“We would prefer to investigate a situation that turns out unfounded, rather than have these crimes under-reported,” the sheriff said. 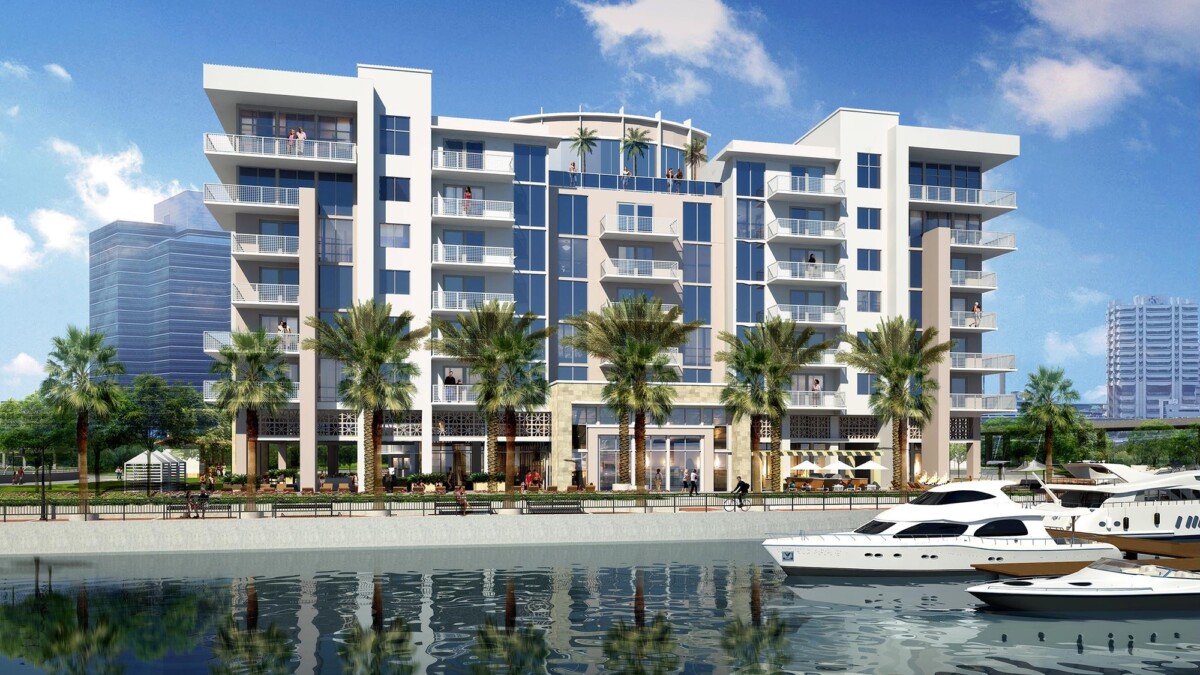 The Jacksonville metro area was one of 14 nationwide where the price for a new lease declined in the past year. Read More