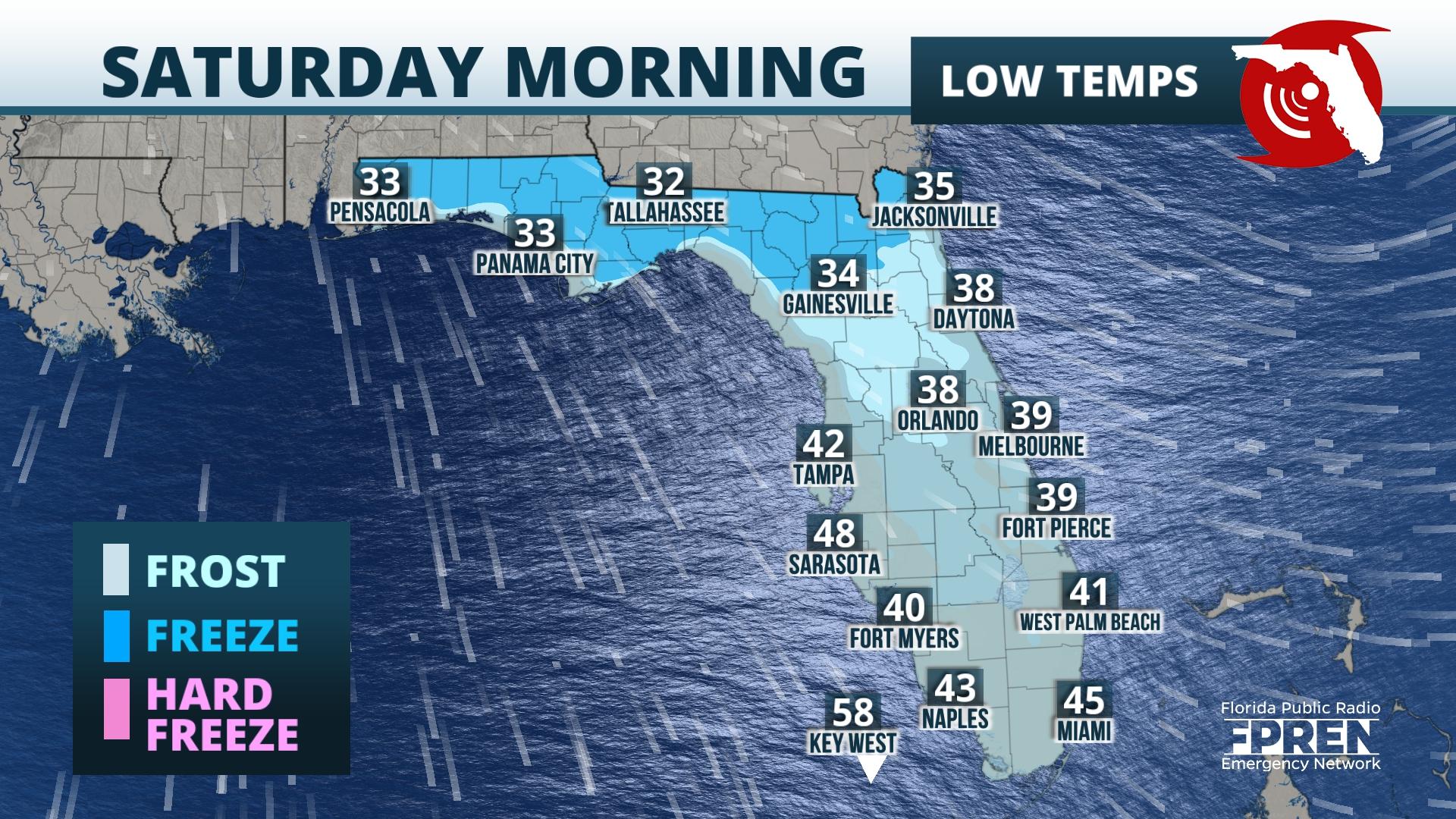 A cold snap is on track to grip the Sunshine State this weekend. This substantial temperature drop follows immediately behind a squall line of heavy rain and few strong thunderstorms that tracked across Florida Thursday night and Friday.

Early on Friday afternoon, the squall line was approaching Miami and the Gold Coast from the west northwest. Behind it, high pressure over the Upper Midwest was strengthening and directing due northerly winds into the Tennessee Valley, Central Gulf Coast, and Southeast. Surface observations indicated that temperatures are humidity levels were already dropping over Florida’s Panhandle and northern portions of the peninsula, and this trend is expected to continue through the start of the holiday weekend. 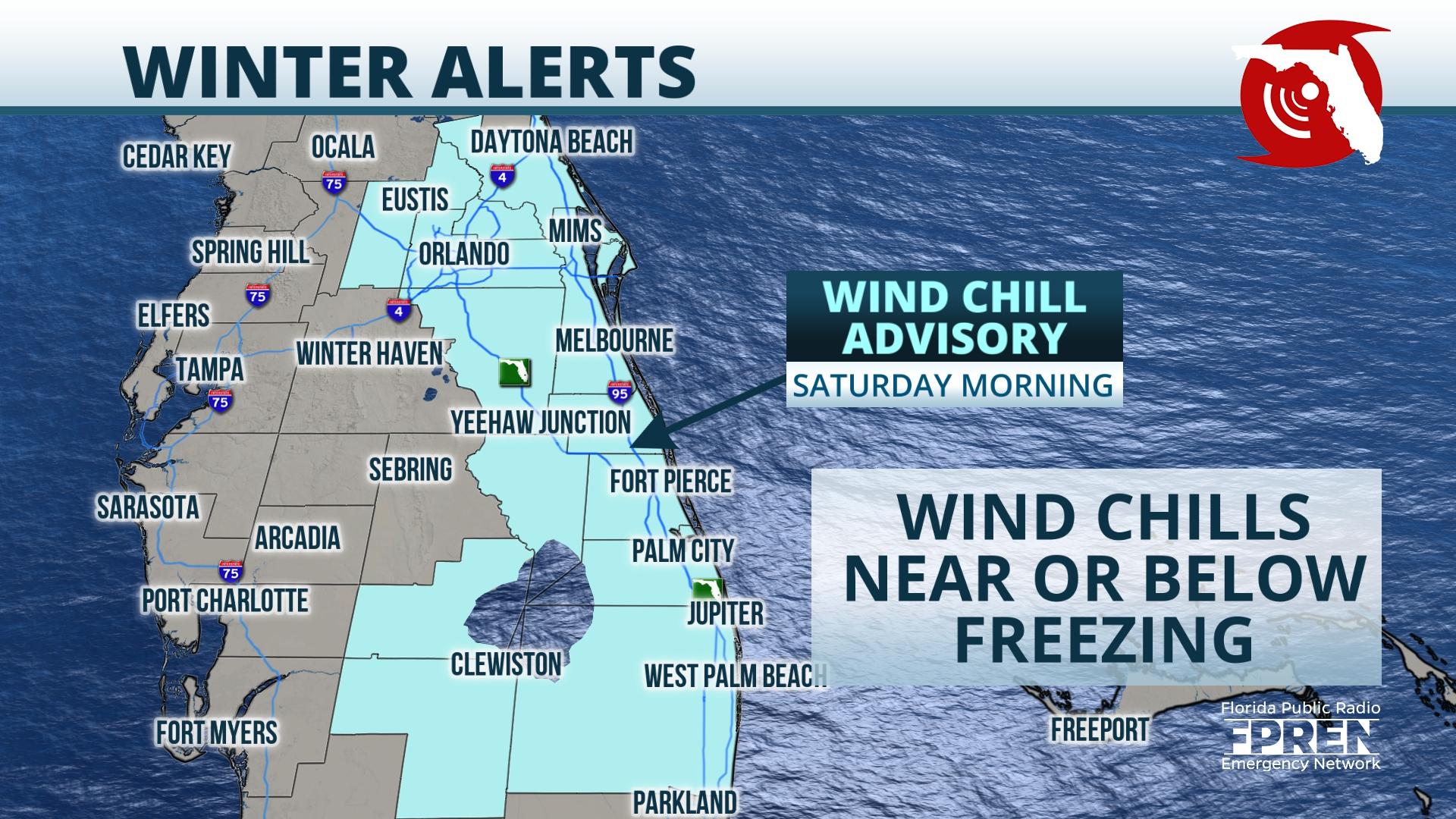 Overnight Friday into Saturday, skies across the state should become mostly clear, which will further help temperatures to drop. By Saturday morning, lows over the Panhandle, North Florida, and portions of East-Central Florida could fall to near or below freezing, and widespread frost is expected in these areas.

Farther south, lows could fall as low as the low to mid 40s. In addition, winds will likely remain gusty, and this will make conditions appear even colder. Wind chills on Saturday morning in the Panhandle and North Florida will likely fall into the mid/upper 20s and over East-Central Florida, winds chills are expected to be in the upper 20s and lower 30s. A Wind Chill Advisory is in effect from Volusia County to Palm Beach County along the Atlantic Coast. 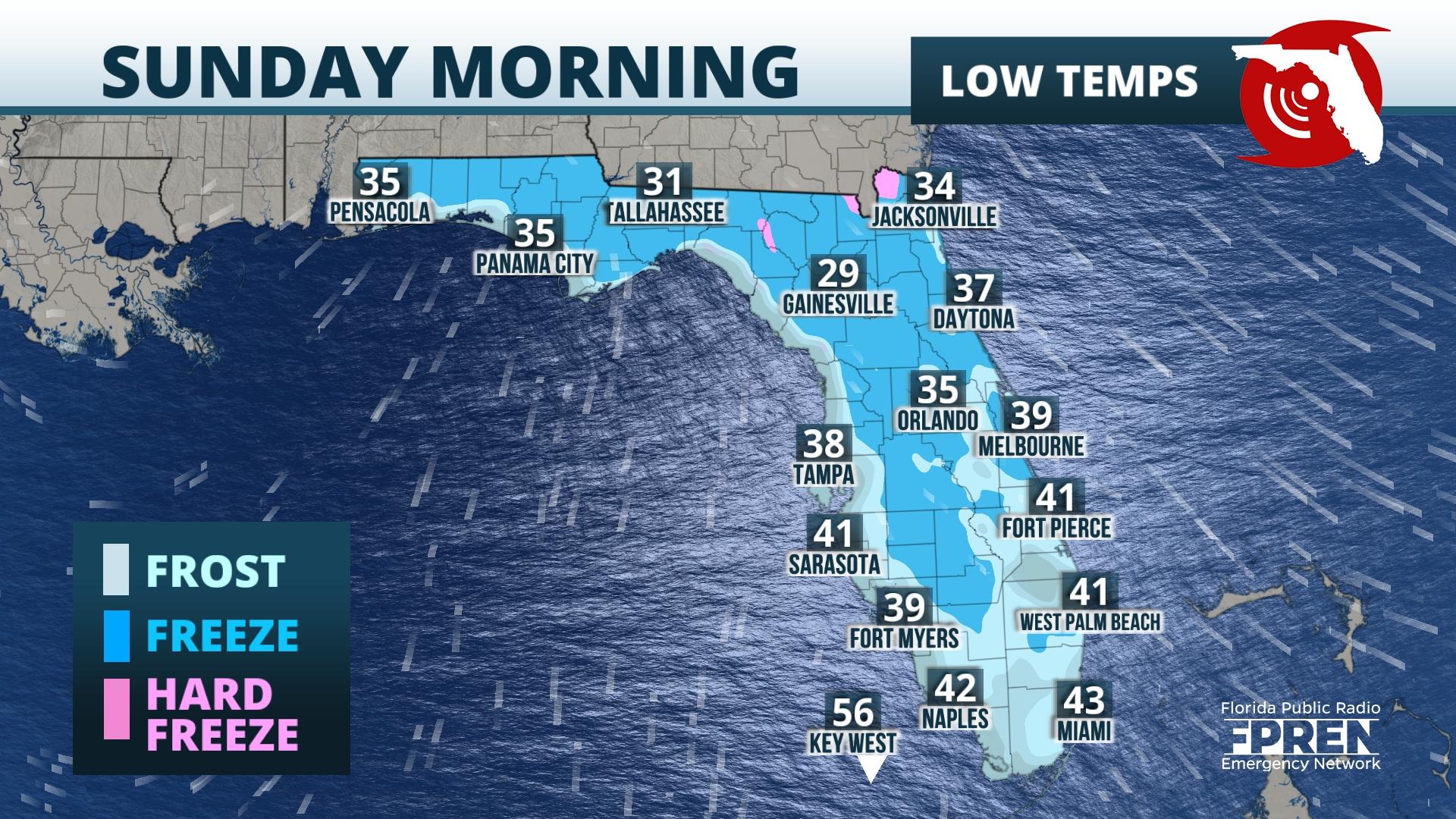 Lows Sunday morning will more than likely be colder than Saturday morning. Temperatures could range from the mid and upper 20s over the interior Panhandle and North Florida to the upper 30s and low 40s over South Florida. By Sunday morning, however, winds should have calmed and “feels-like” temperatures should not be much lower than the actual temperature. Still, widespread freeze is likely over the Panhandle, North Florida, and portions of Central Florida. Patchy frost cannot be ruled out of the forecast for interior South Florida.

During the beginning of the coming workweek, a ridge of high pressure should build eastward, effectively cutting off the stream of cold air from higher latitudes. Both temperatures and humidity levels should increase to near average, and later in the week above average, levels. 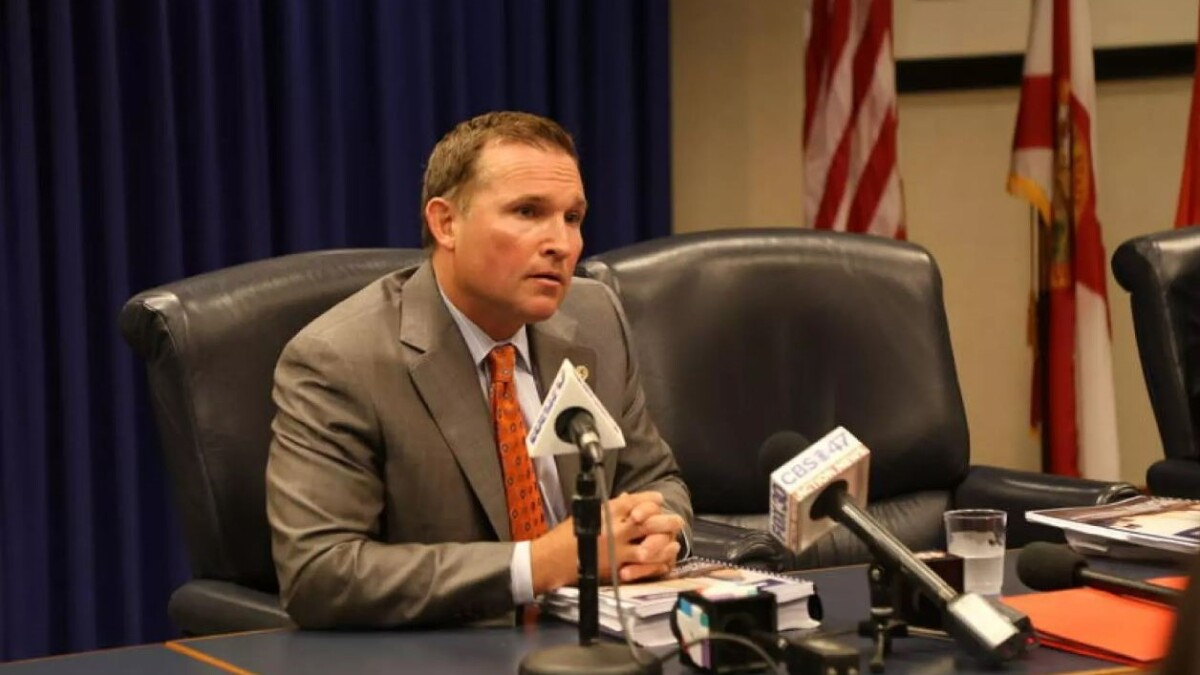