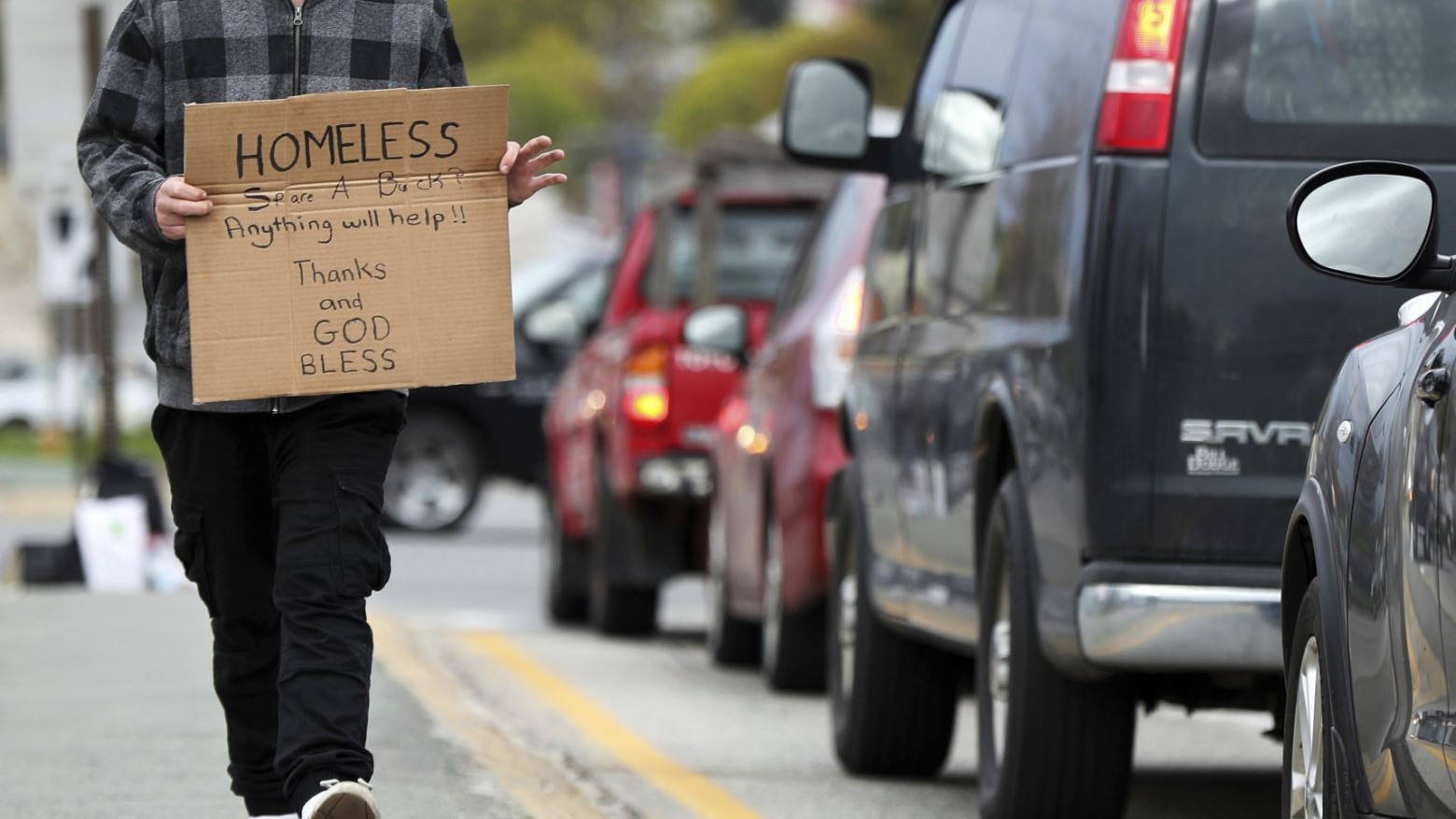 Clay County lawmakers approved a measure Tuesday that prohibits panhandling on public roads, casting it as a safety concern in order to sidestep First Amendment concerns.

Pandling has rankled the public for years, but many panhandling laws have died when courts ruled that they infringe on free speech. Clay County leaders believe their approach would survive a legal challenge.

A similar measure was submitted to the Jacksonville City Council in July. It would make it unlawful for a driver and pedestrian to interact on a public roadway, “including the transfer of any product, material or monies.” The proposal has stalled in committee.

Clay County’s ordinance prohibits people from using a public right of way “in a way that interferes with the safe and efficient movement of people or vehicles,” officials said.

The ordinance pertains only to activities on a public road or highway in the unincorporated areas of Clay County, not in the cities of Green Cove Springs and Keystone Heights or in the town of Orange Park.

It bars any physical interaction between a pedestrian and someone in a car on a public road or highway. That includes anyone who stops or stands on a median when not in the process of lawfully crossing the road.

Commissioner Alexandra Compere was the lone “no” vote on the five-person board. She called the new law a drastic step and an “all-or-nothing proposition.”

“The way this has been drafted, and I don’t think there’s any way around this, is that no one is going to be permitted to be in our rights of way,” Compere said. “I find that particularly challenging to accept only because we have seen some measures to mitigate the concerns that we were talking about.

“If our concern is that we cannot enforce the ordinances as they are on the books now, then a step in this direction is a step to completely remove it off of the table, and I don’t know if there’s a middle ground that we have not yet explored.”

Sheriff Michelle Cook told commissioners the new law replaces a previous one that could be ruled unconstitutional because you cannot allow some people — like firefighters seeking donations — to stand in a roadway and wave a sign, and prohibit others seeking cash for themselves.

“Either the behavior is going to be allowed for everybody, or nobody,” Cook said. “And because of the safety risks, especially because a lot of these panhandlers are standing at our high-frequency crash locations, we erred on the side of safety and decided that nobody could stand out there and wave signs on the right of ways.”

Based on court cases across Florida, the county had to restrict what would be perceived as any solicitation in the right of way due to public safety, County Attorney Courtney Griner said.

“What we are trying to do is protect our citizens, actually whether it is vehicular traffic or the citizens who are on the sidewalks actually doing the solicitation,” she said. “So what this does is any solicitation in the right of way would be prohibited. Now there are certain exceptions that are included in here, such as if there is an instance needed for public safety or law enforcement. If you actually have a road closure, then that would be allowed.

If firefighters or a youth organization want to raise funds on a right of way, Cook said, the county “will be more than happy” to work with them on legal, safe and “creative” alternatives away from a median.

Legitimate fundraising groups can legally wave signs and seek funds from a sidewalk, Cook said. And since private property is not included, election sign waving from there is permitted as well with permission, the county said.

Commissioner Kristen Burke asked whether the new ordinance would prohibit anyone doing “sign spinning” or advertising a business in a right of way.

“People aren’t going to know and it’s going to happen and they will have to be told,” she said. “It’s pretty broad, but it’s definitely in the right of way and it’s a huge change for our county.”

Board Vice Chairman Jim Renninger acknowledged that the new bill is not a perfect solution, but he said it is the result of “public outcry to stop this soliciting money along the highway.”

“It’s distracting, and some of the panhandlers could get aggressive, and our public didn’t like that,” Renninger said. “This is the action we’ve taken to thwart this type of activity.”

Cook said the new law will be monitored. If it is “not in the best interest of the community, we will come back and readdress it.”

Griner said the new ordinance was modeled after one recently passed in Lee County, where it faced a legal challenge and was upheld. She also said county officials have been in discussion with their counterparts in Orange Park and Green Cove Springs, which are looking into similar ordinances.

Clay County’s ordinance says that anyone who violates it could be fined up to $500, jailed up to 60 days or both.

Meanwhile, the Jacksonville City Council proposal to get panhandlers off the streets was deferred Jan. 3 at a meeting of the Neighborhoods, Community Services, Public Health and Safety Committee. It was first proposed more than five months ago and is cosponsored by District 2 Councilman Al Ferraro and District 4 Councilman Kevin Carrico.

Panhandling increases during times of economic hardship, and many people consider it a nuisance, with complaints to the Sheriff’s Office increasing to more than 2,500 in 2021, police said.

Ferraro’s bill prohibits the use of the public rights of way in a manner that interferes with the safe and efficient movement of people and property from place to place on a public road. That includes anyone who stops, stands or remains in a median on any designated roadway when not “lawfully crossing the road,” it says.

The law also notes that Jacksonville was identified as the sixth-worst municipality in the country in 2022 for pedestrian deaths as a result of being struck by vehicles. From January through December 2021, Jacksonville experienced 492 vehicle/pedestrian crashes, with 48 fatalities.

Ferraro’s ordinance looks to work around court issues by banning unlawful loitering on roadways and “physical interaction between a pedestrian and occupant of a motor vehicle” by targeting both the driver and would-be panhandler, with a $100 fine to each as a penalty for every infraction.

Police could issue a citation for trespassing for a second violation. If caught a fourth time, the person may be arrested or given a notice to appear in court, the ordinance said. 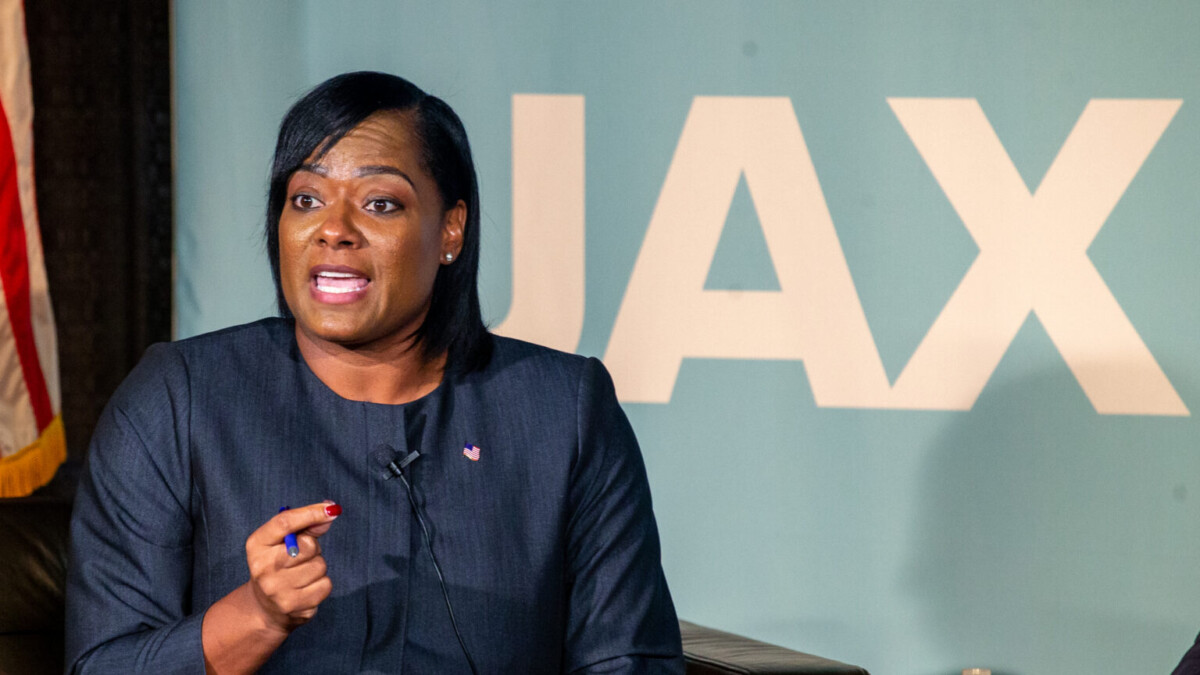 Burton, a 24-year veteran of the Jacksonville Sheriff's Office, says she faced a difficult campaign after finishing second in November. Read More