The retired assistant chief who was runner-up in the Nov. 8 runoff for Jacksonville sheriff has filed to run again.

Lakesha Burton, who lost the election to T.K. Waters in November, filed with the Duval County Supervisor of Elections.

That would pit her and the sheriff in the March 21 primary election, which Burton says would be “crucial.” But so far, she has yet to launch a campaign, she said in a statement to WJCT News.

“It will determine what the next 8 years will be for our city,” she said. “The dismal start to Water’s administration and the significant interest in me as a candidate has me considering my options, but I haven’t made a final decision. I’m taking necessary steps should I decide to run.”

In response to Burton’s filing, Waters issued a statement that said he is “focused on my job as sheriff and keeping the people of Jacksonville safe.”

“The residents have already let their voices be heard,” he said in a statement News4JAX, a WJCT News partner. “Twice. Resoundingly. We will let the people voice their opinion a third time.”

Waters is a Republican and the retired chief of investigations for the Sheriff’s Office. Burton is a former executive director of the Police Athletic League who retired as assistant chief of the Arlington police zone to enter her candidacy.

Burton and Waters were the front-runners in a five-way special election Aug. 23, called due to the resignation of former Sheriff Mike Williams after he violated city charter by living for more than a year in Nassau County. Williams, who had more than a year left in his term, is now head of the Florida Department of Law Enforcement’s Jacksonville operations center.

Waters garnered 46.7% of the special election vote, followed by Burton with 32.8%, beating former Duval County Schools Police acting director Wayne Clark and former officers Tony Cummings and Ken Jefferson. Since neither Burton nor Waters received 50% plus one vote, they headed to the Nov. 8 runoff. Waters earned just over 55% of the vote in the runoff and became sheriff.

Waters is sheriff only through this year. Anyone wishing to run for the next four-year term for sheriff must campaign again for the March 21 primary and May 16 general election.

The winner of the election in the spring will serve a full, four-year term. 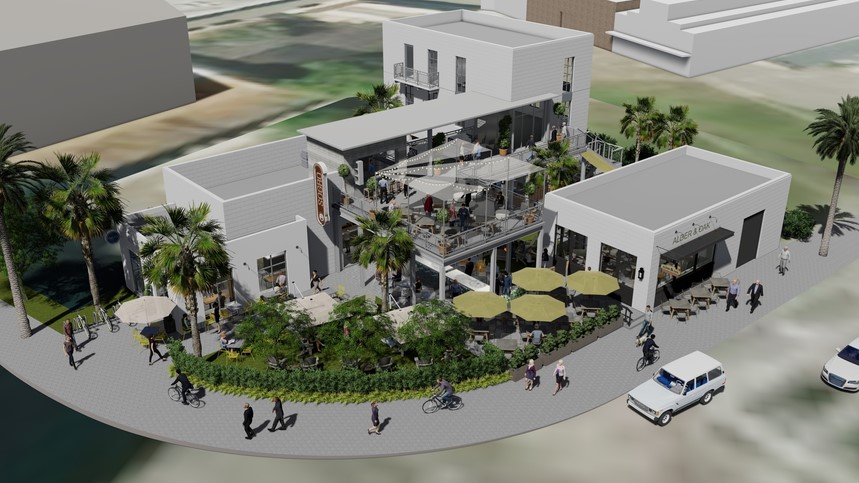 News The Hub Brooklyn is ready for construction

The Hub Brooklyn is ready to rise. The city issued three permits Tuesday for Danis Construction LLC to build three shell buildings at 400 Riverside Ave. at a construction cost of almost $2.46 million. The project, at Riverside Avenue and Forest Street in the Brooklyn/Riverside area, is led by Jacksonville-based Southern Grounds & Co. owner Mark Janasik. Read the rest ...
END_OF_DOCUMENT_TOKEN_TO_BE_REPLACED
Read More