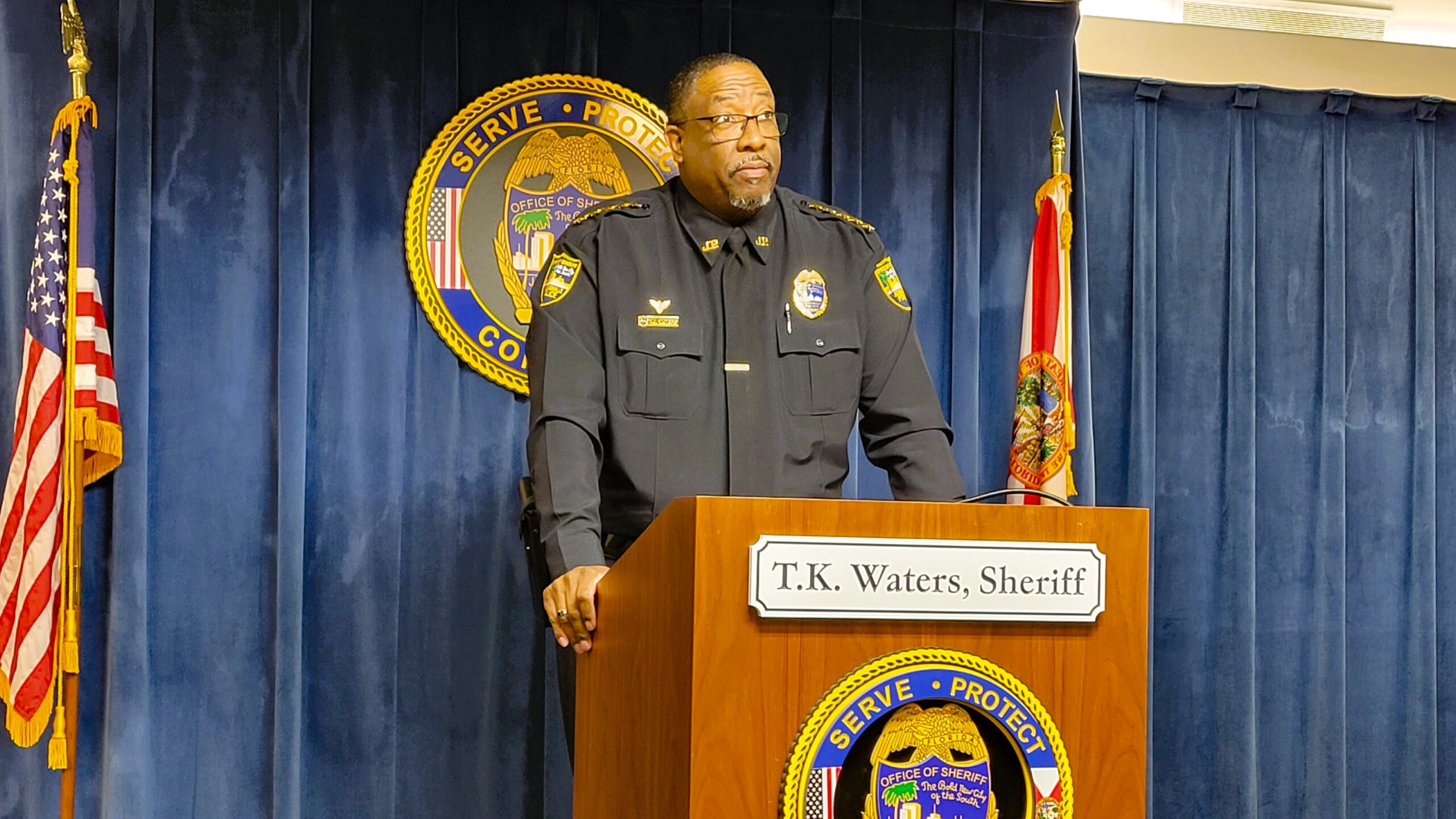 Jacksonville Sheriff T.K. Waters announced major updates Tuesday to the way his department passes on information to the public.

The changes include quicker release of bodycam video of officer shootings, plus information on criminal investigations into officers and other issues.

Waters’ order, announced one month after he was sworn in as sheriff, did include some limits. But starting immediately, the department will be “as transparent as possible” when it comes to releasing information on issues of public concern on its open data website, he said.

Transparency was among the topics Waters mentioned frequently as he ran for sheriff.

“I made a promise to this community that I think it is very important for us to be open, for us to be forward facing, to talk about the things that people are concerned about and be willing to show it to them,” Waters said during a news conference Tuesday. “We have nothing to hide. We have an amazing agency, and we just want to show our community that we are going to put it in our rules and our policies of the things we are going to do and be held accountable for.”

“(It) may be a step in the right direction,” said Frazier, who was not at the news conference. “However, at his news conference today, he was not transparent about why there is a need for it. He did not answer the question. He was disingenuous.”

The Sheriff’s Office has faced numerous protests in recent years about its lack of openness about its investigations into the shooting deaths of suspects.

Some of those protests were graphic, such as a July 2020 event that saw groups place 50-plus fake body bags on the steps of the Sheriff’s Office as they demanded police get rid of what they called the department’s “racist environment and practices,” the Florida Times-Union reported. They also wanted the Sheriff’s Office to end qualified immunity for officers involved in shootings.

The Jacksonville Community Action Committee led a protest in September 2017 at the Duval County Courthouse, angry that no criminal charges would be filed against white Officer Tyler Landreville in the shooting death of a 22-year-old Black man, Vernell Bing Jr., after a high-speed chase and head-on crash.

Citizens and community leaders have pushed often for prompt release of body-camera footage to families and the public and for more accountability by police. And many community leaders spoke out against changes made by the Sheriff’s Office in mid-2021 that restricted information it releases on officers involved in shootings, as well as identifying victims.

The Sheriff’s Office’s decision to no longer identify those officers followed an appeals court ruling in April 2021 that Marsy’s Law, which protects the privacy of crime victims, can also shield police officers’ identities.

The result is that the Sheriff’s Office’s Open Data and Transparency website, which contains information about its officer shootings, policies, homicides and use of force by an officer against someone, has omitted the names of officers involved as well as victims in many cases. Officers’ bodycam video also was removed from the website for months until anything that identified the officer involved was edited out.

But changes are being made now. Waters announced the new policies as a way to foster community trust, which he called a “principal objective” of his administration.

“Trust is earned and retained through openness and honesty. And I promise this community that our agency will be more transparent as permissible under the law,” he said. “I am proud to announce for the first time in the history of the Jacksonville Sheriff’s Office that transparency is a part of our operational orders.”

For example, the open data website will release “appropriately redacted” bodycam video of officer shootings within 21 days of an incident. But that release hinges on whether posting it online could hamper an active investigation, Waters said.

Waters said the public should expect quicker release about criminal investigations into officers, but only if his department is the only one investigating it. Information about officer shootings as well as in-custody deaths of suspects and inmates will be release within 48 hours of those incidents, he said. And he said information about incidents in which officers used force will be coming out faster as well.

“I vow that the Jacksonville Sheriff’s Office will be as open, honest and transparent as the law allows,” he said. “We do this out of respect for the people we serve, and we will earn their trust so together, we can build the foundation for safer and more secure Jacksonville for all.”

Shortly after the news conference, two bodycam videos were released on the department’s officer shooting website.

One involved a fatal shooting Nov. 2 in the 5100 block of Broadway Avenue that killed 50-year-old Matthew Orlando Dilworth as detectives tried to arrest a man “believed to be involved in a prior overdose death,” the video states. Five officers remain under investigation, their names redacted, although their race and gender are on the entry.

The other bodycam video is a shooting Oct. 16 of 34-year-old former convict John Henry Ervin at his home on Edgewood Avenue West. Shots were fired at officers identified as Mark Dorner and Joshua Patterson, both 3-year department veterans, and they returned fire, the video states. Ervin was not hit and eventually surrendered, the video states.

The changes in the way information is released to the public come a month after Waters announced a major command staff reorganization, naming new people to 40-plus positions from head of patrol to director of personnel. During a new conference Nov. 22, he also proposed changes to the city’s patrol zones, which the department has used for 20 years. Waters said Tuesday that he’s not done yet.

“There’s going to be quite a few changes coming up, yessir,” he said. 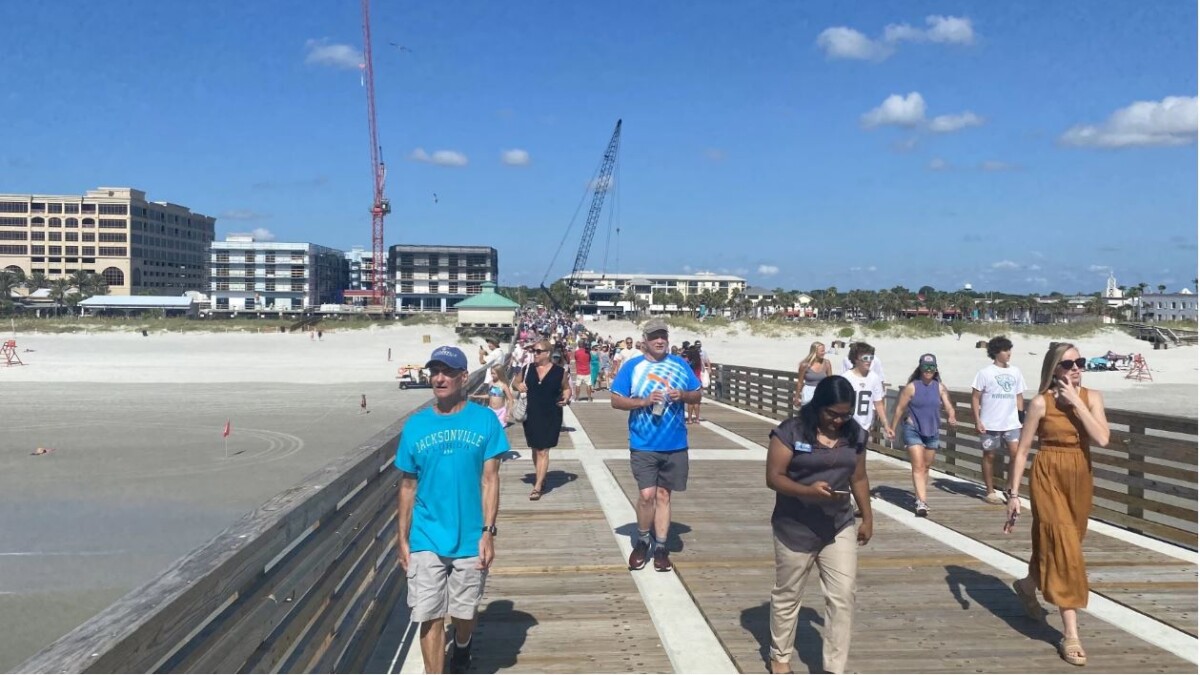 The Jacksonville Beach Pier will start charging walkers and fishers beginning with the new year. Starting Jan. 2, it’ll cost you $2 to walk on the pier and $5 to fish from it. Duval County residents and hotel guests with a key card will get a dollar off the price. The Jax Pier reopened in July after six years of ...
END_OF_DOCUMENT_TOKEN_TO_BE_REPLACED
Read More