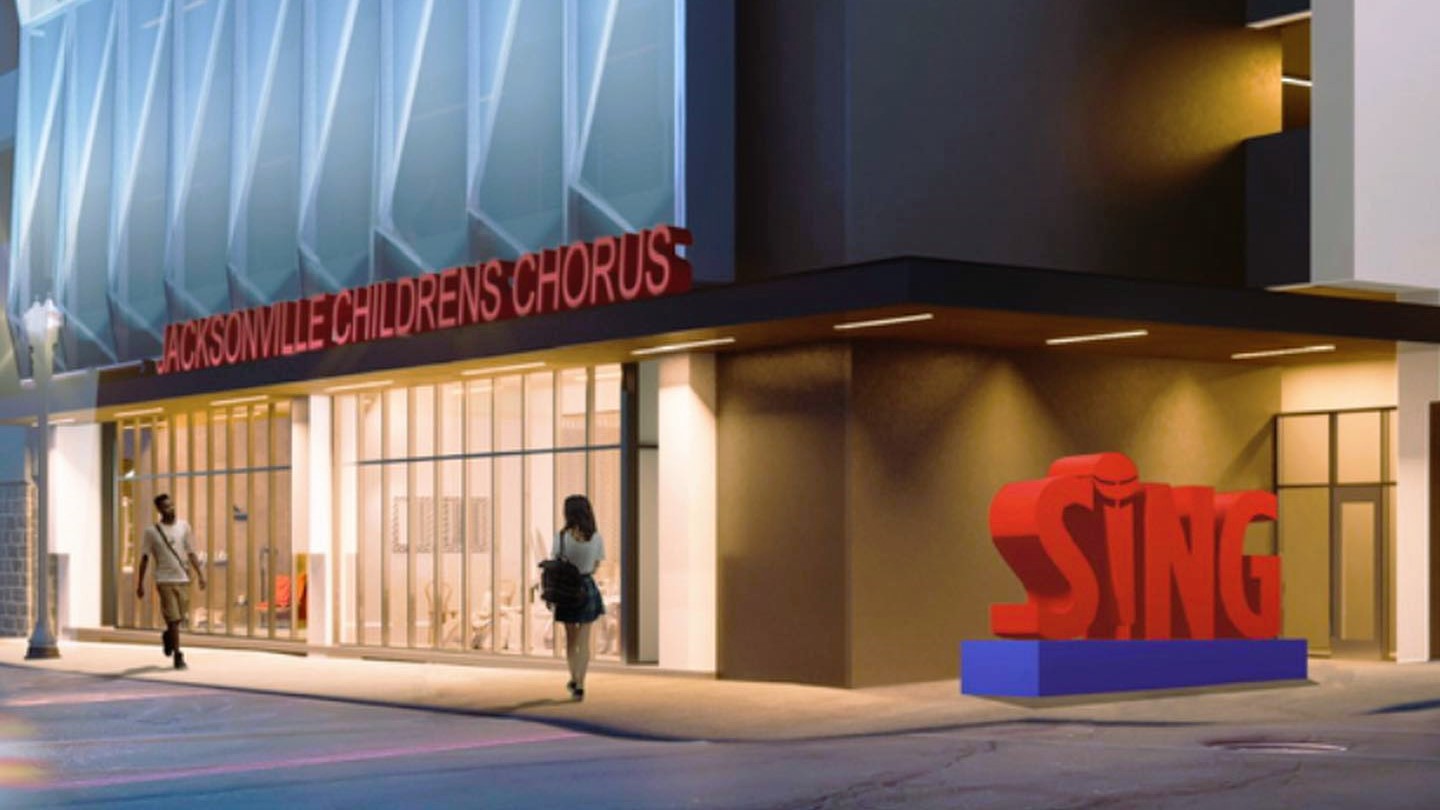 The ring of hammers and the staccato of power saws greets those who take a peek at the future home of the Jacksonville Children’s Chorus, just about two months before this corner of the VyStar Credit Union’s parking garage will resound with the songs of young boys and girls.

The 6,411-square-foot practice hall and office is mostly bare walls now, but chorus President and Artistic Director Darren Dailey looks at his future home and quips, “If you have a canvas, let’s paint.”

Choral music is communal, and Dailey said he can’t wait to bring children’s song to the Downtown community in a facility that is a dream come true, its practice and training halls, classroom and office space set to open by mid-February at the VyStar Credit Union facility.

“I have been blessed that I have been able to visit all the top children’s choirs in North America and see what they are doing and buried those things in my head,” Dailey said. “I think this is the only one of its kind in the country with a downtown location — 6,000 square feet and two rehearsal spaces that will support our performances as well as local ensembles..” 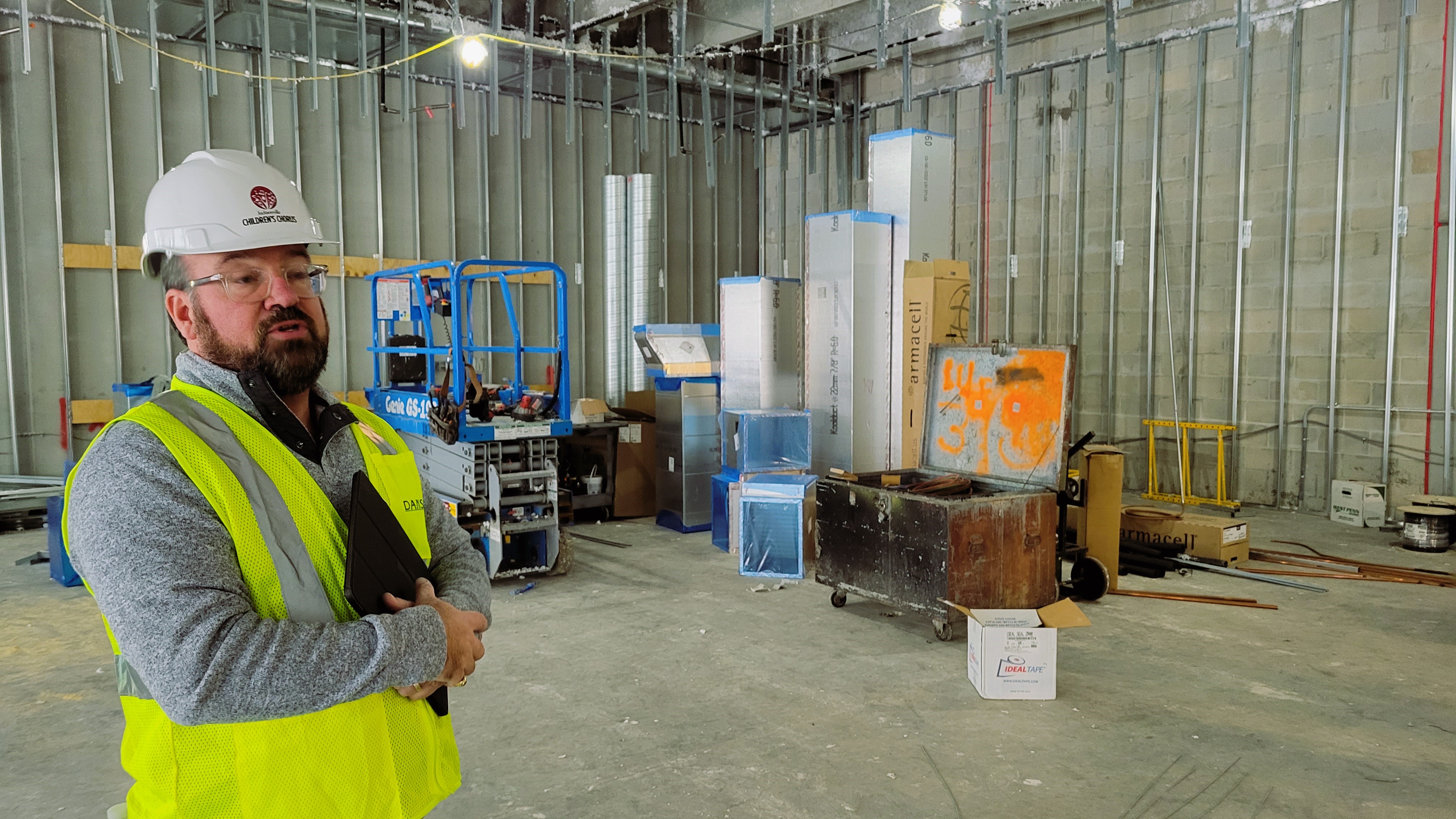 The chorus was founded in 1995 at Jacksonville University to fill a need for a children’s music program in the area, beginning with only 16 voices. In 2003, the chorus created the annual First Coast Honors Choir Festival, a daylong event for fourth through sixth grade students. Dailey was named the artistic and executive director in 2006.

The program has expanded its choir programs and developed self-produced concerts including the annual Martin Luther King, Jr. “Lift Ev’ry Voice and Sing” event, Cool Side of Yuletide holiday concert and events featuring guest artists such as Amy Grant and Kristin Chenoweth. Chorus members have performed in concerts in Italy and elsewhere in Europe as well, with more than 350 singers participating in five choirs.

Dailey was appointed as president and artistic director in 2016. And in 2020, the chorus moved to shared space with The Florida Ballet in Arlington, after working out of a building next to Downtown’s St. John’s Cathedral.

Dailey said he thanks those “wonderful hosts” who have allowed the children’s chorus to practice and perform in over the past years. But they never had a true home until now. 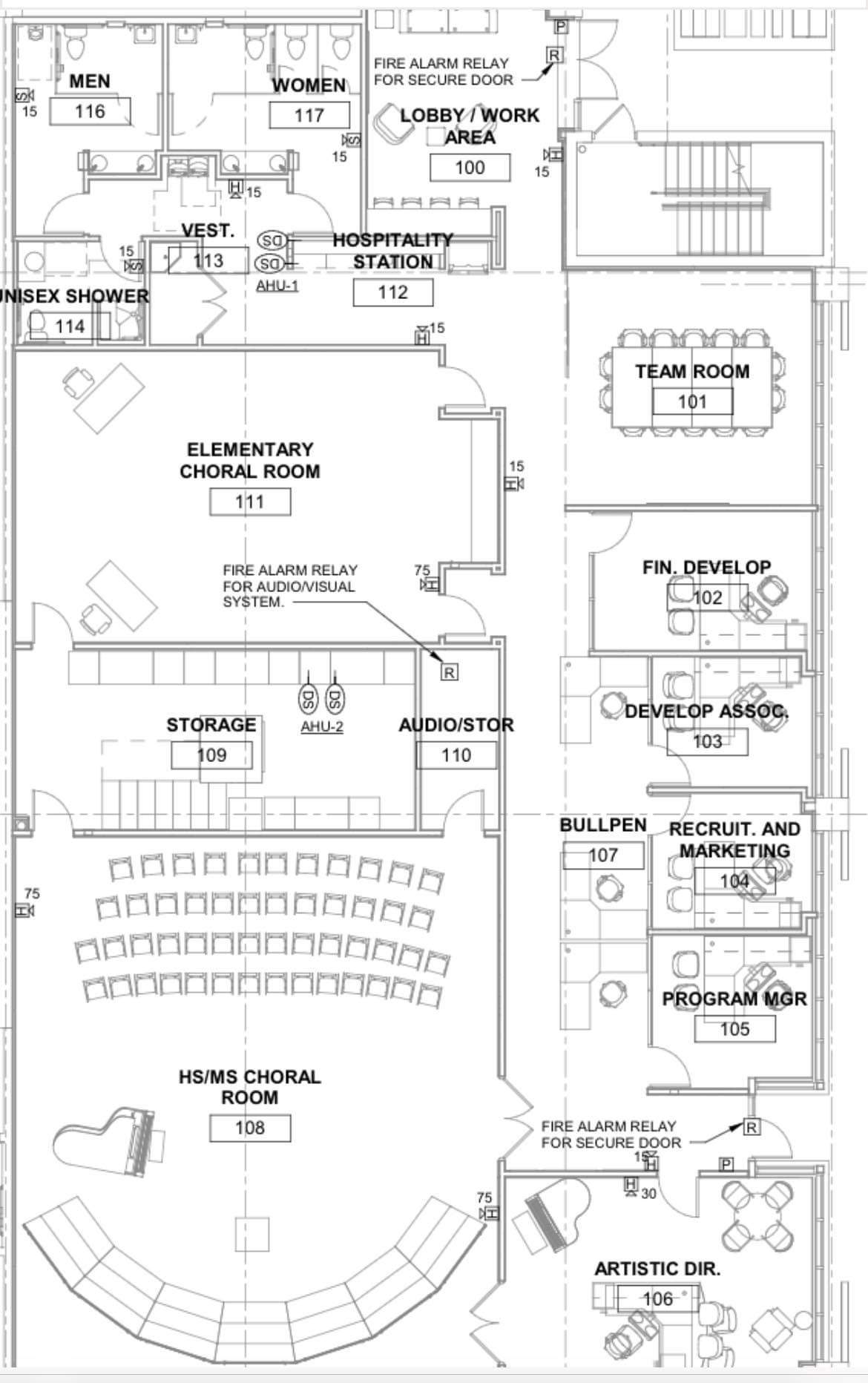 “That’s what this is all about,” he said. “This will be a home for the Jacksonville Children’s Chorus for a very, very long time.”

VyStar approached him with the possibility of moving into one of its ground floor retail spaces at its proposed parking garage at Main and Forsyth streets, saying the credit union “thinks big.”

“It’s pretty great — on-site parking for a children’s chorus in a Downtown location is unheard of,” Dailey said. “The location couldn’t get any better. Our address is officially 62 N. Main Street. I was praying for a Main Street address.”

The seven-level, 294,000-square-foot structure will have 759 parking spaces plus 14,000 square feet of retail space on the first floor. Construction began in August 2021.

The walls were bare, only metal strips atop a concrete floor when Dailey walked through his future home just before Christmas.

The lobby will also be a study space for students, with multiple bathrooms and a shower behind it. A hospitality area is behind it, with a meeting room across the hall on the Main Street side. An elementary student choral room with cameras and microphones for remote training sessions is across the hall.

Office space lines the rest of the Main Street side, across from a middle and high school practice hall that’s also set up for live performances, with theater lighting and a huge video screen, Dailey said.

“If it’s just dueling pianos, you can probably seat 80 to 100 in here,” he said. “Everything in here is flexible. We have got hardwoods they are putting down so if we have a ballroom group that wants to come in, or a Latin dance party on a Saturday night, they can use this space.” 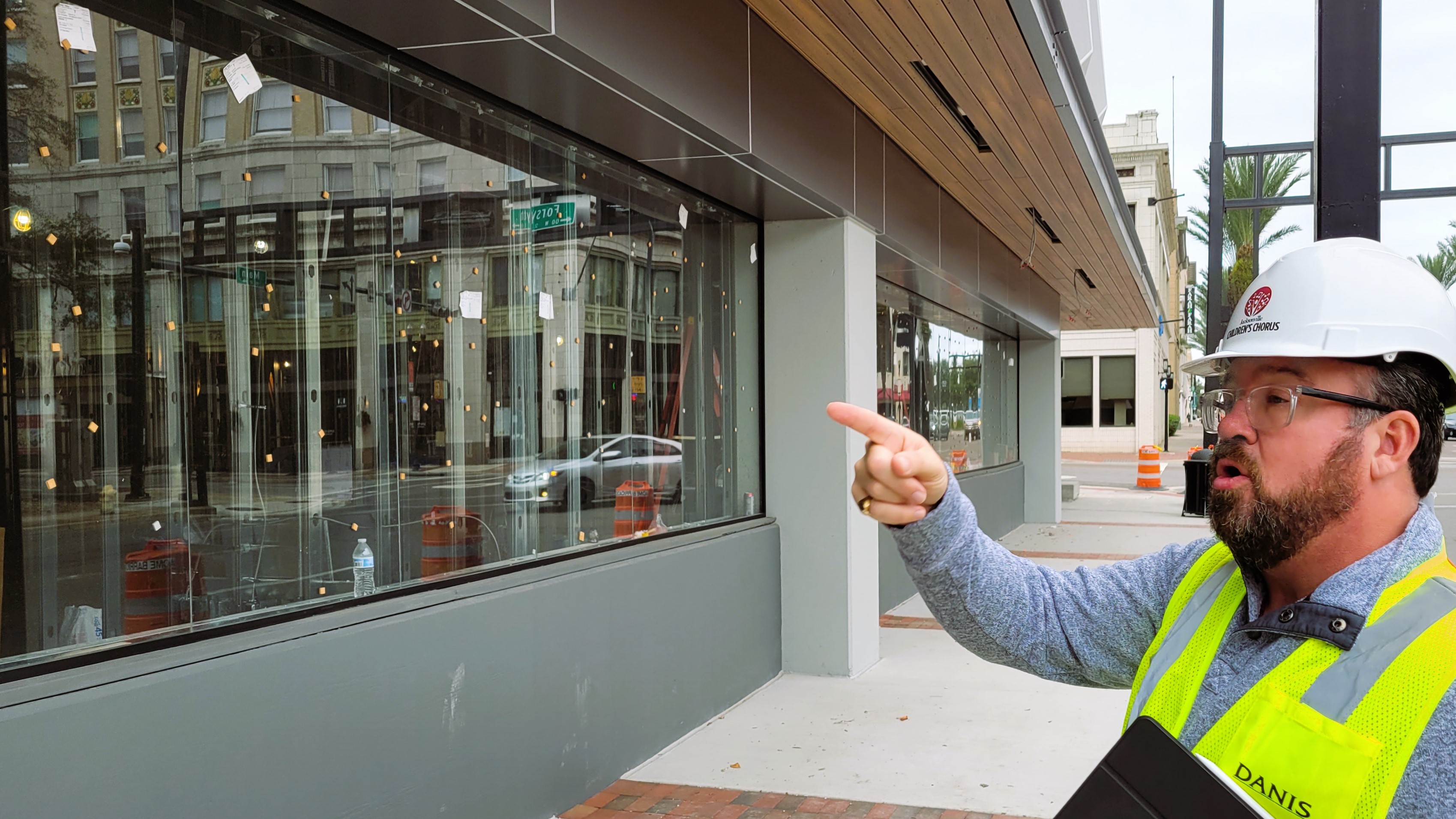 VyStar is footing the construction bill, but pianos, audio, video, furniture, signs, performance lighting and other items are coming from the estimated $450,000 the chorus is trying to raise right now, Dailey said. The original goal was to raise $300,000 to cover the costs beyond the build-out, but it has gone up, he said.

The JEA has donated for his office, so it is named after the utility. The Jacksonville Jaguars earned naming rights to the hospitality area, while an anonymous donor will get to choose the name for the lobby, Dailey said. And they are looking for a $150,000 donation for the choral room, which the donor will have named for them.

On the sidewalk on the Main Street side of the facility, Dailey points to the windows and says they plan to put vinyl images of chorus members in full song — or maybe they could be video screens showing the singers at work.

Cables hanging from holes overhead will be wired to 10 speakers, Dailey dreams that commuters stuck when the Main Street bridge goes up become a captive audience “for 10 minutes or so.”

Dailey is also speaking with Florida Theatre officials about using its grand stage a block away for its large chorus. 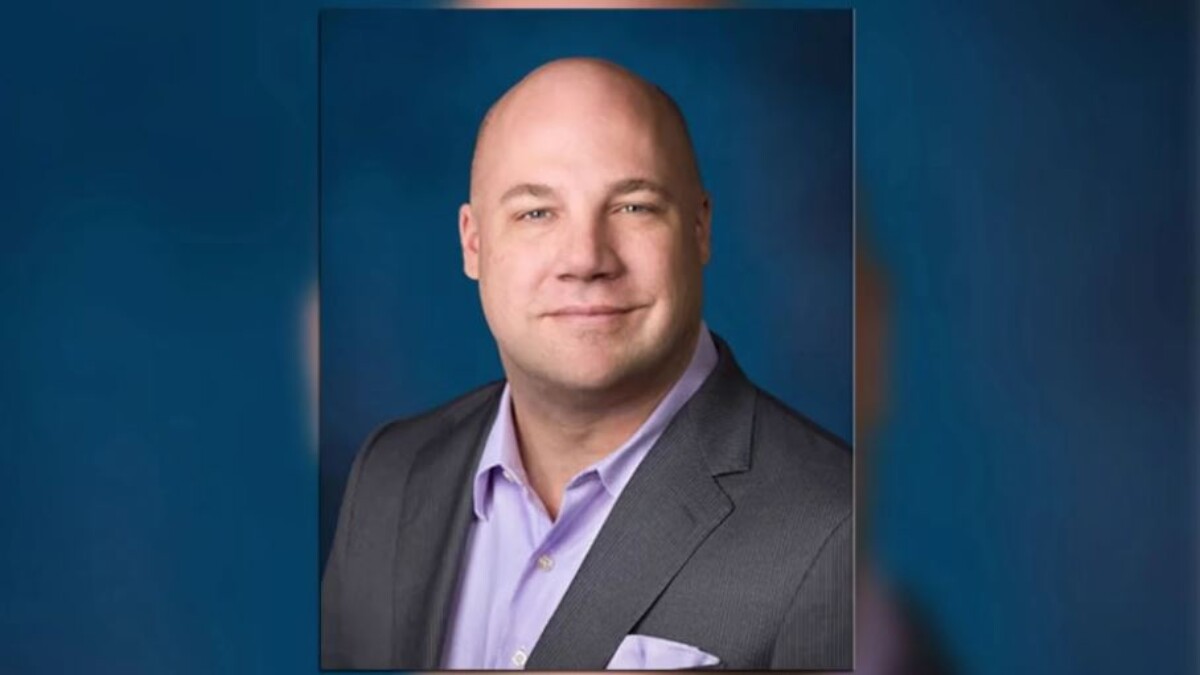 News OPINION | ‘Citizen of the year’: Notes on Kent Stermon

Warning: This essay addresses the topic of suicide. If you or someone you know is in crisis, dial 988 for the National Suicide Prevention Lifeline or visit 988lifeline.org/.  Political journalism is a game of access and scoops. And Kent Stermon, who took his own life at the age of 50 under clouded circumstances, offered both in his surprisingly brief life, ...
END_OF_DOCUMENT_TOKEN_TO_BE_REPLACED
Read More