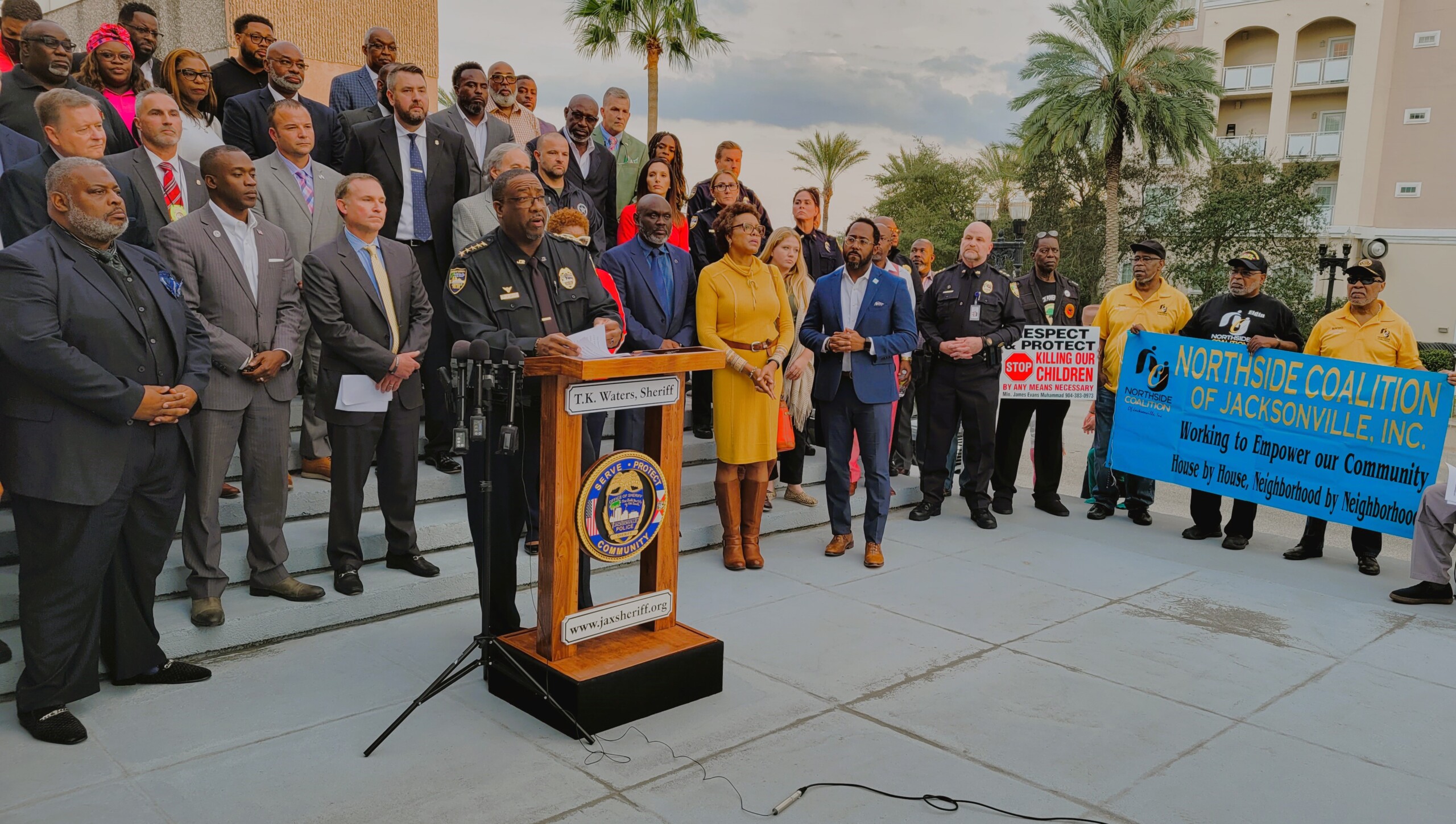 With anger in his voice, Jacksonville’s new sheriff vowed Monday evening to add more investigators on the Saturday night shooting that left a 13-year-old boy dead in the Lincoln Villas community in Northwest Jacksonville.

Calling the boy a “needless, senseless victim of gun violence that plagues our community,” Sheriff T.K. Waters said his department will not tolerate violence for one more day as he joined the mayor, City Council members, federal law enforcement and others Monday night outside the police station Downtown.

Speaking directly to whoever pulled the trigger Saturday night, Waters said his department has mobilized resources to “stop you from hurting anyone else.” That includes 420 man-hours added to its ongoing investigation, as State Attorney Melissa Nelson adds two more prosecutors.

“As we prepare for the holidays, a family in our community is preparing to bury their child,” Waters said. “While this family has suffered unimaginable loss, our entire community grieves with them. Today I stand before you with our community and faith leaders to share with you that this grief has not broken our community. To the contrary, this grief has emboldened and hardened our resolve.”

Taking the lectern, Mayor Lenny Curry said he is “furious” about the violence that has plagued this city for a long time. He said he has spoken to other parents who had to “do the unimaginable, bury their children,” and, “enough is enough.”

“We cannot let our anger fade,” Curry said. “The tragedy is but another reason that we must continue to invest in our first responders, law enforcement and public safety. Criminals cannot be allowed to get away with these acts. As Sheriff Waters said, the sheriff’s office will be mobilizing all of its resources to hold these people accountable.” 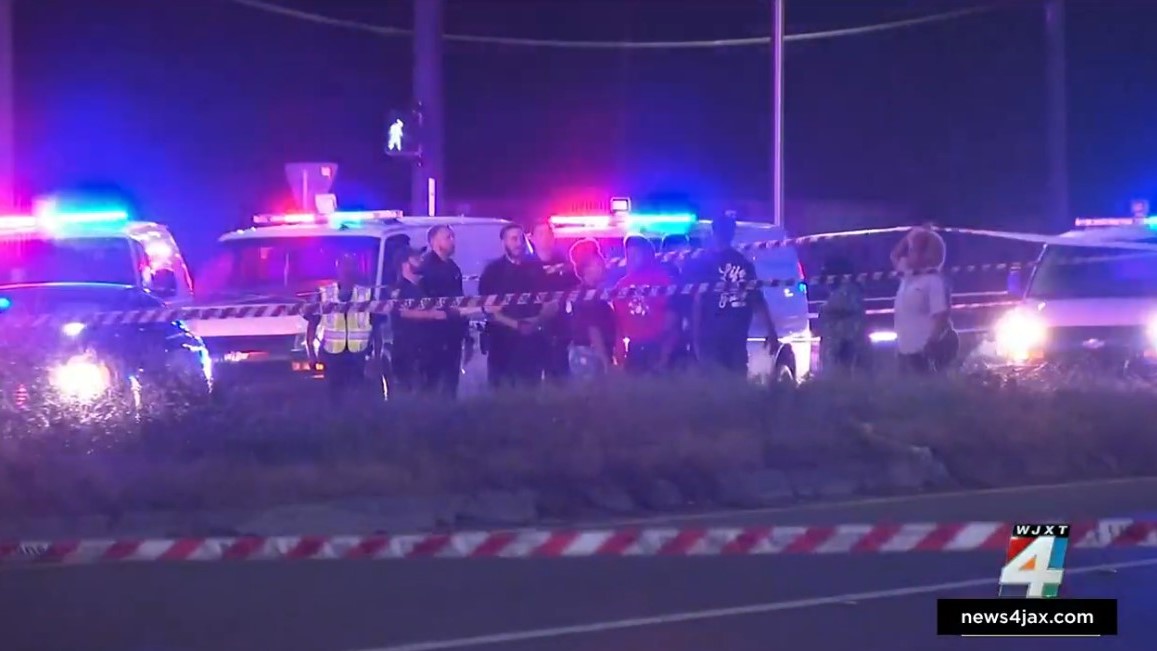 The 13-year-old teen, identified as Prince Holland by News4Jax, was heading home from football tryouts at about 6:30 p.m. when the SUV he was in was hit with a barrage of bullets, police said. An 11-year-old boy with him was injured, as was the 21-year-old driver, believed to be a coach, police said. Two other boys in the SUV, ages 14 and 15 according to News4Jax, were uninjured as bullets flew. Their vehicle was stopped at the intersection of New Kings and Moncrief roads, a mile from The Legends Center on Soutel Drive, where the victim had tried out for football.

The teen’s death was the 151st homicide this year in Jacksonville, according to The Florida Times-Union, compared to 123 at this time last year. A check of the Sheriff’s Office’s crime map for a 2-mile radius around Saturday’s fatal shooting site shows that a homicide was reported in the 7100 block of Moncrief Road West on Nov. 20. Two aggravated batteries were also reported over the past month in that area.

A frustrated Waters spoke from the investigation scene early Sunday about the recent rise in violent deaths.

“To indiscriminately drive by a vehicle and fire shots into it not knowing who’s inside the vehicle is uncalled for, unnecessary and I ask the community this: Can we please stand together?,” he said then.

Standing with dozens of community leaders on Monday night, Waters urged the community to reject the subculture that glorifies violence. He asked that community to work with the law enforcement and faith community to end the cycle of violence as he and the mayor offered their condolences to the boy’s family.

“The loss of one life io one life too many,” Waters said. “Jacksonville is not defined by this violence. It is defined by the community that, in memory of this beloved child, will not be silent and not rest until justice has been served.”

To that end, First Coast Crime Stoppers announced a reward of $9,000 for an anonymous tip that leads to an arrest, Executive Director Wyllie Hodges said.

Community groups speak out over death

MAD DADS (Men Against Destruction, Defending Against Drugs and Social disorder) canvasses neighborhoods where homicide occur to get people to pass on tips to police. Its members were at Monday’s event. In Facebook posts over the weekend, the group asked anyone with information to “get the person(s) who shot in a car” off the street.

Ben Frazier was also there Monday night with members of his Northside Coalition of Jacksonville. He wrote earlier that the community needs to have “zero tolerance of any incidents that threaten the lives of our children because they are our most precious resource.”He also also asked people to tell police who did the shooting.

“We must interrupt the norm of gun violence in our city and make clear that we will not allow it to continue,” he said in his Sunday statement. “This is a tragic and heinous crime and the perpetrators must be brought to Justice. These culprits must be identified arrested and adjudicated. We will not allow them to run rampant in our neighborhoods.”

Police dealt with three other deadly shootings over the weekend in Jacksonville.

Just after noon on Sunday in the 2000 block of Doctor Roy Baker Street, officers found a man inside of an apartment suffering from apparent gunshot wounds, who was declared dead at the scene by the Jacksonville Fire and Rescue Department.

Police also responded at 6:30 p.m. Sunday to the 1300 block of Wigmore Street in reference to a person shot, finding a man in his mid-60s with a gunshot wound. Firefighters declared the man dead at the scene, police said.

And at about 6 p.m. on Friday, officers went to the 7000 block of Jana Lane North after a gunshot victim was reported, again finding an injured man inside, police said. The man, also unidentified, was pronounced dead at a hospital, police said. 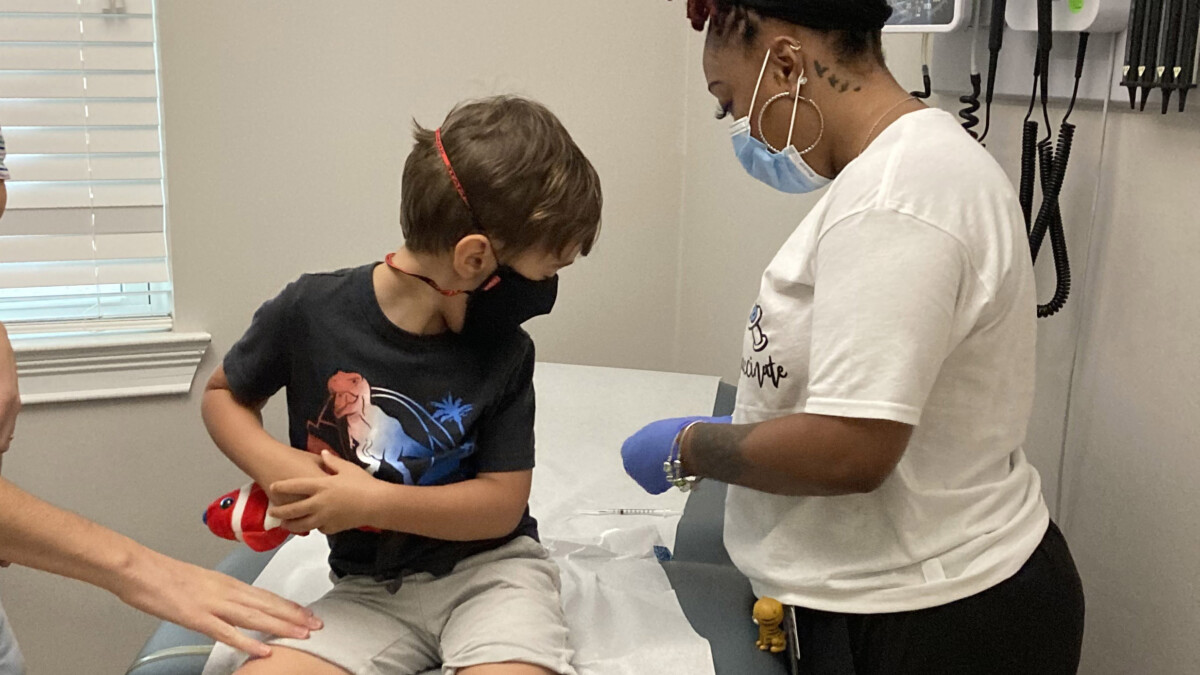 By Ryan Dailey - News Service of Florida and Raymon Troncoso

Last school year marked a more than 10-year low for Florida’s kindergarten and seventh-grade students completing all doses of required immunizations, according to a recent report from the state Department of Health. About 91.7% of kindergarten students in public and private schools statewide completed the immunizations required to enter school during the 2021-2022 year, the September report showed. That rate ...
END_OF_DOCUMENT_TOKEN_TO_BE_REPLACED
Read More