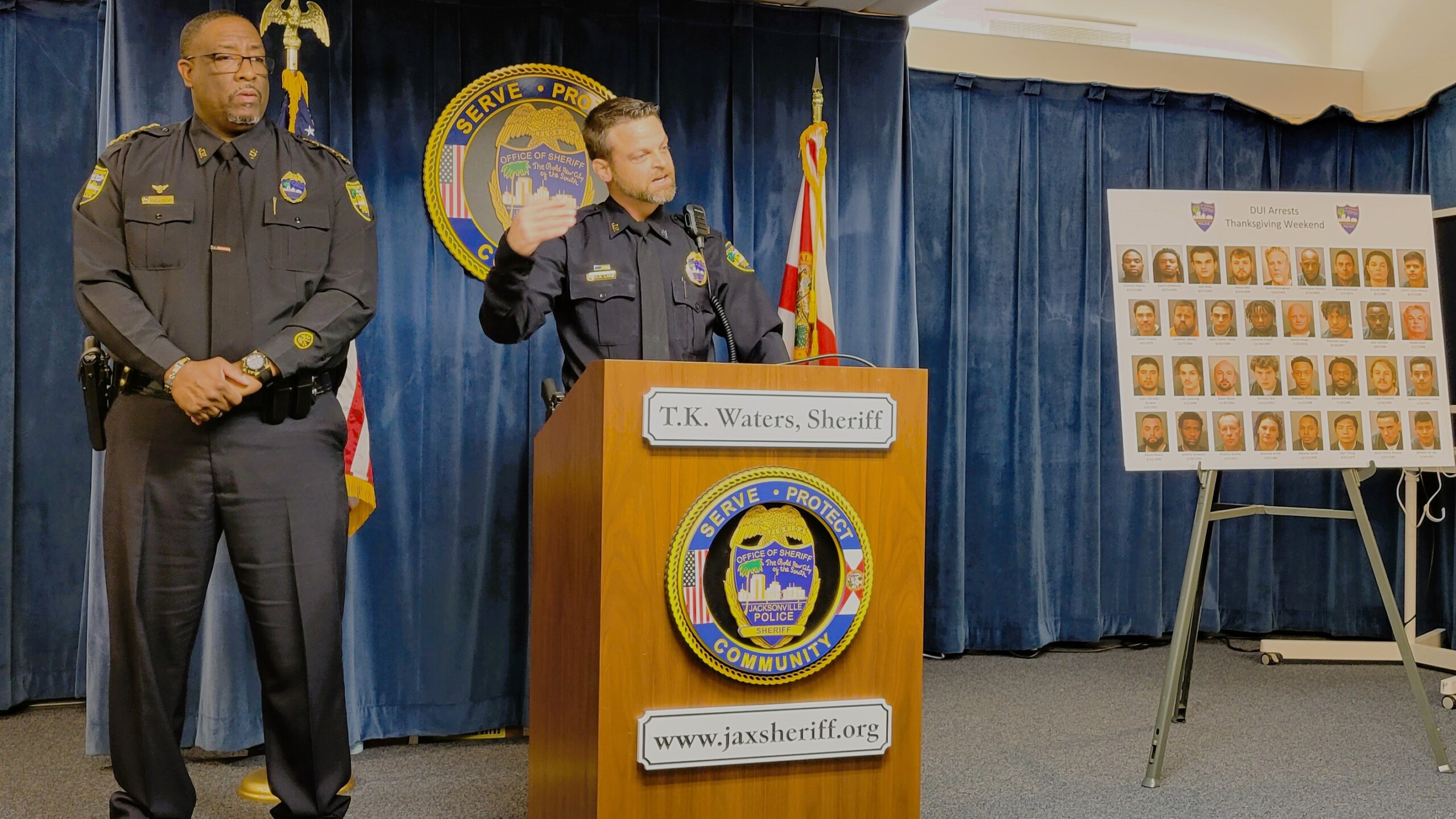 Police on the hunt for drunken holiday drivers

Be forewarned: Police plan an aggressive campaign to target and stop impaired drivers over the Christmas holiday.

Sheriff T.K. Waters said traffic crashes are one of the leading causes of unnatural death. Many are “completely avoidable,” he said.

“Driving under the influence of alcohol or drugs is illegal and significantly increases the risk to every citizen on our roadways,” Waters said. “Your Jacksonville Sheriff’s Office will have a renewed focus on impaired driving in our county. We also have a heavy focus on aggressive driving, street racing and roadway takeovers, and any other violation that endangers our community on its roadways.”

Officers will be out in force during the Christmas holidays as part of the national Drive Sober or Get Pulled Over campaign starting Dec. 14. They will use daily traffic crash and other data to target where to patrol, Lt. Ken Lamb said.

“They use our data that shows where we have these frequent arrests that are occurring as well as high traffic fatalities that occur around the city,” he said. “They go and they patrol those areas for offenders who may be driving impaired.”

As of Friday, police recorded 158 traffic homicides in Jacksonville, 36 fewer than at the same time last year, which reached 207 by year’s end. Fifty of the victims in 2021 were pedestrians, and 47 died in motorcycle crashes, Sheriff’s Office statistics show.

The 2021 total was slightly higher than in 2020, when 205 people died in traffic crashes, 50 of them pedestrians and 26 in motorcycle incidents, police said.

This year’s latest traffic death was reported late Thursday, when an elderly man died after being hit by a car as he tried to cross Merrill Road at Arlex Drive at 9:15 p.m., police said. The driver did not see the victim crossing the road and hit him but stayed on the scene. Police said the victim did not use a crosswalk.

Another death occurred Tuesday morning in the Maxwell House warehouse parking lot. A man died after he was stuck between a truck and trailer as the driver backed up, police said.

Before those deaths, officers had spread out around Jacksonville between Thanksgiving and the following Sunday, seeking out impaired drivers. The result was 33 arrests for driving under the influence.

The oldest suspect was 64, the youngest 18. All but two were men, police said.

“Underscoring the importance of these proactive DUI arrests is the stark reality that nearly half of our traffic fatalities involved some level of impairment with regards to the driver,” Lamb said.

With traffic fatalities lower than last year so far, Lamb credits police officers’ efforts to find impaired drivers. But he also credited other motorists and citizens who report erratic drivers and those who appear to be impaired.

“We implore our Jacksonville community to be safe and responsible,” Lamb said, asking anyone who drinks to use a designated driver to get home.

The Drive Sober or Get Pulled Over campaign runs through New Years Day.

From the day Southeastern Grocers Inc. emerged out of Chapter 11 bankruptcy in 2018, a sale of the Jacksonville-based supermarket company seemed inevitable. The operator of the Winn-Dixie, Harveys and Fresco y Más chains has been owned by a group of investment funds, which received stock in exchange for unsecured debt in the bankruptcy reorganization. Those firms led by Fidelity ...
END_OF_DOCUMENT_TOKEN_TO_BE_REPLACED
Read More