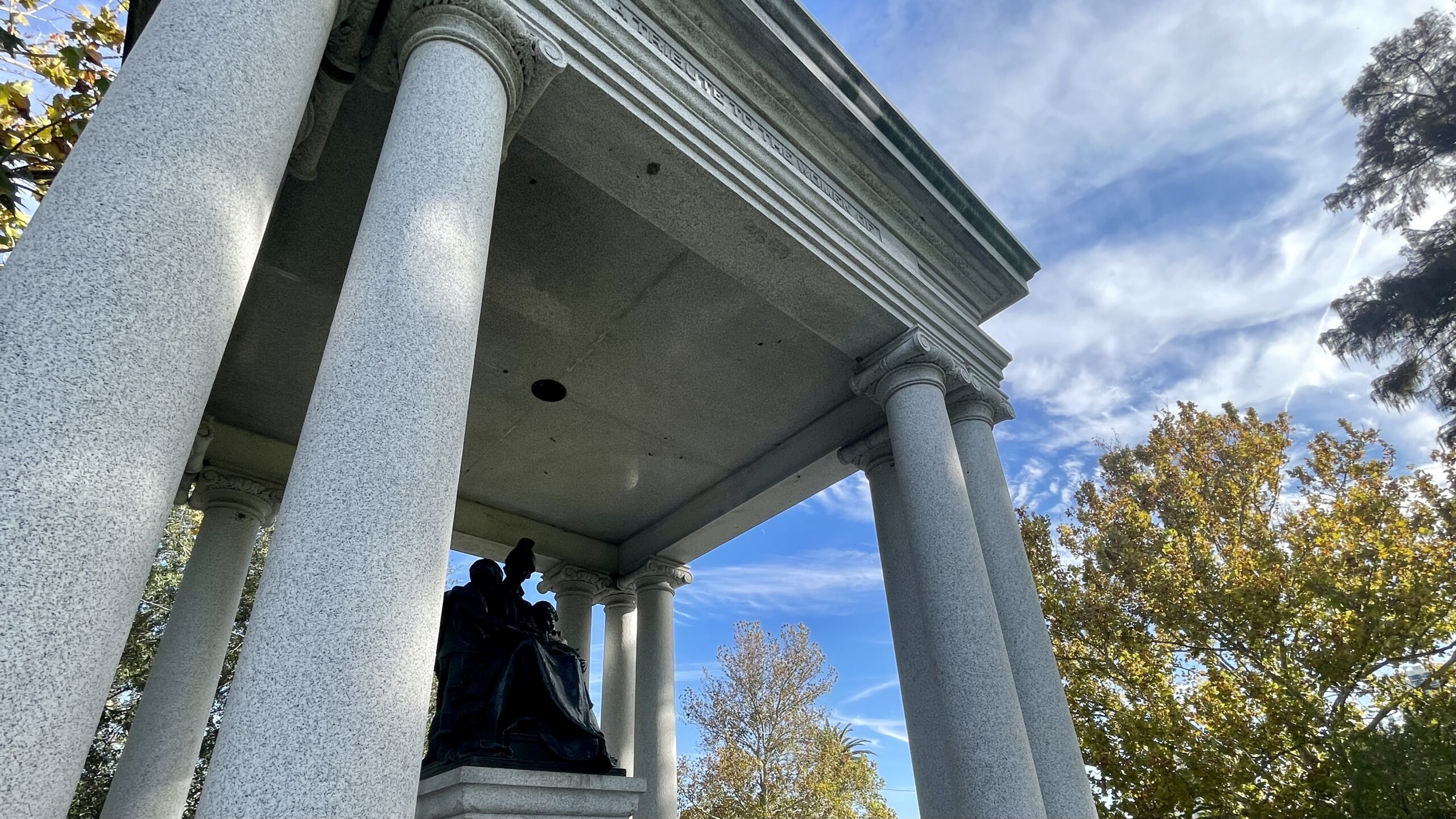 Over the past year, the Council has voted down a $1.3 million removal funding plan from Mayor Curry; voted against putting the issue to voters; shot down a $500,000 removal funding plan; failed to follow its own strategic plan to address Confederate monuments by July; and idled on an offer from the Jessie Ball duPont Fund to hire outside facilitators to help the city determine the future of the Confederate monuments on public lands.

The city’s lack of action comes after Curry’s ceremonious promise more than two and half years ago to remove the monuments, and the Council’s stated plan for the president to nominate a five-person committee to facilitate community discussions on Confederate monuments.

Council President Terrance Freeman did not respond to multiple requests for comment from Jacksonville Today. When reached by phone, his assistant said she had no knowledge of any such committee.

Wells Todd, who has been advocating for Confederate monument removal for more than five years with the group Take ‘Em Down Jax, called the inaction “yet another stall tactic to avoid taking responsibility for the removal of these relics of racism in our city.”

The issue came to the forefront of public scrutiny again this week when a far-right group flew a plane with a Confederate flag and the phrase “Put monuments back” above TIAA Bank Field before Sunday’s Jaguars game  — a move that Gov. Ron DeSantis dismissed as the work of “some jabroni that nobody cares about” in response to a question from Jacksonville Today during a press conference in Jacksonville on Tuesday.

The Northside Coalition of Jacksonville, which has also been organizing for years to remove Confederate monuments, says the plane demonstrates the need for immediate action. “The white racist sign in the sky is just another stunning example of why we must act quickly to remove the Confederate monuments. We need truth and unity to guide us past racial hatred and painful memories of the city’s history,” the organization wrote in an emailed statement.

Unlike when anti-Semitic messages were projected onto the stadium last month, most Jacksonville City Council members haven’t spoken out publicly against Sunday’s Confederate flag banner.

Terrance Freeman, LeAnna Cumber, Randy DeFoor, Nick Howland, Rory Diamond and Ron Salem posted condemnations of anti-Semitism on Twitter following an October display at the Jaguars game. None of them have posted about the Confederate display this week, and all are among the 13 Council members who voted against allocating $500,000 toward Confederate monument removal in May.

June 2020: Amid nationwide racial justice protests, Mayor Lenny Curry orders the overnight removal of the Confederate statue in what’s now James Weldon Johnson Park and says “the others in this city will be removed as well.”

September 2021: Community members rally at City Hall calling for the removal of the Women of the Confederacy monument in Springfield Park, and demanding Curry follow through on his year-old commitment.

October 2021: Under public pressure, Mayor Lenny Curry introduces a bill appropriating $1.3 million from the city’s general fund to remove the Women of the Confederacy monument. Because Curry proposes the funds as a budget amendment instead of during his annual budget proposal, the funding needs a higher majority – a two-thirds Council vote – to pass.

November 2021: City Council votes 12-6 to withdraw the mayor’s plan from consideration. If the bill had gone to a vote and failed, no one could re-submit a similar proposal for another year under the city charter.

January 2022: City Council approves a strategic plan stating the Council will “facilitate a community conversation to develop a roadmap and funding plan to be completed by July 2022 for removal, relocation, remaining, or renaming of all Confederate monuments on city property.” This did not happen.

May 10, 2022: Councilman Aaron Bowman presents the Finance Committee’s recommendation for how the Council can meet its strategic plan goal: the next Council president shall nominate a five-member committee “by the end of the year” to facilitate community conversations about the future of Confederate monuments on public lands. This hasn’t happened.

May 24, 2022: Council votes 7-12 against a bill filed by Councilman Al Ferraro that would put a referendum on the November ballot asking voters, “Shall the City of Jacksonville remove historic monuments and markers, defined as fixed assets that are identifiable because of particular historic, national, local, or symbolic significance, on City-owned property?” Opponents of the bill say the language is too broad because it does not address Confederate monuments specifically.

June 2022: Council votes 6-13 against a bill filed by Councilman Matt Carlucci asking for $500,000 for Confederate monument removal and asking the city to consider alternate, outside funding for the remainder of the cost.

September 2022: After Carlucci’s bill fails, Mayor Curry proposes $500,000 for Confederate monument removal in his annual budget. Council members change the description of the allocation to “Confederate Monument Removal, Relocation, Remaining, or Renaming Determined by the Council” and unanimously approved the money as part of the city’s Capital Improvement Plan. According to city officials, no portion of that $500,000 has been spent to date.

Advocates for Confederate monument removal say the monuments just need to come down, and there is no need for continued debate. Councilman Matt Carlucci  — along with Reggie Gaffney, one of two Republicans to vote for monument removal — told Jacksonville Today on Monday, “Right now, I think the time for talk is over and the time for action is way overdue.”

And the Jessie Ball duPont Fund’s offer still stands to bring in outside facilitators for public dialogue about removal. “The Jessie Ball duPont Fund is ready to fund the Institute of Engagement and Negotiation from the University of Virginia to facilitate a community conversation to inform the city’s decision-making process around Jacksonville’s Confederate statues,” president Mari Kuraishi said in an email to Jacksonville Today this week. “We are not the lead on this issue, and are waiting to hear from either the Jacksonville City Council or the Jacksonville Civic Council, (a group of business leaders,) about how these conversations might be moved forward.”

UVA Institute for Engagement and Negotiation fellow Franklin Dukes met with Council members earlier this year. He tells Jacksonville Today he hasn’t heard from anyone with the city for months. He believes a facilitated conversation could help answer a whole slew of questions — beyond just removing a single monument.

“Where’s it gonna go? What’s going to replace it? What do you say about the history of that statue? How do you educate about this history? What do people want the story of the community to be? Do they want it to be something that is kept a secret, do they want it to be widely shared?” Dukes says. “So, there often are other conversations that we can have beyond the simple question of, are we taking this down or are we leaving it up?”

In response to questions about the status of the $500,000 in the city budget, the Curry administration says, “Our understanding is that the Council is currently reviewing its plans for this project and has commenced initial steps to determine the path forward.”

Jacksonville Today’s Will Brown contributed to this report. 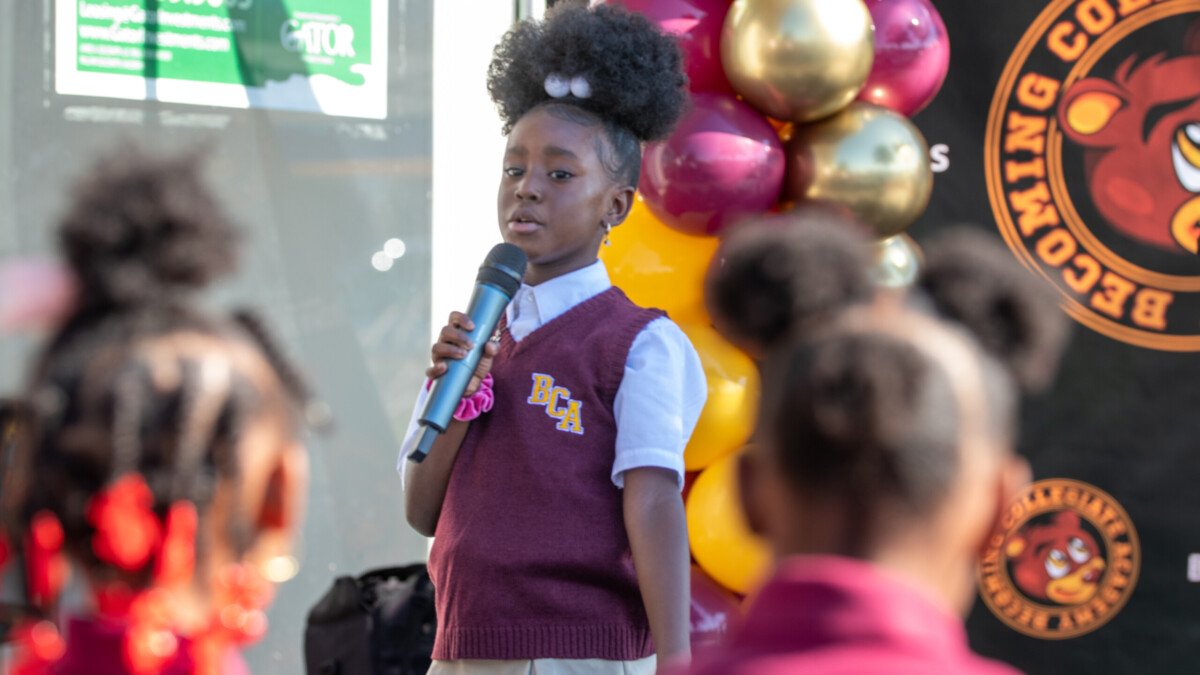 Mikynzi Alexander spoke with confidence as she recited Useni Eugene Perkins’ poem “Hey, Black Child” at her school’s ribbon-cutting last month.  Mikynzi is a first-grader at Becoming Collegiate Academy, where she learned the poem this fall, concluding with the lines:  Learn what you must learn Do what you can do And tomorrow your nation will be what you want it ...
END_OF_DOCUMENT_TOKEN_TO_BE_REPLACED
Read More