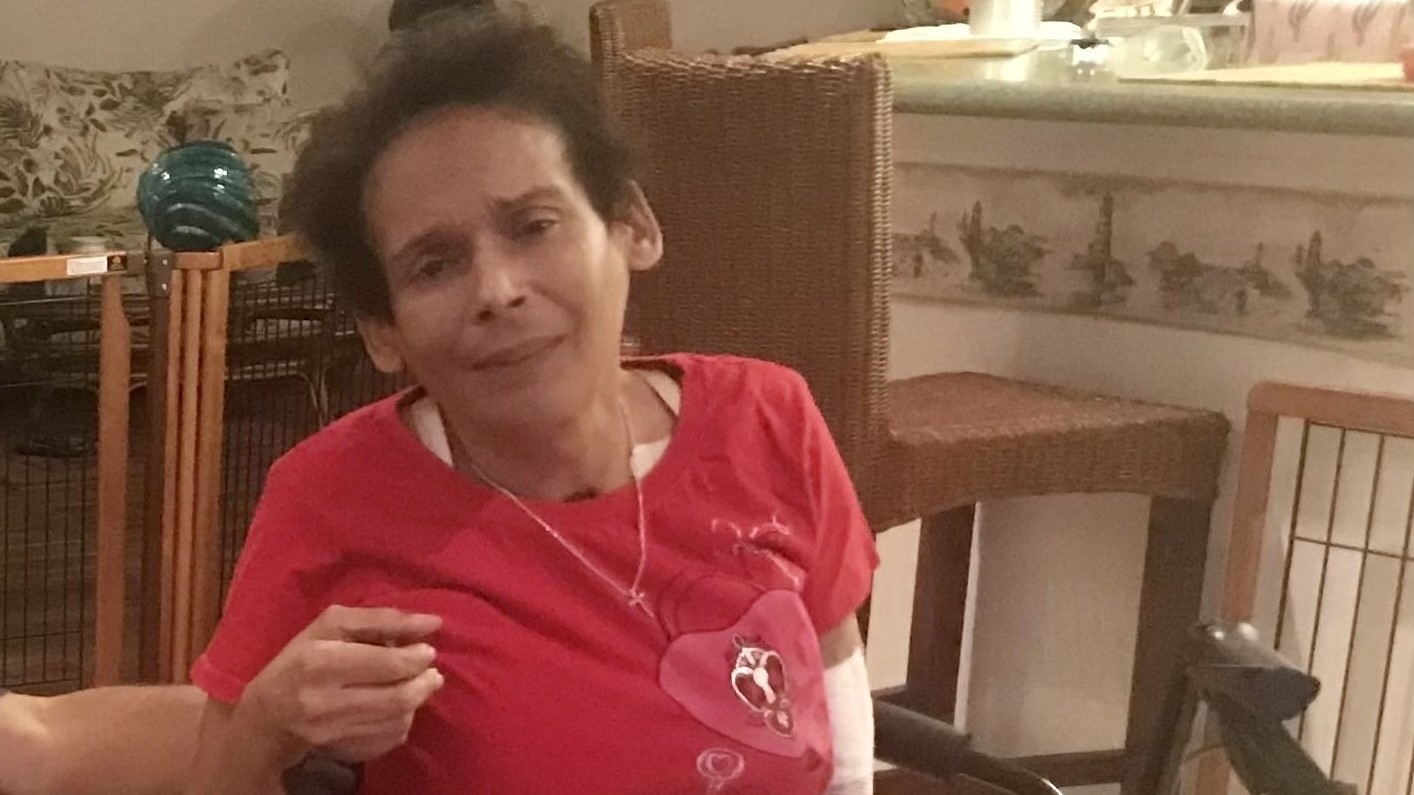 Julia “Jenny” Perez, 54, of St. Augustine, is shown after a motorcycle crash in April 2019 with a St. Johns County Sheriff's Office deputy. The deputy was found to be at fault.

Julia “Jenny” Perez says her life was destroyed by a sheriff’s deputy who slammed his cruiser into her motorcycle and was found to be at fault. Her lawsuit has languished in the courts for years.

Now, a desperate Perez — unable to work, homeless and in need of continuing medical care — is trying a new approach to seek the accountability and compensation she believes she deserves.

“My body is broken, and I don’t have the money to take care of my body,” Perez, of St. Augustine, said in an interview from her apartment just before she was evicted.

Perez, 54, sued the St. Johns County Sheriff’s Office in a case that’s been dragging along since March 2020, but now she is looking beyond the courts for help. In Florida’s upcoming 2023 legislative session in Tallahassee, Republican Sen. Jennifer Bradley from Orange Park is sponsoring a relief bill that could award Perez up to $15 million if it passes.

Perez was driving her Heritage Classic Harley Davidson in April 2019 with her then-fiancé, Thomas Eiland, who was on his own bike, in St. Augustine when a St. Johns County sheriff’s deputy, Brandon Hetzler, hit Perez and Eiland. Both were wearing helmets.

Hetzler was answering a call but did not have his lights or sirens on, and Perez and Eiland had the right of way, according to the Florida Highway Patrol crash report. Hired in June 2018, Hetzler had less than a year on the job at the time of the crash. 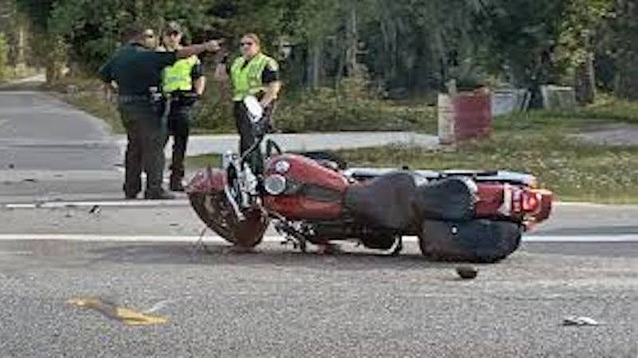 Her case is one of 14 so-called relief bills proposed in the upcoming legislative session. Two other bills also involve cases of law enforcement officers being held responsible for injuries and deaths in other cities in Florida.

The odds are against Perez. Lawmakers rarely approve such relief bills each year, which also must be signed by the governor. In the last five years, only 15 of at least 123 such bills have passed.

The $15 million claim is an amount Perez and her lawyers identified, hoping they can persuade the Sheriff’s Office to settle her lawsuit, said Lance Block, one of her lawyers. Even if the lawsuit were settled, the bill still has to pass through the Legislature because of legal limits on the size of court judgments against government agencies in Florida.

The $15 million would come from St. Johns County public funds. The county’s budget is $1.55 billion.

A civil trial has been tentatively set for December 2023.

Unable to work due to her injuries, relying solely on Social Security, evicted from her apartment and living on the streets, she needs money to fund her care and recovery, Block said. Without a home, Perez is living in her car with her mother, hoping to obtain a loan to help her afford a new home.

According to the proposed bill, Perez has spent over $3.8 million on medical expenses so far and is looking at additional costs of up to $4 million over the next 30 years.

The deputy’s injuries were not life-threatening. Perez began to rapidly lose blood — almost dying there on the street, according to the summary of claims provided by Block. She arrived at the hospital with bones and organs crushed and spent three months in a coma on a ventilator.

She said she experiences constant pain and suffers from limited range of motion in her limbs. She is on and off dialysis as she waits for a kidney donor.

Perez relearned routine daily tasks — like brushing her teeth, doing her hair, putting on clothes — to account for the new constant pain in her life.

She said she wonders every day when she will ever be able to do anything normal again. Her once vibrant life of dancing, rock climbing and zip-lining has been replaced with doctor visits and dozens of surgeries.

“My life was totally different. I don’t even remember how it was before,” Perez said. “I see old videos and think, ‘Wow I loved myself before.’” 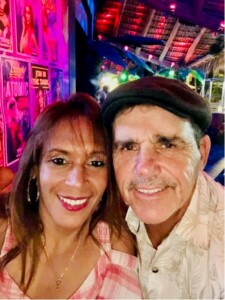 Julia “Jenny” Perez is shown in an undated photograph with her fiance, Thomas Eiland.

After the accident, the Sheriff’s Office conducted an internal review and found Hetzler at fault. He lost his driving privileges and attended remedial driving training, according to the review board’s report. He still is an active officer.

The highway patrol cited Hetzler in the crash for failing to yield the right of way to the motorcyclists when he made a left turn. He was convicted in August 2020 by a judge who withheld points against Hetzler’s license and fined him $666.

Hetzler was not authorized by the Sheriff’s Office to discuss the accident, a spokesman said.

“It’s just been games,” Block said. “They have no respect for someone who has been truly catastrophically injured.”

Perez said she contemplated suicide but leans on a support system of friends, family and lawyers who are helping her through. But her greatest support of all was Eiland, her boyfriend.

“He fought to keep me alive,” Perez said, holding back tears. “He was there for everything.”

When she was in a coma, his voice was the only one she heard. She said she remembers him talking about a trip they had planned and willing her to wake up.

“Don’t give up,” Eiland told Perez. “We have to get married.”

He took Perez to doctors’ appointments and cared for her up until his last day. In January 2021, Eiland died from COVID-19.

“We loved each other very much,” she said. “We always did anything to make the other one feel the best.”

The yearslong saga has left Perez with surgical and emotional scars and a cane as a permanent accessory.

“When will I ever be able to do anything normal again?” she wondered.

This story was produced by Fresh Take Florida, a news service of the University of Florida College of Journalism and Communications. The reporter can be reached at ebarrera@freshtakeflorida.com. You can donate to support the students here. 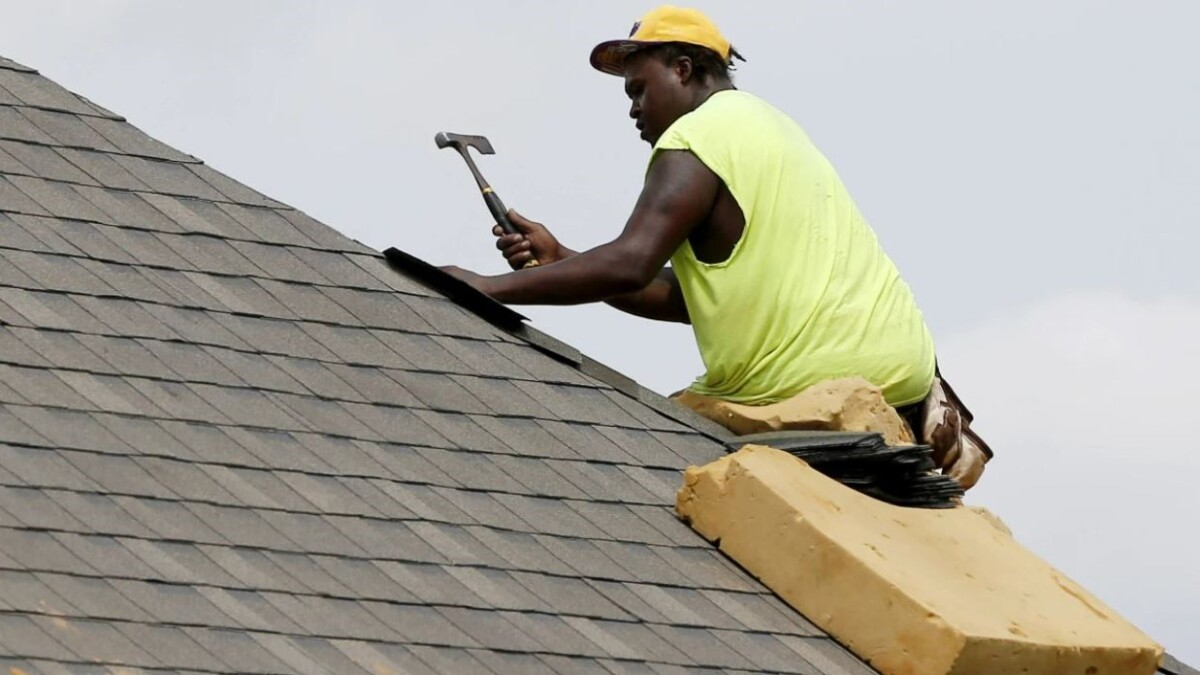 The Clay County Board of County Commissioners unanimously approved an incentives award this week for Project Gator — a proposal for IKO Industries to develop a $219 million manufacturing complex off U.S. 301. Crawford Powell, president of the Clay County Economic Development Corp., told the board the capital investment is expected to be $225 million for the first phase and ...
END_OF_DOCUMENT_TOKEN_TO_BE_REPLACED
Read More