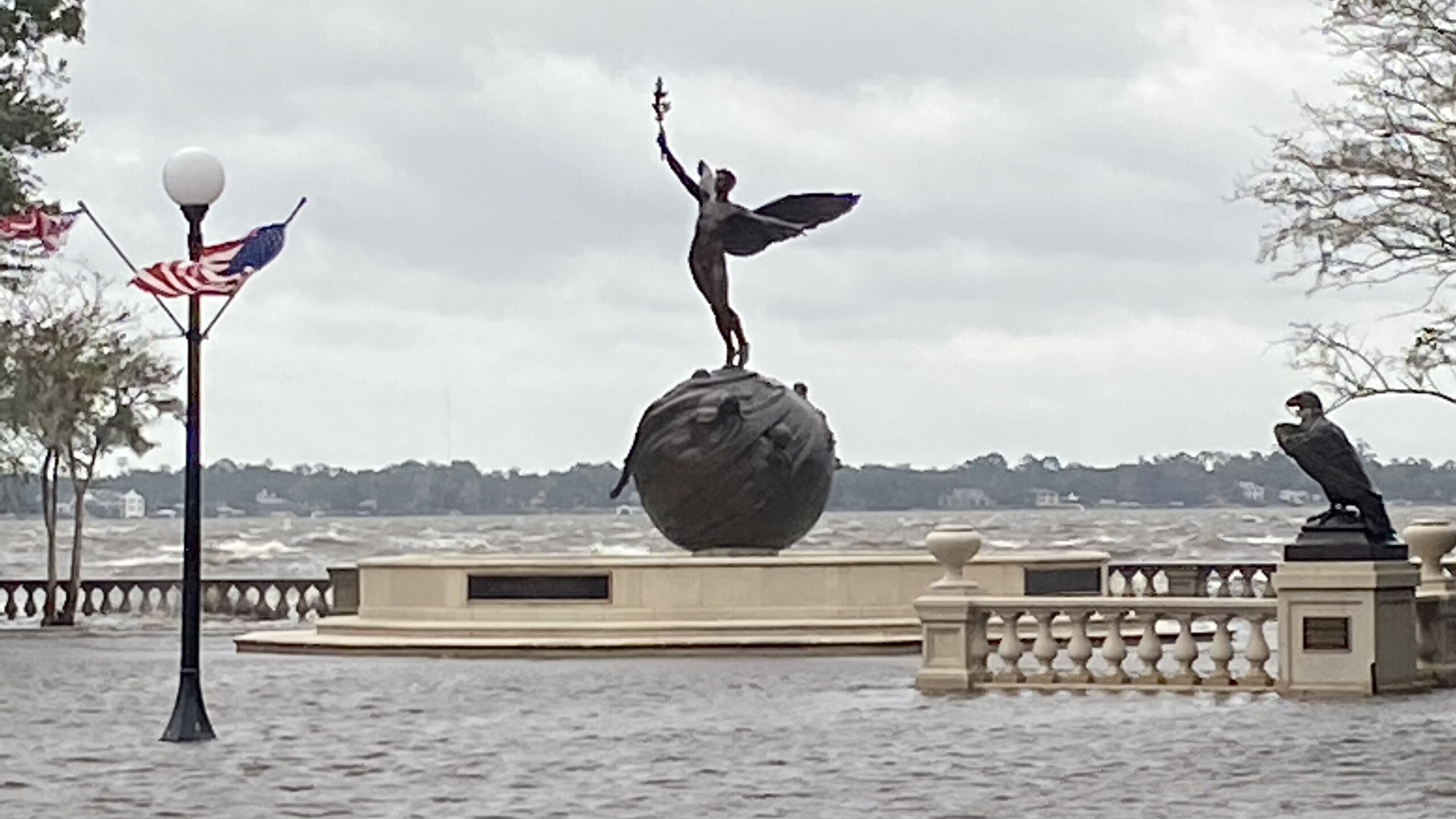 Hurricane Nicole made landfall about 3 a.m. Thursday near Vero Beach and quickly weakened to a tropical storm, but Northeast Florida was in for a day of rain, wind and rising water.

Tropical storm conditions were forecast along Florida’s east coast, Georgia an South Carolina as the rare November storm crossed the peninsula and then turned northeast on Friday.

As of Thursday afternoon: 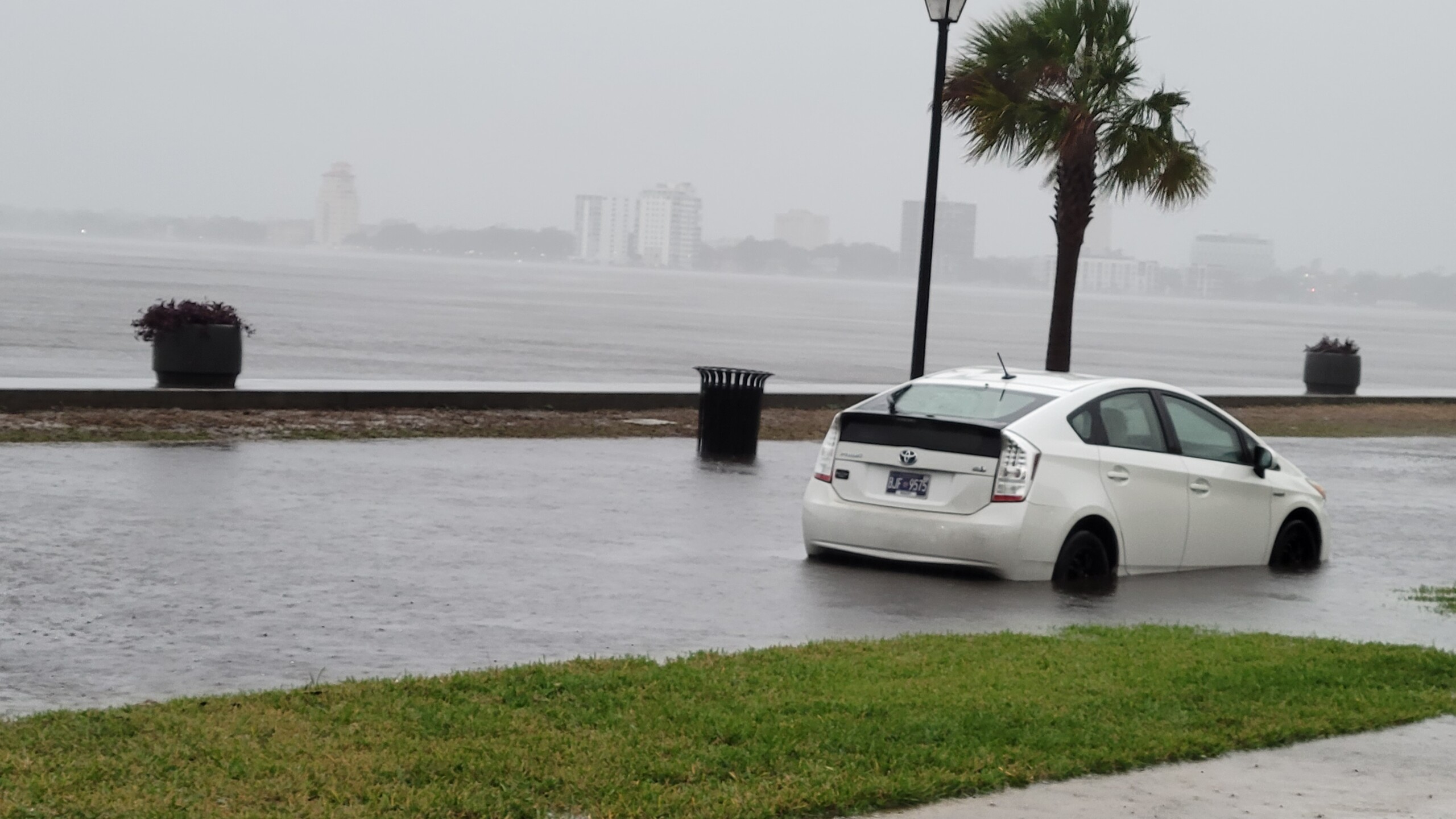 Nicole was 95 miles southeast of Tallahassee at 4 p.m., moving northwest at 15 mph with decreased winds of 45 mph. A tropical storm warning remained in effect in Northeast Florida, with Nicole’s winds stretching 175 miles from the center.

Dangerous storm surge was expected on both coasts, with large and damaging waves in Northeast Florida, the National Hurricane Center said. The worst was expected during high tide in the late morning.

“The combination of a dangerous storm surge and the tide will cause normally dry areas near the coast to be flooded by rising waters moving inland from the shoreline,” the hurricane center said.

A storm surge of 2 to 4 feet was forecast for the St. Johns river south of the Fuller Warren Bridge and 3 to 5 feet along the coast. Winds of 39 mph, with stronger gusts, were predicted in Jacksonville throughout the day.

Floodwaters spilled into yards off Newcastle Creek in Arlington

“Damage from Hurricane Nicole is already present, especially along the east coast of Florida,” said meteorologist Justin Ballard of the Florida Public Radio Emergency Network. “This area has been subjugated to onshore flow for several days, leading to many reports of coastal erosion, damage to structures along the coast, and inundation along busy coastal roads.

“Nicole will gradually weaken through Thursday, but the wind field associated with Nicole remains quite large,” Ballard wrote. “This will result in tropical-storm-force winds across much of the state Thursday, as well as continued storm surge along both the east coast and Nature Coast along the Gulf of Mexico. 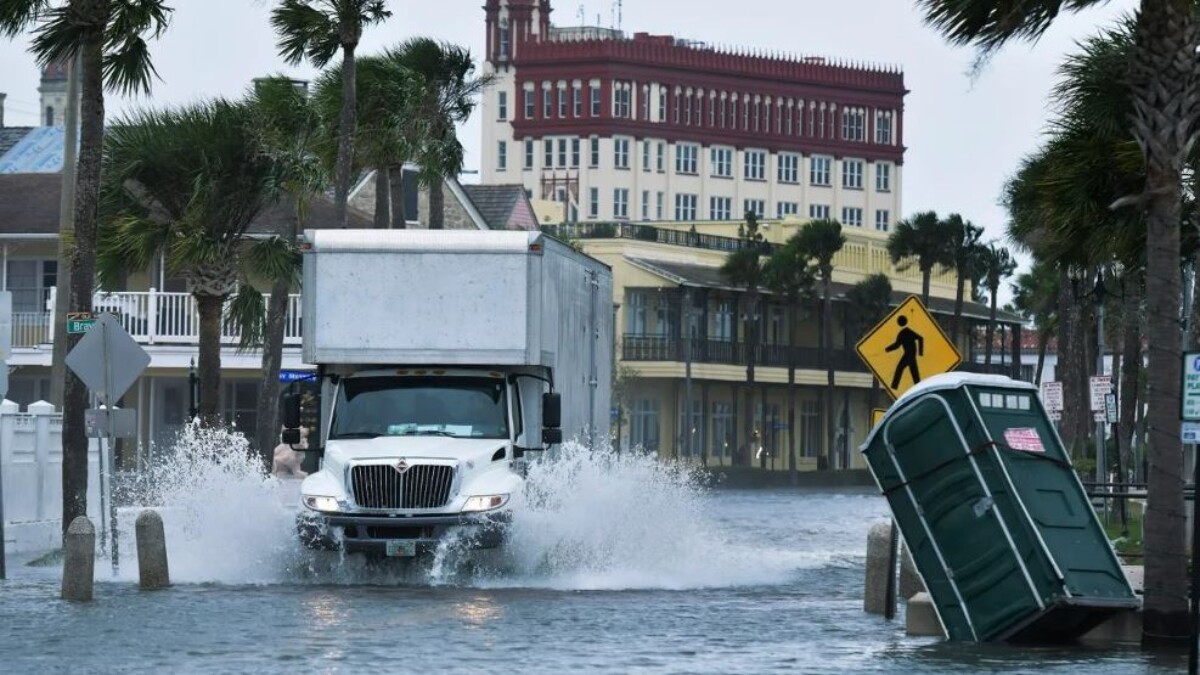 The outer edge of massive Tropical Storm Nicole reached Northeast Florida on Wednesday, bringing widespread cancellations and the potential for devastating flooding. The center of the storm made landfall on Great Abaco Island in the Bahamas late Wednesday and was 135 miles east of West Palm Beach at 4 p.m. Winds held at 70 mph with gusts as high as ...
END_OF_DOCUMENT_TOKEN_TO_BE_REPLACED
Read More