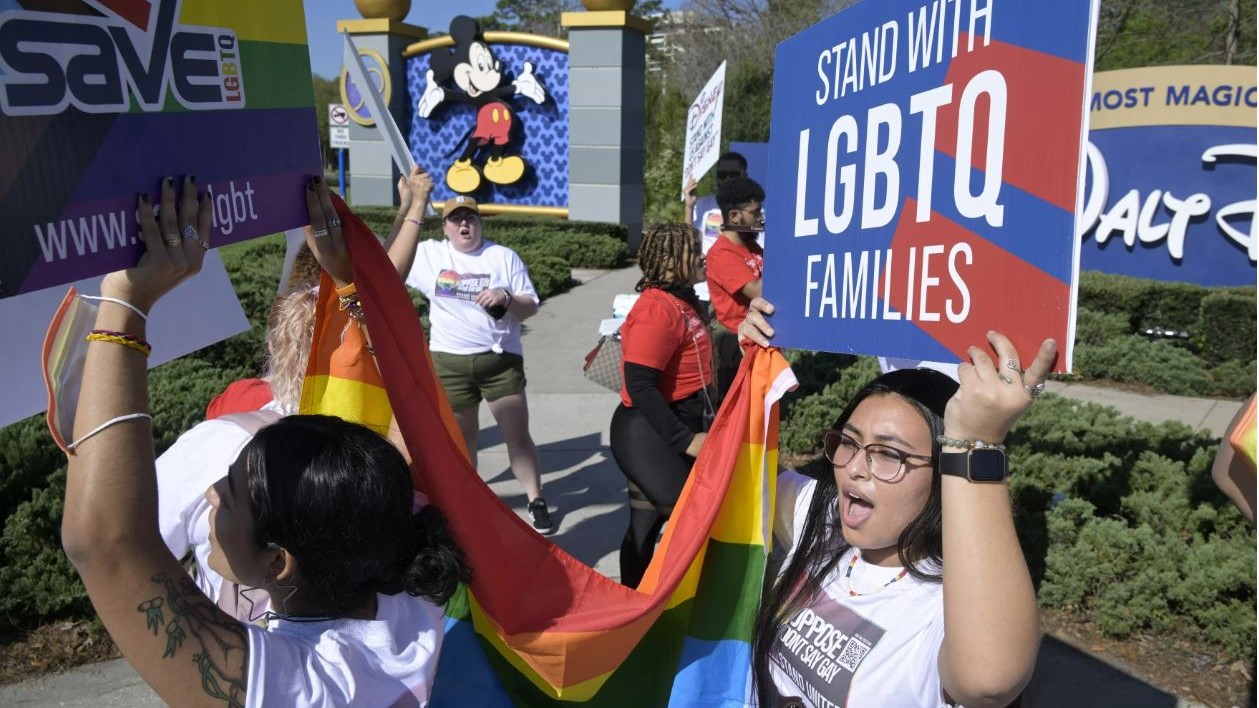 In a lawsuit against Duval and other school districts, a federal judge has refused to block the districts from carrying out a new state law that restricts instruction on gender identity and sexual orientation in classrooms, rejecting arguments by parents, students and a nonprofit organization.

The ruling last week by U.S. District Judge Wendy Berger was the second time in less than a month that a federal judge has turned down a challenge to the law. U.S. District Judge Allen Winsor on Sept. 29 dismissed a separate case, though he said plaintiffs could file a revised version.

Berger, who is based in Orlando, issued a 28-page decision that denied a request for a preliminary injunction against the law. Berger also dismissed the case but, like Winsor, said the plaintiffs — including parents, students and a nonprofit organization — could file a revised version.

The law, which has drawn nationwide attention, prevents instruction on gender identity and sexual orientation in kindergarten through third grade and requires that such instruction be “age-appropriate … in accordance with state academic standards” in higher grades.

Lawyers for the parents, students and nonprofit group filed the lawsuit in July against the school boards in Orange, Indian River, Duval and Palm Beach counties. In a motion for a preliminary injunction, they argued the law “was enacted with the purpose to discriminate and has the effect of discriminating against LGBTQ+ students and those with LGBTQ+ family members.”

They alleged violations of speech, equal protection and due process rights and pointed to steps that the school districts have taken to try to comply with the law (HB 1557).

But Attorney General Ashley Moody’s office and the school boards argued that Berger should reject the motion for a preliminary injunction, in part because the plaintiffs did not have legal standing.

Berger’s decision Thursday denied the injunction on a series of grounds, including describing the lawsuit as a “shotgun pleading” and saying the plaintiffs “fail to specify what policy or custom of each defendant supports liability” under the U.S. Constitution.

“Instead, plaintiffs dedicate their time exclusively to arguing that the underlying law is unconstitutional, without specifying any causal link between the actions of these defendants and the alleged deprivation of a constitutional right,” Berger wrote. “On this basis alone, the court finds that plaintiffs have failed to show a likelihood of success on the merits on any of the claims they attempted to allege in the first amended complaint (the lawsuit).”

Berger also said the plaintiffs had not shown they had standing. As an example, a married same-sex Indian River County couple, David Dinan and Vikranth Reddy Gongidi, are plaintiffs on their behalf and on behalf of their children, identified by the initials K.R.D. and R.R.D.

They alleged harm, in part, because the law would force them to “self-censor” during school activities, according to Berger’s ruling. But the judge rejected the argument, saying they had not alleged an “injury in fact.”

“Although they make vague allegations regarding their self-censorship at school events before the law went into effect, they fail to state any detail as to how they wished to exercise their rights since the law actually went into effect or might wish to exercise their rights in the future,” wrote Berger, who served as a state appellate judge before being appointed to the federal bench by former President Donald Trump.

Other plaintiffs include Orange County residents Jennifer and Matthew Cousins and their four children, including a seventh grade student, S.C. who is gender non-binary. They argued that the law would chill speech at school and could result in increased bullying of S.C.

But Berger found they had not shown standing.

“Plaintiffs have not pointed this court to any policy or procedure from Orange County that they allege has resulted in any increase in bullying that S.C. might experience at school,” Berger wrote. “While the court is sympathetic to the Cousins’ fear that their child may be bullied, it is simply a fact of life that many middle school students will face the criticism and harsh judgment of their peers. S.C. is not alone in this regard. Indeed, middle school children bully and belittle their classmates for a whole host of reasons, all of which are unacceptable, and many of which have nothing to do with a classmate’s gender identity.”

The plaintiffs are represented in the case by attorneys from Lambda Legal, the Southern Poverty Law Center, Southern Legal Counsel and the law firm of Baker McKenzie LLP. They issued statements Friday criticizing Berger’s ruling and vowing to continue fighting the law.

“The court’s decision is wrong on the law and disrespectful to LGBTQ+ families and students. HB 1557 suppresses wholesale the speech and identities of LGBTQ+ students and their families,” Kell Olson, a staff attorney at Lambda Legal, said in a statement. “It sends a message of shame and stigma that has no place in schools and puts LGBTQ+ students and families at risk. The students and families at the heart of this case have experienced more bullying in the months since the law went into effect than ever before in their lives, but the court dismissed their experiences of bullying as ‘a fact of life.’ The court’s decision defies decades of precedent establishing schools’ constitutional obligations to protect student speech and to protect students from targeted bullying and harassment based on who they are.”

Angela Vigil, a partner and executive director of pro bono practice at Baker McKenzie, said the plaintiffs “look forward to continuing the fight against this unjust and dangerous law. We plan to show the court and the state the harm caused to children and families by this law is destructive in so many ways for education, community, families and, most importantly, children.”

Other plaintiffs in the case are Will Larkins, a senior at Orange County’s Winter Park High School, and the non-profit CenterLink, Inc., which has members including LGTBQ community centers in Orange, Duval and Palm Beach counties. Berger gave the plaintiffs until Nov. 3 to file a revised lawsuit. 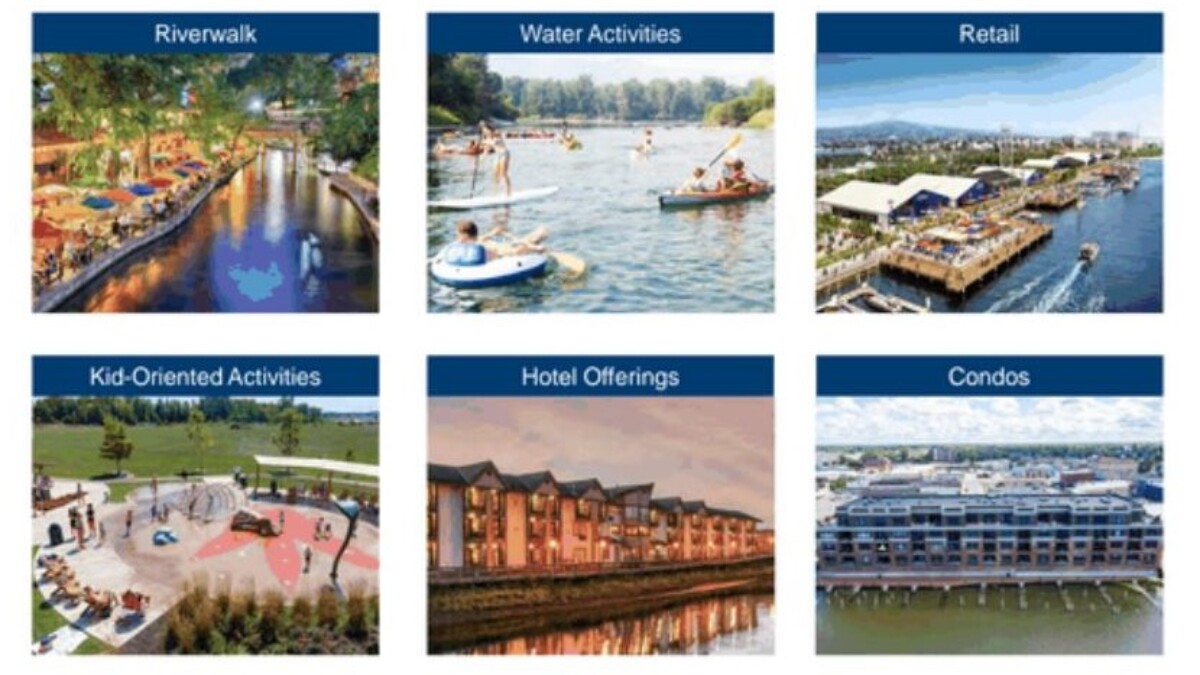 Clay County leaders are eyeing major improvements to their tourism industry that could bring everything from a huge waterfront shopping district in Green Cove Springs to a major convention center and outdoor parks. A real estate expert said that could transform the real estate market in the county. The Clay County plan is almost like a wish list for families ...
END_OF_DOCUMENT_TOKEN_TO_BE_REPLACED
Read More