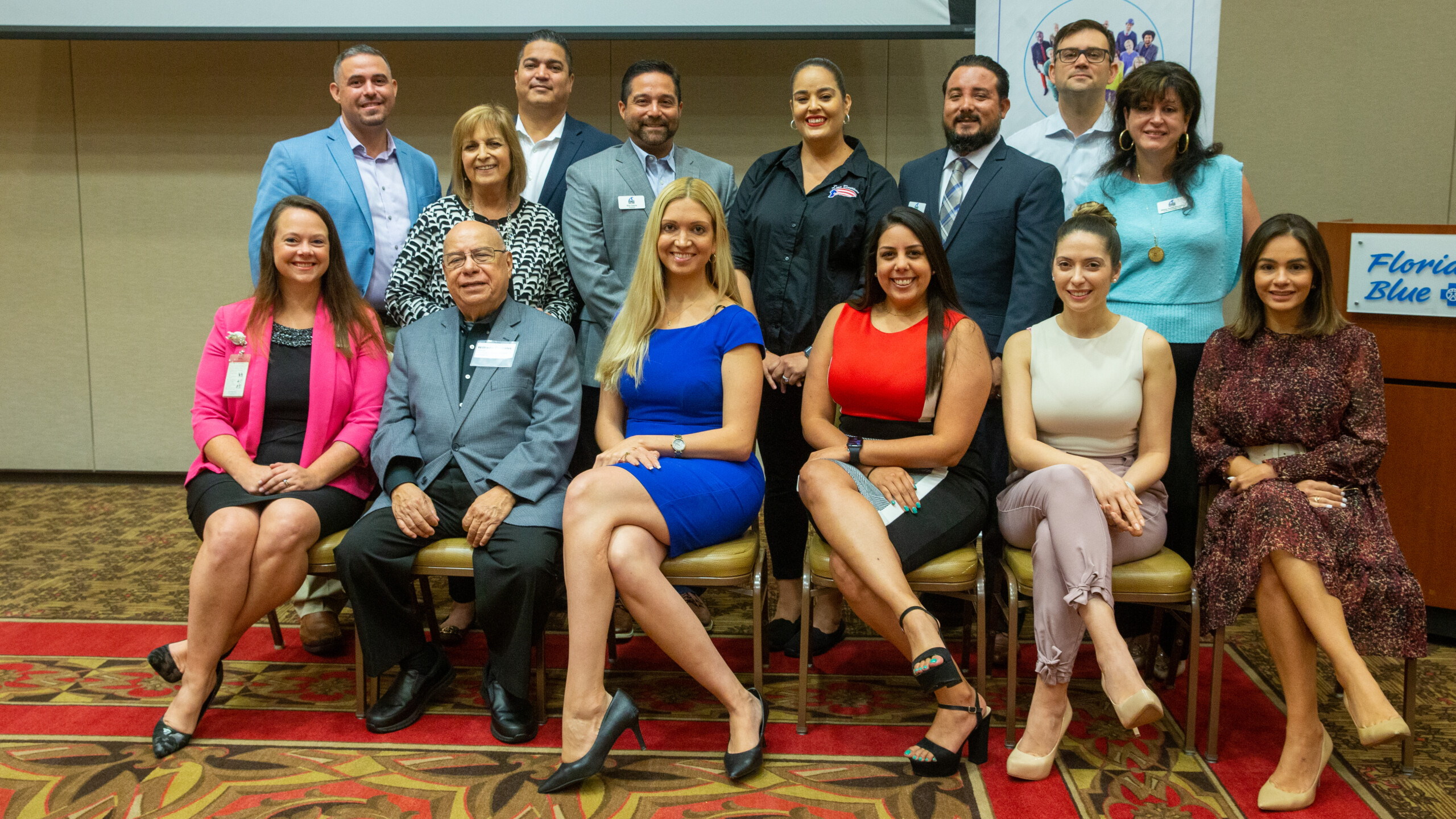 The First Coast Hispanic Chamber of Commerce, and numerous others in the region, will do all three for the next five weeks as part of Hispanic Heritage Month.

Duval County has more than 115,000 Hispanic residents. First Coast Hispanic Chamber of Commerce president Monica Hernandez says Hispanic Heritage Month is an opportunity to highlight the contributions of the region’s growing Hispanic population, with the largest numbers from Puerto Rico, Mexico and Cuba.

First Coast Hispanic Chamber of Commerce President Monica Hernandez said it’s vital for the chamber to provide connections and advocacy not only within the Hispanic community, but outside of it.

“If you really think of it this way, if the Hispanic community is successful, so is the community at large,” Hernandez said earlier this week. “We all benefit from one another.”

The chamber kicks off its month of festivities with a Tour of Flavors event where local Cuban, Puerto Rican, Mexican and Colombian restaurants will provide meals at a fixed rate for those who purchase tickets through the Hispanic Chamber.

Saturday, the chamber will partner with Feeding Northeast Florida, the Jaguars Foundation and others to host a food drive at the Roca de Salvación church at 9724 Arnold Road from 10 a.m. through noon.

The food drive began during the pandemic as a way for the chamber to remain active in the community without a mass in-person gathering.

This Sunday, the Hispanic Resource Family Cultural Center will hold a Taste of Latino festival at the Dupont Family YMCA on 7373 Old Kings Road South, with taco festivals also planned for this weekend and next in Jacksonville’s urban core.

The next month is about more than food festivals.

Voces de Hispanas is an oral history project that was also created amid the pandemic. St. Augustine-based historian Rebecca Dominguez-Karimi collected the stories of more than 40 people last year. This year, Dominguez-Karimi is expanding the project to the five-county region.

Her oral histories will be stored at the Jacksonville Historical Society, St. Augustine Historical Society, Clay County Archives and the Amelia Island Museum of History to ensure that the stories of ordinary, as well as notable members of the region’s Hispanic community are preserved.

“Economically, culturally we’ve contributed so much. The Menorcan community in St. Augustine has been there over 250 years, and they themselves have chronicled that, but many people who move here to the Jacksonville area don’t even know the Menorcan community exists. These little tidbits of information are so important for our future, for our children, for our children’s children, so they can know that, ‘Yes, we have those roots. And, our community did contribute to what Jacksonville is today.’”

Wilfredo Gonzalez, a former District Director for the U.S. Small Business Association, credits former Jacksonville Mayor John Delaney’s administration for anticipating Hispanics will be a part of Jacksonville’s growth. In 1998, Delaney and Tomas A. Jimenez Sr. co-founded the Mayor’s Hispanic American Advisory Board, a monthly meeting between the mayor’s office and the city’s Hispanic community.

During Delaney’s tenure, Hispanics accounted for 4.1% of Duval County’s population. Now, that number is 11.3%.

As of the 2020 Census, there were no ZIP codes in Jacksonville where Hispanics make up a majority of the population. However, there are pockets of town, such as the Pine Forest and Englewood neighborhoods, where the percentage of Hispanic people is as high as 30%.

Those neighborhoods are in LeAnna Gutierrez  Cumber’s City Council district. Cumber, one of the first Hispanics elected to City Council and a 2023 mayoral candidate, says Hispanic residents in her district tell her that education is paramount.

“It’s exciting that it’s recognized. I think back to my family and my dad and my grandparents coming over in the ‘60s and really achieving the American dream and giving me that opportunity,” says Cumber, the daughter of Cuban immigrants. I’m incredibly lucky to live in this country. I’m incredibly thankful for the opportunity afforded to my family. I try every day to give back.”

In its way of giving back this year, the First Coast Hispanic Chamber will award at least $20,000 to 10 students as part of its Hispanic Heritage Gala & Achieving the Dream Awards ceremony on Oct. 20.

“Diversity is so important,” Hernandez says. “From a representation standpoint, we need it. Not just at an entrepreneurial standpoint, but at other levels. It’s so important to welcome that diversity from the Hispanic community, especially as we are (Duval County’s) fastest-growing minority.”

Jacksonville sheriff candidates Lakesha Burton (D) and T.K. Waters (R) answered questions about crime, police misconduct, money and more during Thursday’s candidate debate hosted by Jacksonville Today and the Jacksonville Bar Association. It was their first public debate since the August 23 election, when Waters got 47% of the vote to Burton’s 33%. Because no candidate got more than half ...
END_OF_DOCUMENT_TOKEN_TO_BE_REPLACED
Read More