Opinion: What we learned from the August elections 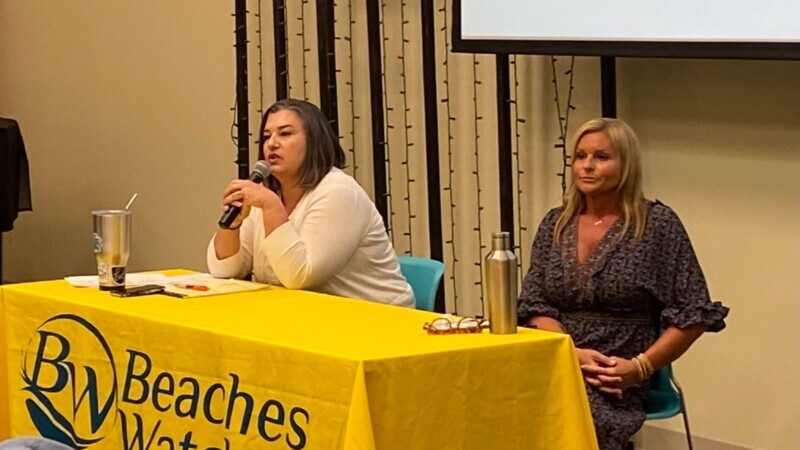 The 2022 primaries taught us a lot about how surprises are possible in local politics, even if some things stay constant.

The biggest surprise of all was in Congressional District 4, where in the Democratic primary, LaShonda “LJ” Holloway edged out Tony Hill, a former state senator and district aide to redistricted-out Congressman Al Lawson. Holloway is proof of the power of persistence, having run in District 5 twice before. She faces an uphill battle against Aaron Bean in a GOP-leaning district, but she’s in the game.

Another big surprise? The underperformance of Reggie Gaffney in his Senate bid. Back in 2018, there was a quiet push for former Jacksonville City Councilman Reggie Brown to run against state Sen. Audrey Gibson that died amid Brown’s legal troubles that led him to resign. The battle between Gaffney and Tracie Davis in Senate District 5 looked like that contest might have.

It was an absolute rout, and by the end Davis was raising major money (from trial lawyers, especially) while Gaffney’s funds dried up. Gaffney took over his brother Johnny’s City Council seat in 2015, and Johnny has worked for Mayor Lenny Curry for a while. But Curry is running out the clock on a second term, so for a while at least, Reggie Gaffney may be just a private citizen.

Some were surprised, of course, by how Gov. Ron DeSantis went 3-for-3 in his local endorsements last week.

DeSantis weighed in on the big-dollar donnybrook in House District 16, picking Kiyan Michael over former Rep. Lake Ray and current Jacksonville Beach City Councilman Chet Stokes, in what likely was the most seismic example of an endorsement that mattered in this region in recent history.

An endorsement and a $50,000 check from the governor’s political committee led to television and heavy mail down the stretch, and that was enough to move the district her way. She won all but one precinct in the end.

Expect Michael to be a staunch ally of the governor’s office going forward.

Two more staunch allies of the governor’s office will be on the Duval County School Board. Newly elected April Carney may have never answered the question of where she was on Jan. 6, 2021, but that didn’t matter to DeSantis, who endorsed her and incumbent Charlotte Joyce and rallied for them down the stretch.

DeSantis said last year that he was going to activate his “political apparatus” in these races, and he was as good as his word, energizing Republican voters here and around the state for a primary ballot where the biggest drama was over the size of Wilton Simpson’s margin of victory in the ag commissioner race.

School board meetings going forward, meanwhile, will be culture war cauldrons on issue after issue. It’s clearly what voters at the Beaches and on the Westside wanted.

If you’ve enjoyed the current era of literary analysis where various aggrieved adults go to meetings and read from young adult books they’d like to see erased in favor of Beverly Cleary and Encyclopedia Brown reboots, well, buckle up, because you’re going to see a lot more of that.

And who knows? Someone may get on Fox and Friends before it’s all over to talk about it.

Despite surprises in results, some things held true, and one of them was that a candidate who took the time and had the credibility to demonstrate real value to voters would get their just reward at the ballot box.

The most positive major campaign in this region was that of Democratic Rep. Angie Nixon, who was redistricted to HD 13 and opposed in the primary by a friend of political enemy Kim Daniels. Nixon got nearly 90% of the vote with very little negative advertising, while having to appeal to voters who were new to her. She ran a completely different race than she did in 2020, where her bid was one of contrast against the socially conservative Daniels.

Ironically, Daniels is likely headed back to Tallahassee after getting nearly 50% in a four way primary in which she carried every precinct in the new HD 14. Watching Daniels work with Davis and Nixon in the 2023 legislative session will make for some real drama that we will no doubt follow closely in this space.

Is reform coming to the Jacksonville Sheriff’s Office during the post-Mike Williams era? Based on what we’ve seen thus far in the campaign, expect the status quo no matter who is elected to replace Pat Ivey, who was appointed to the position after Williams’ resignation earlier this year. Oh sure, all the candidates talked about transparency, and they all say ...
END_OF_DOCUMENT_TOKEN_TO_BE_REPLACED
Read More