With the annual peak of hurricane season just two weeks away, JEA says it’s ready for whatever may come, despite supply chain issues that are plaguing the industry and stalling utilities’ efforts to address climate change.

Even after a couple years’ of minimal local hurricane impacts, Jacksonville’s city-owned utility is already struggling to procure transformers, cables and other materials due to rising prices and longer lead times, forcing it to stall projects.

“Our first and highest priority is to keep people that already have utility services operational with utility services. Our second priority is what we’re calling economic development. That is serving the community’s new developments,” JEA CEO Stowe tells ADAPT. “We put a pause on some of our projects, like our overhead-to-underground project where we have communities that want to move overhead electricity to underground for aesthetic and resilience reasons.”

The worldwide electric utility supply chain crisis is driven by several factors including the COVID-19 pandemic, the war in Ukraine, high demand, a series of historic storm and wildfire seasons and above average temperatures.

“Manufacturers can’t keep up with the typical demand now, ” says Anna Nagurney, a professor of operations and information management in the Isenberg School of Management at the University of Massachusetts, Amherst.

She says that means supplies like transformers can take many months to arrive — a problem when it comes to restoring power following a hurricane.

“After the first incident anywhere in the country, there will be a supply chain problem,” Florida Division of Emergency Management Kevin Guthrie recently told the East Central Florida Regional Planning Council, as reported by News 6 Orlando. “They will be able to get the power restored, but there are certain businesses or neighborhoods that may be on a generator power for months to years.”

Ted Kury, director of energy studies at the University of Florida’s Public Utility Research Center, is a bit more optimistic: “We’ve seen isolated outages of a month in recent years, so a month time frame is perfectly plausible, but I just can’t see years.”

“We increased our inventory levels much earlier and ordered additional amounts,” says Amy Zubaly, executive director of the Florida Municipal Electric Association, a trade association representing JEA and Florida’s 32 other municipally owned electric utilities. “Our hurricane stock is up and we have our regular operating supplies of materials, so I think that we’re set if we’re hit by one hurricane. Multiple hurricanes may be a little bit of a struggle.”

If multiple hurricanes were to strike this season — which is forecast to produce an above average number of storms in the Atlantic — utilities will have to get creative, Zubaly says.

“In past years, if that situation were to occur, we could always go back to the manufacturers…or we could reach out to many other utilities both in state and around the country…to help us fill those voids,” she says. “With shortages, those extra needs just may be a little bit harder to come by than they typically are.”

Utilities may also need to refurbish or repair more old transformers, use transformers that may not be ideal or use generators for extended periods of time, among other things.

“It’s risky to say we are ready for a storm because every storm is a little bit different, but we have done all that we can do,” JEA CEO Stowe says. “We have the supplies and materials to be able to respond to keep people on with utility service in the case of a storm, but there is pressure on us because those materials will need to be replaced if they have to get used for a storm and there are delays in getting them.”

Beyond potential delays, many in the power industry worry the supply chain issues could have long-term implications for slowing climate change.

“I’m in the process of trying to get 50 megawatts of battery storage into my system and build 900 megawatts of additional solar capacity, and the supply chain is now limiting my ability to paper the deals on the solar side and I can’t get a battery provider to give me a price point that they feel good about,” Rudy Garza, CEO of CPS Energy in San Antonio, Texas, said during a recent United States Energy Association event. “Our move to decarbonize the world is also going to be impacted significantly by the supply chain challenges, and that’s a policy issue at the state and federal level that we’re going to have to deal with.”

Utilities across the country are working with state and federal governments to address supply issues. The Florida congressional delegation recently sent a letter to FEMA’s administrator, asking the agency to take any steps necessary to help increase production. Florida Sen. Marco Rubio introduced a bill to establish an energy grid product manufacturing loan program at the U.S. Department of Energy to help expand domestic production.

“Steps are being taken to help increase the production and to shorten those lead times,” says FMEA Executive Director Amy Zubaly. “It’s not something that’s going to occur overnight.” 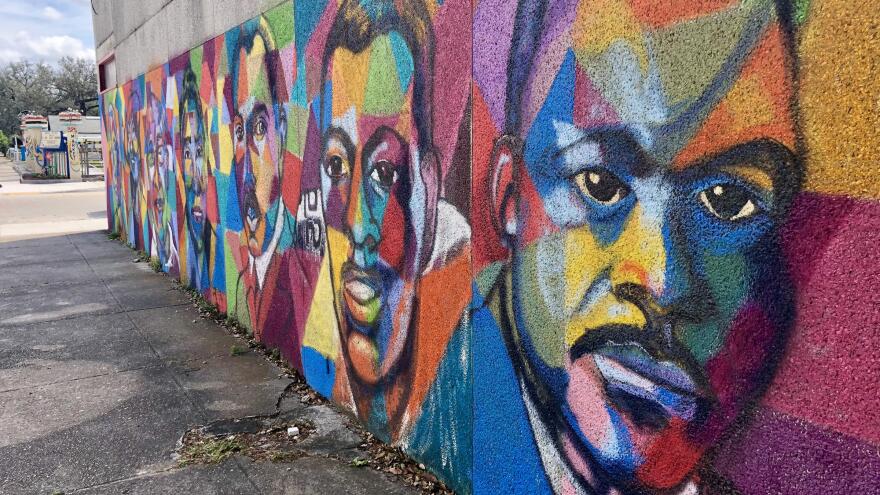 ADAPT Jacksonville named at risk for ‘climate gentrification.’ How can we lessen the threat?

A researcher at FSU says climate change fueled displacement of residents is a looming "existential crisis" for Jacksonville and other major Florida cities. Read More