Opinion: Short on the things we need Monday morning marks back-to-school time for my son along with thousands of other Duval County students. In preparation, I have been keeping my eyes and ears tuned to the news of the bus driver and teacher shortages.

I’ve checked the database to see how this will affect my son. (At the time of this writing, he’s been assigned a teacher but the bus stop and driver is still a little iffy). However the shortages might affect my household, these critical staffing shortages are indicative of the value-system failures in our country — in our economy — to see people who fill these positions as worthy.

Education workers are undervalued monetarily, with the average teacher salary in Florida set at just under $50,000, as well as professionally. They may be considered “essential,” but are treated and talked about by some in our society as if they are useless. For the amount of work they do caring for and educating our children, putting up with irate parents, inane state laws, ever-changing curriculums and tests, and the threat of death by mass shooting, it’s no wonder so many have left the profession. Beyond burnout, is teaching really worth dying for?

Further, the shortages we see in education extend to health care. While we may esteem doctors and nurses, the high cost of their postsecondary education and the privatization and commercialization of medicine have forced health care workers to focus on profit and not necessarily making sure those who need help can receive help.

And that’s not to mention we’ve lived through a pandemic where deaths nationwide were comparable to what’s seen on battlefields. Wanting to help and knowing you can’t creates an immovable and unshakeable grief that weighs on health care workers to the point that some leave the profession and unfortunately some take their own lives.

And the shortages of folks working in health care and education are not the only deficiencies we face. There are supply chain shortages, formula shortages, vaccine shortages and a housing shortage. Why is it that we’re always nearly out of everything we need?

Economists may say it’s the ugly side of supply and demand. Home building plummeted during the Great Recession and has recovered slowly despite the recovery of both the economy and the stock market. More people were home during the pandemic, which meant they were buying more things, and that created the backlogs we see in the supply chain. The formula shortage crippled a country of young parents due to monopolization, strict rules on what can be imported from where, and an outbreak at a plant where the alarm was sounded too late to let people, especially parents, prepare in advance. But even these viable excuses are not the answer.

The question is not, “Why are we always short on what we need?” but, “Why are we complacent and accepting of such continued shortages?” Why does the United States thrive when its citizens are forced to subsist in an environment of scarcity and lack? In the “richest nation in the world” why is there such a paucity of resources that could ease the burden of daily life?

Teachers, bus drivers, doctors, nurses, houses, apartments, food and formula are the things we the people need to care for ourselves and for our families. Yet they are in such extreme straits that we are learning to do without rather than demand a systems change that will turn these issues on their heads in an effort to restock in abundance the supply.

We could be better for it. We could be a nation that not only stockpiled its riches but shared them so that the people were as rich in bare necessities as the country’s image on the world stage advertises we are. Instead, we have to beg, borrow and sometimes steal what we need just to get by, hoping no one sees through our facade. 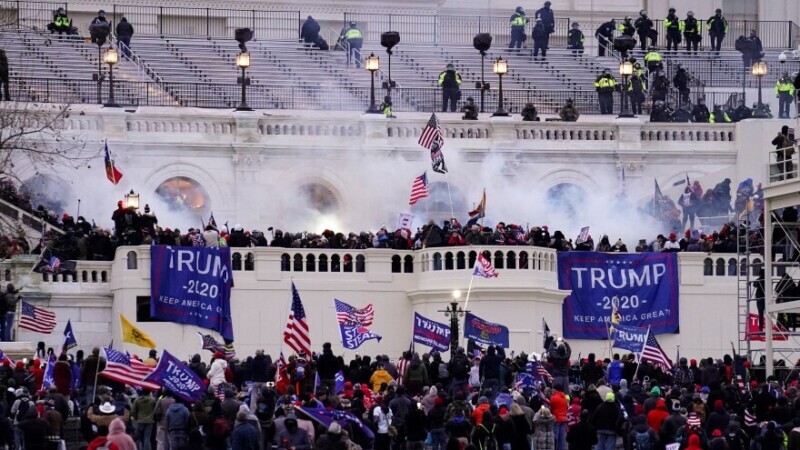 On Jan. 6th, 2021, I sat beside my mother in my living room, eyes glued to the television watching the attack on the Capitol. I thought, I tweeted and I said repeatedly, “If that had been Black people, they’d have been dead.”  It’s the same thought that circles my mind every time I see the footage either during the hearings ...
END_OF_DOCUMENT_TOKEN_TO_BE_REPLACED
Read More