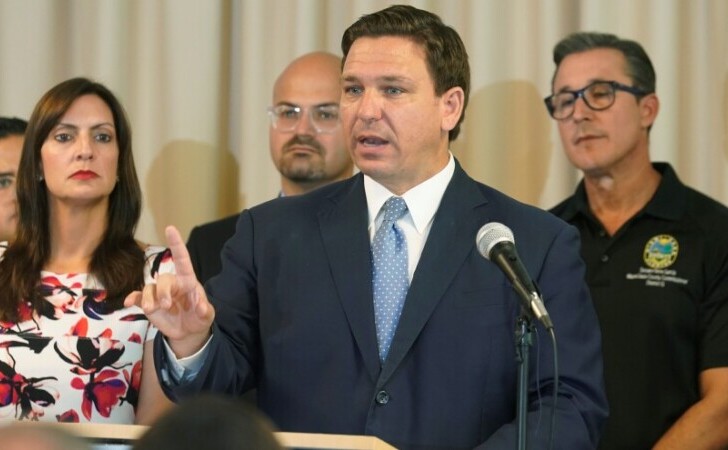 Former Florida Times-Union journalist Matt Dixon, now of POLITICO Florida, had a “scoop” the other day that illustrated tragedies throughout the political process that ultimately settle on the chest of Northeast Florida’s body politic like a ton of bricks, an impact that can be blamed largely on one man in Tallahassee: Ron DeSantis.

Republican Erick Aguilar, a candidate for the nomination in the new 4th Congressional District, reportedly misled donors into making massive contributions to his campaign. He’d run two years prior in the old CD 4, getting almost 20% of the vote in a blink-and-you-missed-it run against John Rutherford.

This time around? Aguilar had a lot of money, raised from sea to shining sea. And as Dixon reported, many of his small-dollar money marks thought they were giving to, well, someone else … a Donald Trump, a Ron DeSantis, or a Rep. Jim Jordan.

What’s the saying? A fool and their money are soon parted.

This illustrates yet again the festering garbage barge of late-stage democracy and the demonic semantics of fundraising loopholes.

Aguilar, an ideological traveler who recently rejoined the GOP after a few years on his odyssey as a Democrat, found a way to dupe these doddering marks into thinking they were backing DeSantis in his war against the Big Tech Cartel or Trump in his war against Fake News or Jim Jordan in his … well, nevermind.

Aguilar’s Cyrano de MAGArac routine has been, thus far, the only successful bit of messaging he’s pulled off. He’s best known for weird mailers, such as one that claims “Trump won” the 2020 presidential election, and going to the ends of the earth in unhinged Twitter arguments with reporters or in making unsupported claims of fraud about his opponents.

The next issue specific to his new Congressional District 4 he talks about will be the first he talks about. But bigger issues are in play now by far than his Marjorie Taylor Greene tribute act, amid these thus far unrefuted reports of material misrepresentation by his campaign. Aaron Bean, his main opponent, wants the feds and the state of Florida to drop the hammer.

But who is to blame for this? Aguilar, obviously. But not fully.

Also blame Ron DeSantis, the walking, talking embodiment of said state of Florida in the year of our Lord 2022. He could have stopped all this, many times, but DeSantis breathed life into Aguilar like they were co-stars in a CPR demonstration video because he couldn’t dare get crossways with the base.

It was America’s Governor, recall, who rejected two separate map proposals from the Legislature that would have protected a minority access district in Duval County. The local boy made good decided the public interest would be served by vivisecting Jacksonville and putting it to the whims of the white flight suburbs.

The first map he rejected would have kept the sprawling Al Lawson district in play. The second map he nixed would have created a Democrat-winnable district in Duval County that wouldn’t have been protected in the statutory way but would have given local interests a fighting chance.

DeSantis wanted the “compact” map, though, and wanted to avoid “gerrymandering.” And, well, here we are.

His desire to crack Black voters and subjugate the needs of Duval’s most struggling communities to the whims of Fleming Island and Callahan speaks for itself. So if the price of jobbing out people who weren’t going to vote for him anyway is some disingenuous grifting MAGA yahoo on the ballot? As Madeleine Albright said in a different context, “We think the price is worth it.”

The only thing keeping this Aguilar clown show from botching Jacksonville’s legislative priorities for the next decade is Bean, the state senator opposite Aguilar in the primary. The district is drawn with a GOP advantage, and it will be tough for either Tony Hill or LaShonda Holloway to overcome that this November. Bean has raised nearly $350,000 in the first 28 days in the race. Unlike Aguilar’s haul, his donors knew what they were doing.

DeSantis could have endorsed Bean, who backed Adam Putnam four years before in the primary before mending fences thereafter. But he decided not to do it, at least before this writing. And now it’s too late. (So don’t even front with me if he drops some Monday morning endorsement to look like a leader.)

DeSantis wanted candidates for these new Republican target seats to debate at the “Sunshine Summit” this month, and rather than endorse Bean, the president pro tempore of the Senate, during a Jacksonville market stop weeks back, he chose to make this one a jump ball and not preempt this sad pastiche of a primary election.

You don’t have to be Britney Spears to see that’s his prerogative. But the decision not to send Aguilar a message and avoid this sideshow looms large — especially given rumored pressure to deny Aguilar a forum despite his qualifying for the event with 14% in a recent Republican Party of Florida poll.

So Jacksonville area voters are stuck with this spectacle. And if it weren’t for Aaron Bean, Aguilar might be going to Congress.

And for all of that, you can thank Ron DeSantis, who was so scared of the MAGA base that he couldn’t endorse a senator who carried his water for the last four years and kill this primary before this drama transpired.

Those who look at polls of DeSantis vs. Trump know why he would look the other way while a rogue operator beclowned a pivotal primary in his home area. The governor is competing for voters drawn to Trump, which along with the realities of the American right in 2022, means that he can never stand up to the Proud Boys or the other extremist wackadoodle subgroups of misfit toys. It’s not that he doesn’t know better. It’s that he does know better, and America’s Governor is too feckless and fearful to risk exposing himself as one of the very elitists his gimmick compels him to decry.

So Erick Aguilar? That ultimately was a problem DeSantis left to solve itself, at the detriment of a number of his staunchest political allies in this area. But that’s a subject for another column, or a series of random texts. 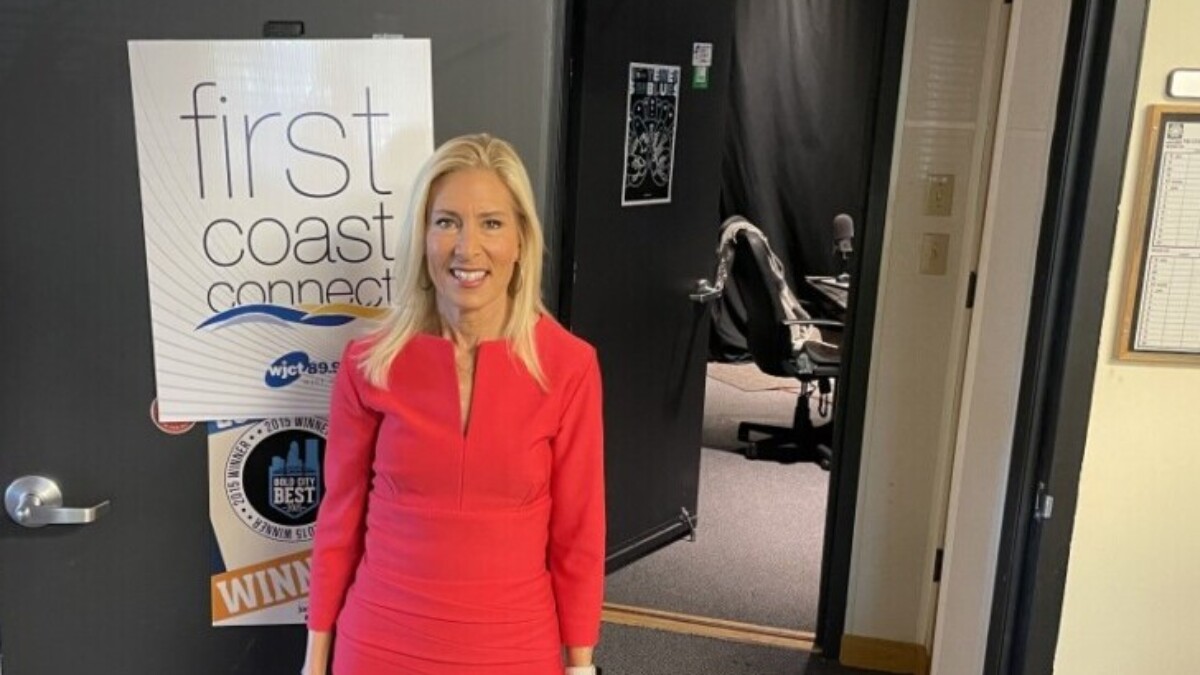 For the first time in many years, two serious Democratic candidates are running for Jacksonville mayor. And for backers of one of those candidates, two Democrats in the field was one too many even before a third Democrat, Theresa Ann Richardson, filed for the race last week. Supporters of former newscaster Donna Deegan continue to suggest that Sen. Audrey Gibson launched ...
END_OF_DOCUMENT_TOKEN_TO_BE_REPLACED
Read More